Also known as Aspropotamos (Whiteriver), possibly because its water takes a pale white colour as it crosses the rich in clay minerals grounds of Pindus, Acheloos begins its journey from mount Lakmos (Peristeri) at an altitude of 2,000 meters. Greece’s second longest river after Aliakmonas, it springs from Chaliki village and flows into the Ionian sea, having covered over 220 km. It also helps to sustain multiple ecosystems, which have survived along its banks for thousands of years.

During the last few decades, heavy industralization and the need for more and more energy have led to the construction of three dams, known as Kremaston, Kastrakiou and Stratou. More recently, another huge wall of cement has sprouted just outside Mesochora village. Construction began in 1985, yet the dam has still not been completed, mostly thanks to the efforts of environmental and political groups, who are doing what they can to avoid the destruction of a unique natural habitat in the name of “progress”, as well as parts of the local population, who do not wish to abandon their homes. Supporters of the dam claim that it will provide water for the ever increasing needs of the agricultural area of Thessaly, while simultaneously generating electricity by hydropower. 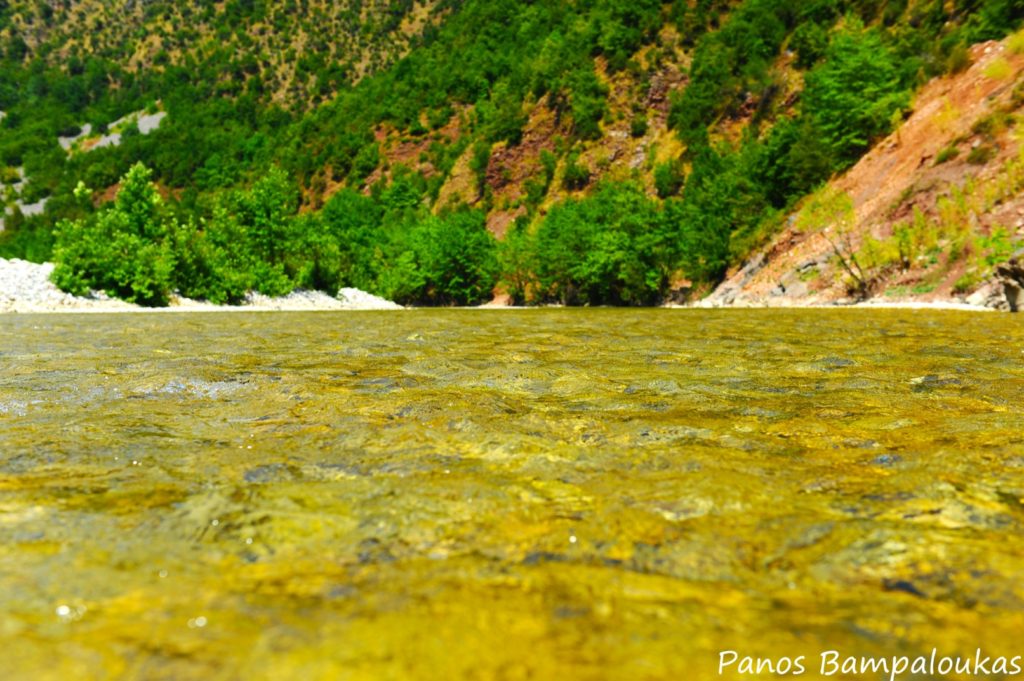 However the residents of Mesochora village and numerous environmental organizations and political groups oppose to the diversion of the river since it will result to the loss of thousands of acres of forest and to the disruption of a valuable ecosystem. A trip to the area is enough to to realize the magnitude of the disaster. Our photos in the section Acheloos depict areas that will be lost due to the diversion.. 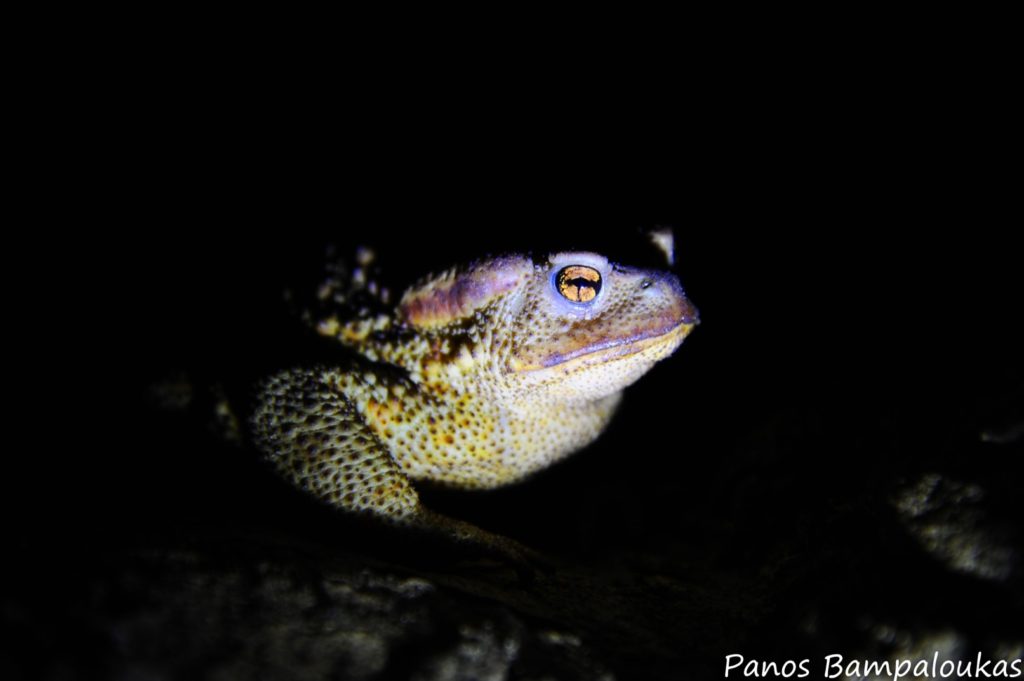 From 1994 to 2006, the Supreme Court  (Counsil Of the State), ‘froze’ four times the work, rejecting the environmental impact studies. Meanwhile, the dam of 155 meters, was partially constructed so that a part of the forest to become a worksite.Finally  in 2006 the government bypassed the Court  with legislation but in 2009 the Court  made 24 queries to European Court of Justice (ECJ), in 2010 – and while the answers were still pending, the works were interrupted again, after an appeal of “WWF Hellas.”
According to the plenary of the Supreme Court:  “the resuming of  the works and any possible operation of manufactured sub-projects will result in further deterioration of the natural environment, ie further deterioration of the landscape, breakdown of the river and riparian ecosystems of the Acheloos and charge of the water resources of the river and flooding a large part of the settlement of Mesochora. ” A year later, the Ministry of Public Works was authorized to carry out maintenance work on the diversion tunnel. The authorization didn’t allow the continuation of the project, but what kind of work carried out on the sites is extremely difficult to control.
In recent years, local agencies, environmental organizations and groups of anarchists, fighting for the salvation of Acheloos, organize actions at Mesochora and in other areas. The main argument against the construction of the dam is the fact that an area of outstanding ecological importance will be sacrificed without even solving the huge problem of irrigation plain of Thessaly, where the emphasis on monoculture and intensive industrial agriculture have resulted in the squandering of almost all water resources of the region. 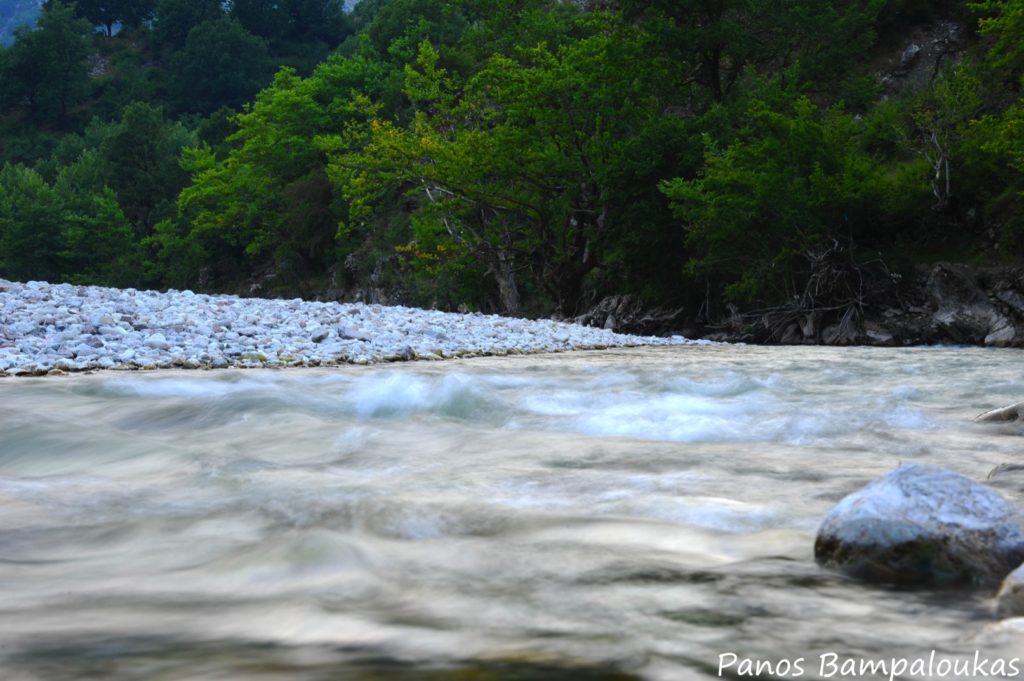 The team of mountains greece expresses its opposition to such human interventions which under the guise of “development”, causes irreversible damage to the natural environment. We believe that the intensive industrial agriculture, as well as the creation of more and more power stations, not only is contrary to the so called  “green growth” but also encourage excessive consumption, which is responsible for many ills of our times. Especially if the implementation of such projects requires the destruction of a landscape of incomparable beauty, one of the few that have remained virtually intact throughout the country.
History
In ancient times, Achelous was worshiped as a god, like many other large rivers in the Greek territory. He is depicted in numerous vessels, starting from the 6th century. Son of Oceanus and Tethys, father of the Nymphs and the Sirens, was finally defeated by Hercules, who broke his horn. According to historians, one possible interpretation of the myth is the construction of flood protection projects in the area, which  tamed the bull-shaped god.
The legendary Horn, donated to the Acheloos by Amalthea, stepmother of Zeus, could symbolize the fertile earth, the result of these projects. Another legend says that the river created by the tears of Niobe, who fled to Mount Sipylo whenthe gods killed her husband and fourteen children.
On the river, which can be as wide as 90 meters, developed important cultures, as indicated by numerous archaeological remains in the region. 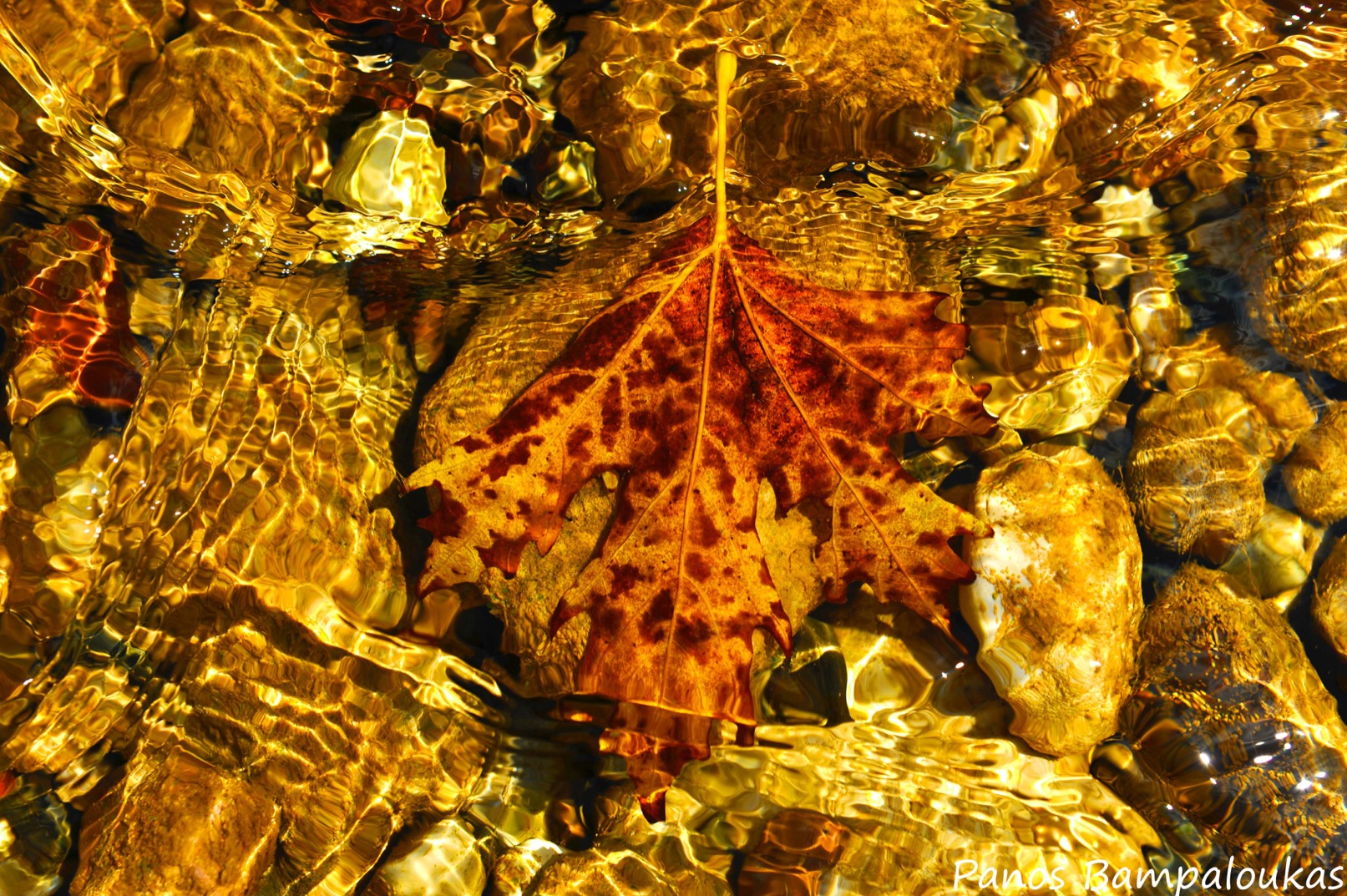 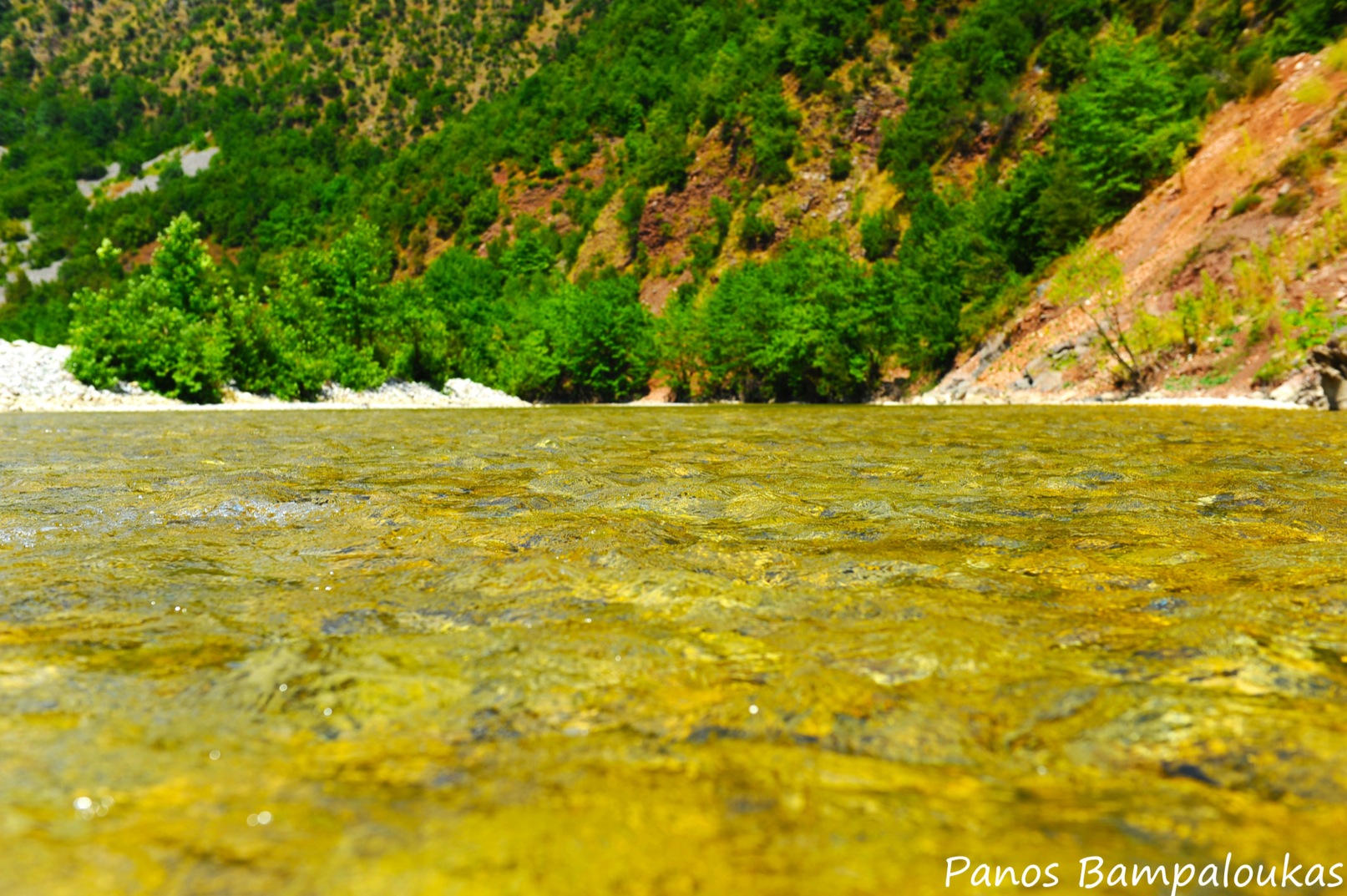 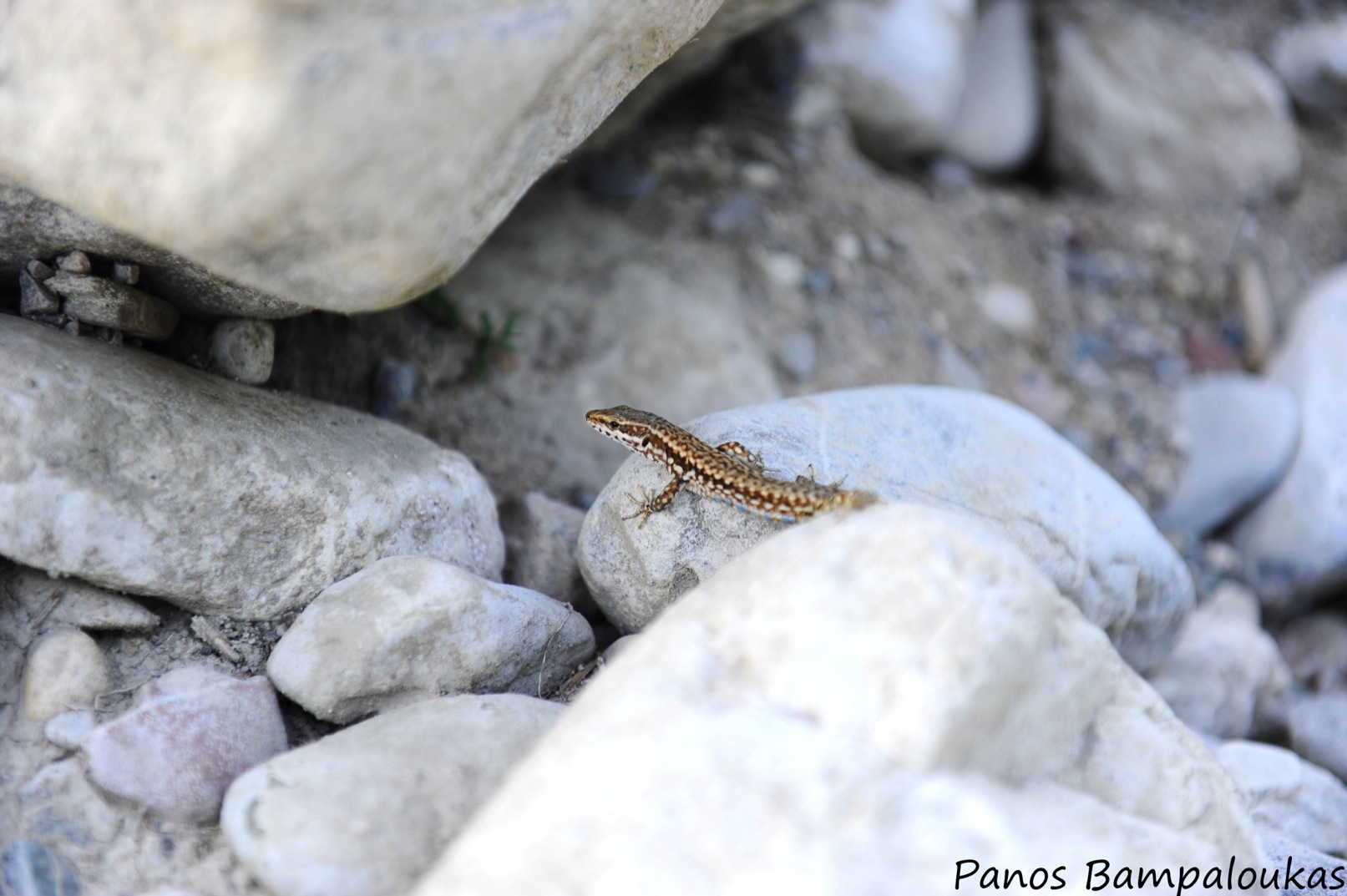 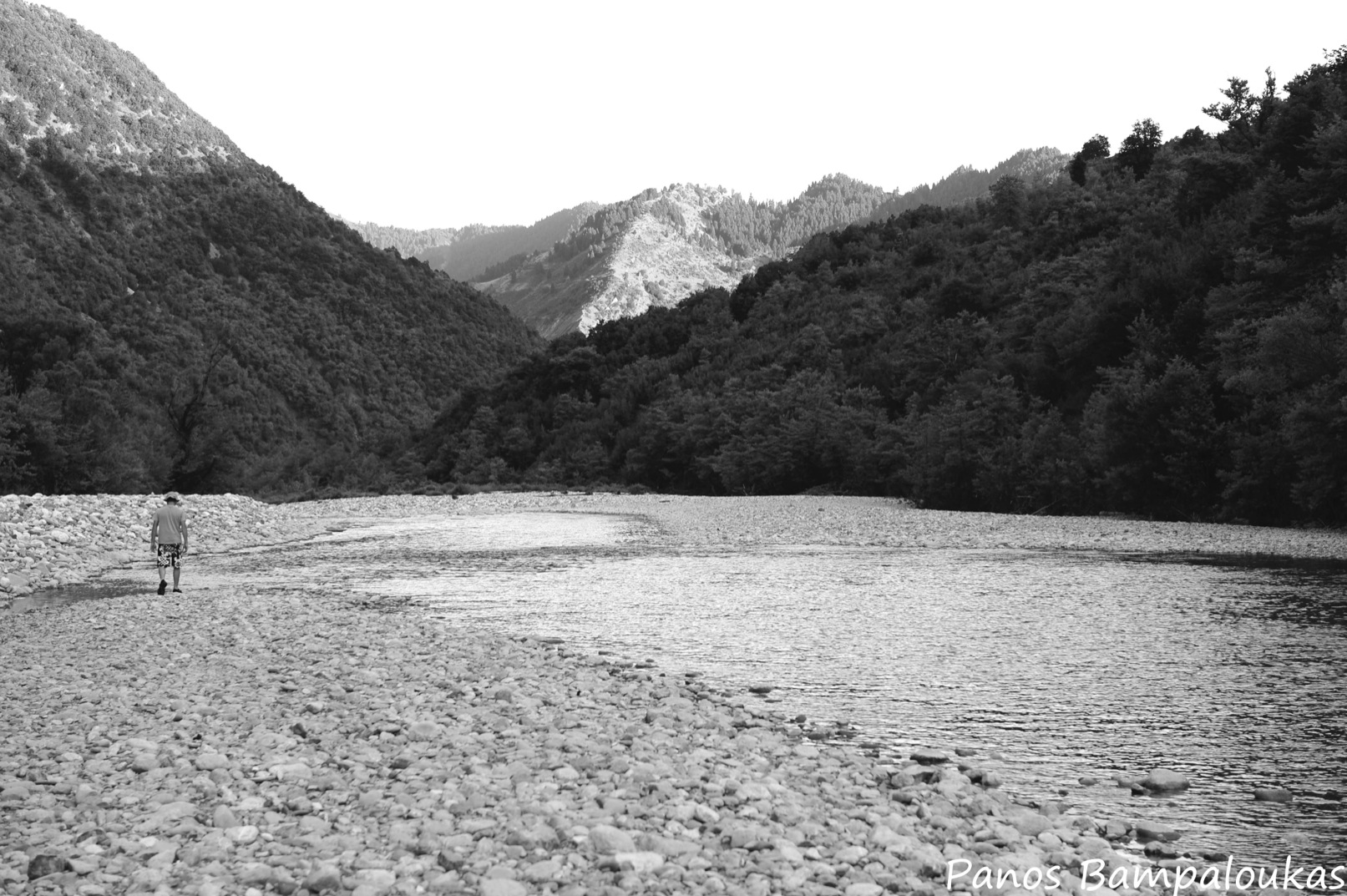 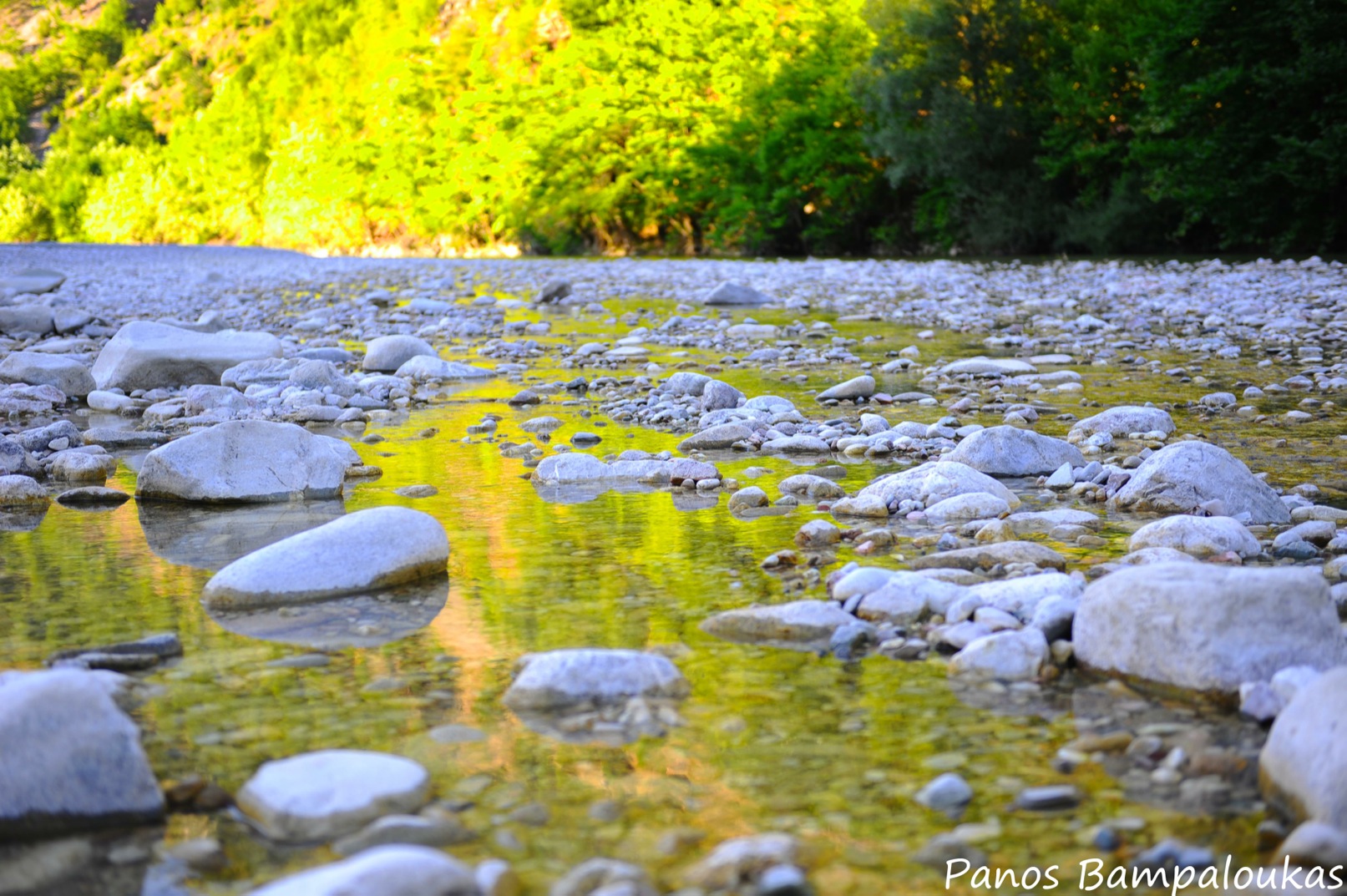 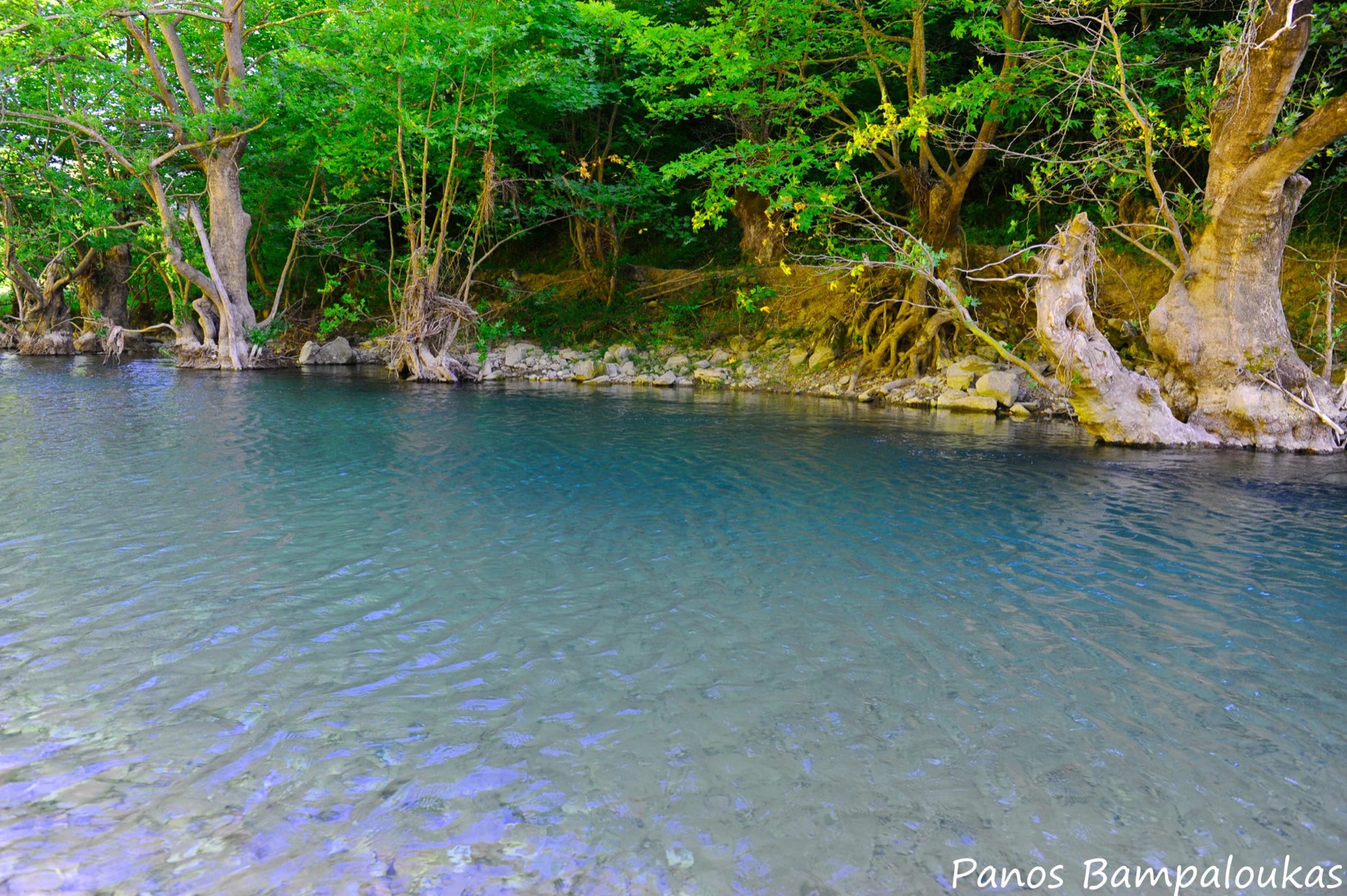 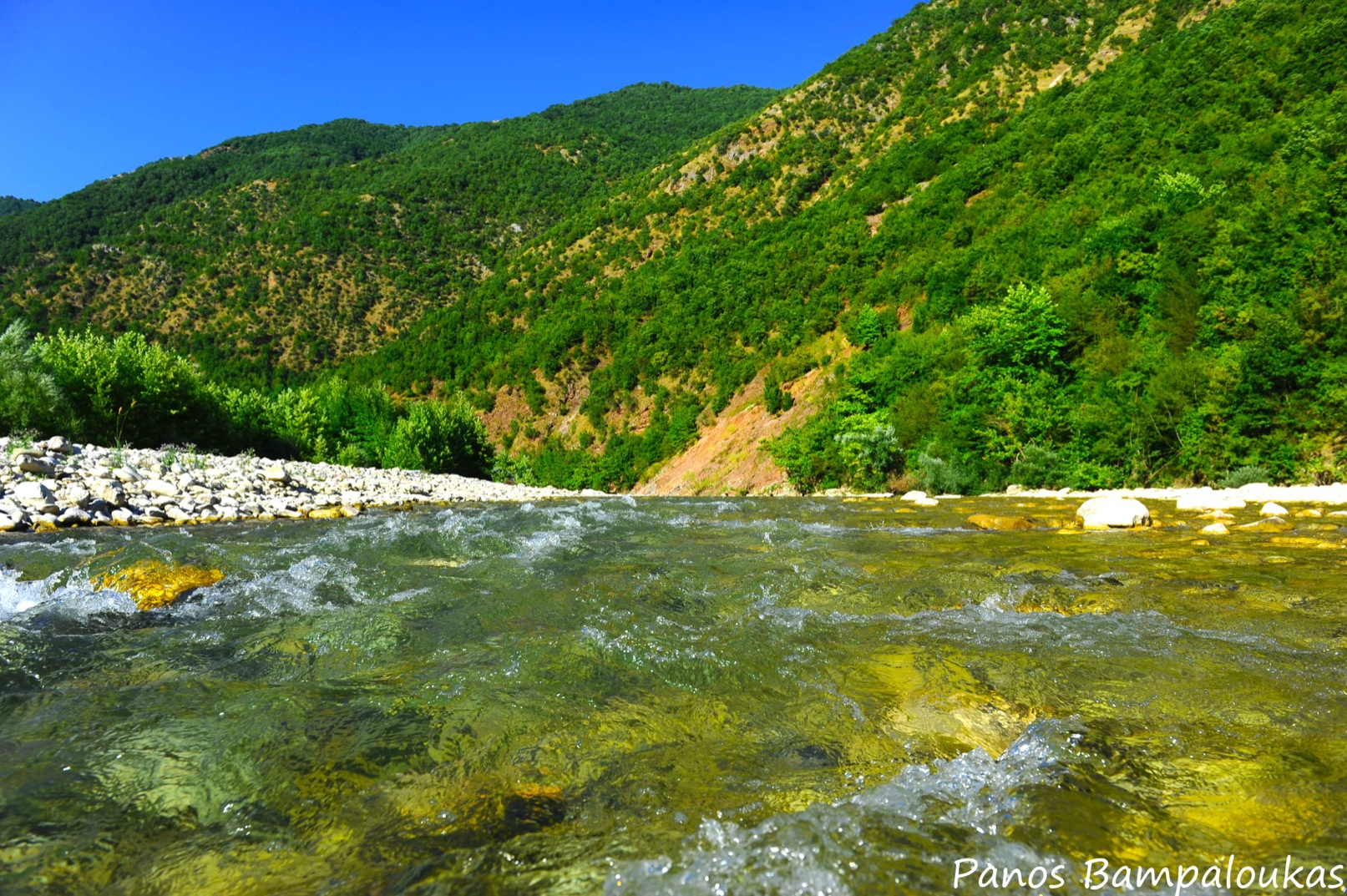 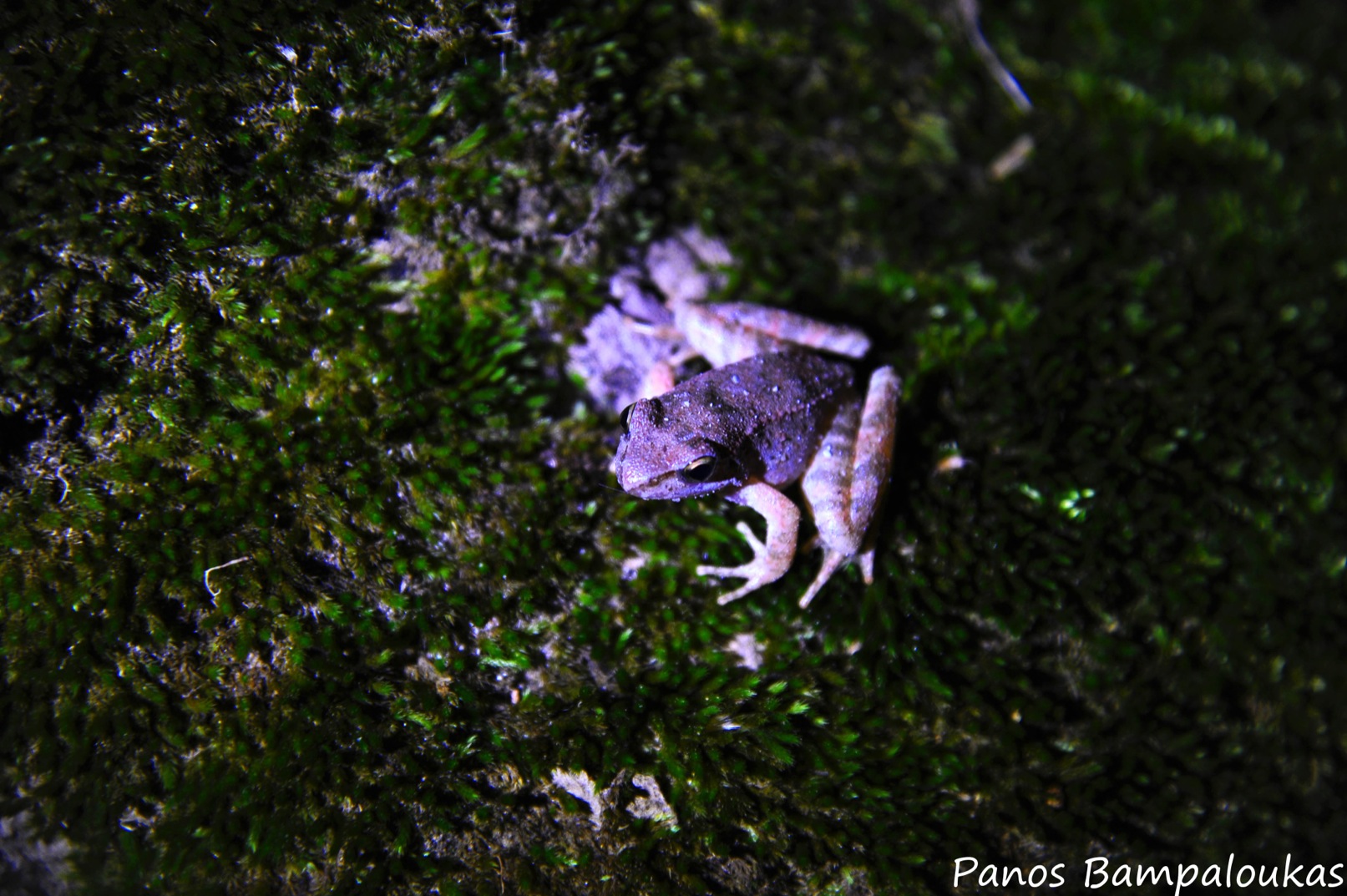 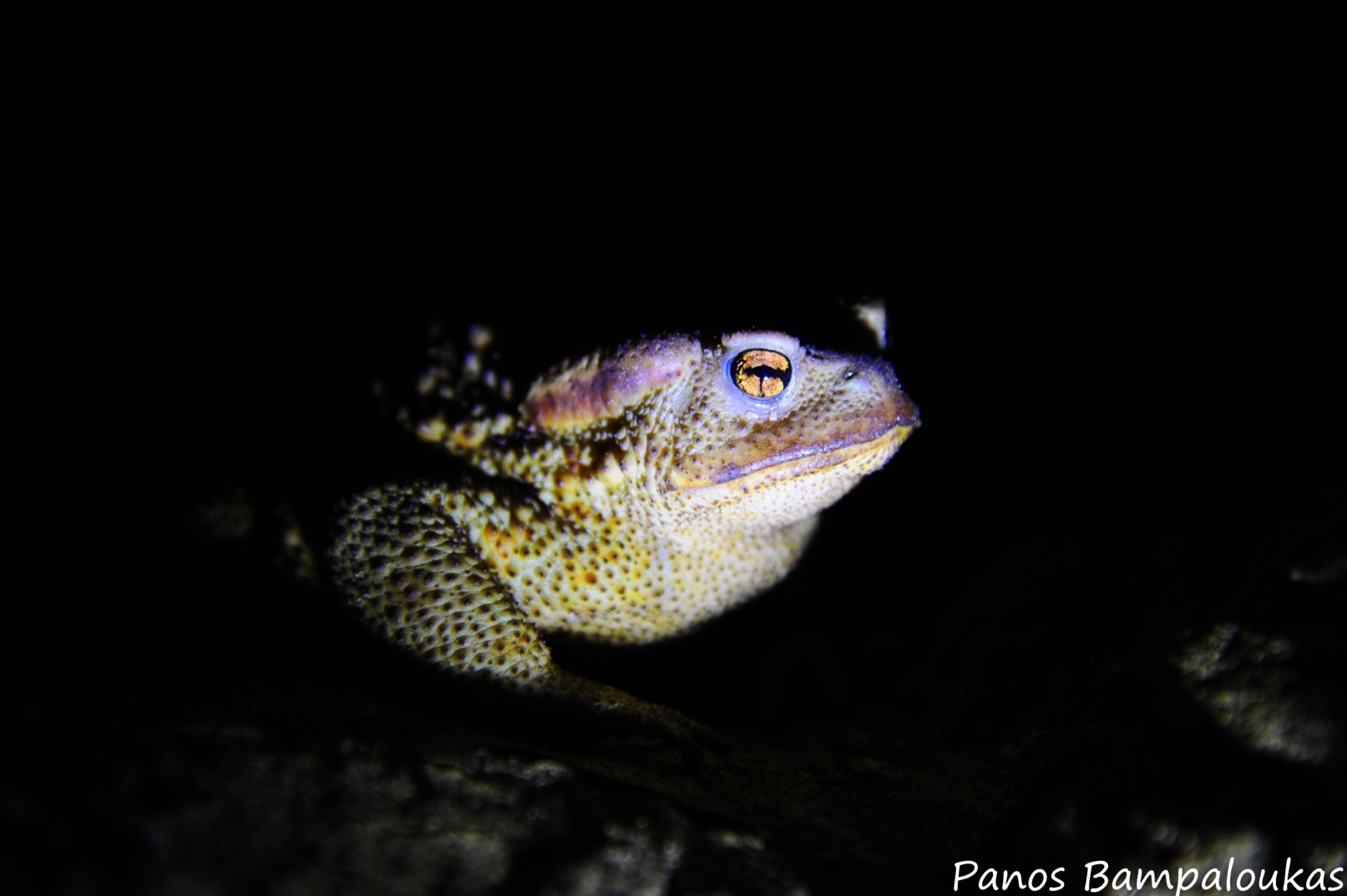 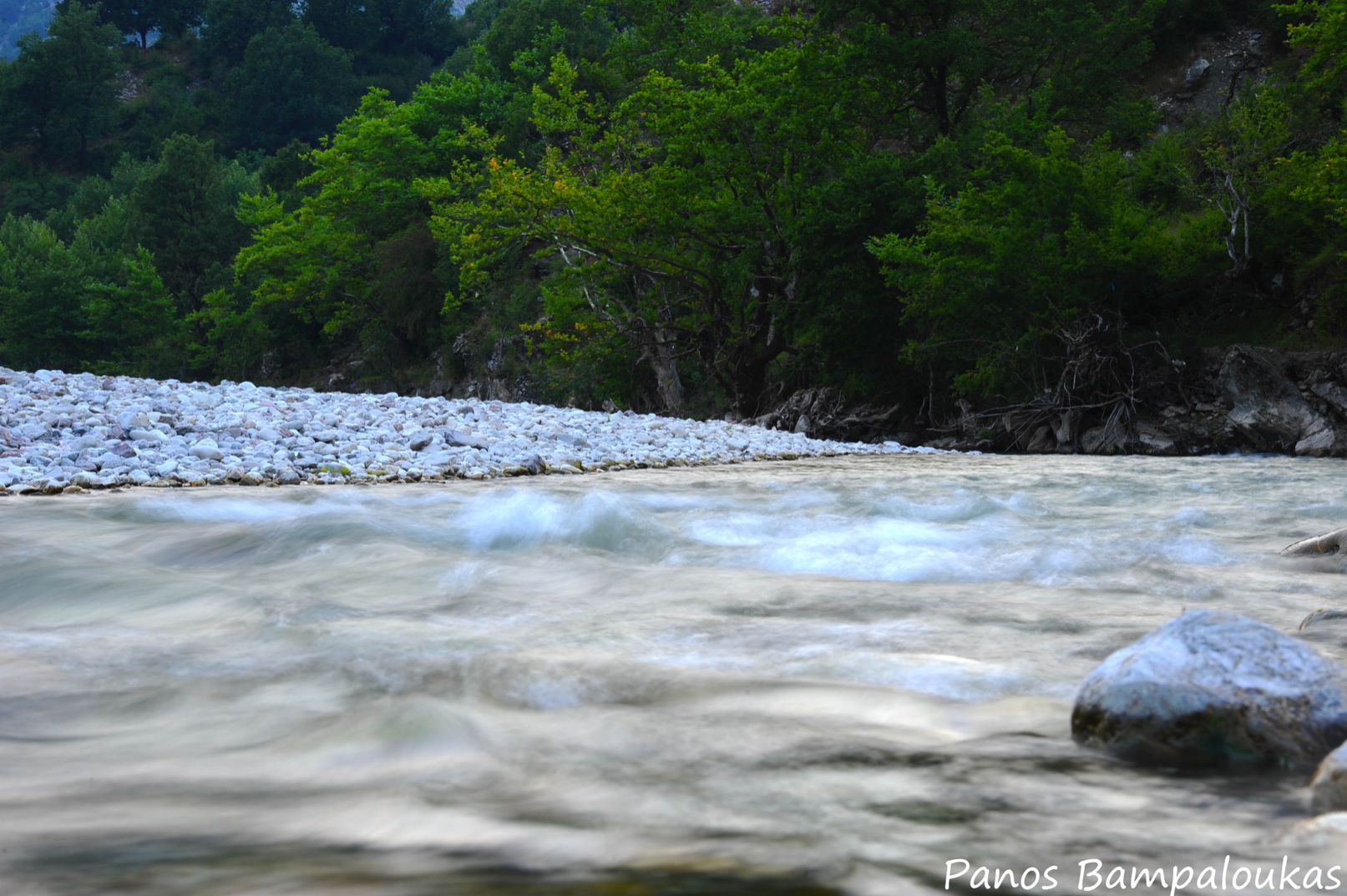 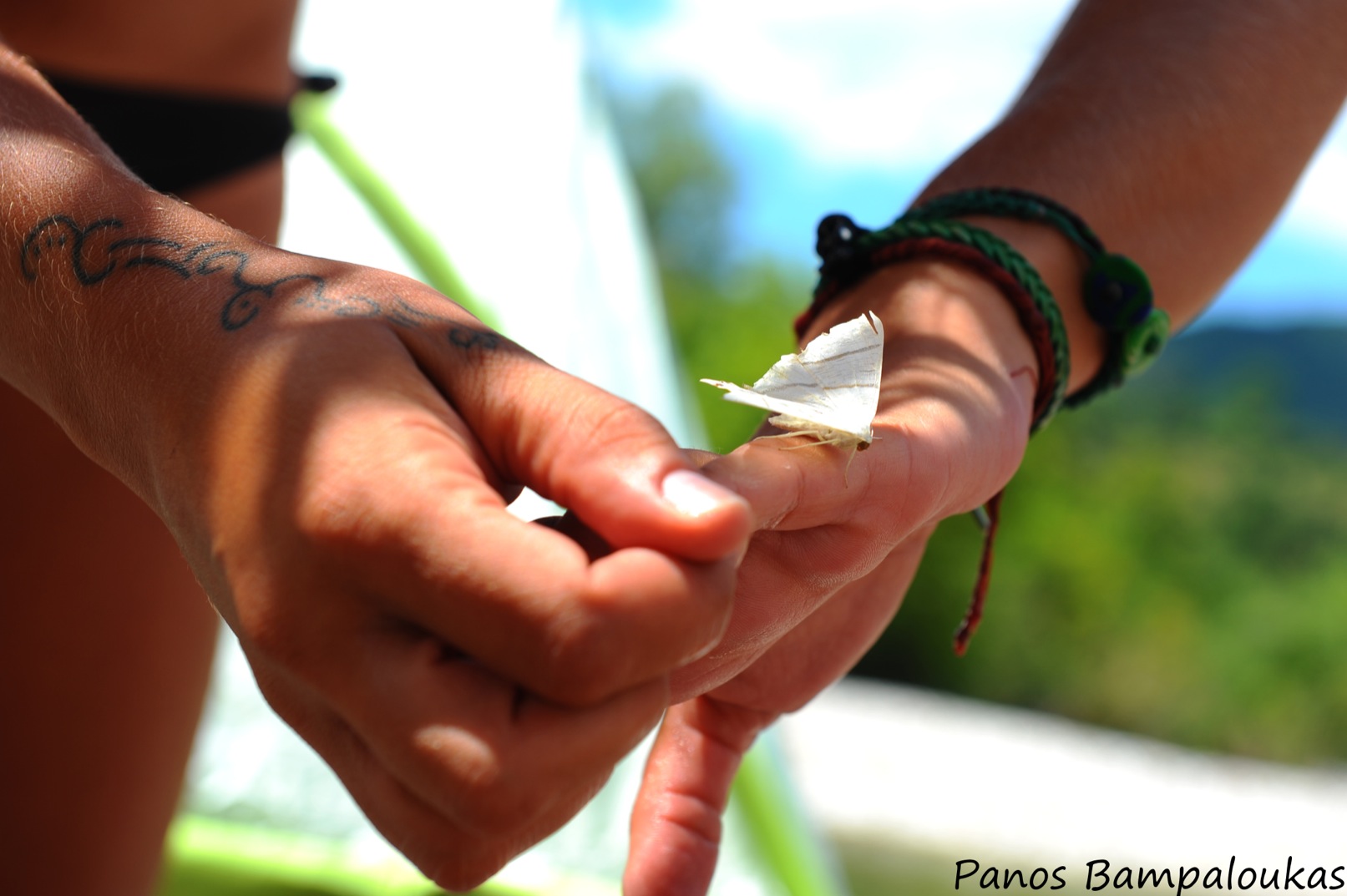 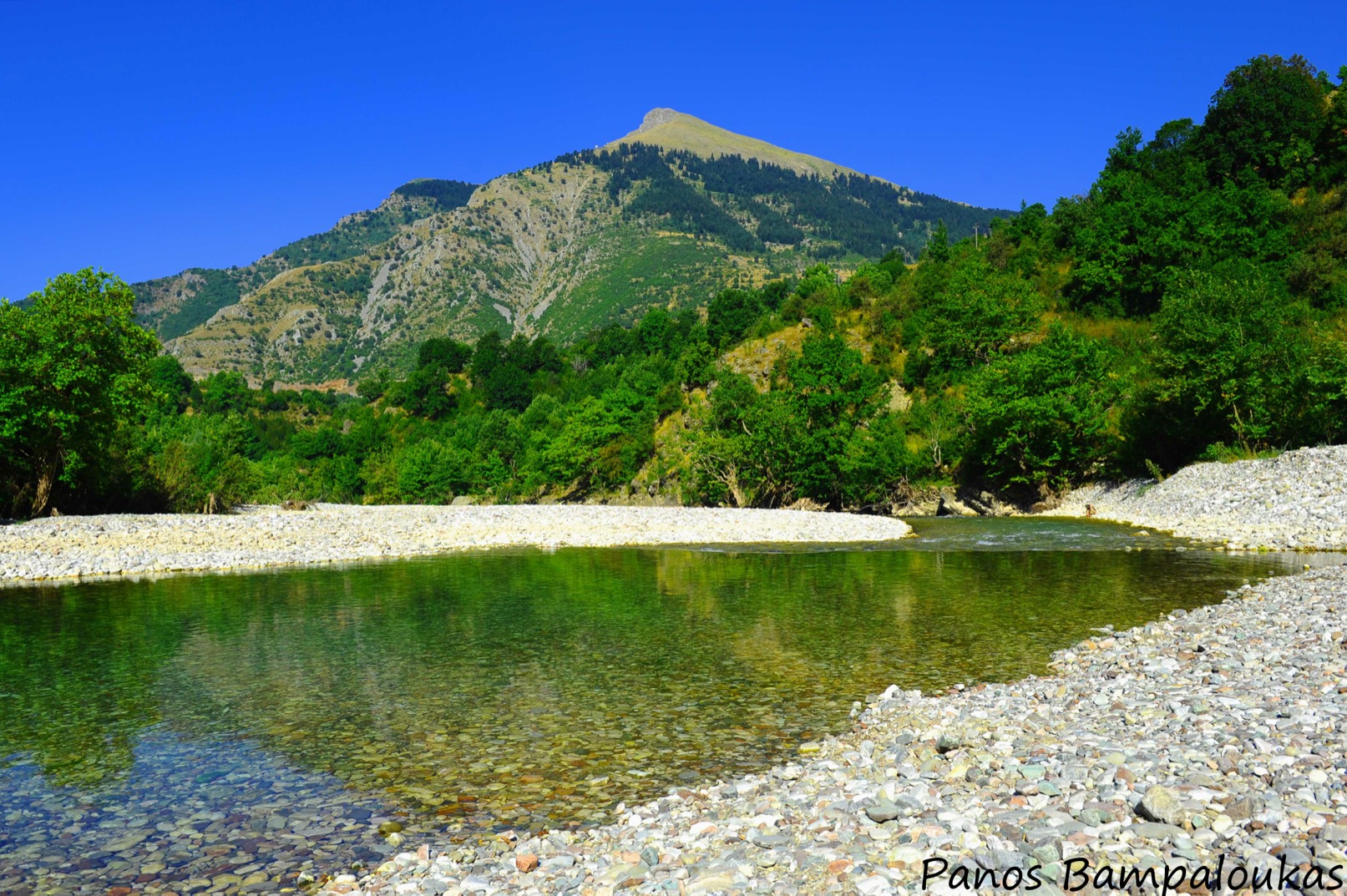 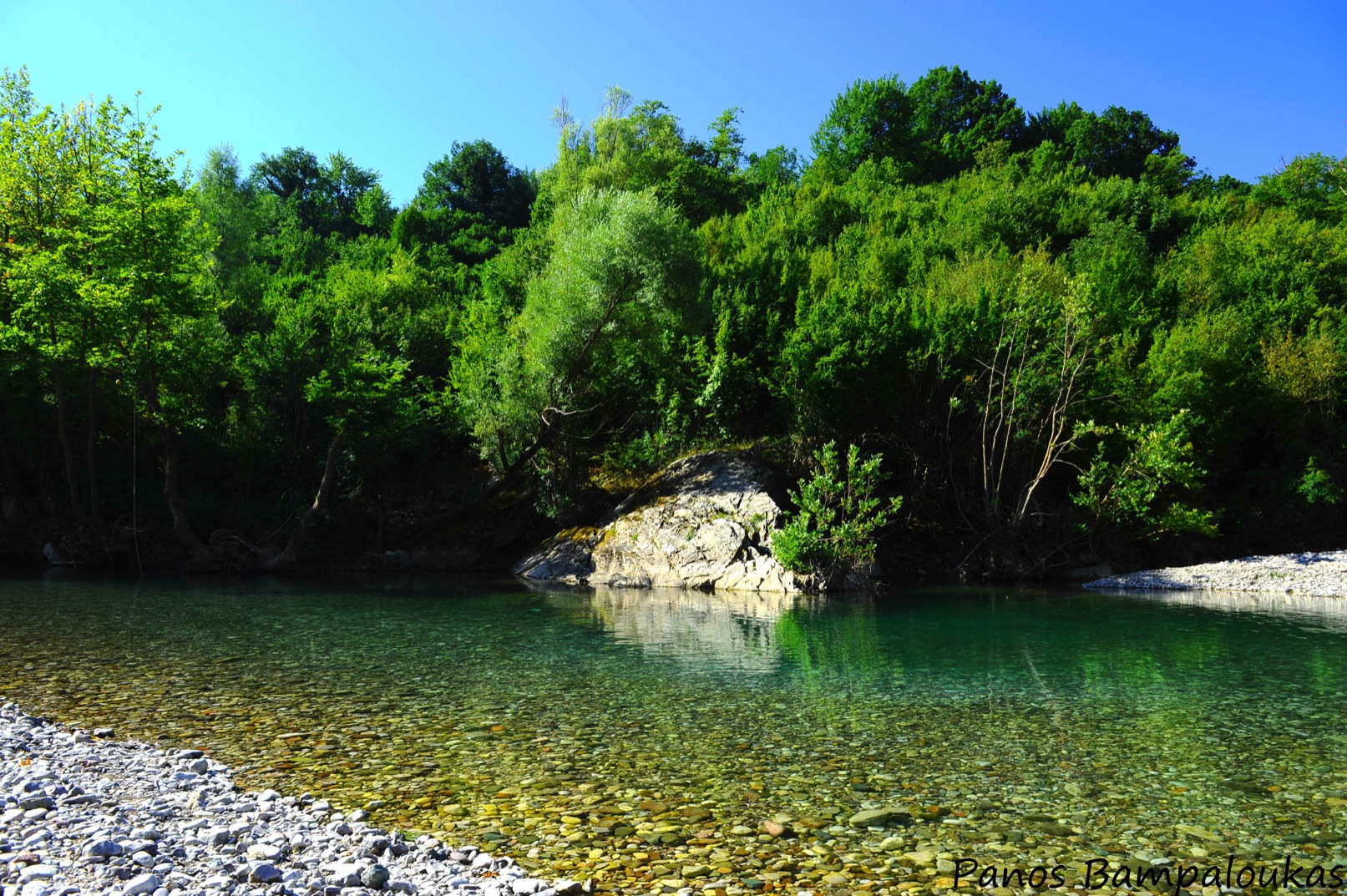