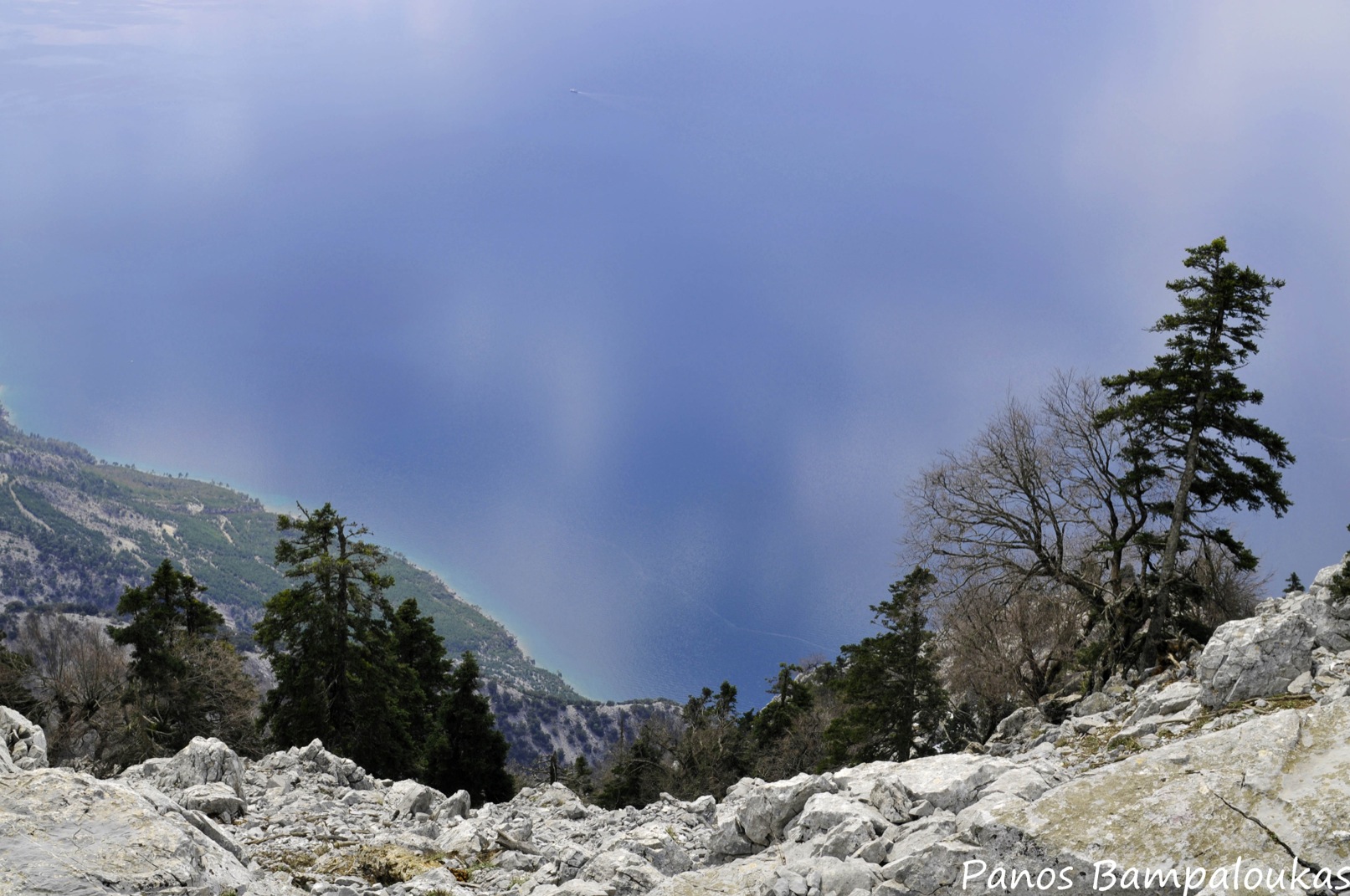 Long and narrow mount Kandili, in northwestern Euboea, is not the island’s highest mountain, but it is renown for its spectacular views of the Eubean Bay. Despite its modest height, its slopes are covered in firs, beginning at an altitude of a mere 500 meters- possibly the lowest elevation for a fir forest in the whole country. Cliffs descending to the sea and trees devastated by thunder and strong winds set the impressive scene just before the peak. Pines dominate the mountain’s foot, while mines have spoiled part of its northern slopes. The mines were abandoned after water was discovered in the craters during limestone extraction. Since then, trees have began to grow around the artificial lake, but the wounds require considerable time to heal.

The mountain’s forest roads are ideal for cycling, while the appealing beaches on the western side can only be approached by sea. The closest coast road stops just after Daphne village, to the south. Recommended routes
Drive from Chalkida towards Mandoudi and turn left at the intersection just after Prokopi village, heading towards the villages Daphnousa and Troupi. When in Troupi, ascend to the church of Aghia Triada, where the hike begins. A sign on an electricity pole points at the dirt road you should follow.

Walk on the dirt road, until you begin to see the marks showing you the path’s opening, on your left. Soon you will find the road again. Extensive waterworks construction mean that a section of the trail has been damaged; stay on the dirt road until you find the path again. You will cross the road twice more before reaching the spring  at Seli.

After passing the spring, follow the path for a short while, then briefly the road again before you return to the trail leading to a col with captivating views of the Euboean bay. Continue to the left, on the dirt road, until you reach Kali Pigi and the church of Zoodochos Pigi. The church’s fence and double door constitute a strange, worrying sight and are surely unnecessary precautions on the mountain.

Upon leaving the church, head left staying on the road. After about five minutes you should see the marks showing the way to the peak. The trail is not particularly clear, so you should proceed as seems wiser, keeping an eye for the waymarks. After ascending almost vertically, transverse to the left until you reach a rocky field.

Now the only thing seperating you from the peak is an area covered in low rocks, which must be climbed with care but do not necessitate ropes or special equipment. The summit offers stunning views of Kandili’s ridge, the island’s other mountans and the sea. Local history
In antiquity, the mountain was known as “Makisto” and may have been named after Frixos’s brother, Makistos. According to another theory, it was named by settlers from Makistos- an ancient town on the Peloponnese peninsula- to remind them of their homeland. Like many mountains in Greece and around the world, Kandili was a place of worship for hundreds of years.

Nearby sights
The region’s few villages are scattered and remote, meaning that a significant area remains almost unscathed and perfect for camping.Kireas plane forest is perfect for hiking or camping. Kireas river flows at the foot of mount Kandili and is easily accessible from the main road.

Sea lovers will enjoy a visit to the nearby beaches of Pyli, Vlachia and Kria Vrisi, while those who prefer hiking or cycling will not be disappointed by a visit to Aghia Anna gorge and Drymonas waterfalls.

Ski resorts
There are no ski centers on the island. 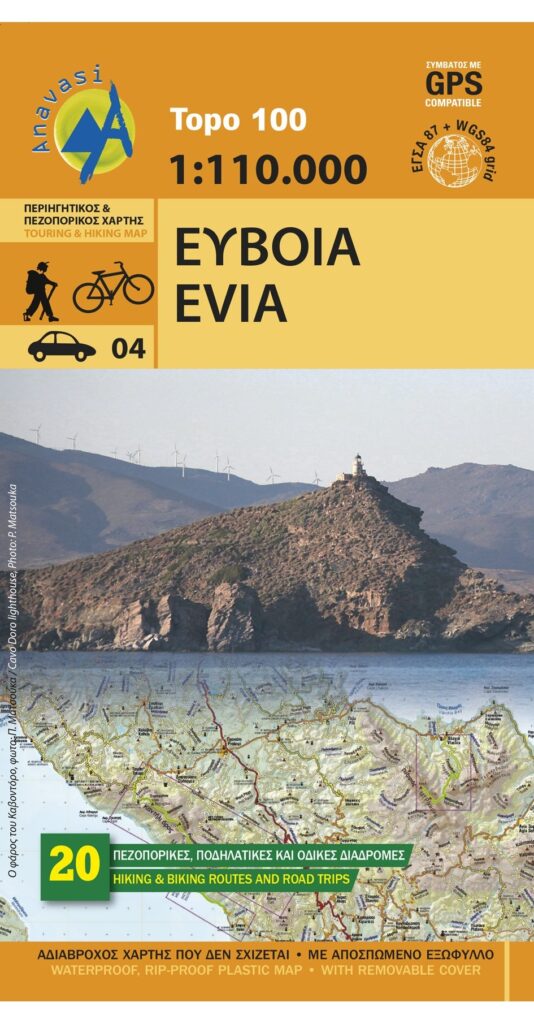 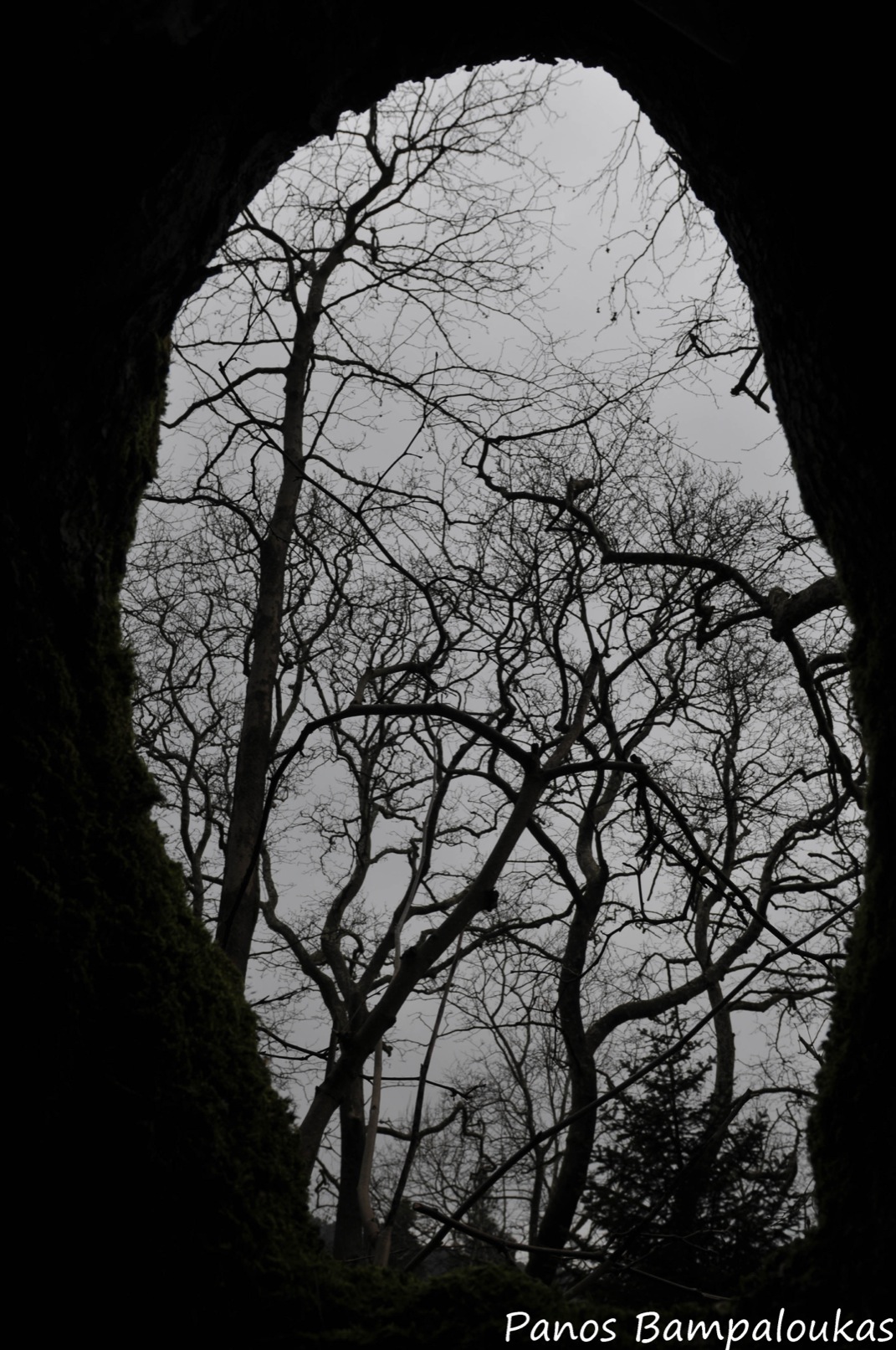 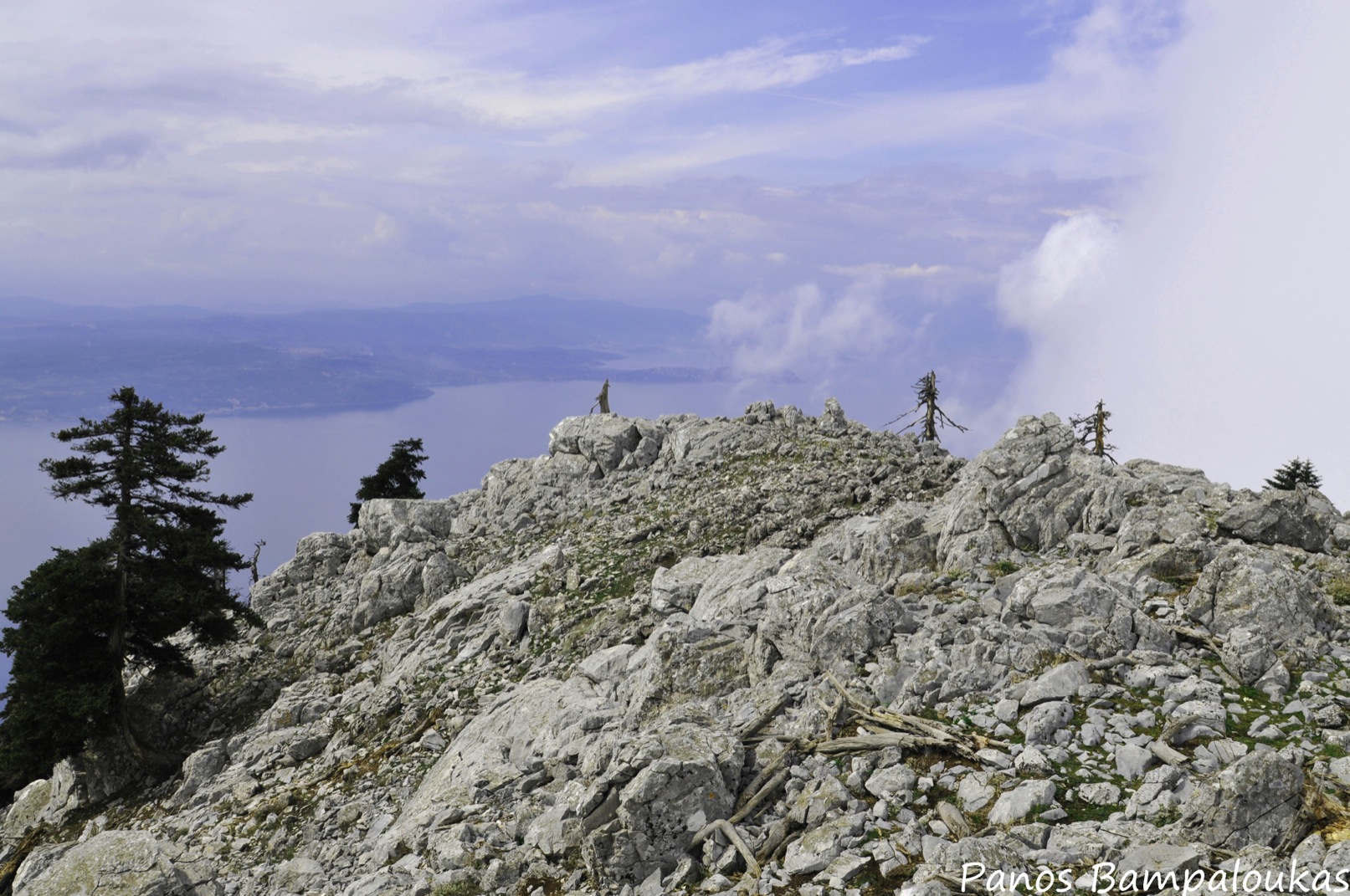 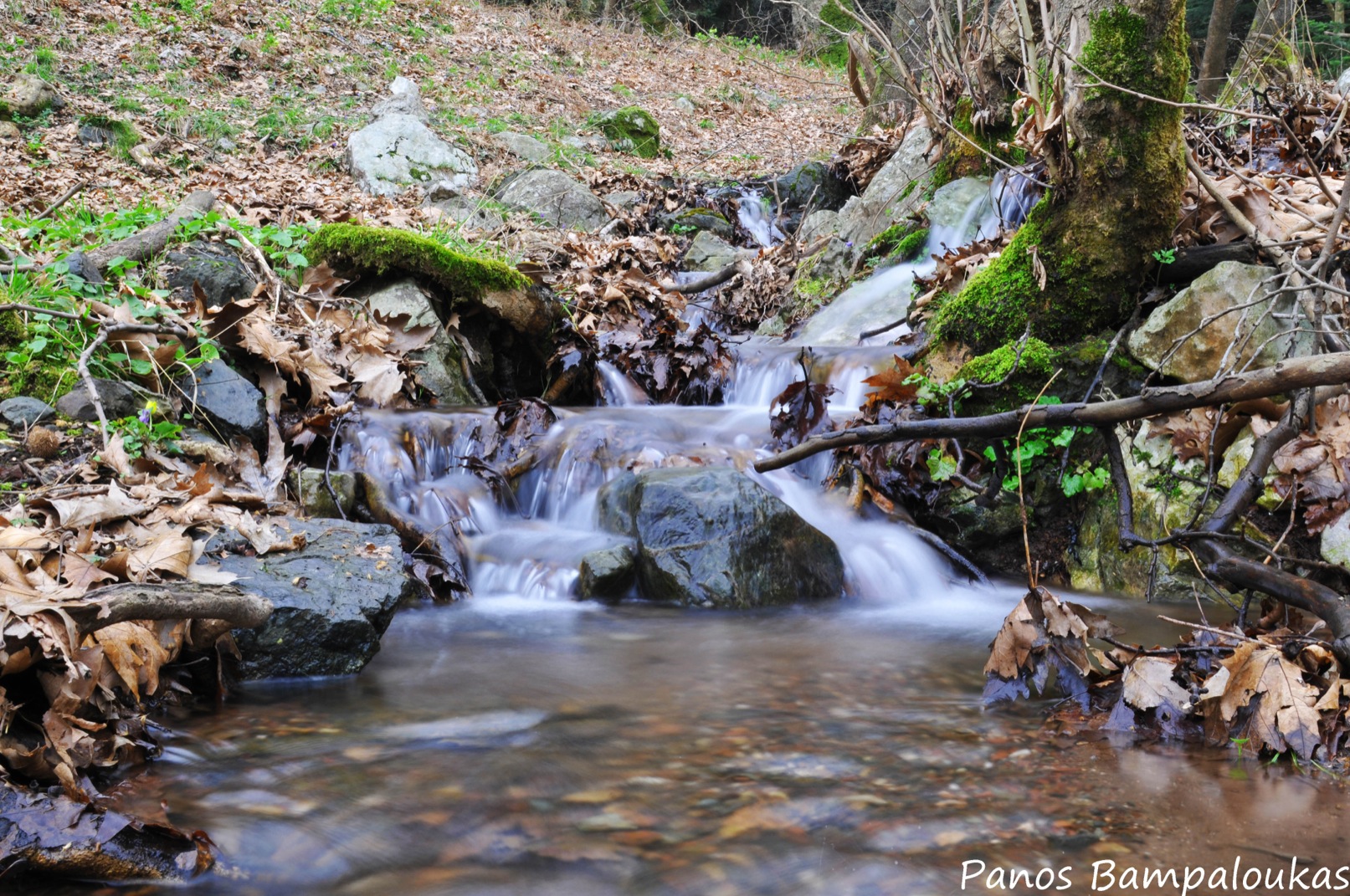 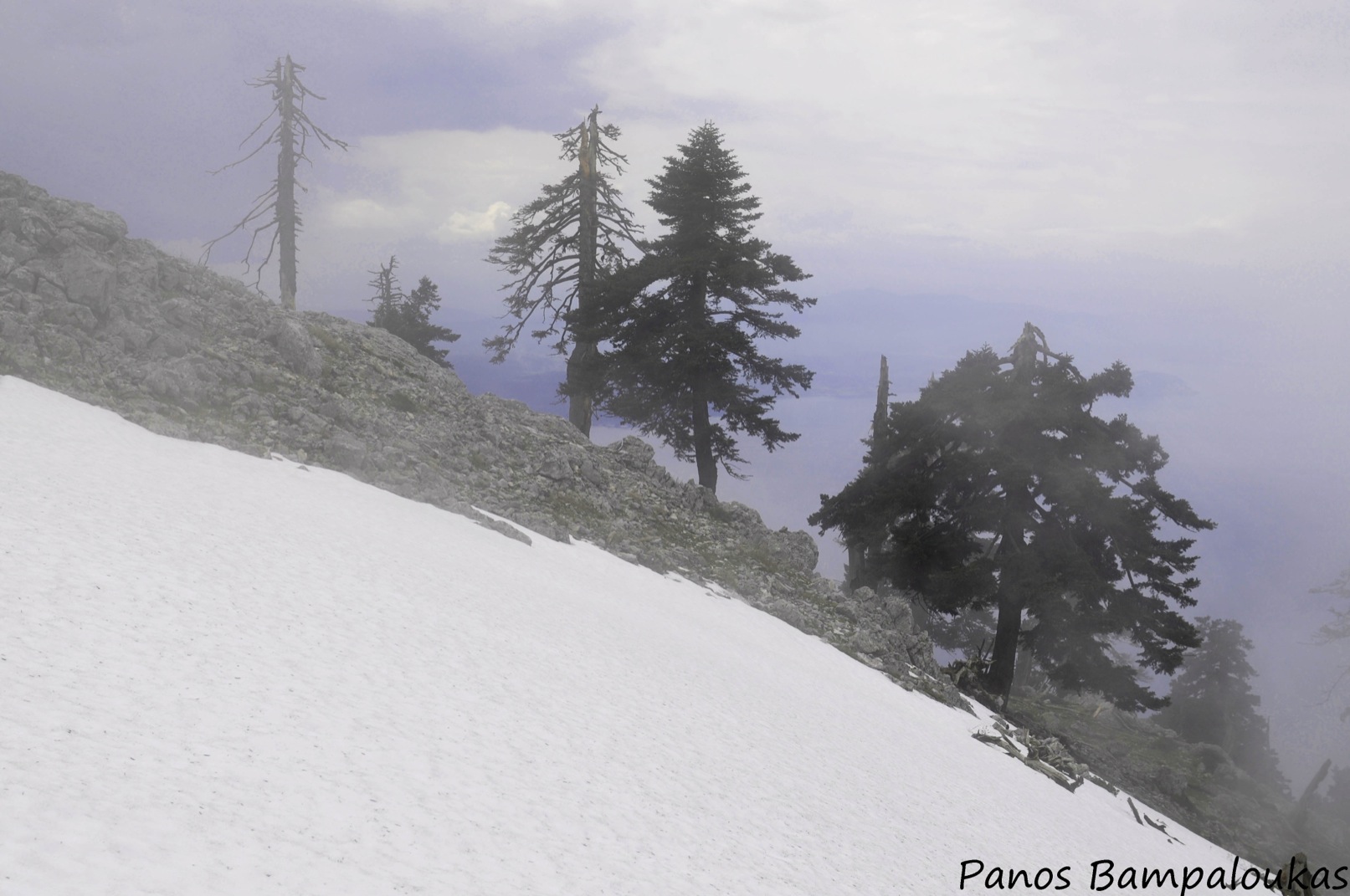 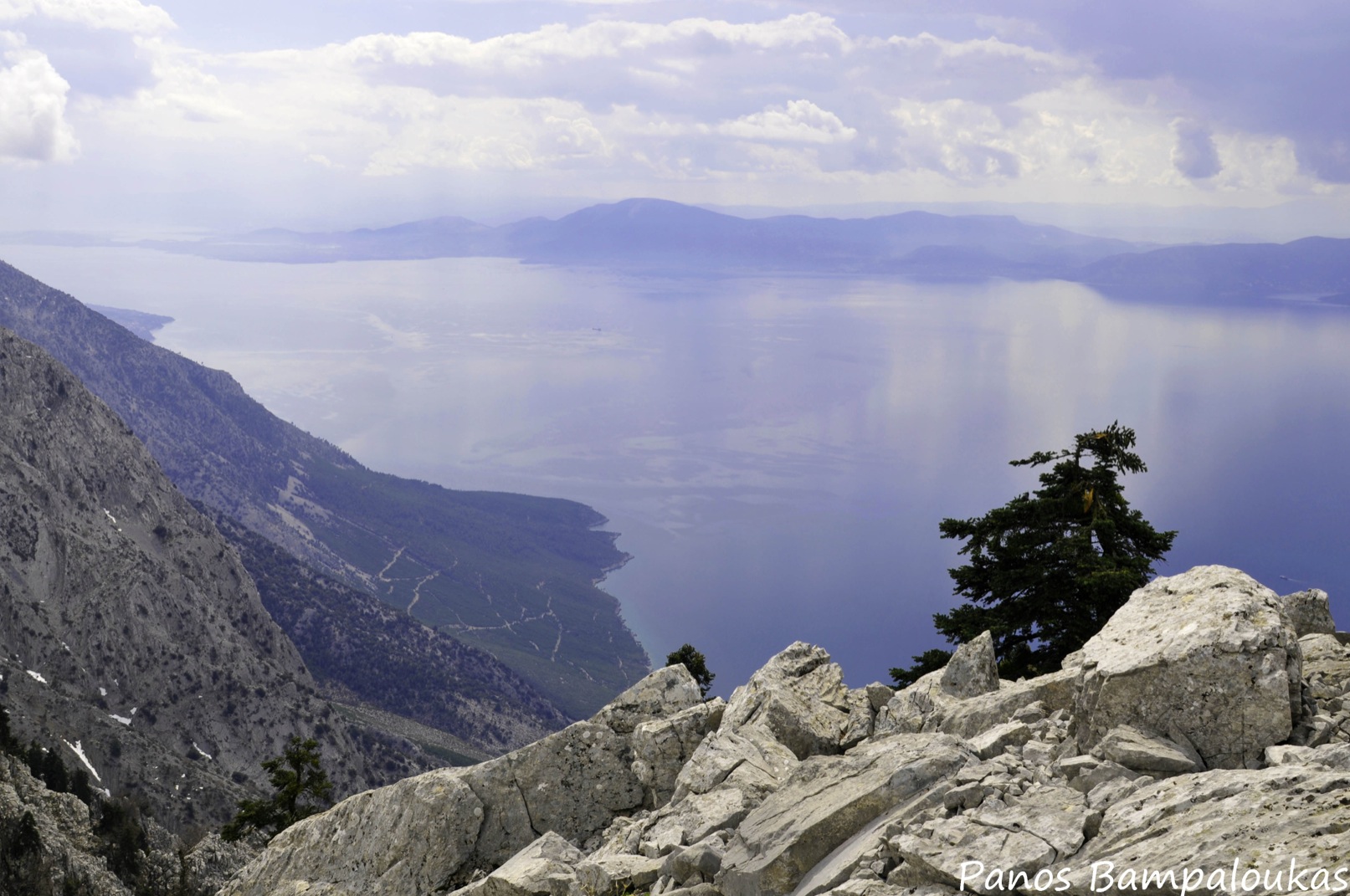 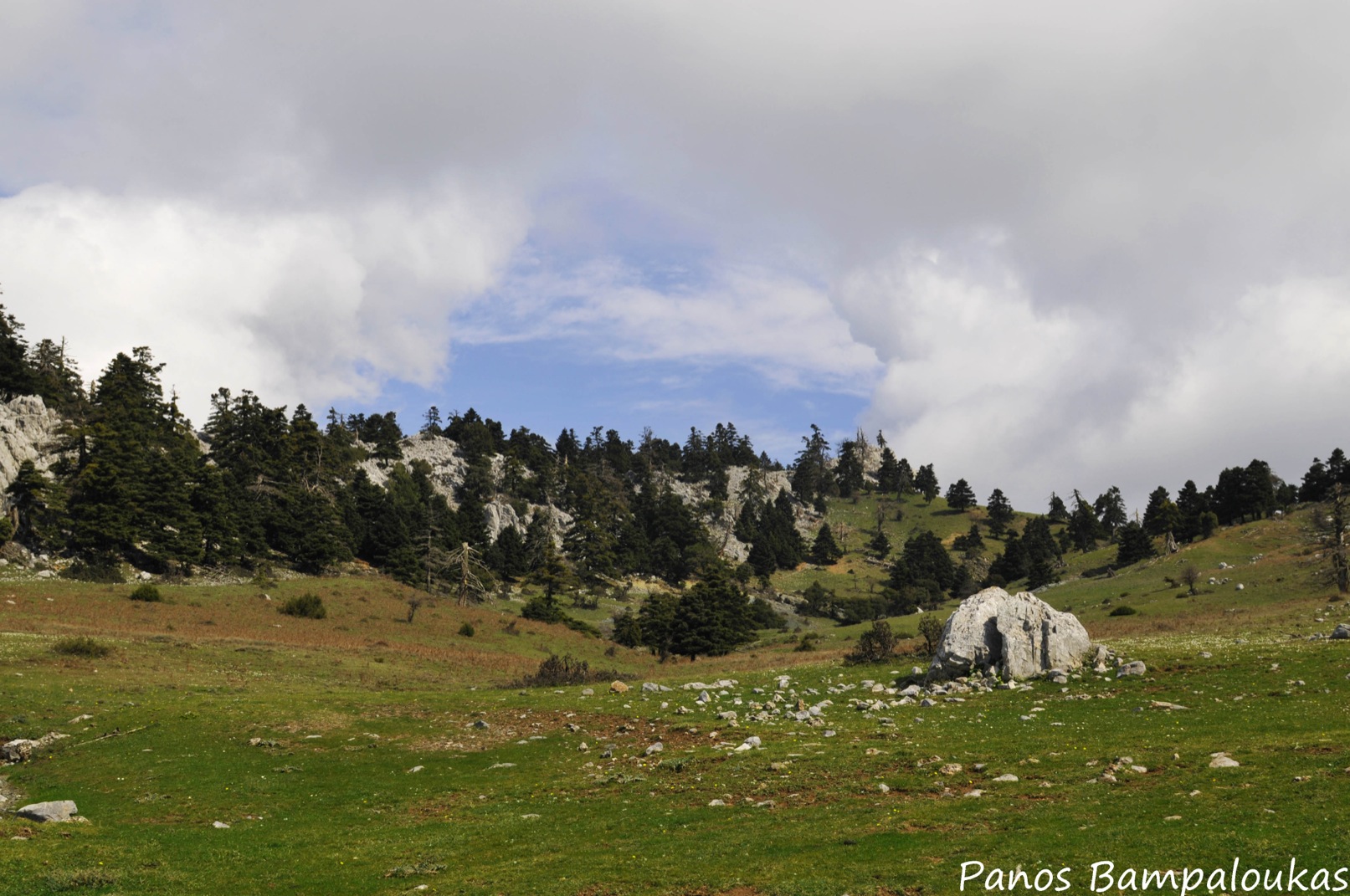 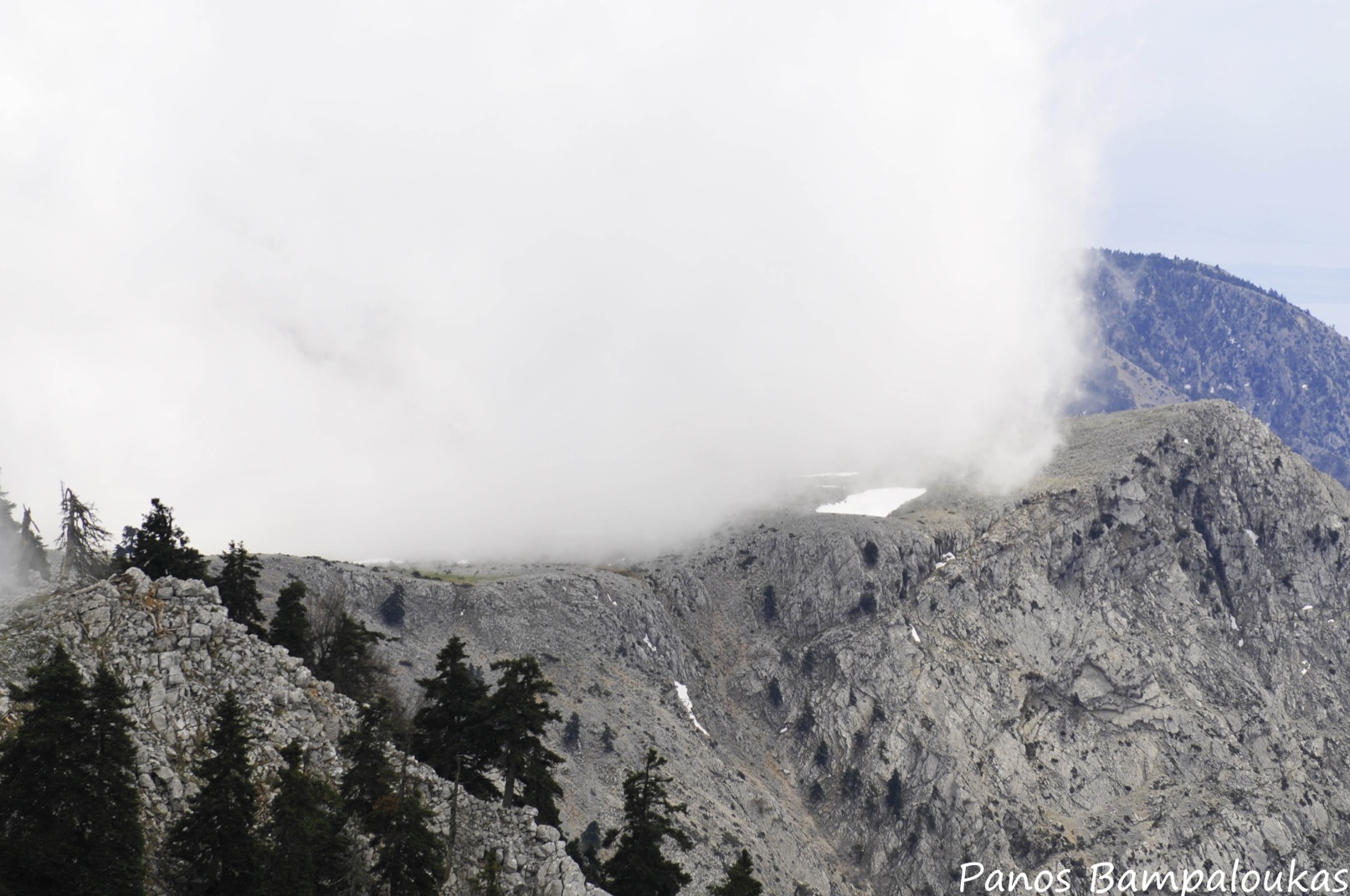 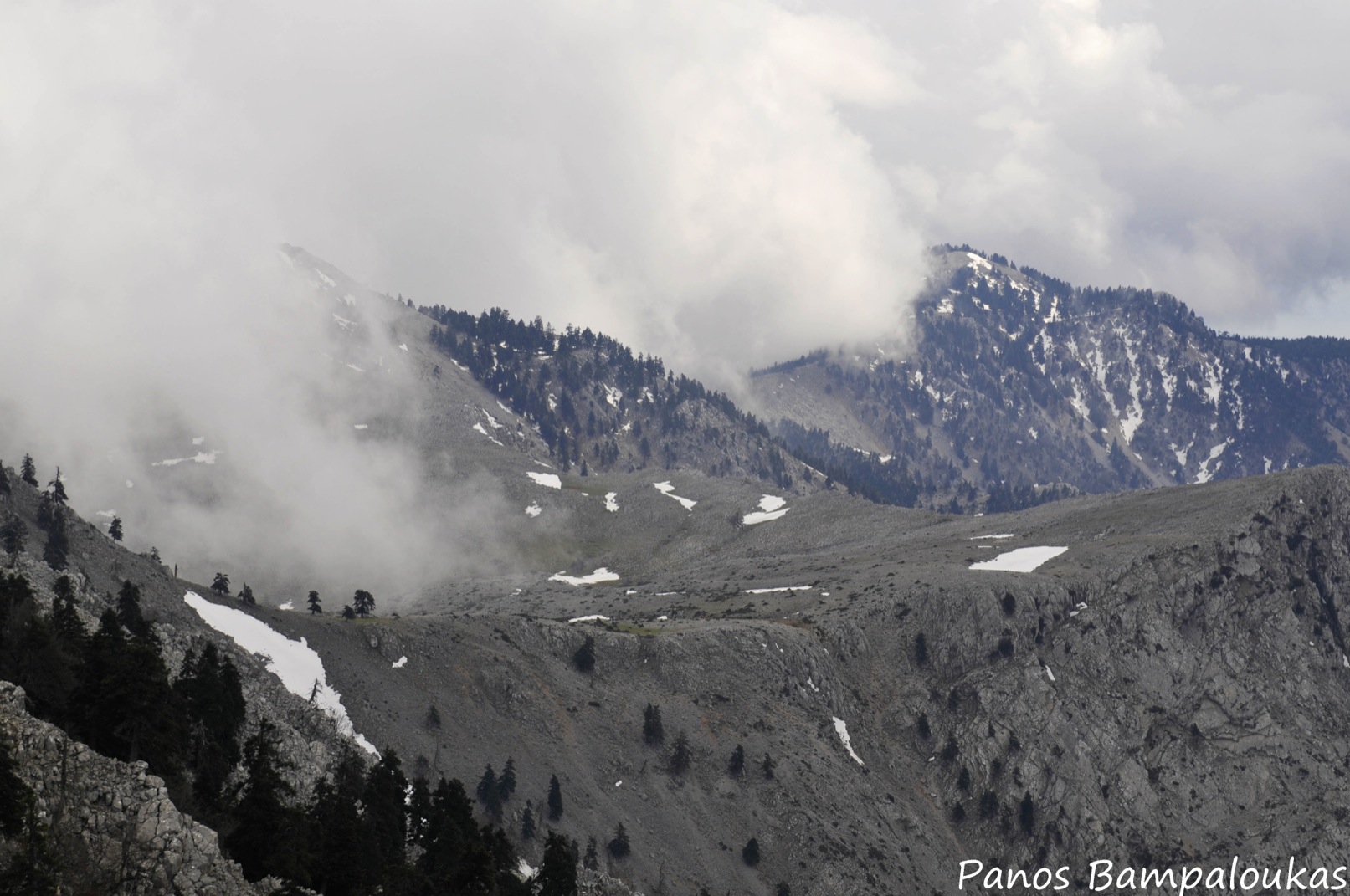 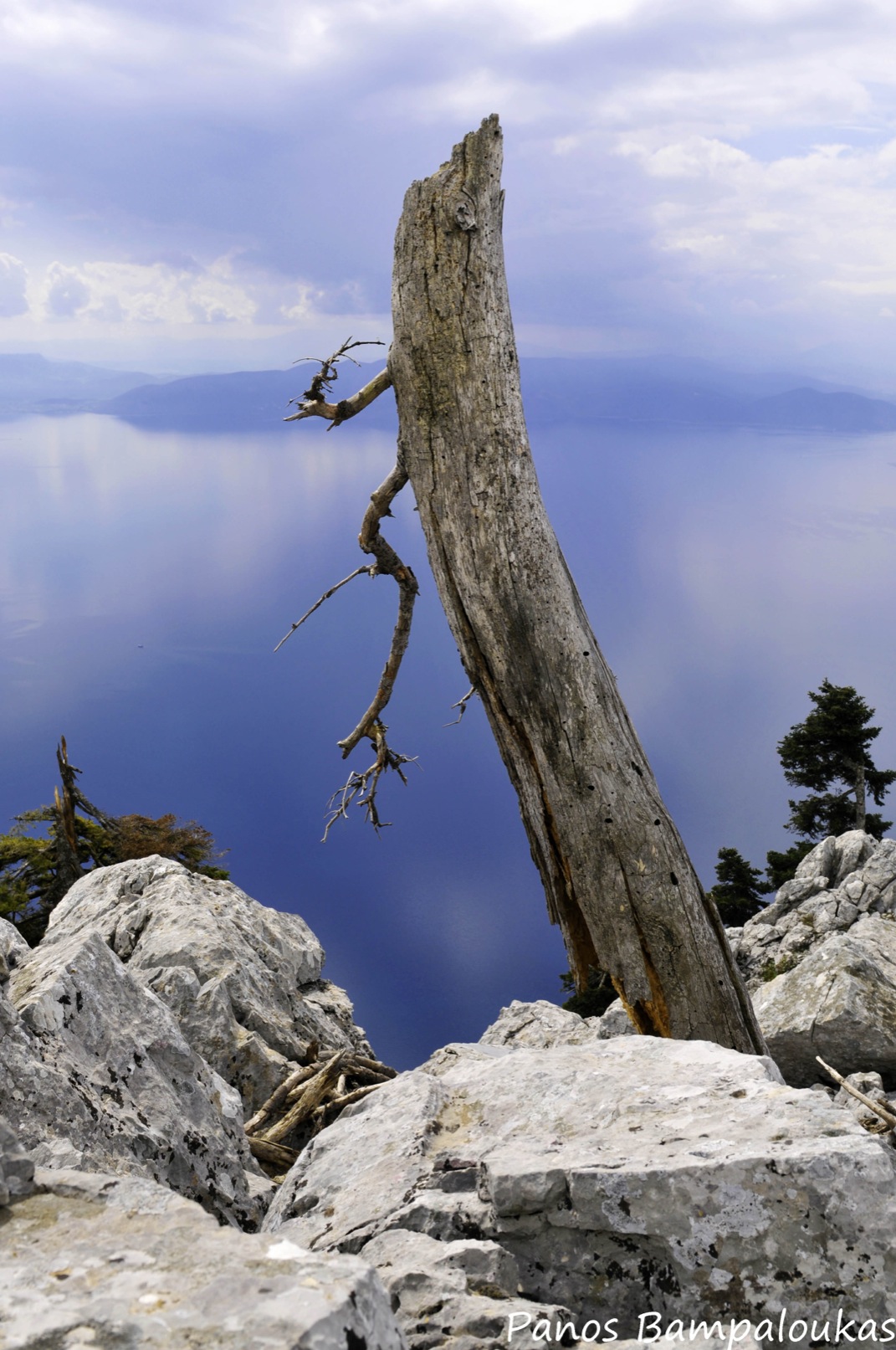 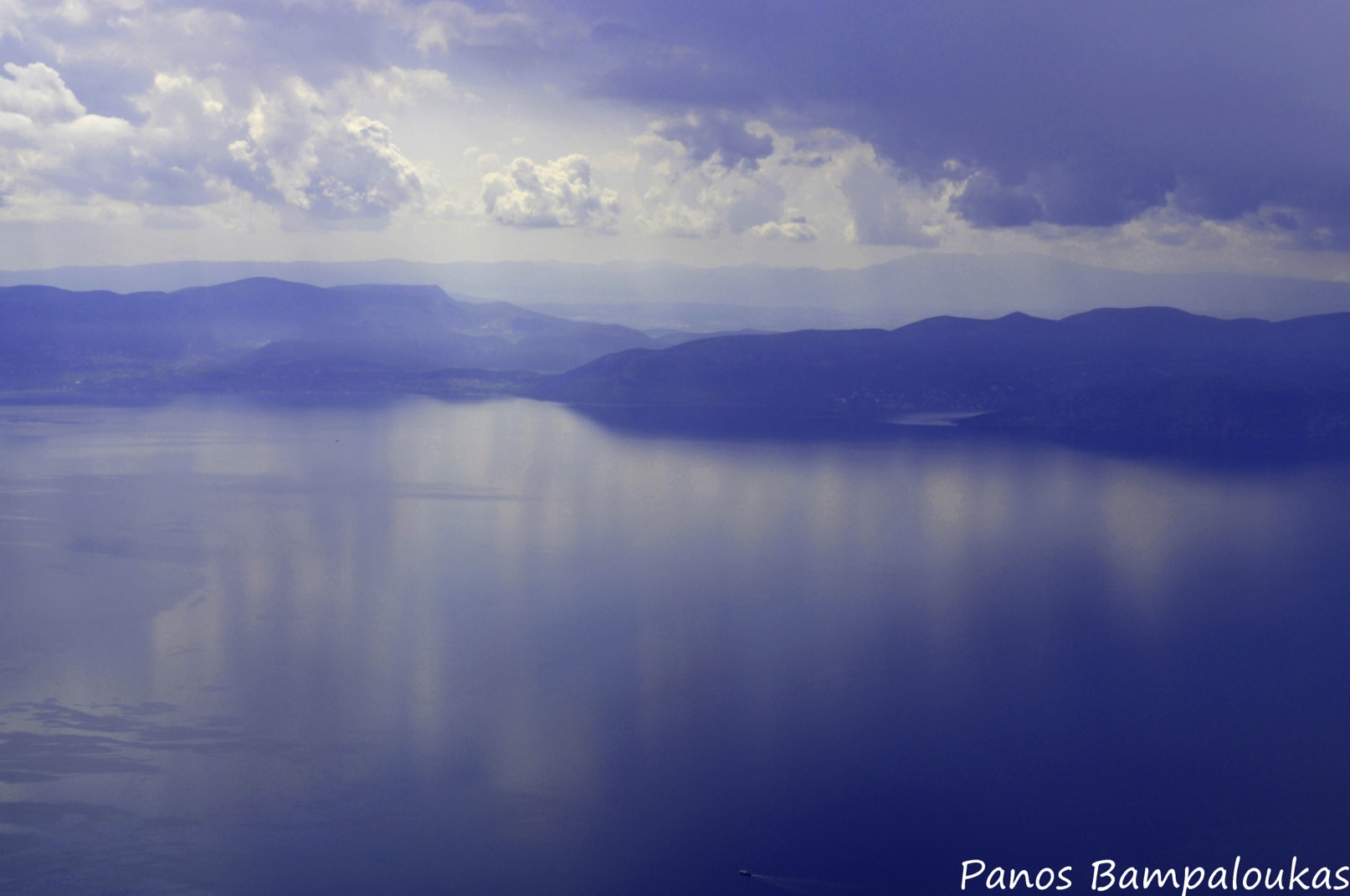 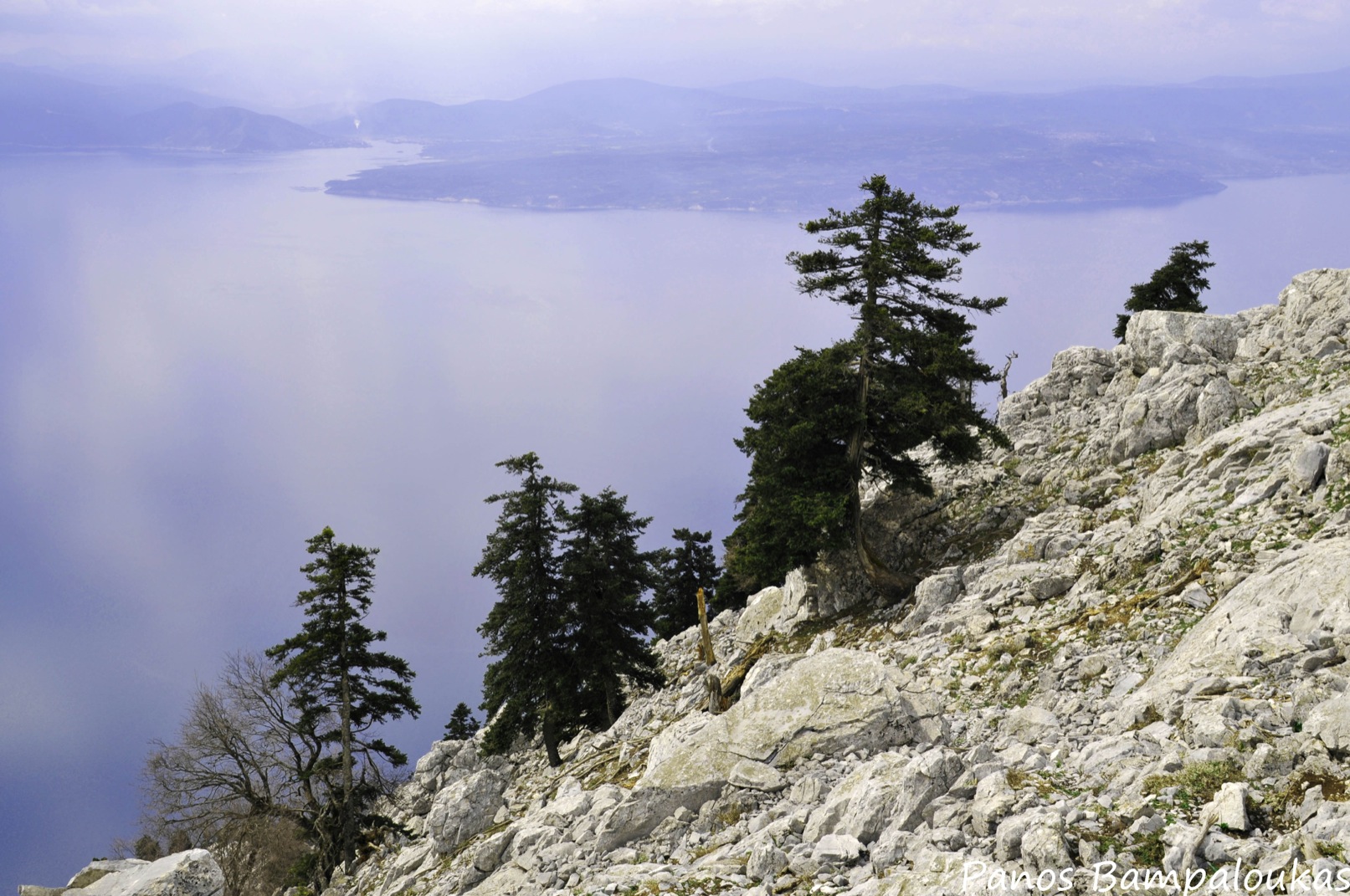