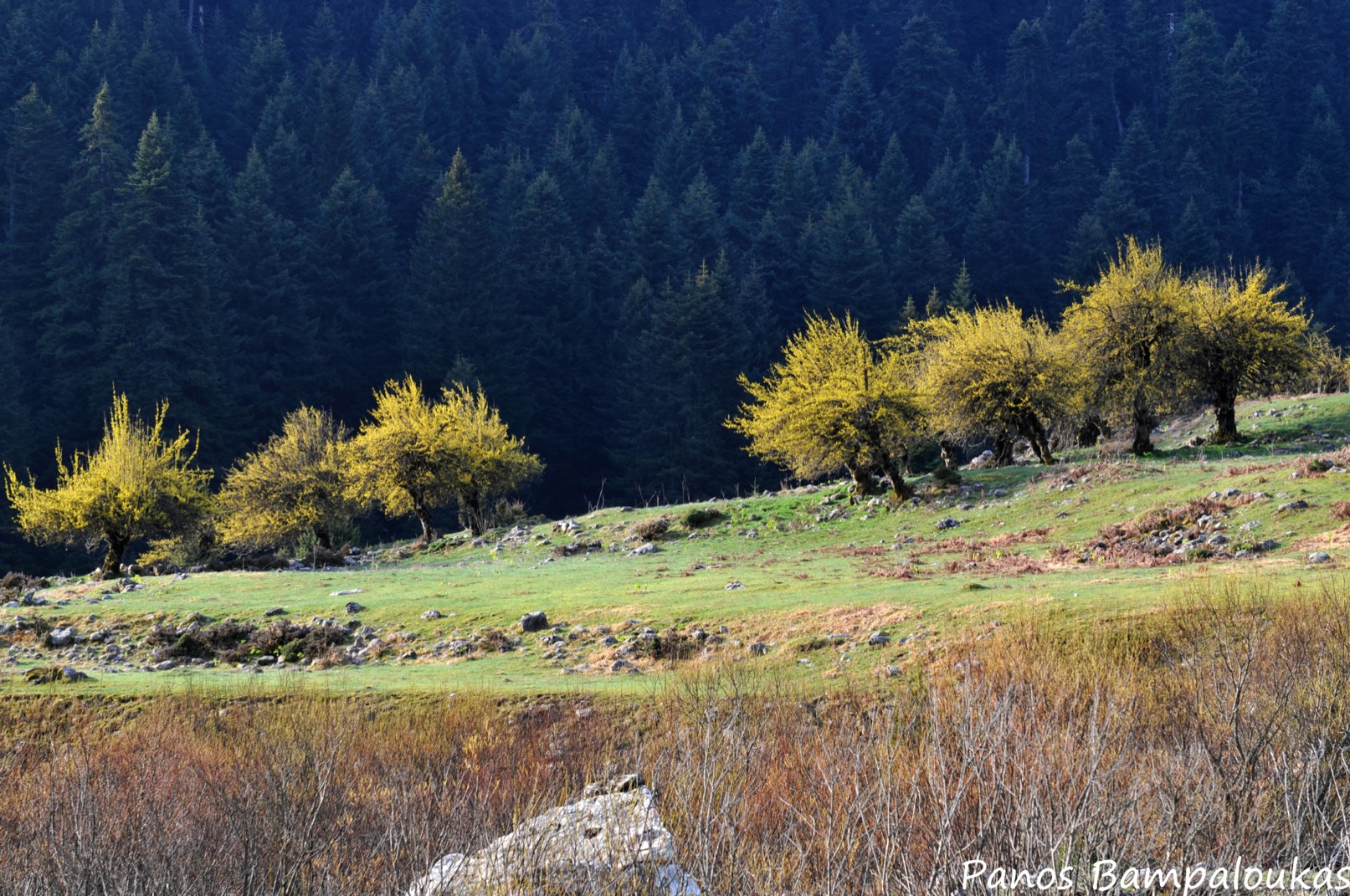 Situated north of Metsovo, within the central part of the Pindus range, Mount Lakmos or Peristeri is one of the region’s most remote mountains. It is surrounded by peaks of over 1700 meters in height and is only accessible after a long drive through Pindus. More than ten of its peaks are exceed the altitude of 2,000 meters and some are steep enough to satisfy even the most demanding thrill-seekers. Several streams and rivers, including Acheloos and Arahthos, spring from its foot, while forests of fir and deciduous trees cover its slopes, giving it the look multicoloured painting in the springtime. 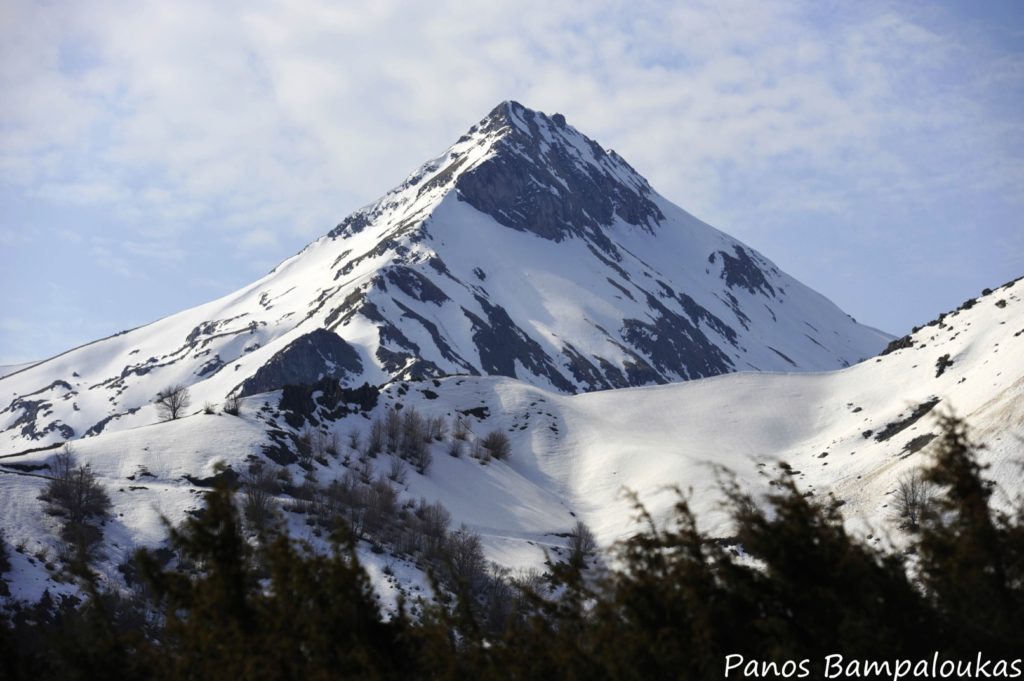 Most people begin their hike from Chaliki village, on the eastern side of the mountain, and Anthochori, on the northern. The path from Anthochori is not properly waymarked, but with a little help from the locals you should be able to find your way.

Despite the herds grazing at its slopes, the mountain remains to a great extent pristine. The alpine meadows west of the summit are ideal for camping or backcountry skiing. Alpine lake Verliga is just north of Tsoukarela peak, but it remains frozen or hidden under snow until late spring, while it dries up completely in the summer. Peristeri summit offer a panoramic view of mounts Tzoumerka, Kakarditsa and Mavrovouni. Kakarditsa is almost linked to the southern peaks of Lakmos and it is possible to combine a visit to both mountains. 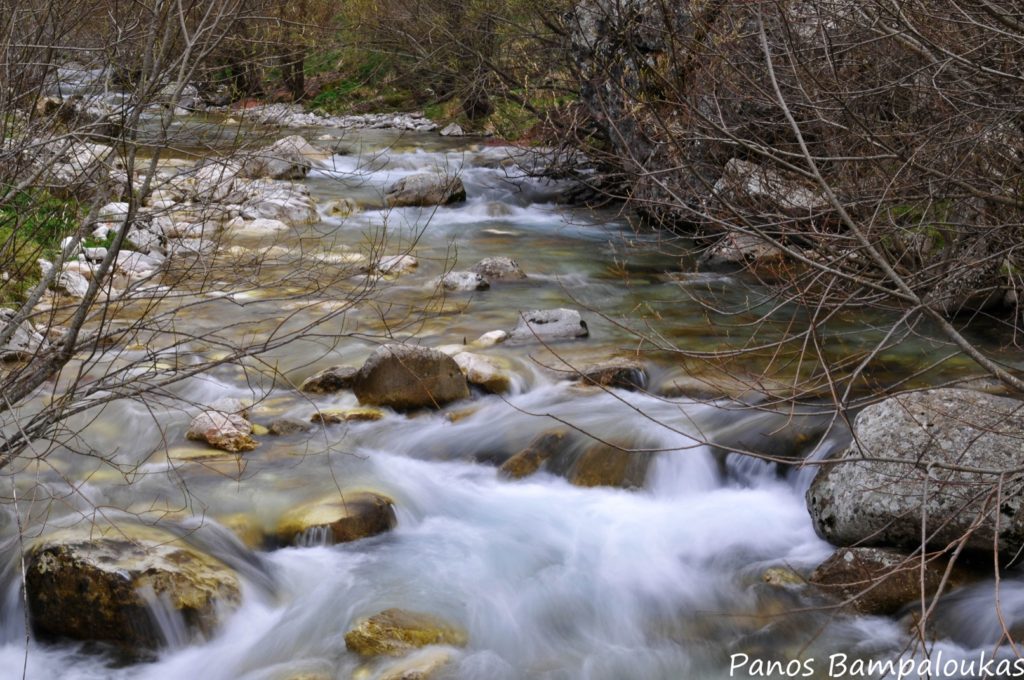 Recommended routes
Chaliki village- Peristeri peak: Begin your hike from Chaliki central square and descend towards the traditional stone bridge. You should come across two dirt roads; take the right one and walk parallel to the river, keeping the last row of houses on your right. Head straight without turning, ignoring all the other roads, until you find a metal bridge taking you to a spring. It is recommended to fill your bottles at this point, as the next springs are on much higher ground. Return to the dirt road and look for the red waymarks, which are easy to spot. Following them when they leave the road will save you both time and effort. The second time you exit from the trail, you will reach a small plateau with high peaks visible on your left.

The dirt road begins to descend, but you must look for the path again, marked by red marks and crains. Initially it goes parallel to the road, but then it starts to ascend through a fir forest. At some point you will come across a stream; cross it and head towards the height on the opposite side. Continue to the right, and high peaks should start to appear before you. You will then cross the road one last time.

The alpine section begins here; the terrain is rocky and caution must be exercised if you attempt the climb after snowfall, since holes are often hidden under snow. In the summer, the absence of shade may be an issue. As you continue your hike- always following the marks and crains-, the peak will appear on your right. The inclination is relatively mild and the trail takes you to the opposite ridge, before ascending to the right until the trigonometrical point. 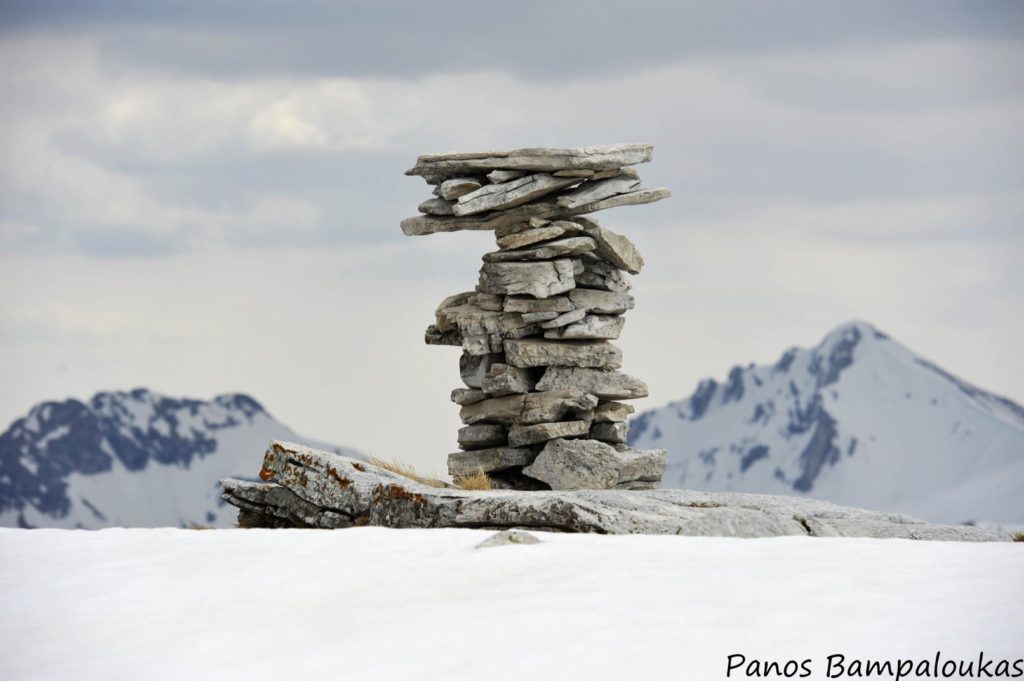 Local history
According to an ancient myth, Amalthea- Zeus foster mother- gave her legendary horn to river-god Achelous (Acheloos), whose own horn had been broken after a fight with Heracles. The river’s name translates as “the one who washes away care”. In another myth, Acheloos was said to have been formed by the tears of tragical figure Niobe, who fled to mount Sipylon after the angry gods murdered her husband and fourteen children.

Nearby sights
Most of the region’s sights are natural, and include Acheloos, Greece’s longest river. There is an ethnographic museum in Anthochori, with a captivating view of the surrounding forests. Chaliki village, with its few remaining residents, has a pretty stone bridge and a central square made of stone. 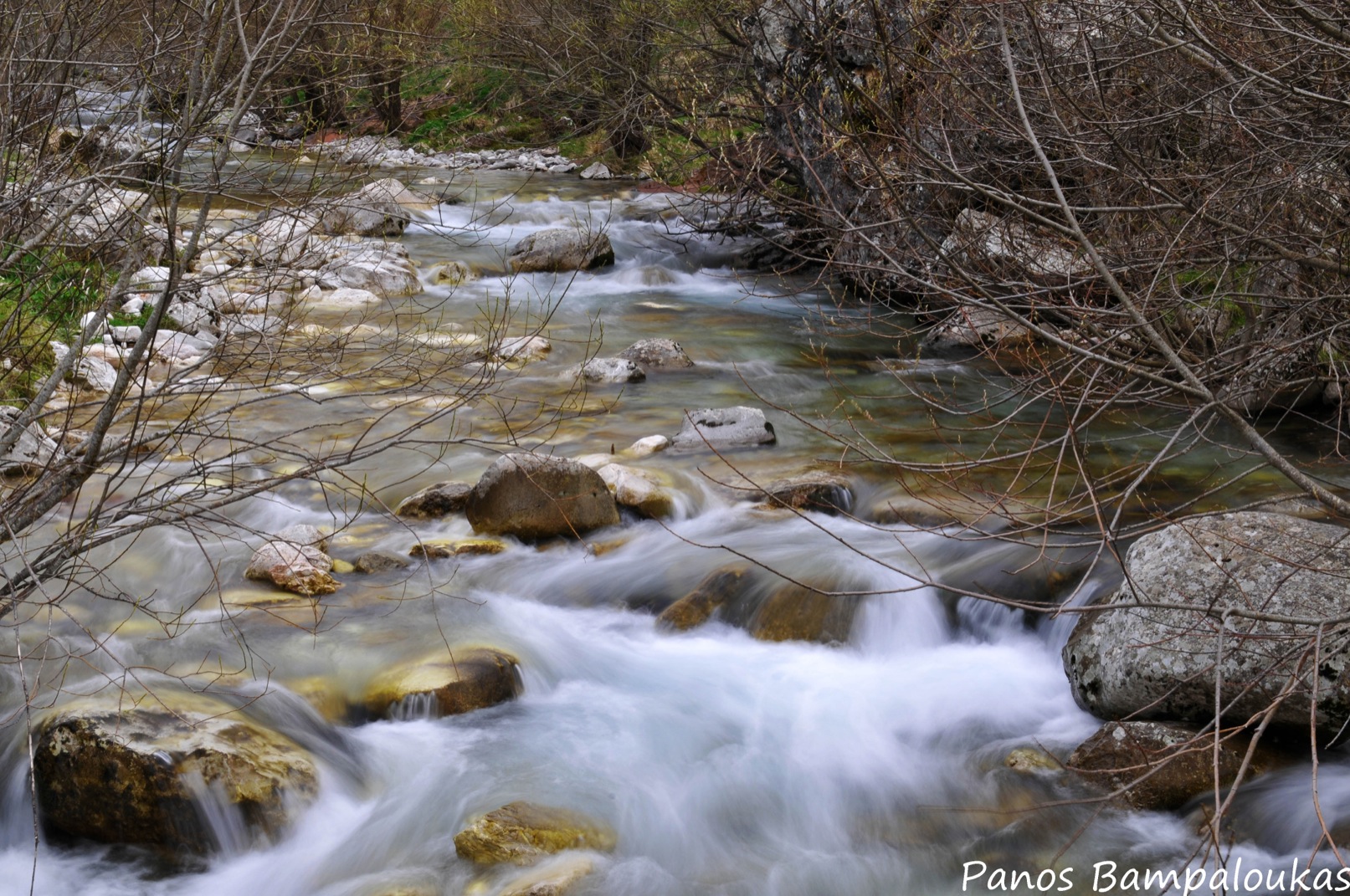 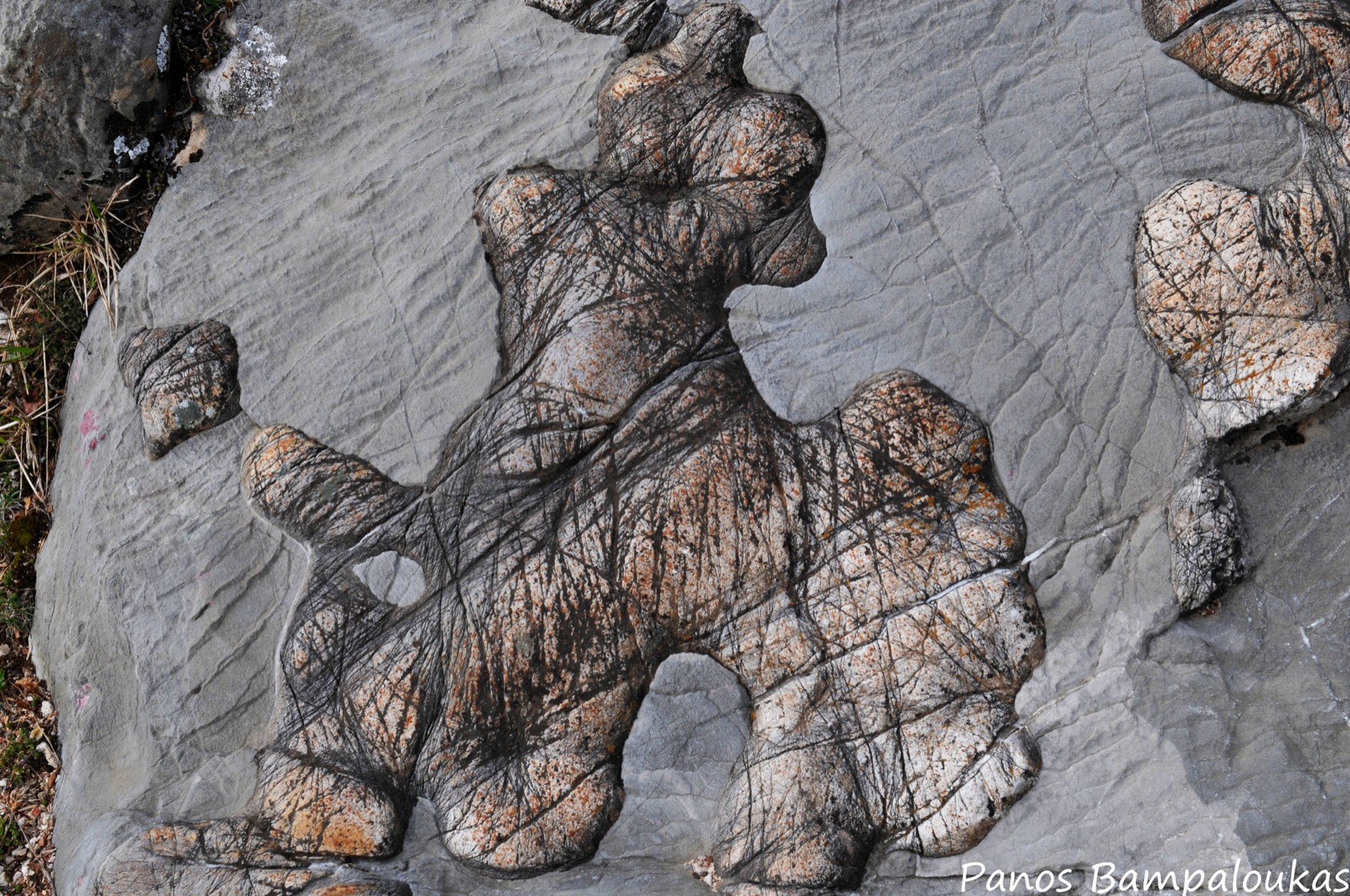 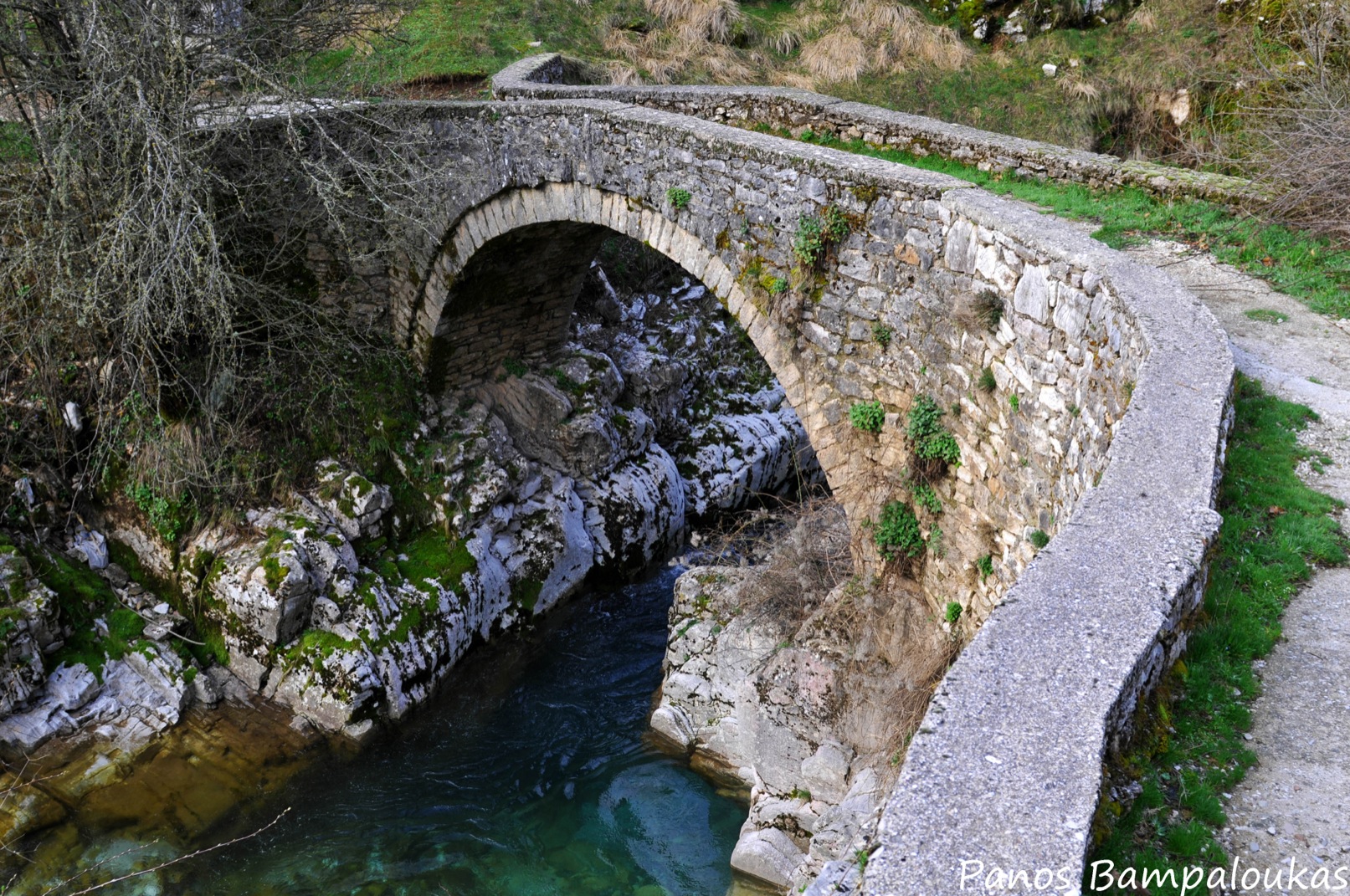 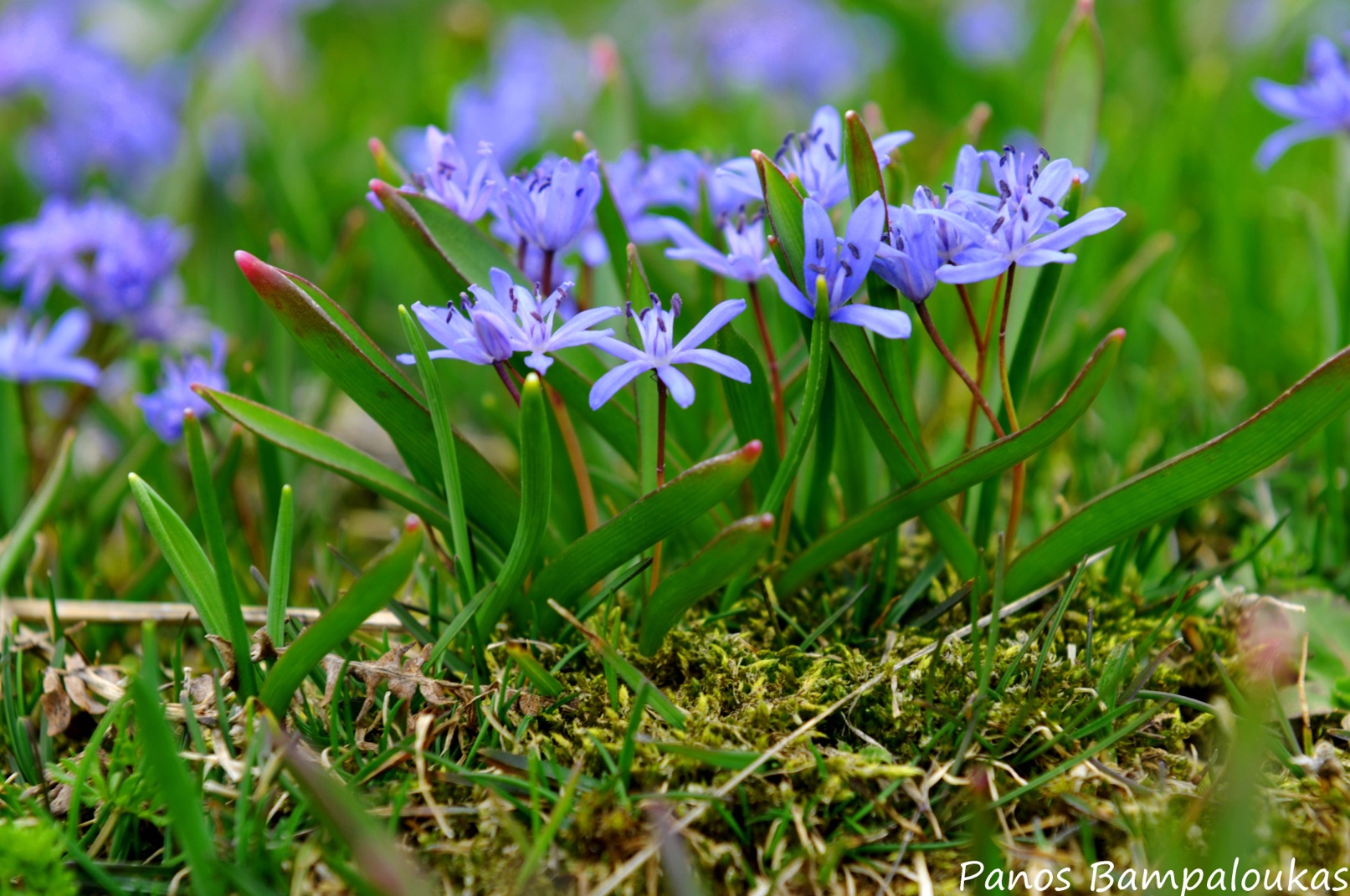 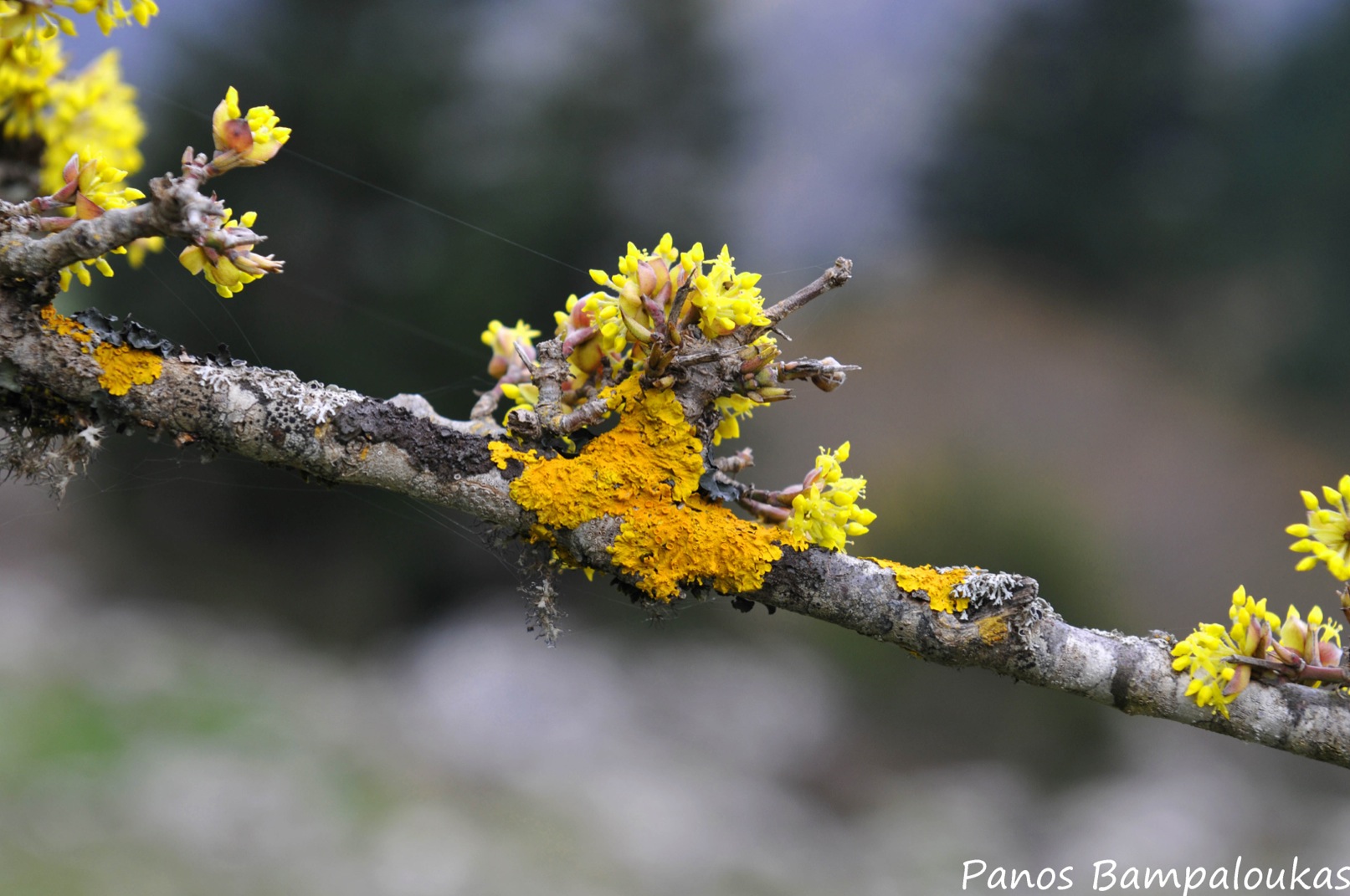 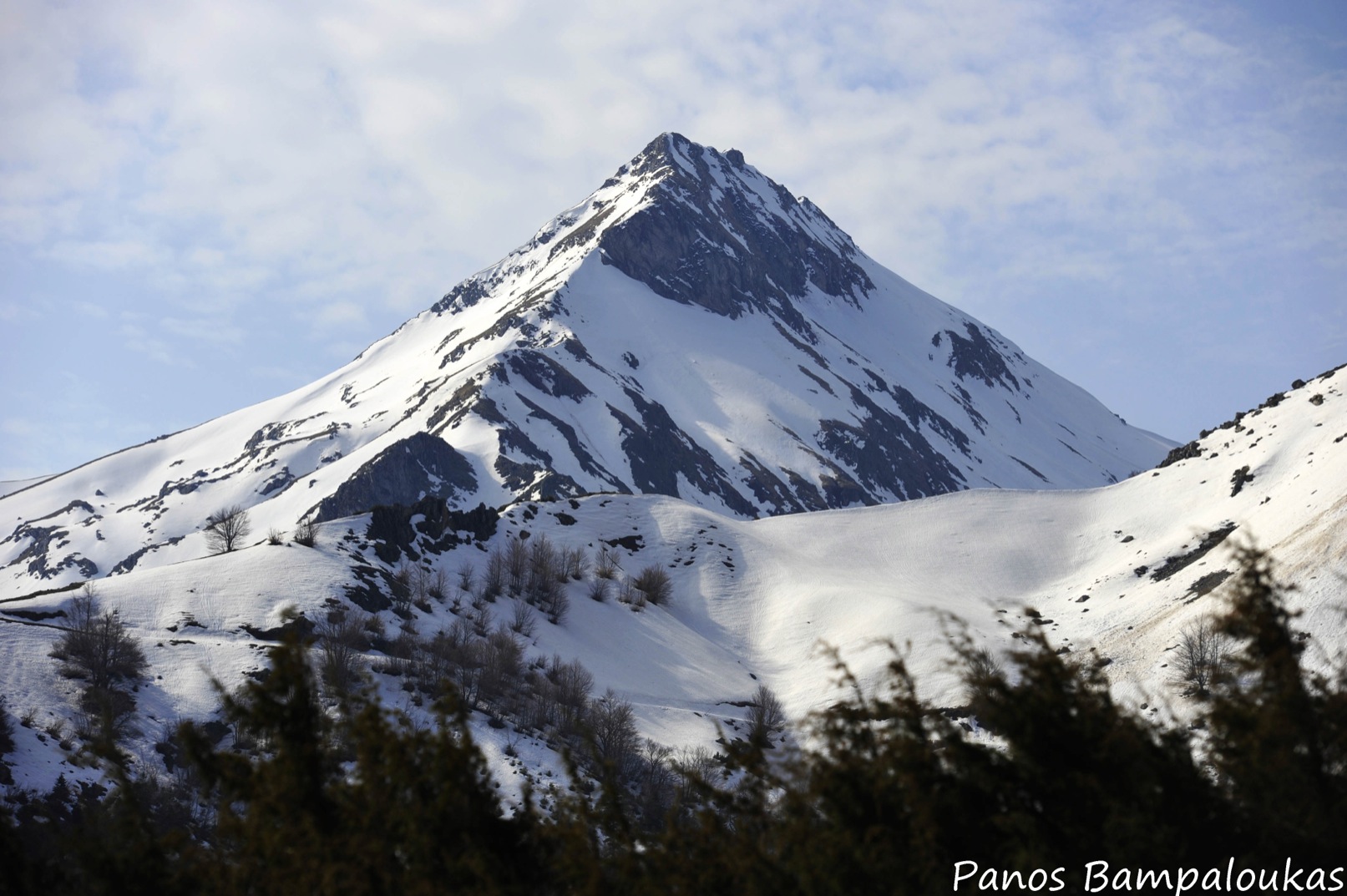 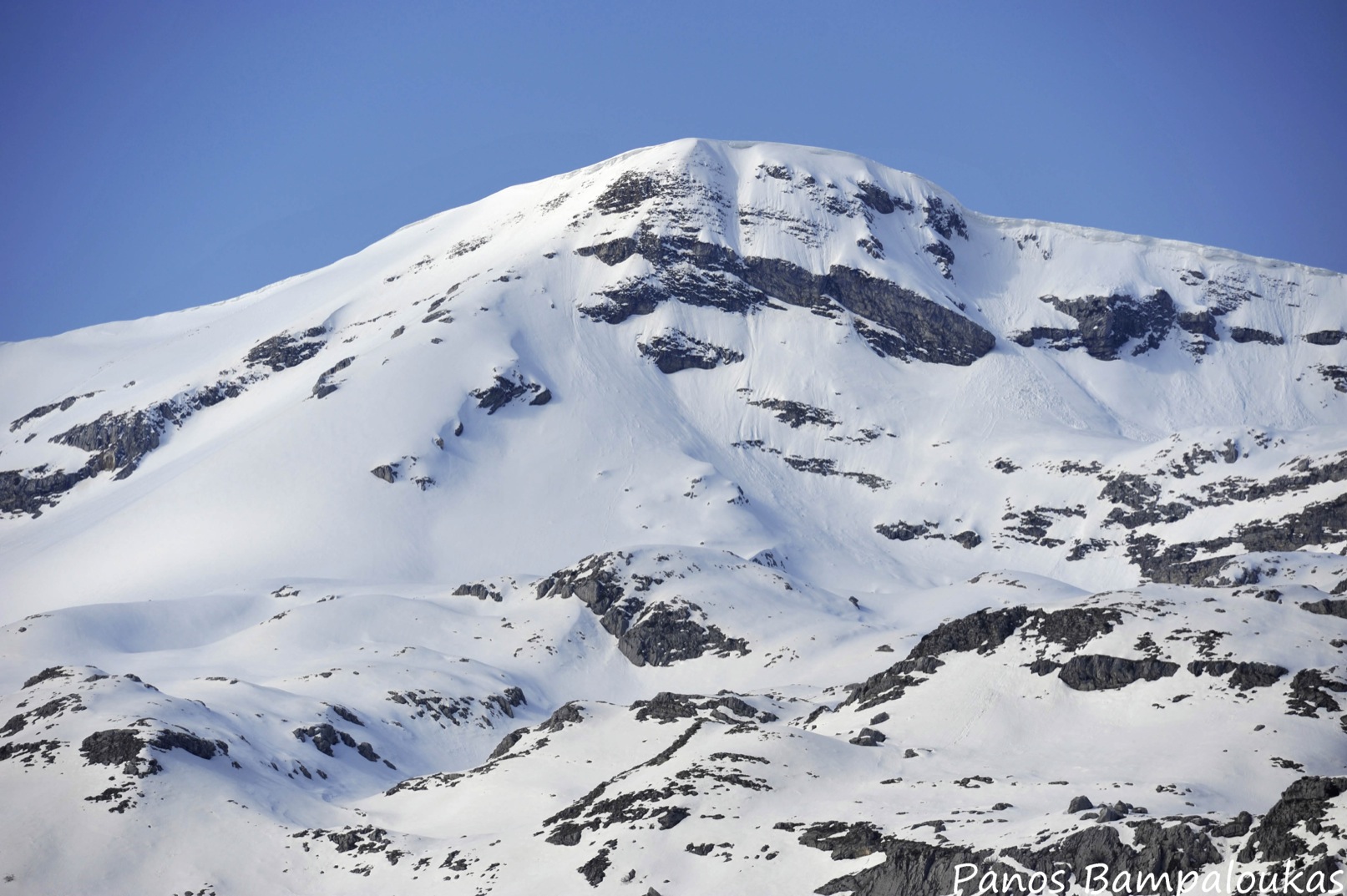