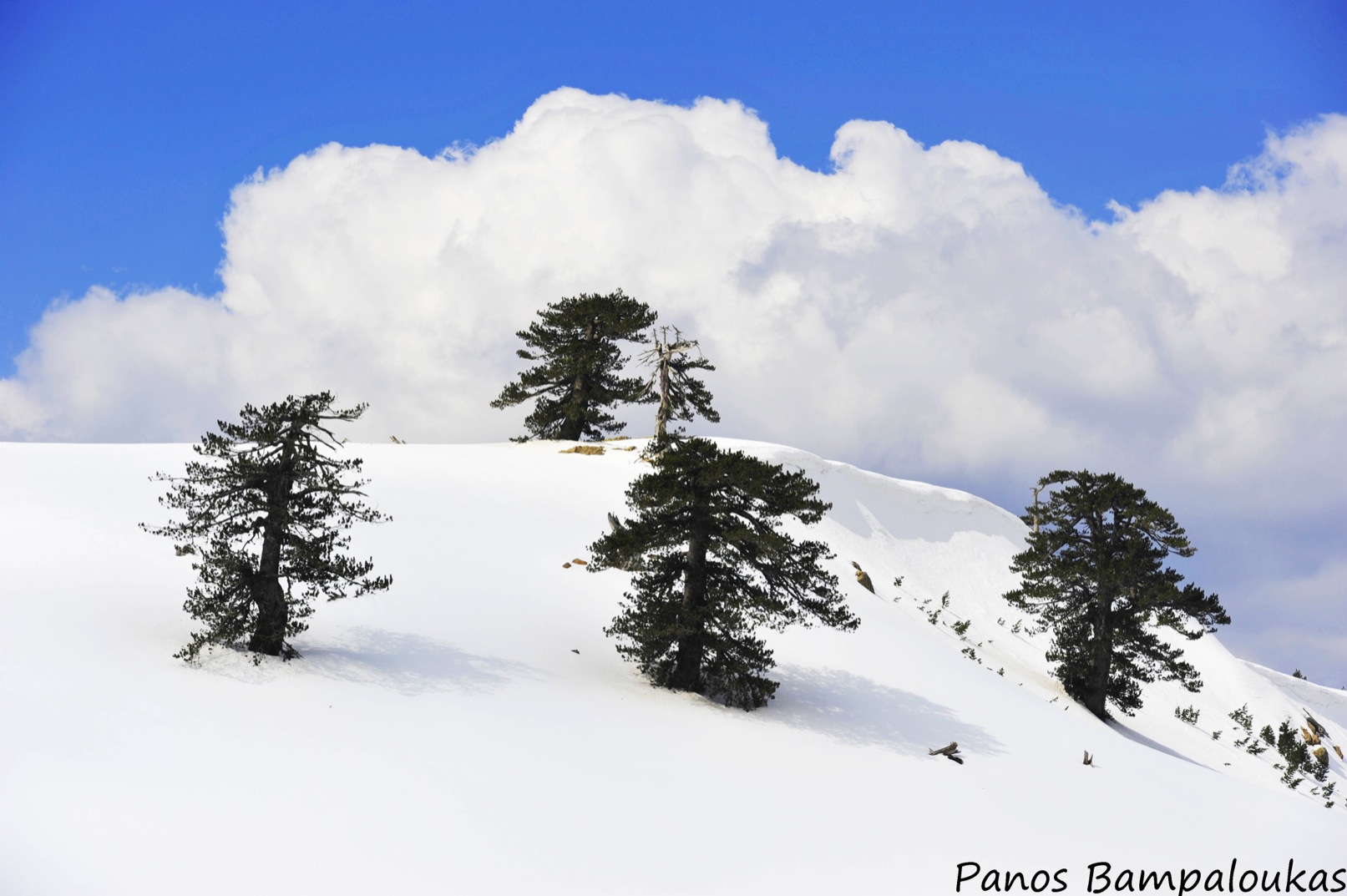 Overlooking the road that links Kalabaka to Ioannina and the Aoos artificial lake, mount Mavrovouni forms the natural border of the Pindus- Valia Kalda national park. The region is of particular ecological significance, since its dense deciduous and evergreen forests are home to a number of rare species- brown bears, wolves, does and wild boars, to name only a few of them. Over 70 bird species have been recorded in the national park, including ten rare predators, such as the golden falcon and the royal eagle. 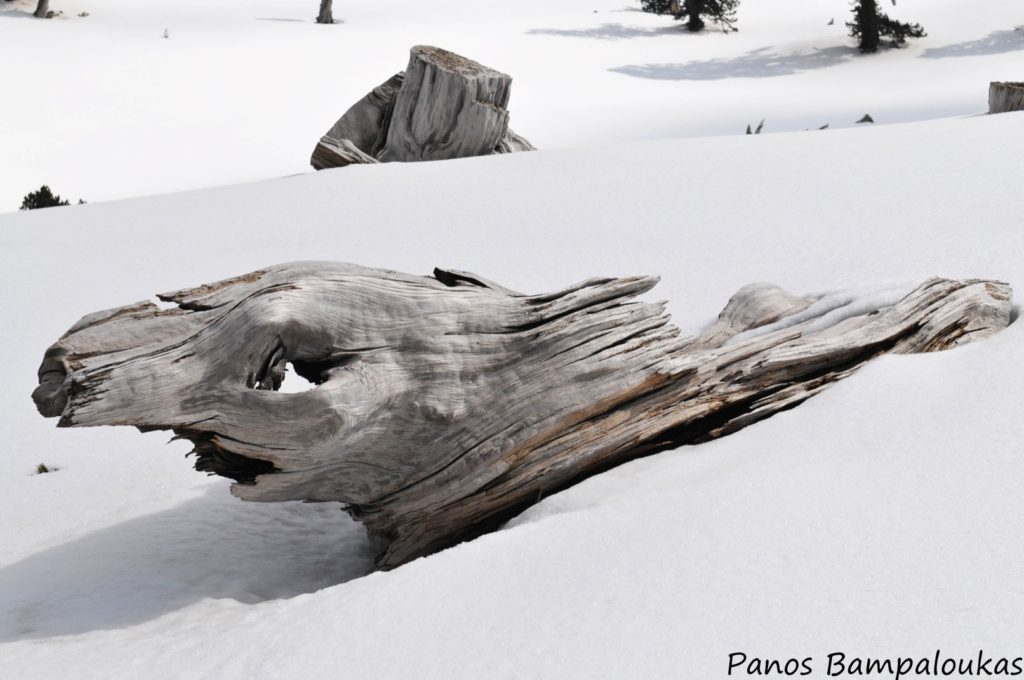 During the winter months, the peaks surrounding Valia Kalda are clad in white, transforming the region into a hiking paradise. Most peaks are not difficult to reach and may be attempted even by beginners. Flega, the mountain’s summit, rates among the most easily accessible ones and offers spectacular views of nearby mountains- Smolikas, Vasilitsa, Peristeri and others-, as well as of the two alpine lakes, which bear the same name and are home to the rare amphibian Triton. The higher lake is filled with spring water and in turn feeds the second one, located about 20 meters below it. After heavy snowfall, none of them is visible, but in the spring they create a rare and captivating sight.

For more experienced mountaineers, mountains Avgo (Egg), 2,177 meters high and Milia (Apple tree), with an elevation of 2,159 meters, located north and east of Flega respectively, should not disappoint. Judging from the number of thunder-hit trees on their slopes, caution must be exercised on rainy days. 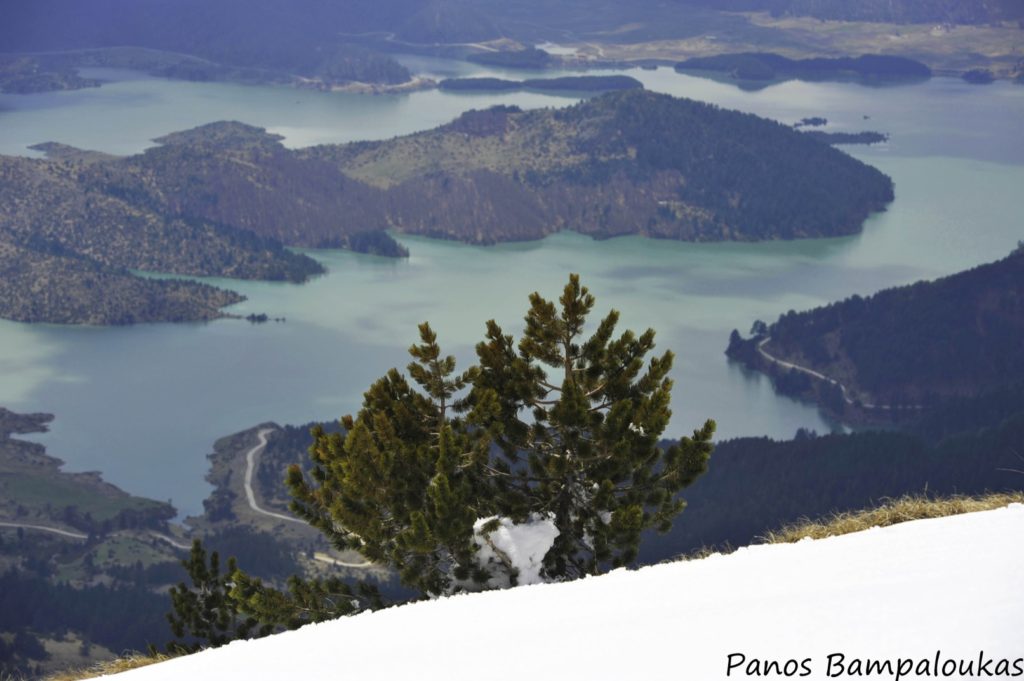 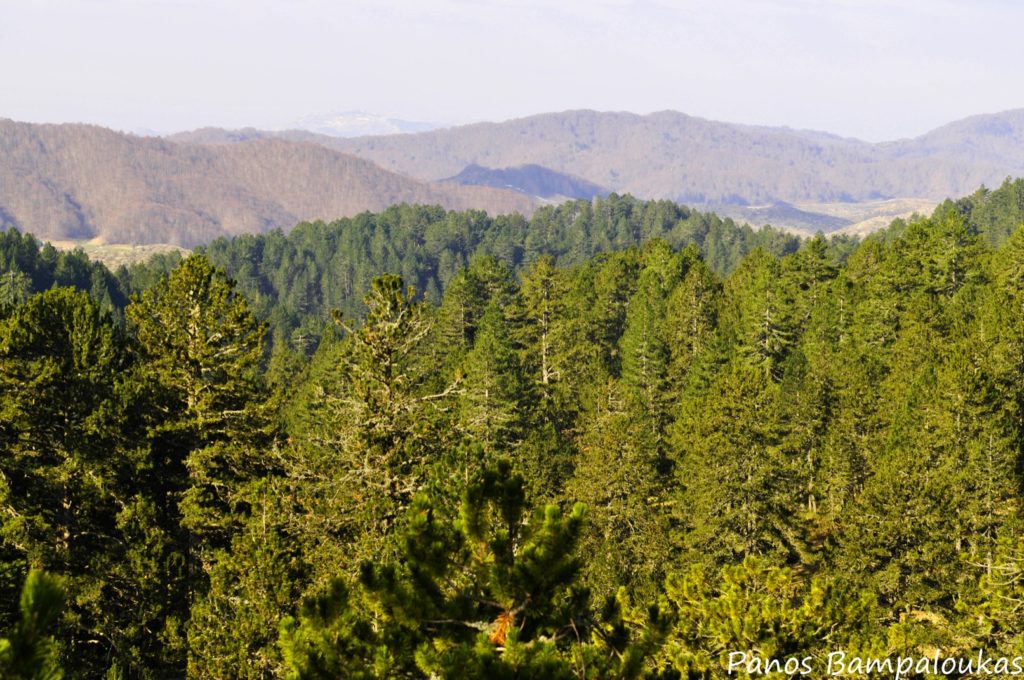 Recommended routes
Aoos Lake- Mavrovouni- Flega: The route begins at the plateau which is located just before the northern part of Aoos lake. To reach it, begin from Metsovo and drive towards Milia village, ignoring the first signpost pointing to Aoos springs. Instead, take the second road, which turns left, and continue until you find the plateau. The place is known as Kabos Dazi, and the path’s opening is on the right side of the road, marked by a metal cone.

Follow the dirt road, passing the two metal structures, and when you reach the end of the road, head straight. The signs disappear for a while, but you should continue ahead without turning, passing over low stone walls. Eventually, you will begin to hear water flowing in nearby Megoul stream; look to your left to find the trail, going through the forest and marked by a sign on a tree, next to water pipes. The path follows the pipes for a while.

The dirt road,visible on your right and going parallel to the stream, has destroyed part of the forest and is often blocked by falling rocks. Ignore it, and stay on the trail until it disappears. From here onwards, you must draw your own path, heading north and using the openings in the forest to better orient yourself. Soon, and after a relatively steep section, you will again find a dirt road.Here the waymarks begin again. Follow the road, without turning at the intersection, until you reach a spring just before a left turn. You may fill your flasks here, as the next spring may be hidden under snow.

Continue walking on the dirt road passing the shelter, until you reach the second spring. The spot is known as Pade la Laklou. After heavy snowfall, be careful so as not to fall into the small pond, created near the spring. Waymarks will guide you for the rest of the way; the trail heads left between the lower peaks and turns right just after a small building, then left again until Flega peak becomes visible. Head towards it, following the signs. The small platau just under the summit offers a panorama of Aoos lake.

The last section of the route goes through the forest, on a relatively steep slope. When you reach the trigonometrical point, you should be able to see lakes Flega- unless they are hidden under snow-, and surrounding mountains. The whole hike will take you around three and a half hours, depending on snow conditions. 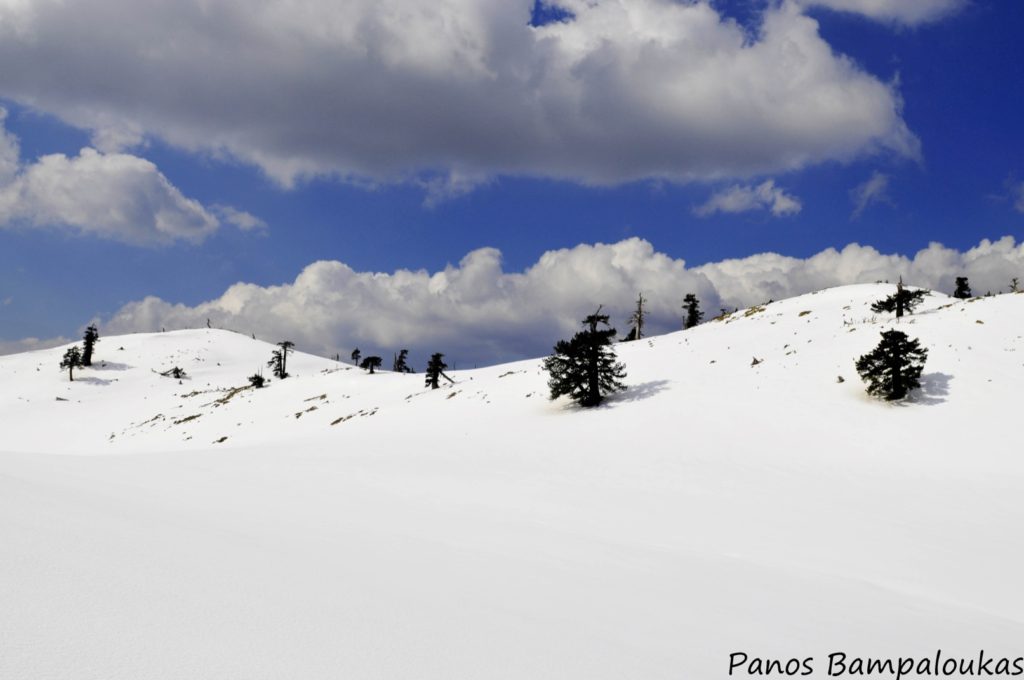 Local history
First evidence of human presence in the area dates back to the prehistoric times. Archaelogical excavations have unearthed numerous Paleolithic, Mesolithic and Neolithic locations nestled in the high peaks of Mt Smolikas, the lakes of Valia Calda and along small paths.

The concept of an autonomous Aromanian (Vlach) state in the Pindus area was promoted by Romania from the 1860s until WWII , though all the attempts to realize it failed. The Battle of Pindus took place in the pindus mountains in Epirus and West macedonia in the autumn of 1940, between the Greek and Italian armies; Greeks won, if only to be beaten by the German forces shortly aftwards.

The village of Metsovo enjoyed a privileged status during both the Byzantine and Ottoman era, since the residents’ cooperation was necessary to ensure control of the mountainous passage Zigos or Katara, linking Epirus to Thessaly and Western Macedonia.

Nearby sights
The area’s most popular village is Metsovo, with its rich Averofios Botanical Garden, Museum of folk art, art gallery and Ginas water mill, located by the banks of Arachthos river. You may get a taste of renowned local cheese at several small shops around the village square, although the prices are often quite high.

Quieter Anthochori, on the foot of mount Peristeri, also has an ethnographic museum, while the welcoming locals will not disapprove if you decide to camp near the village or outside the monastery of Zoodochos Pigi.

Ski resorts
There is no ski center on Mavrovouni, but the Metsovos resort is not far. 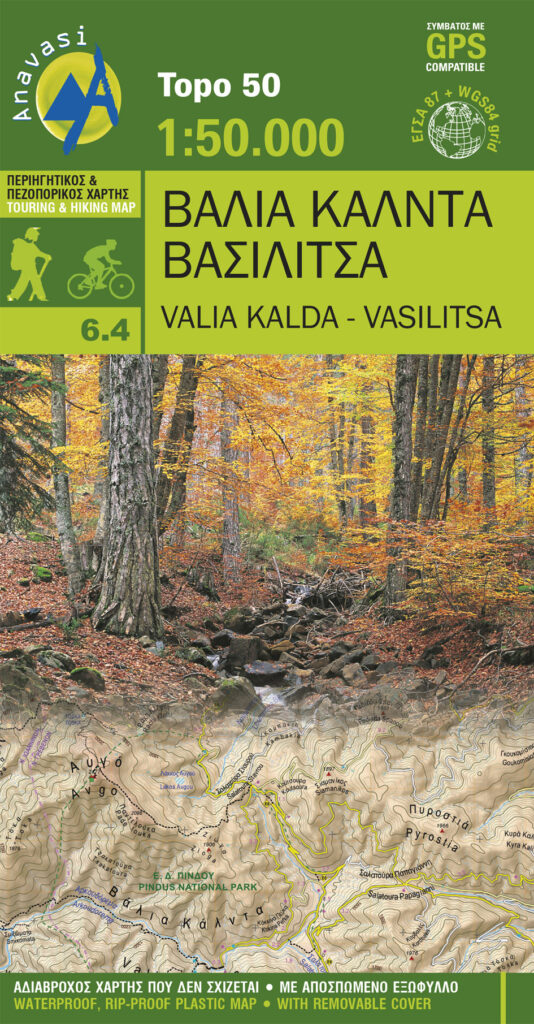 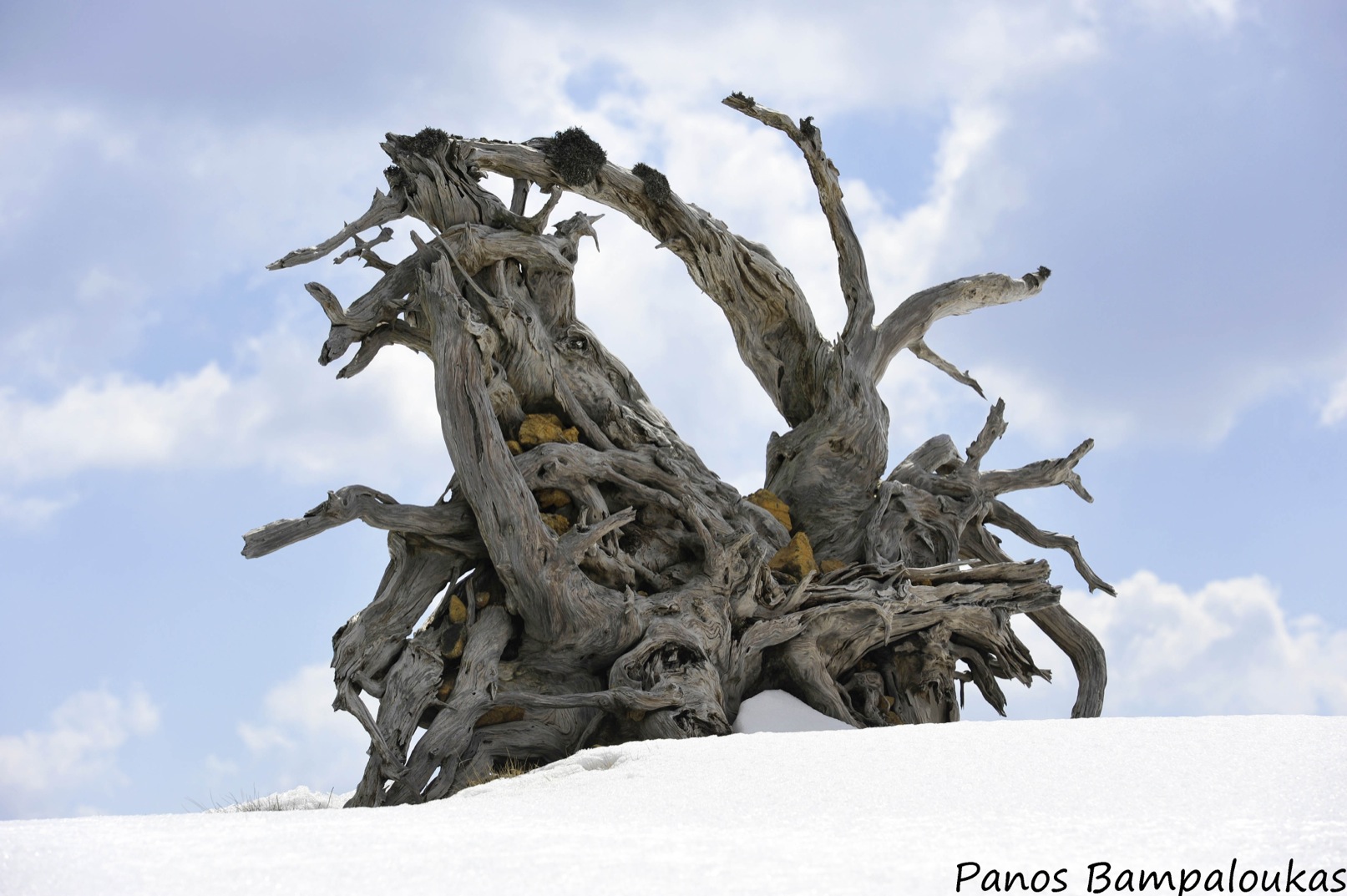 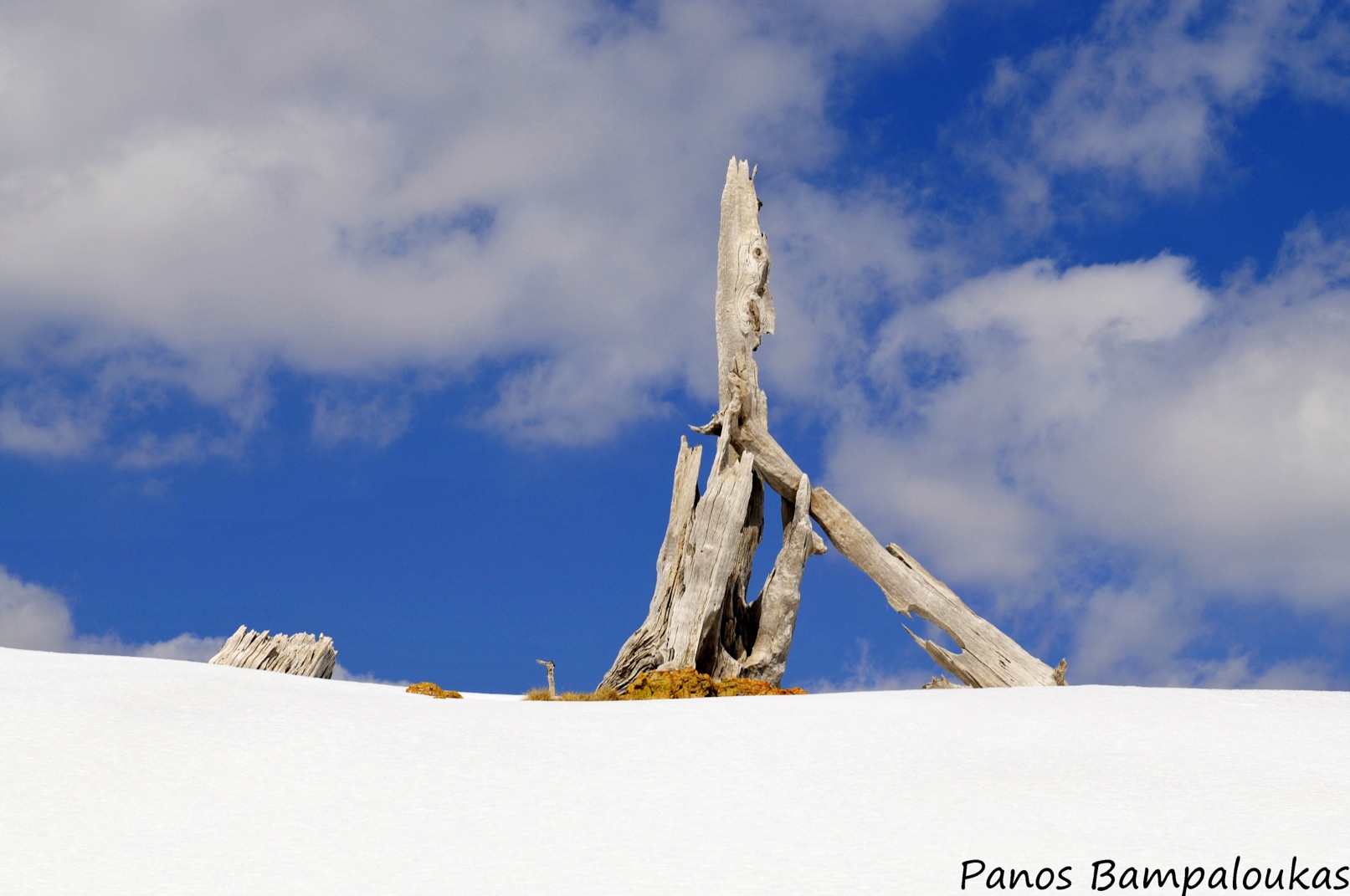 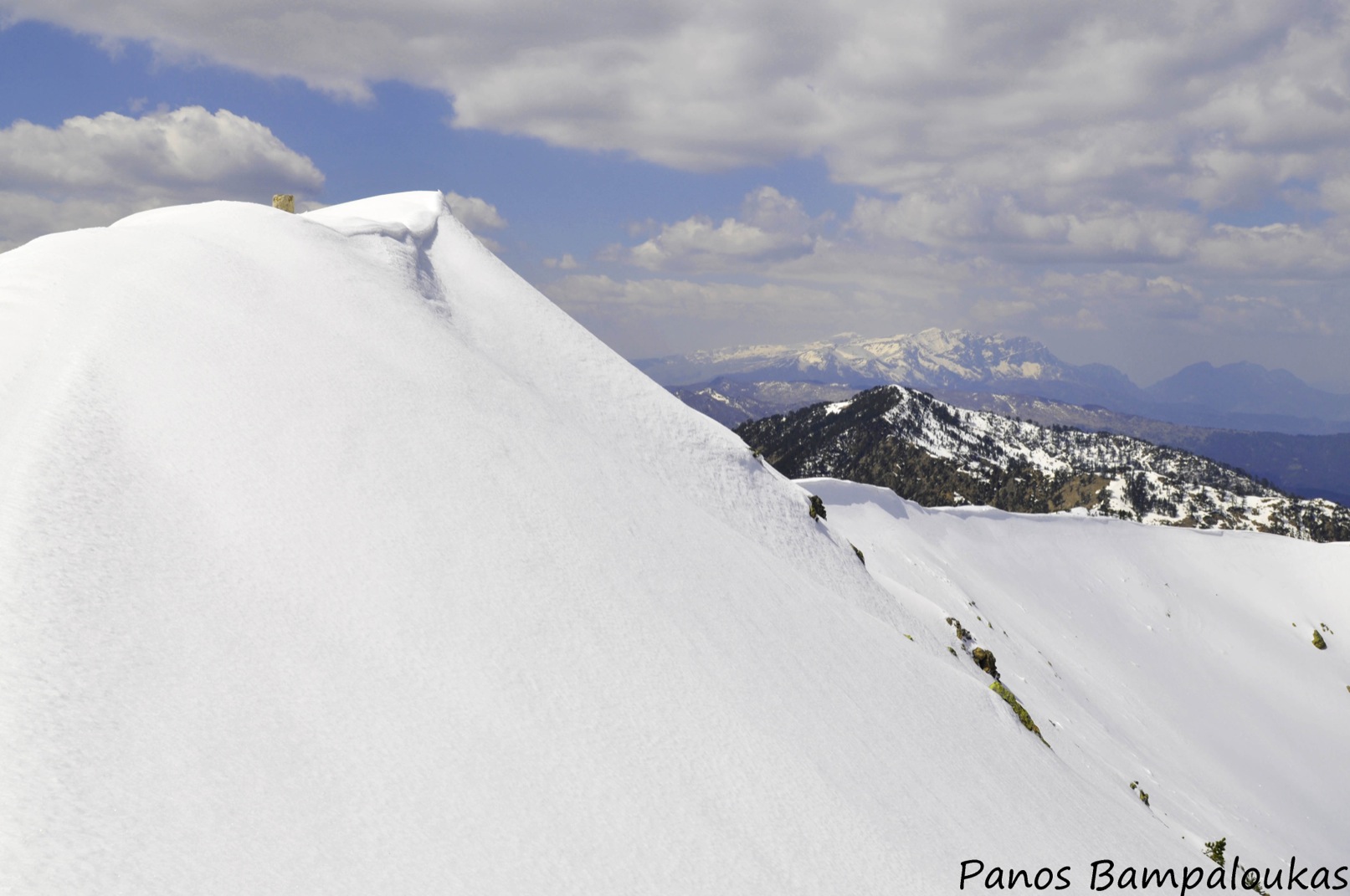 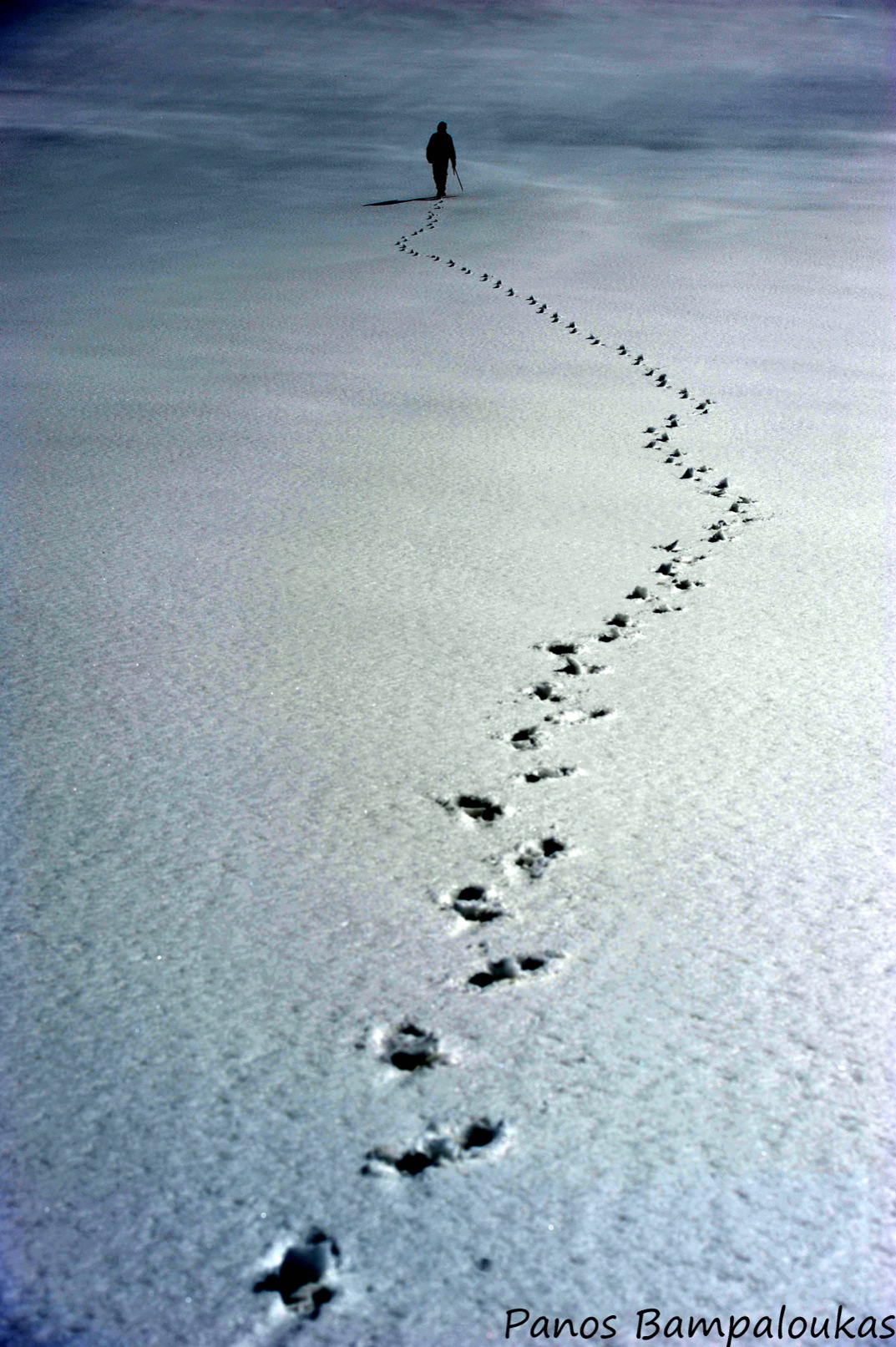 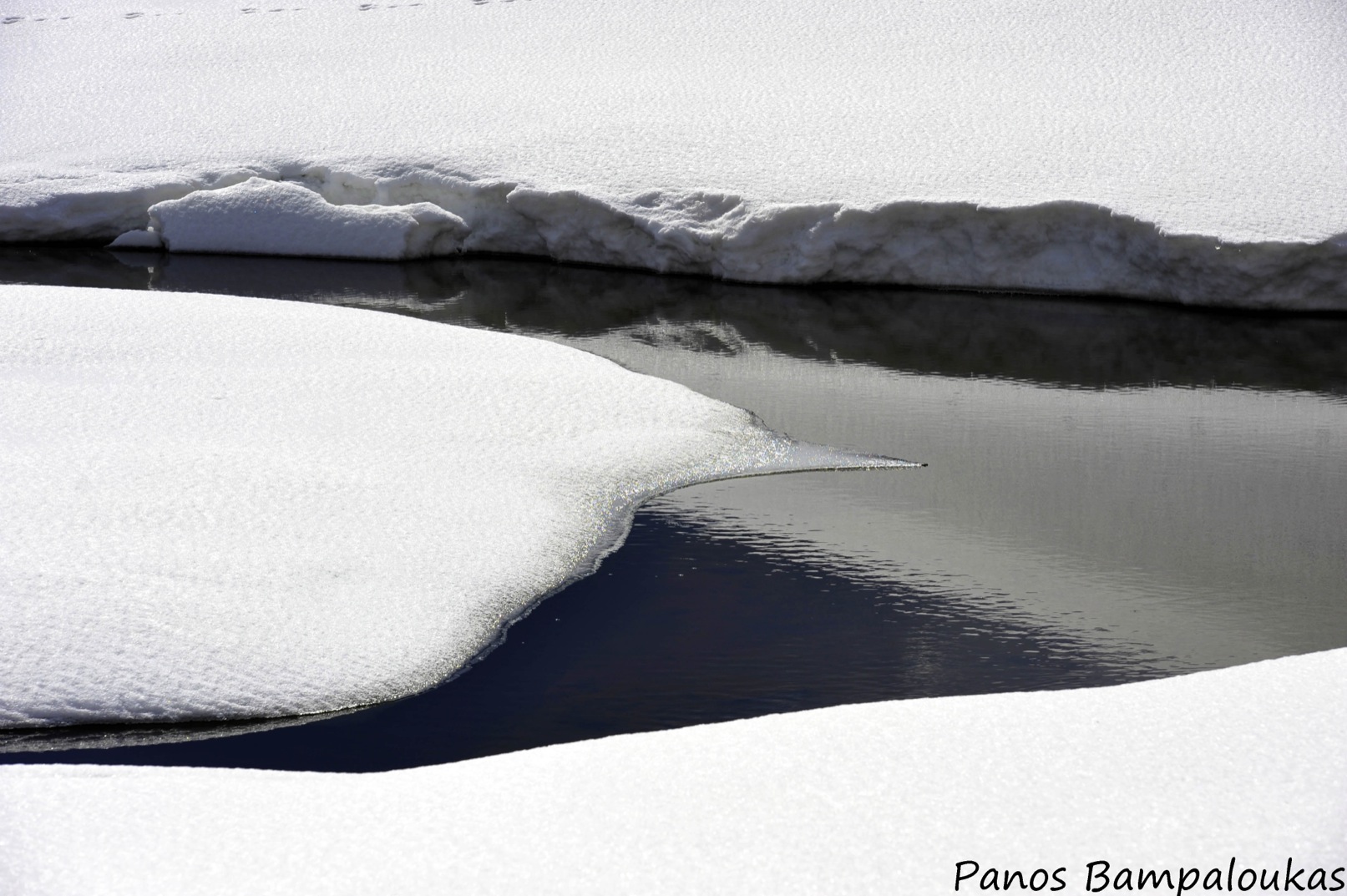 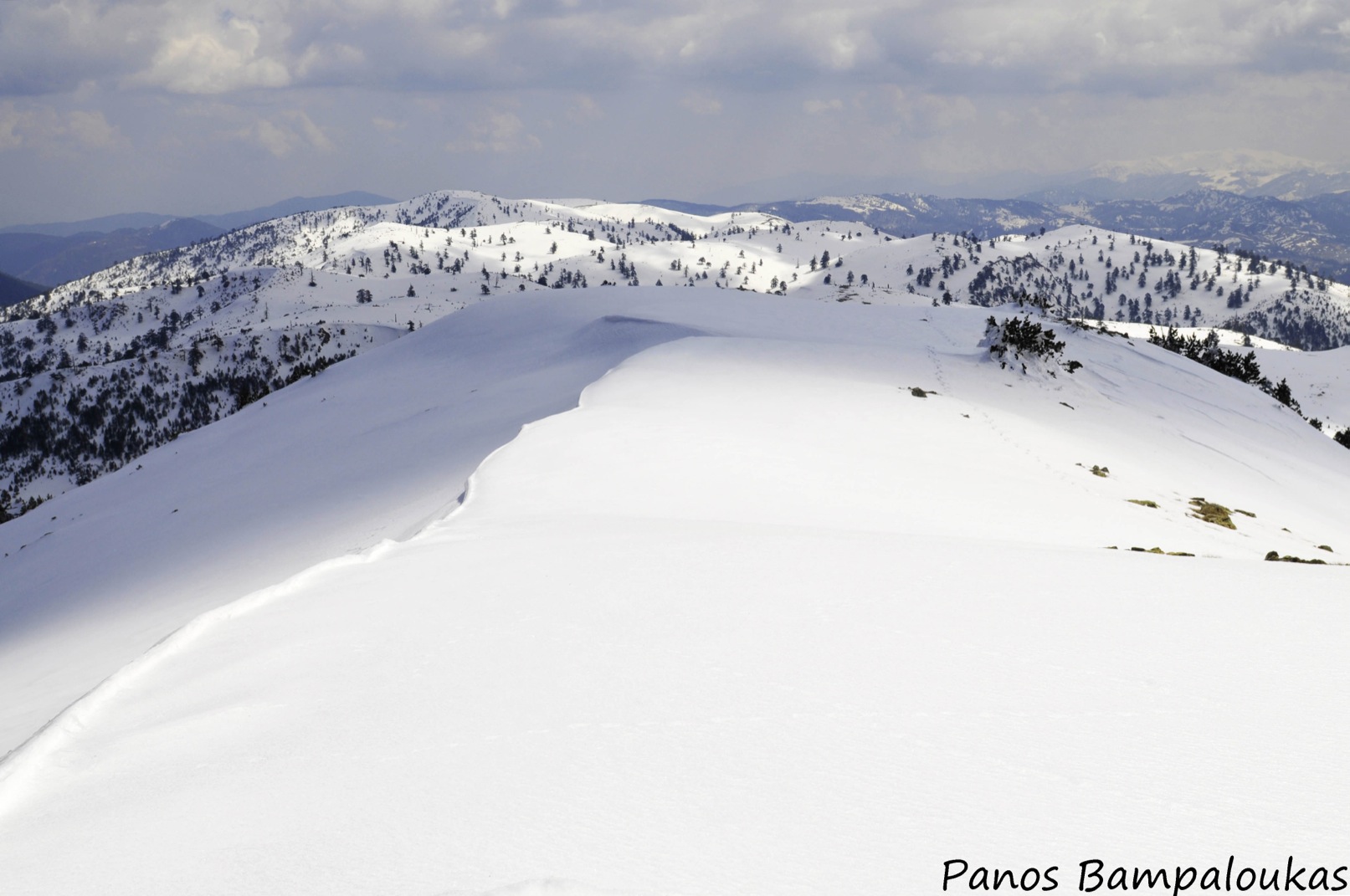 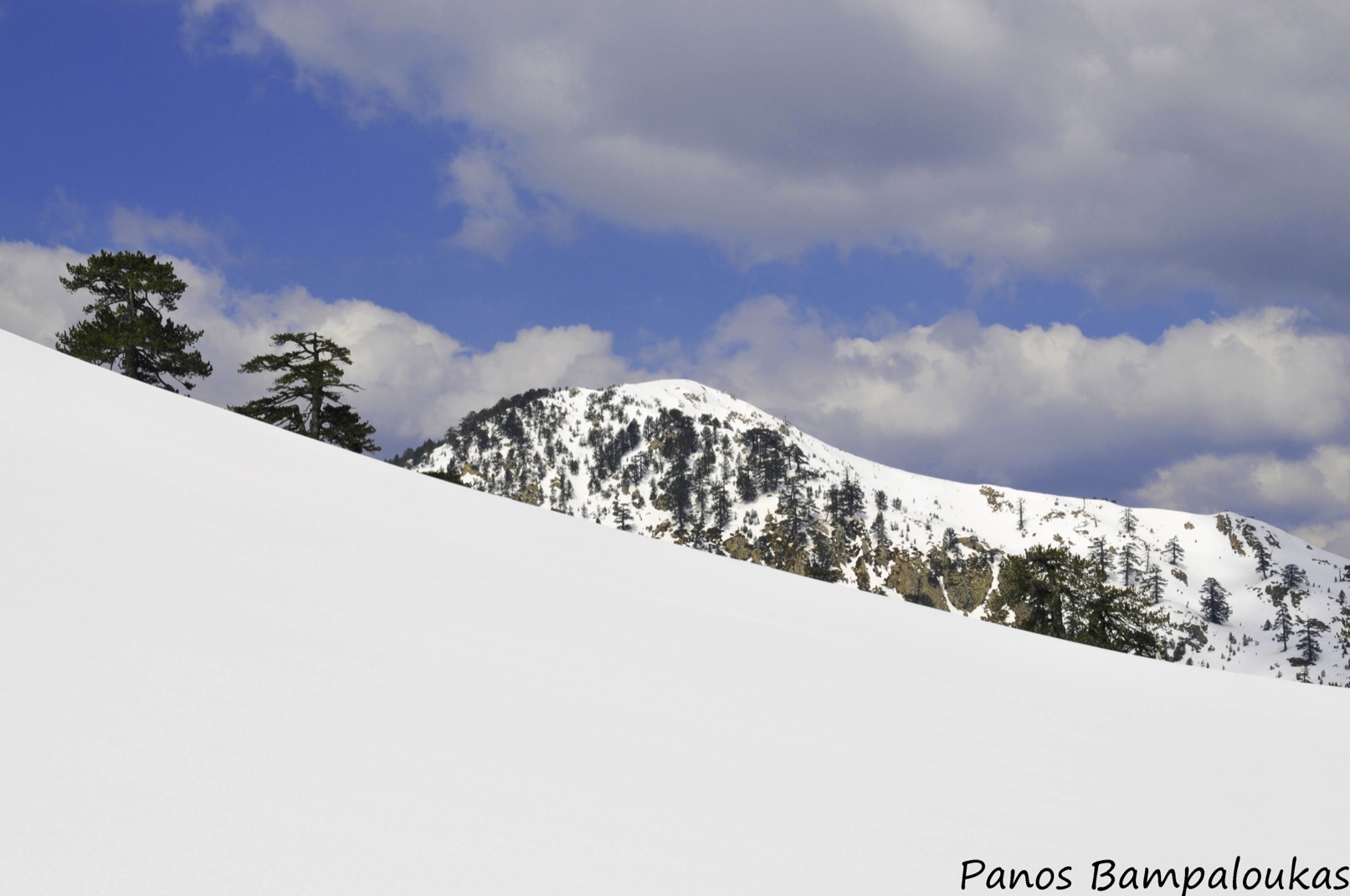 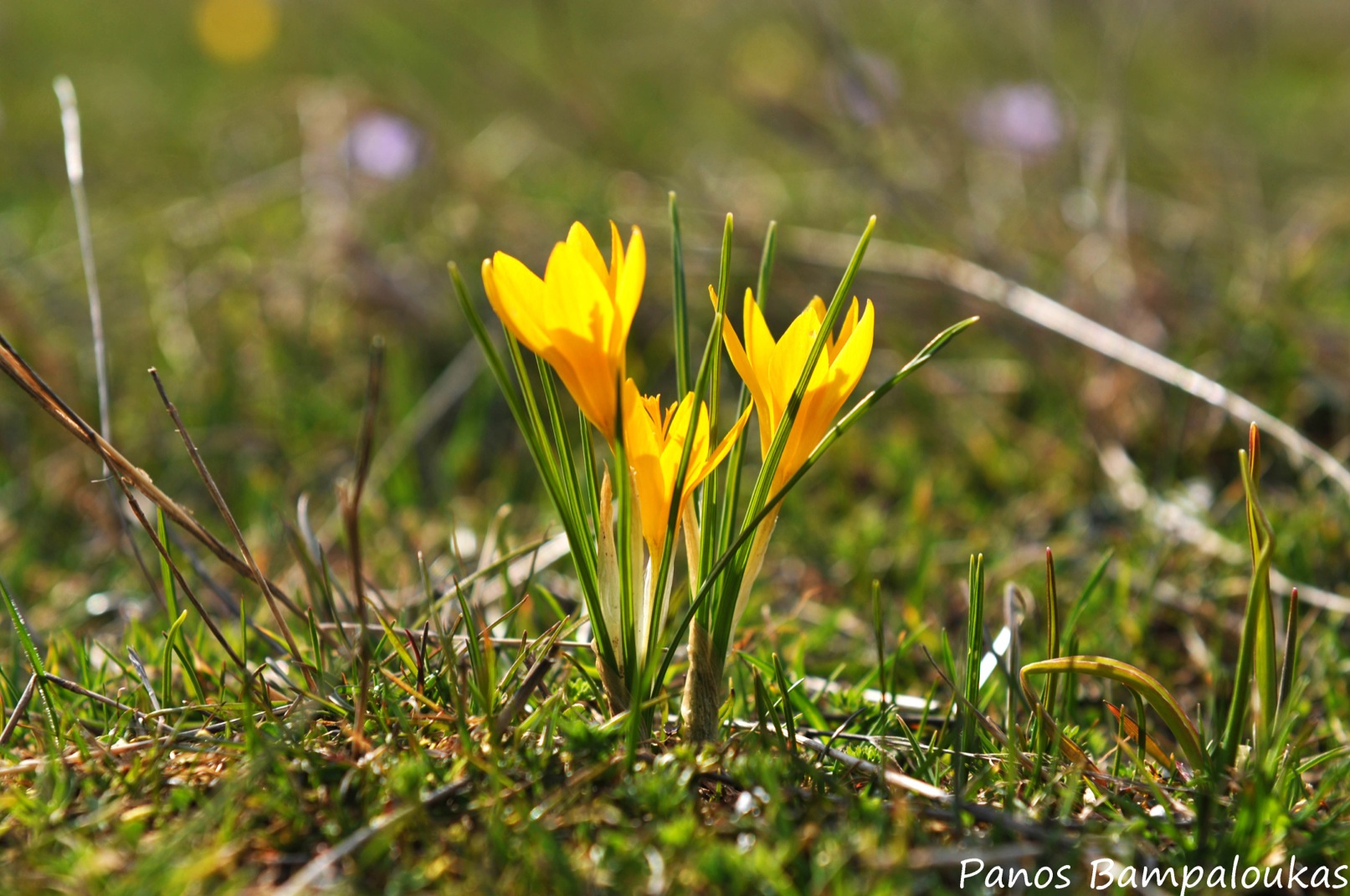 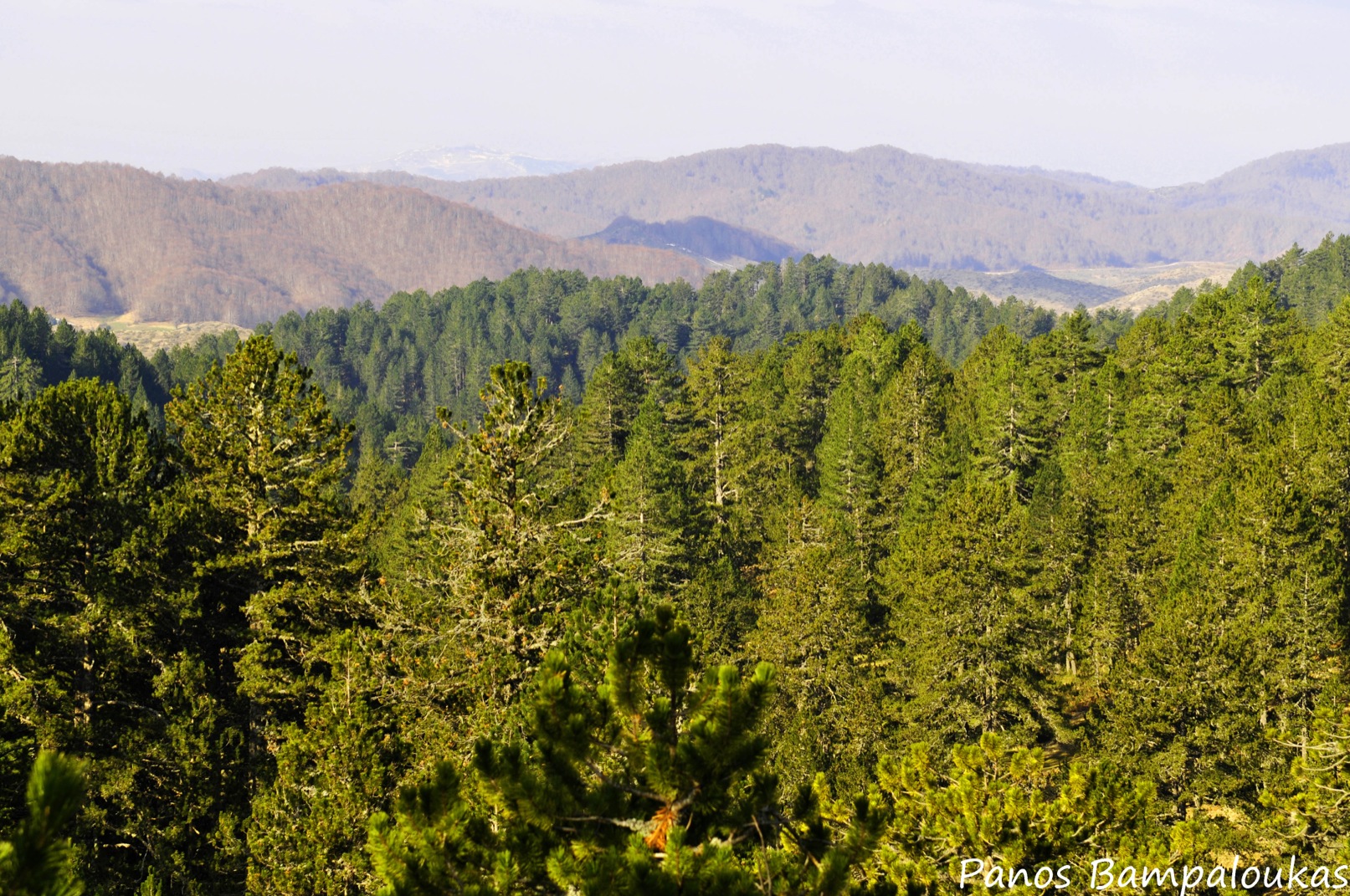 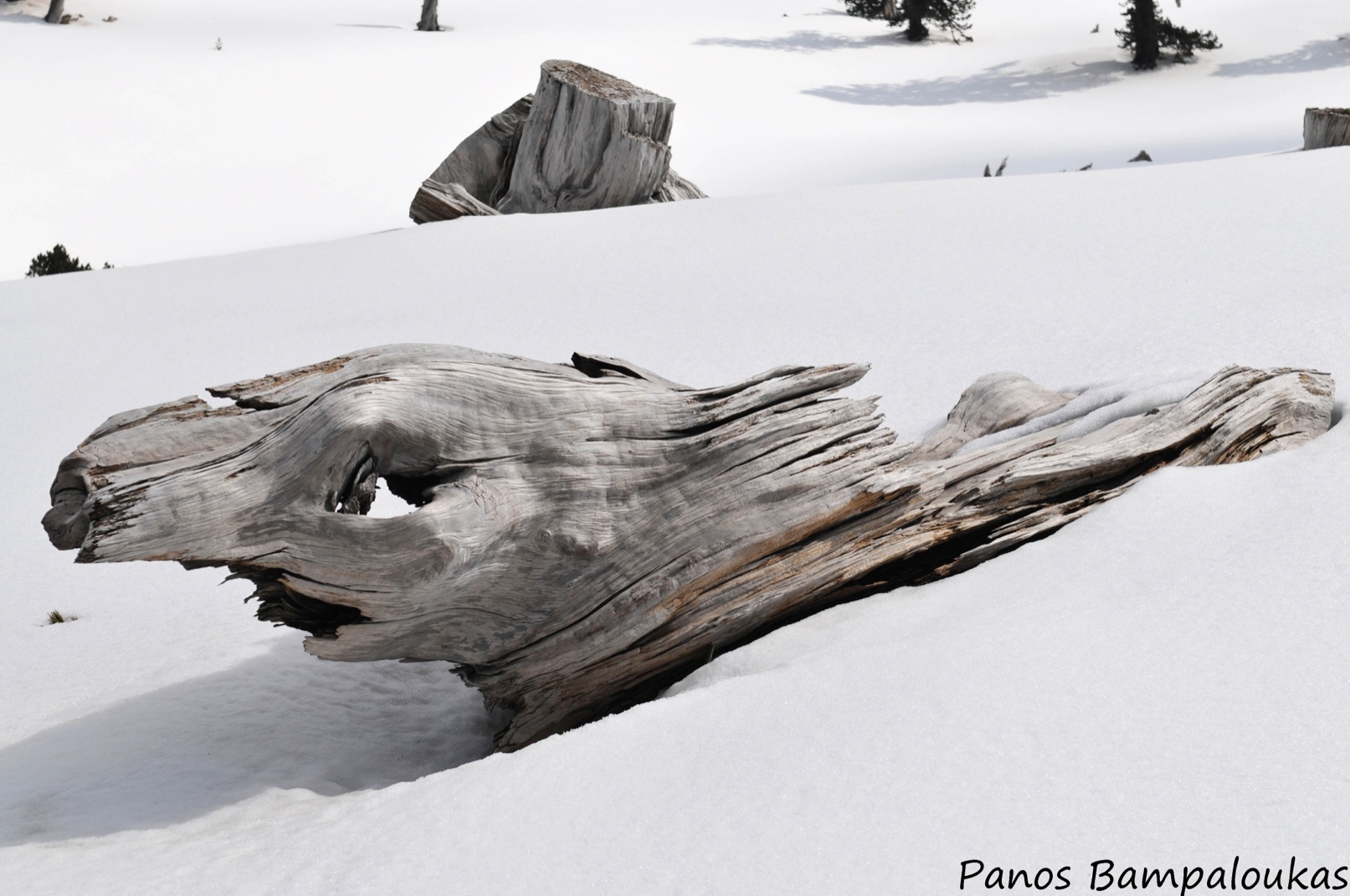 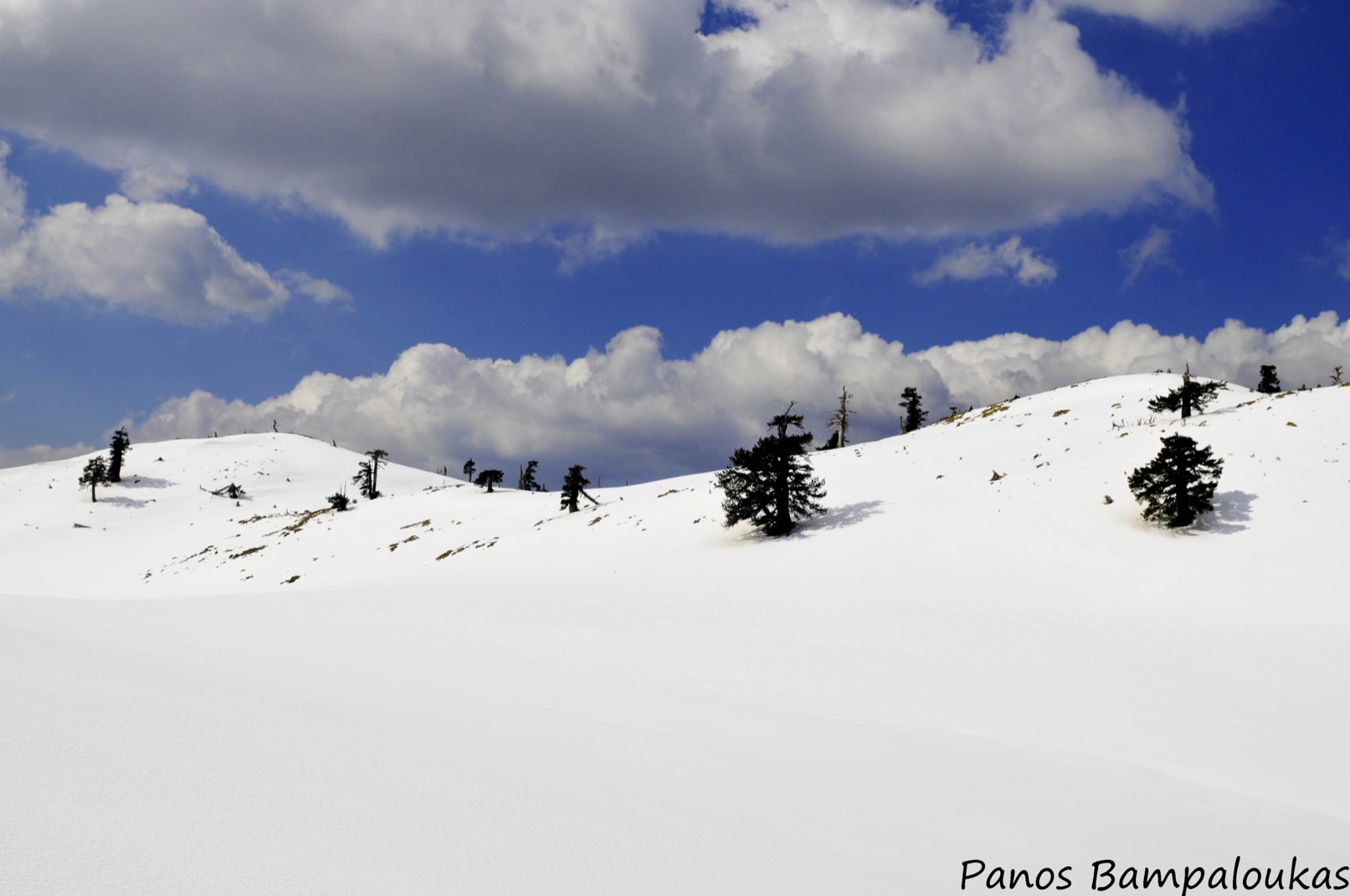 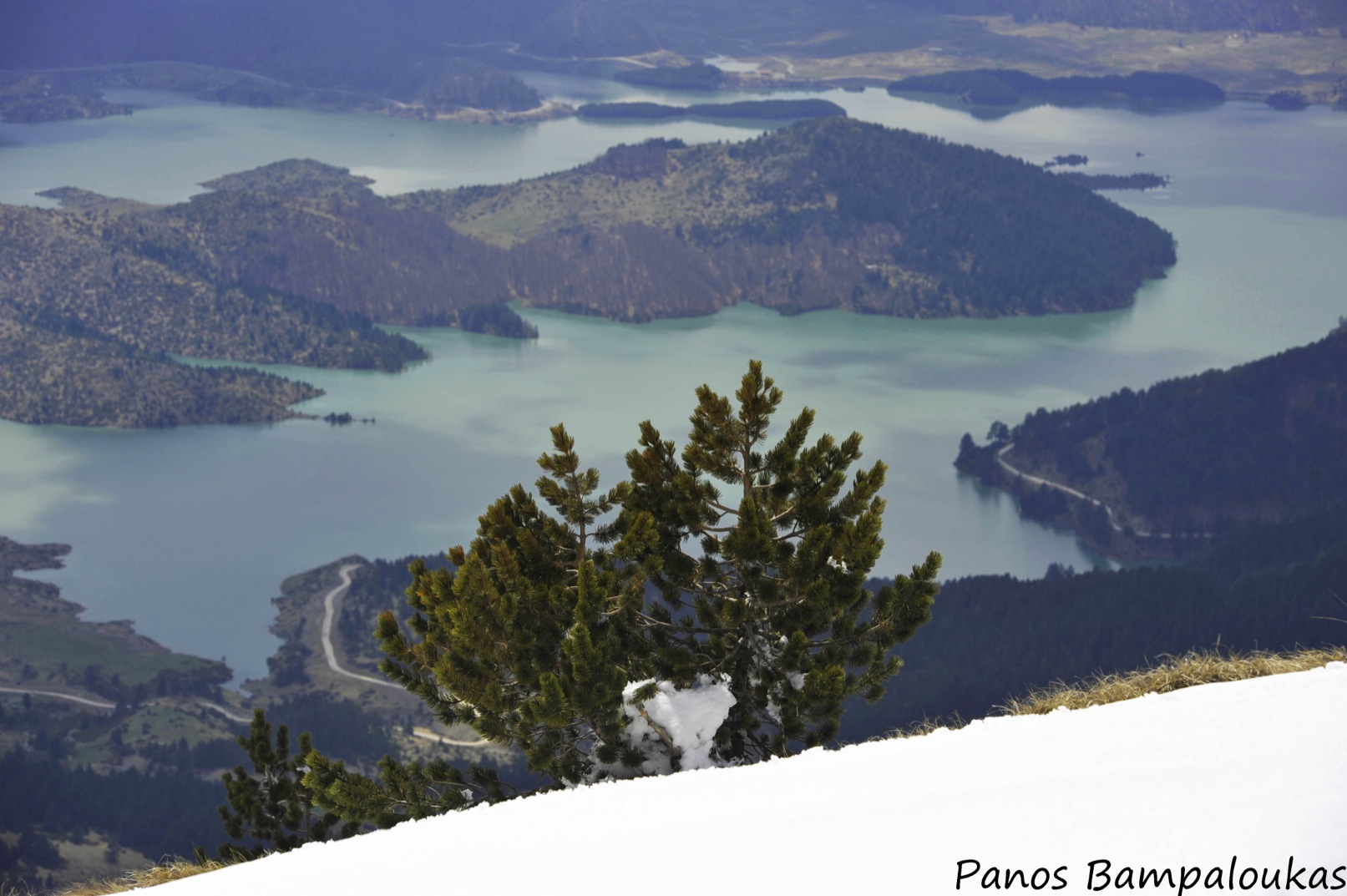 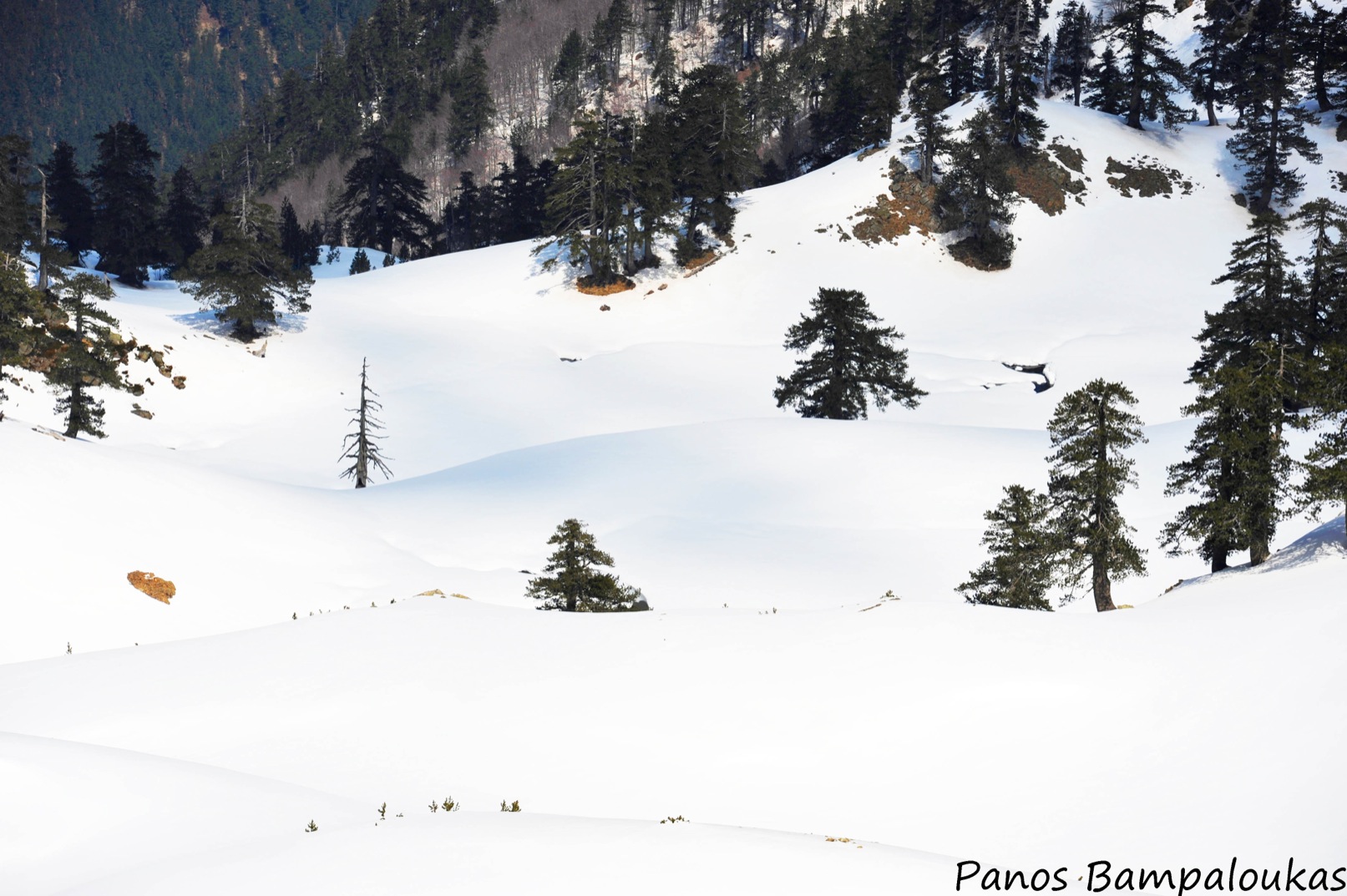