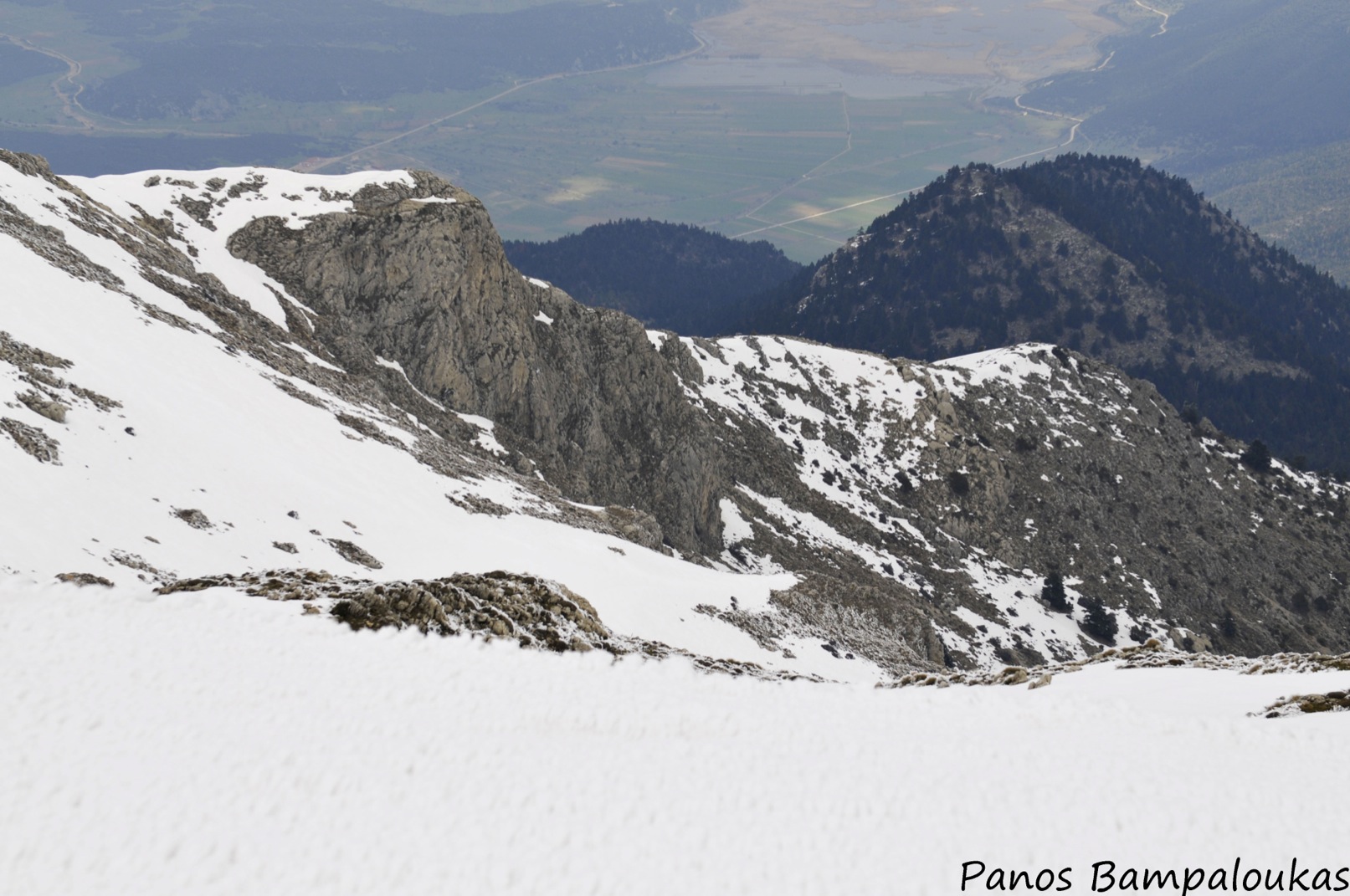 Mount Oligyrtos, located at the borders of Argolida, Korinthia and Arcadia, is one of the region’s smaller- in terms of perimeter- mountains, but is renown for its green slopes and panoramic views. It boasts a fir forest of 21,250 acres and 24 animal species, including several kinds of woodpecker, the rare golden eagle, six species of mammals and 14 different amphibians. Kyllini (Ziria) , Helmos and other mountains, as well as Stymphalia lake, are all visible from its peak. 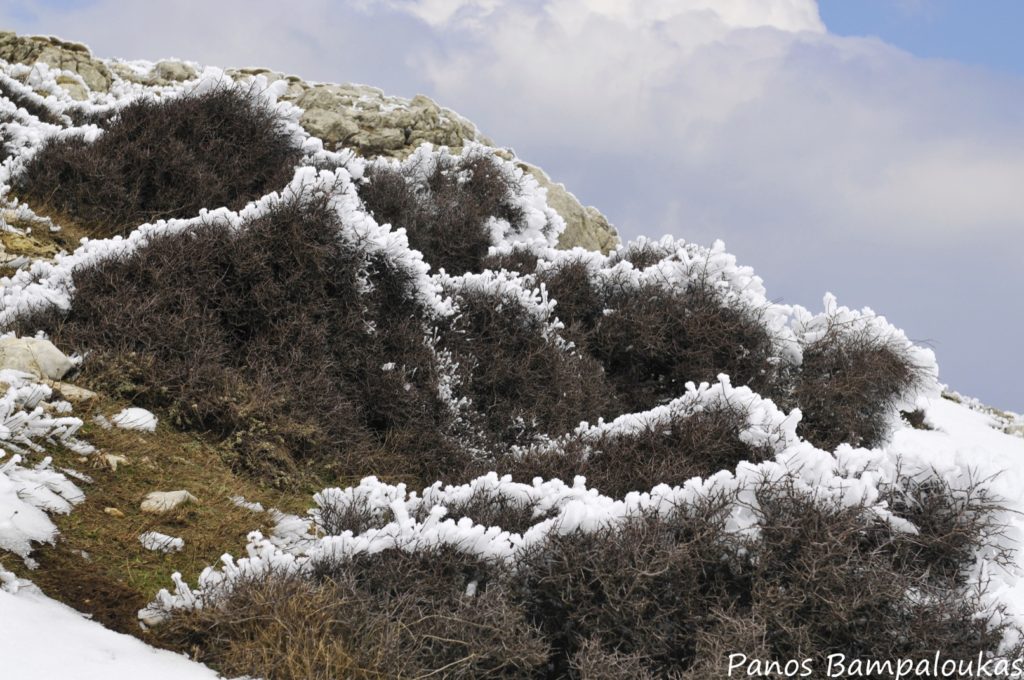 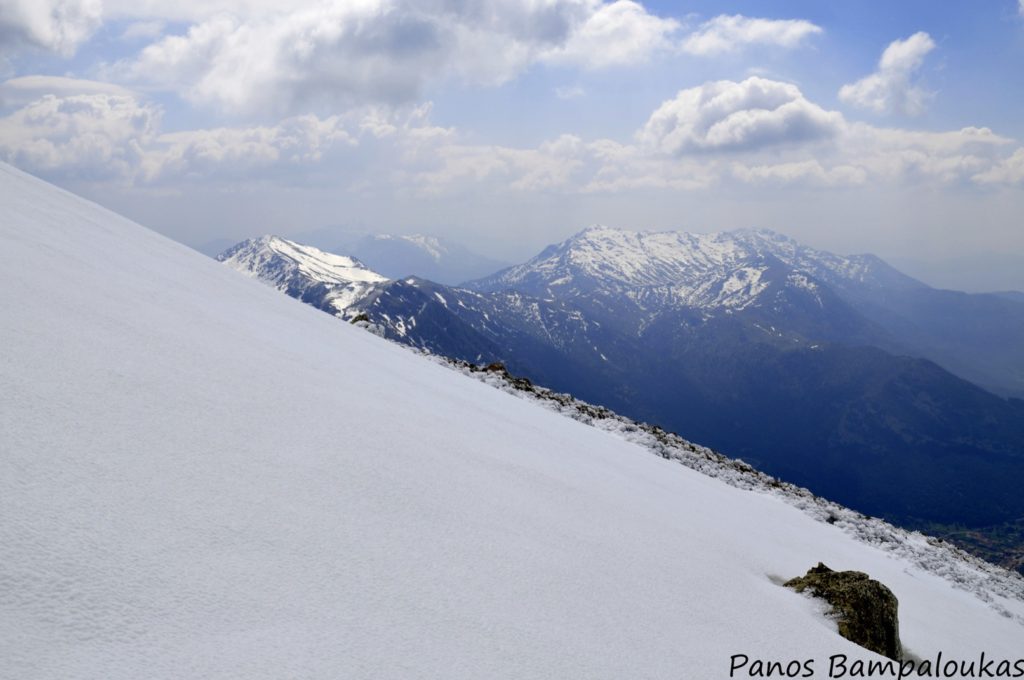 Recommended routes
Lafka village- Agia Sotiria- Skipiza (peak): Begin your ascend at the village square and follow the well-trodden footpath leading to the last cluster of houses, then take the dirt road until you find the opening of the mountain trail, on the left side of a right turn. On your way to the church of Agia Sotiria you should cross the forest road four more times. The route’s last spring is near the church; you may want to fill your flasks here before contunuing your hike. Continue on the forest road until you see the footpath’s opening, on your right side.

This part of the route is trickier due to the absence of signs; keep the peak on your left side, and you should not get lost. The path will take you through the fir forest and into the zone of alpine vegetation. The slope becomes steepier just before you reach the crater, at an altitude of 1500 meters. Head north towards the lowland between the peaks Skipiza and Chionotrypa. The highest one is on your left and takes about 50 minutes to reach. Thanks to its mild terrain, the peak is ideal for anyone wishing to spend the night at an altitude of almost 2000 meters.  The whole hike takes about four hours to complete and, despite its lack of adequate waymarks, is well suited for less experienced hikers. 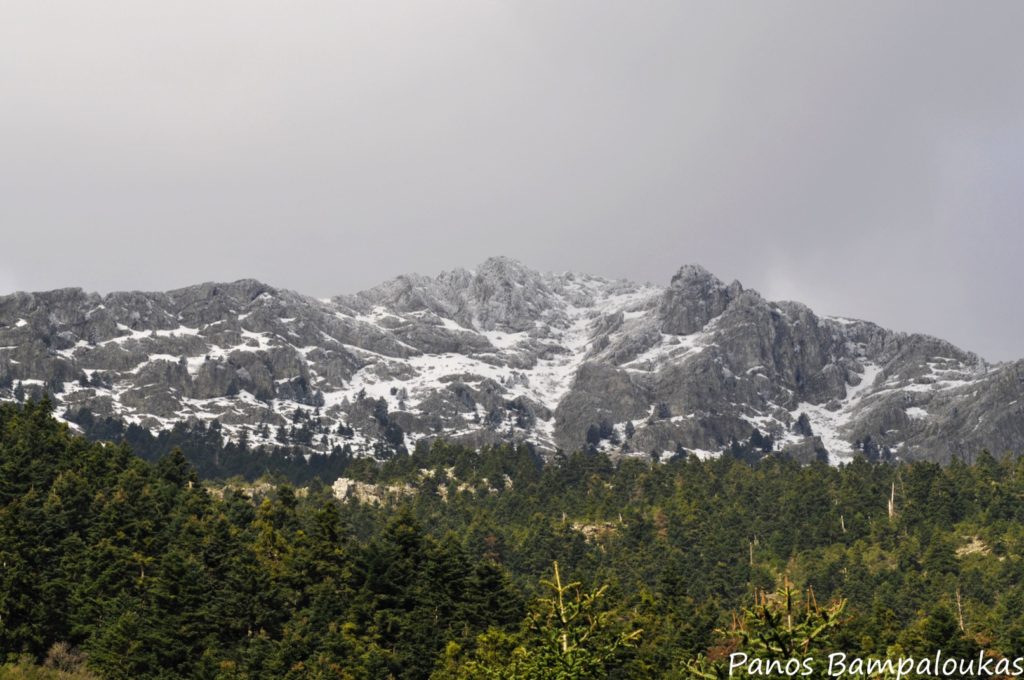 Local history
Ancient Stymphalia was said to have been founded by Stymfalos (or Stymfilos), son of Arcada, grandson to Lykaona, which gave his name to the city but also to the whole region. Here, the legend has it, is where godess Hera was believed to have been raised by Timenos, son of Pelasgos, and also were Hercules killed the so-called Stymphalides ornithes (birds of Stymphalia), rescuing nearby villages from their destructive attacks. According to the Iliad, the city of Stymfalia took part in the Trojan War.

Nearby sights
The area’s most popular site is Stymphalia lake. Near it there is an wildlife observation and information center, as well as the newly constructed Environment Museum of Stymphalia. Hunting has been prohibited in the area, allowing the lake to become a rich biotope with 143 species of birds. The remains of  Stypmhalos, an ancient city built around the lake and possibly named after an Arcadian hero, are still visible around the lake. 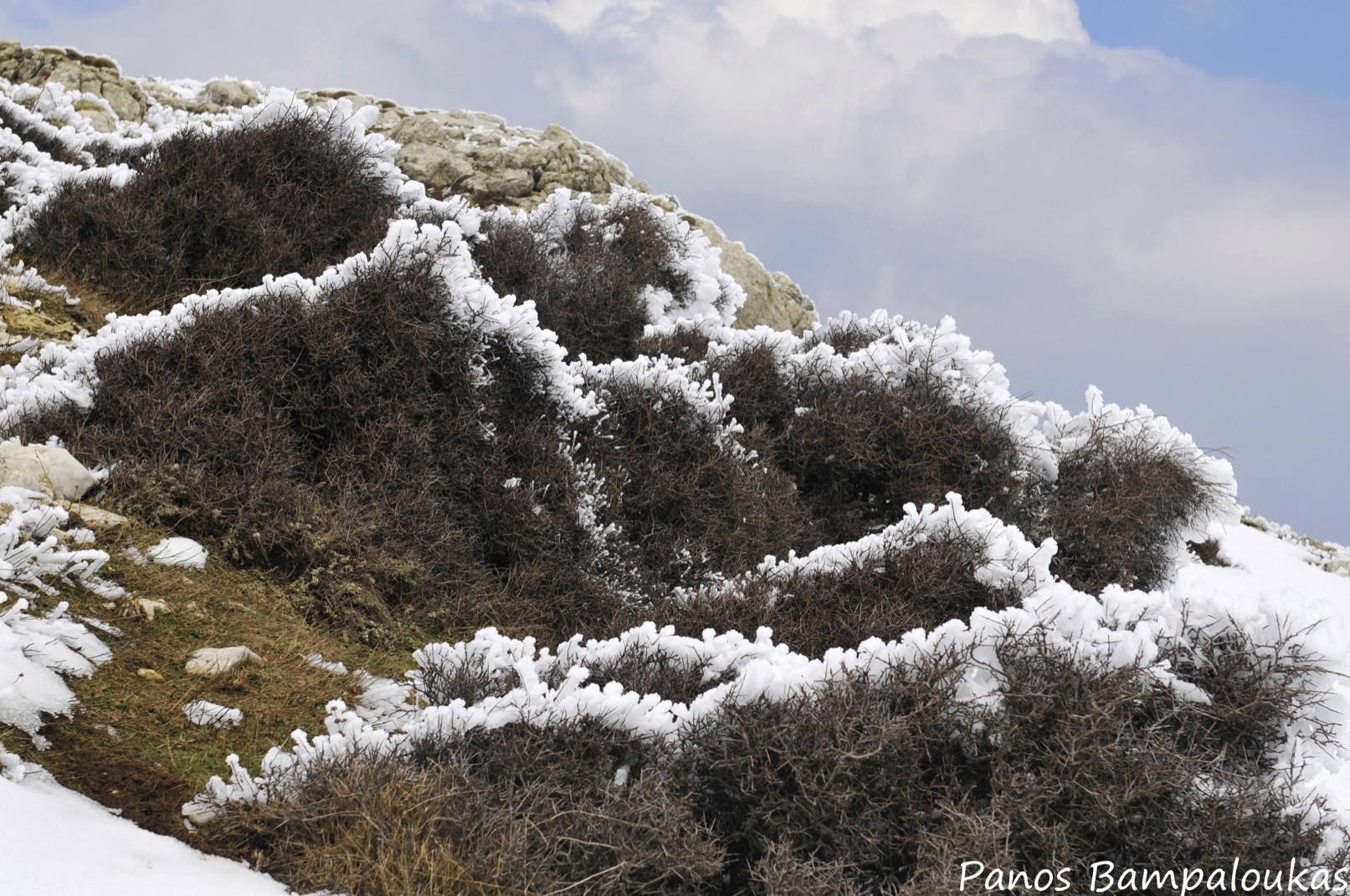 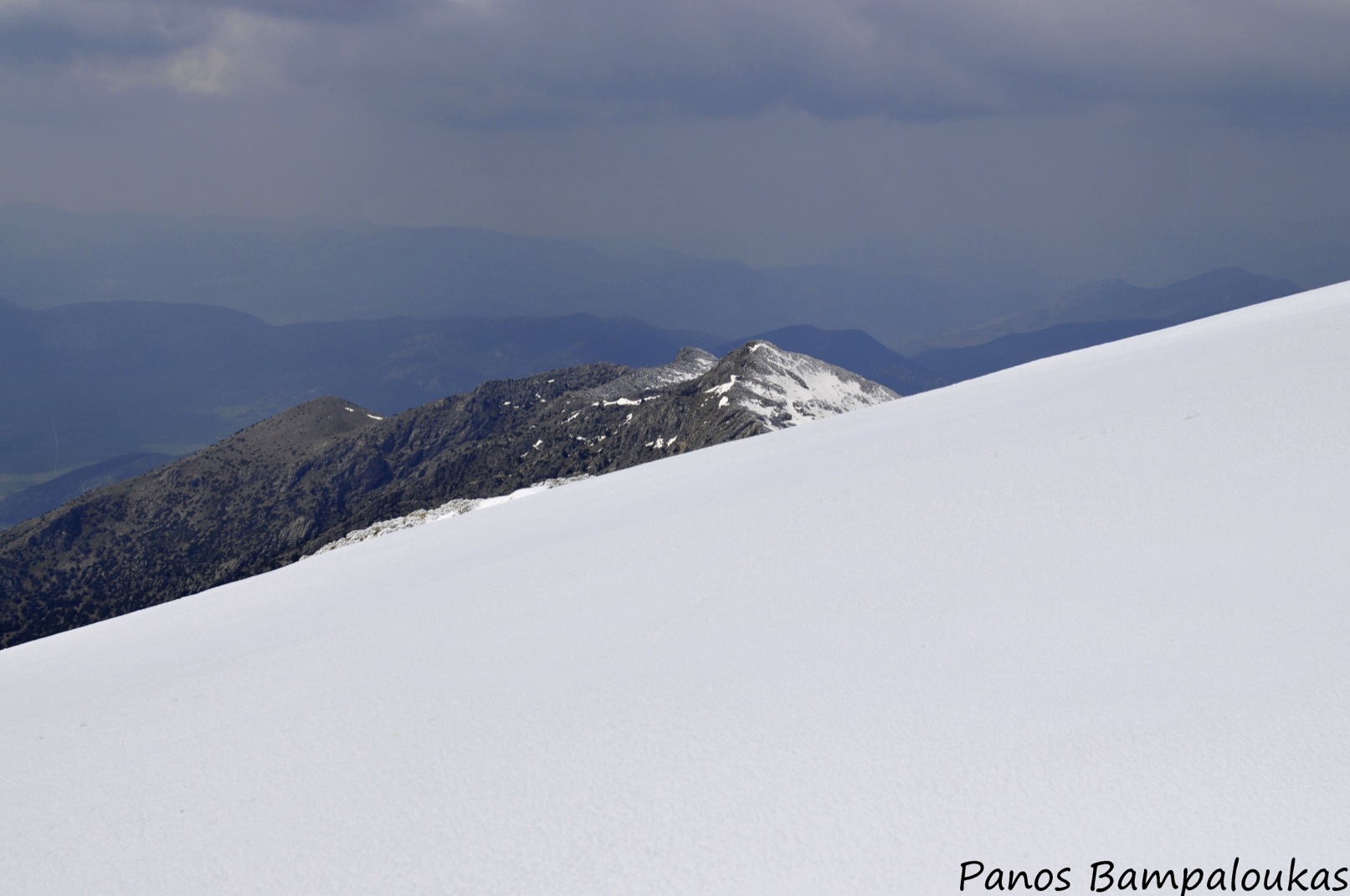 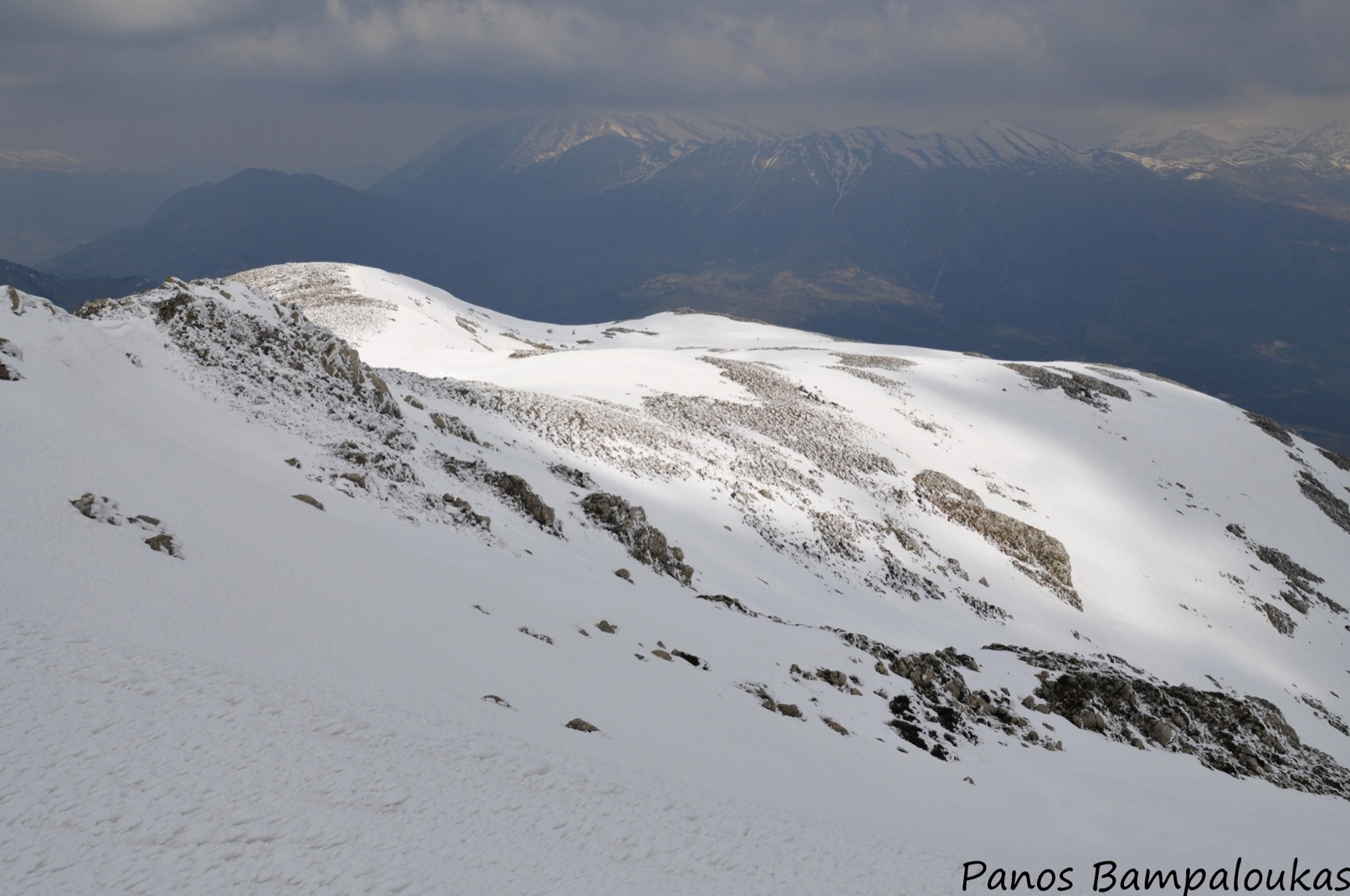 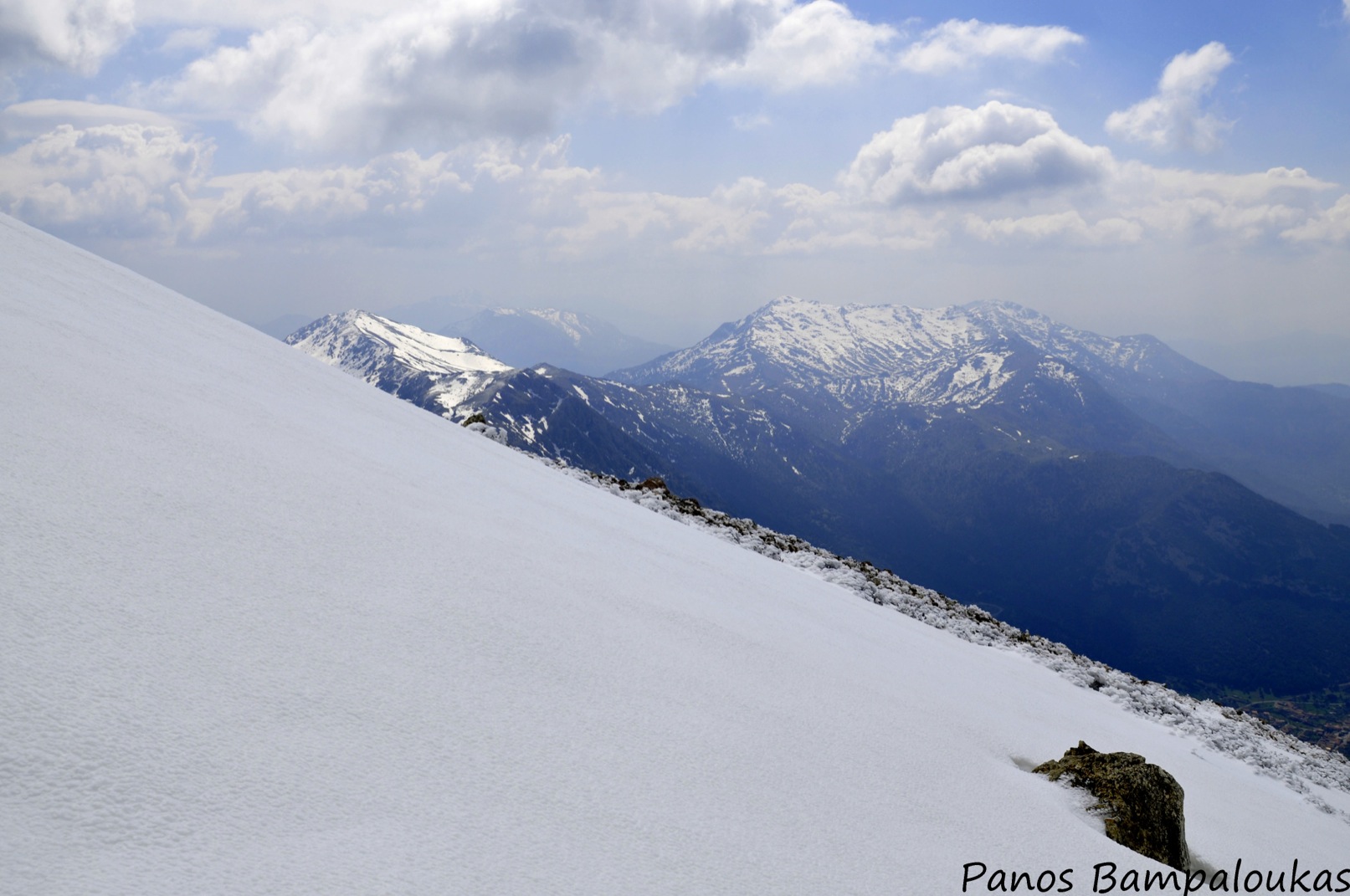 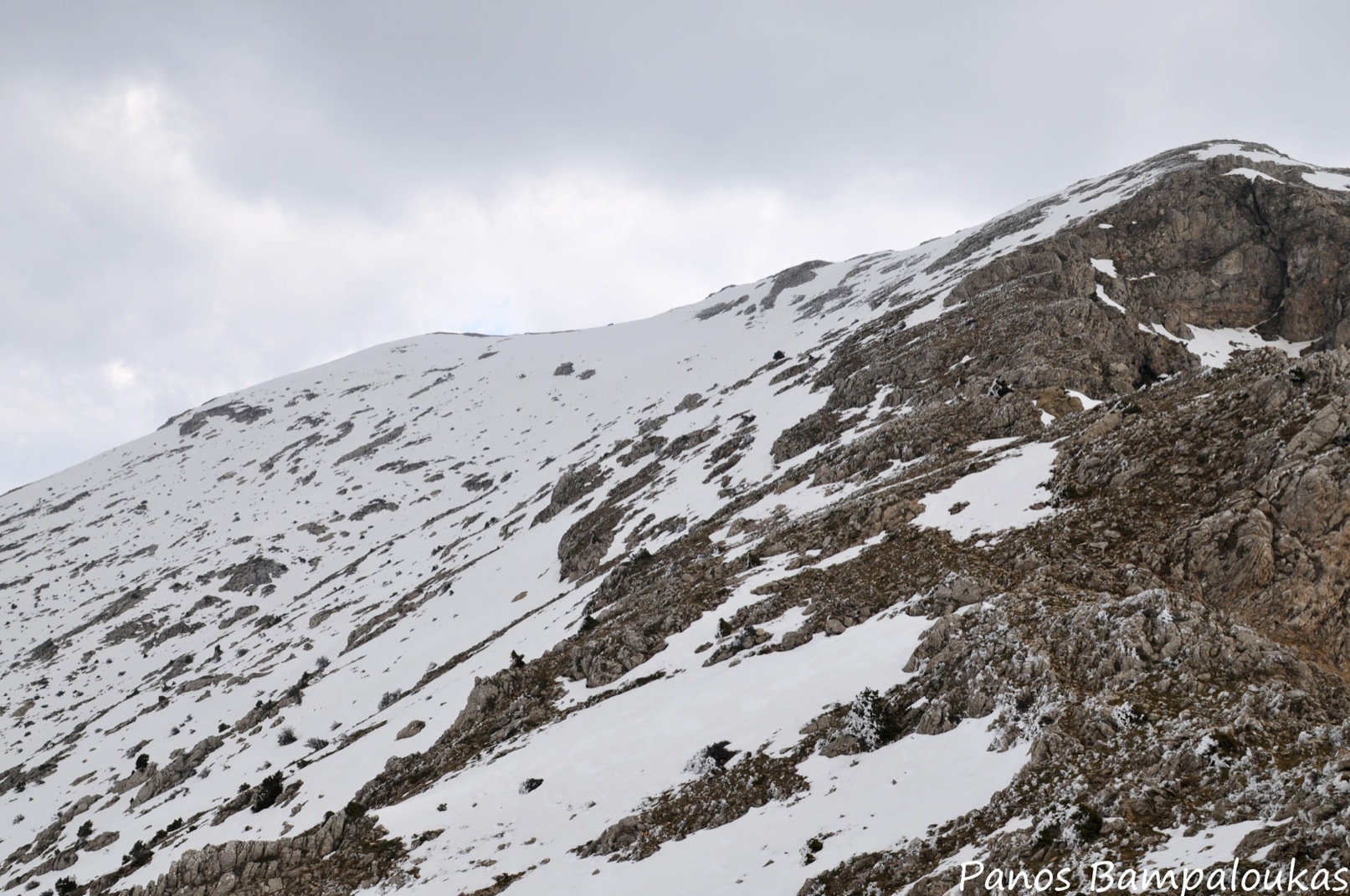 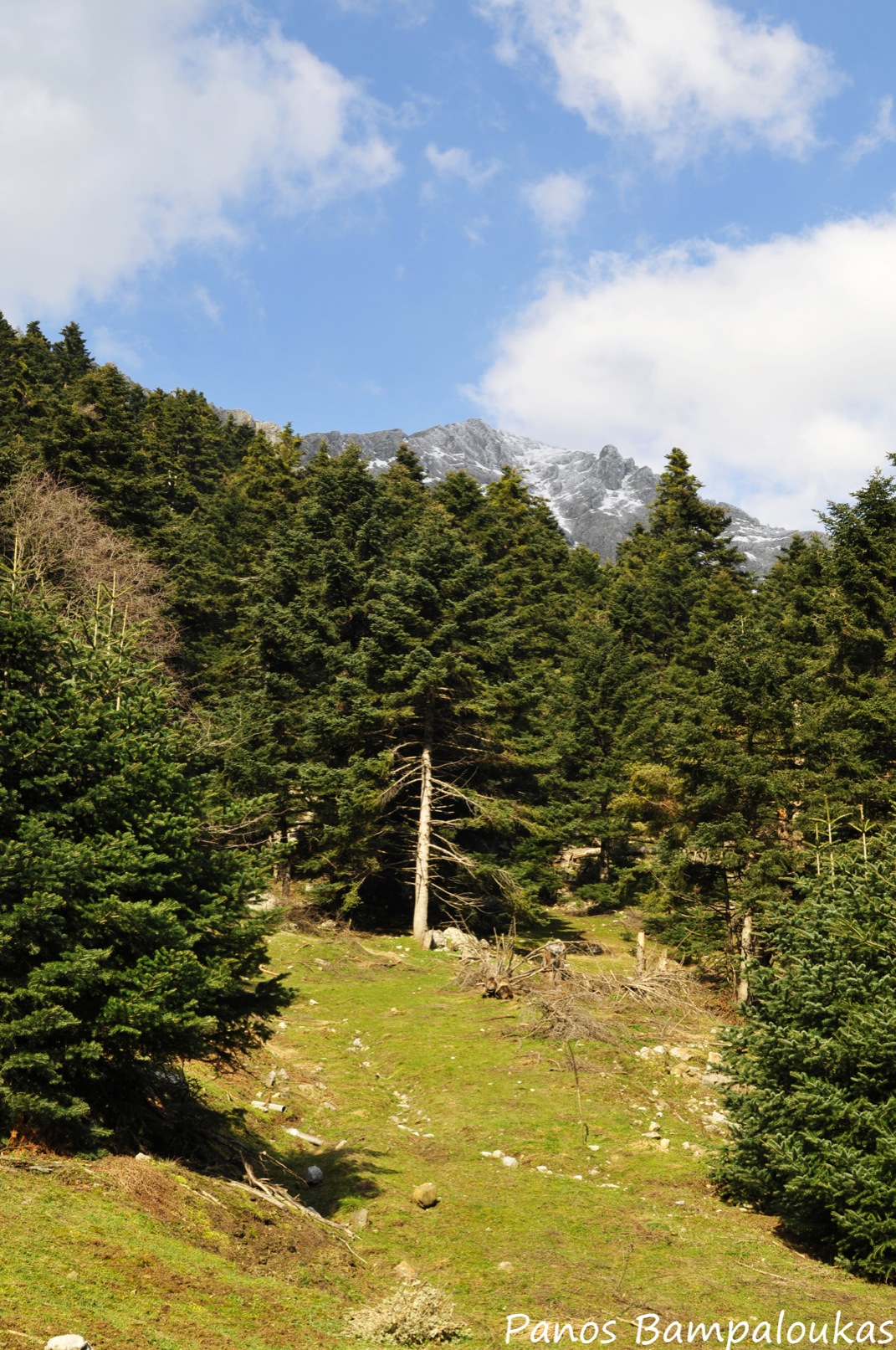 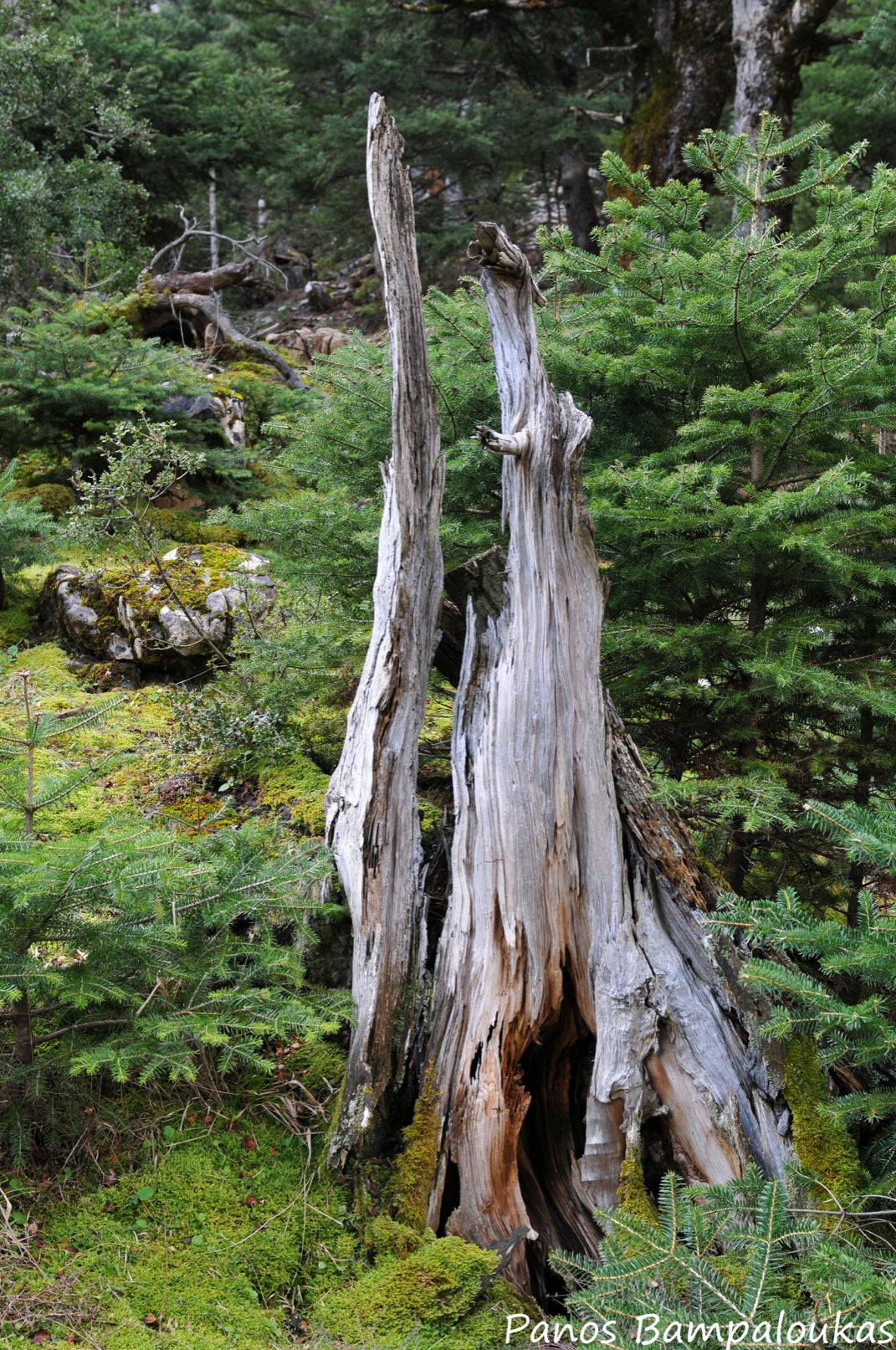 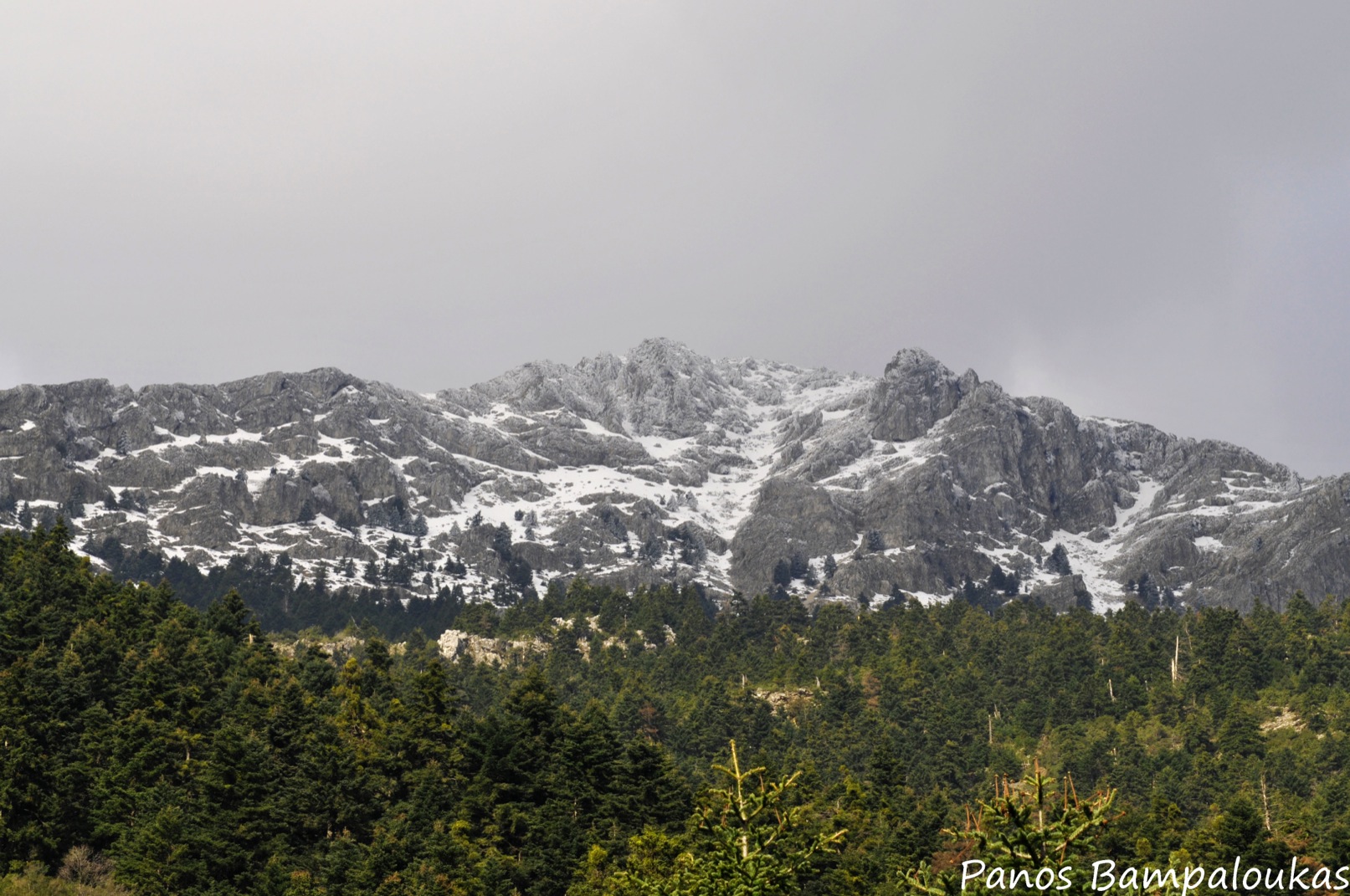