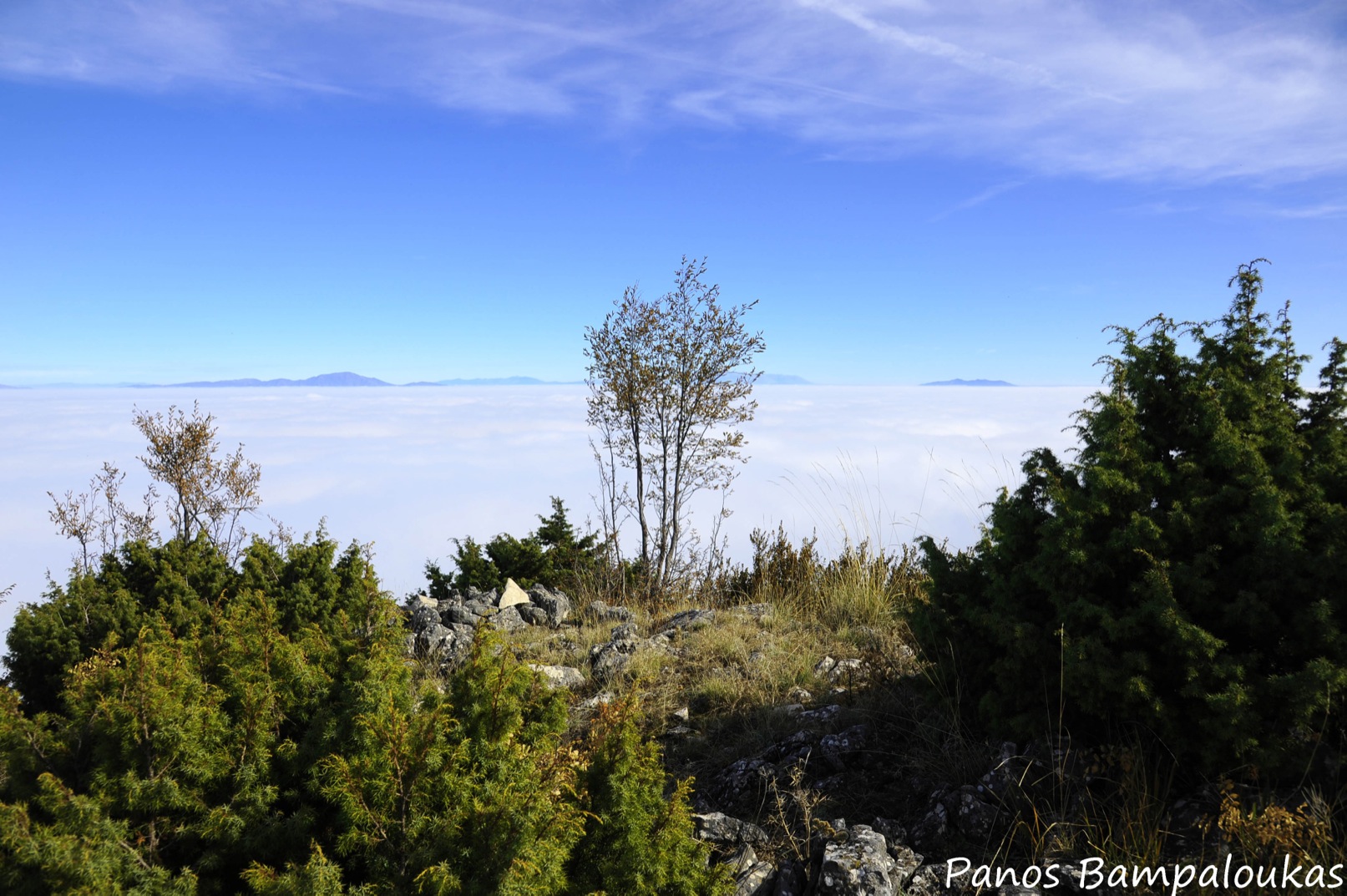 Mount Orliakas is located in the prefecture of Grevena and borders with mount Vasilitsa. Renowned for its rich flora and fauna, boasts a great variety of mushrooms (about 1,000 species). According to scientists, is an ideal habitat for the bears, as in the caves find refuge those large mammals, that fall into dormancy during the winter months. The mountain is quite small in volume and to expoler it one needs no more than two days. Experienced hikers can cross the biggest part in one day. Reference point is the gorge of Portitsa. It is located in the valley of Kanavis at foothills of the mountain. The canyon was created by opening a rift valley with the “help” of Venetikos river. In autumn the mountain is a its best. The mixed forest of evergreen and deciduous trees create beautiful color compositions, making it distinctive. The higher sections are dominated by conifers like pines and firs while lower exist oak, cherry, maple, boxwood, etc. The summit of the mountain is less than 1,500 m. thus it is not a point of reference for most climbers. During the summer, at its the slopes many activiteis are carried out such as climbing, hiking, while at the Venetikos river you can do rafting. A steady presence at the mountain have the mushroom lovers who look for fungi in inaccessible places and steep slopes. Just outside the village Ziakas takes place and the annual mushroom festival in summer or autumn. Orliakas is included in the 69 areas designated as zones of special protection of birds, while hunting is allowed only in specific areas. One of the rarest mammals in the mountain was the lynx. Hunting of the animal has been banned by law since 1937. The lynx in Greece is also protected by the conventions Bern and CITIES. According to the latest evidence lynx can be encountered in the northern Pindus and at mount Kaimaktsalan. It is unknown if there is any lynx in Orliakas today. The most important factor for the massive decline in population was the major deforestation in area made in the early ’50s. Shelters
There are not shelters. One could possibly stay at the camp outside Ziakas village. 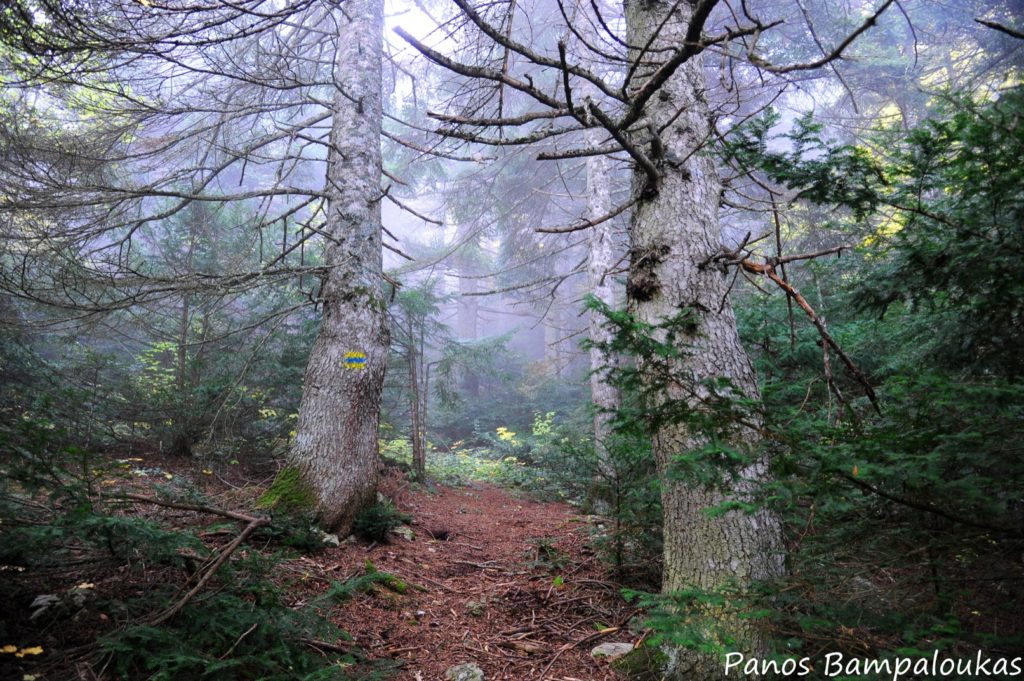 Recommended routes
The route begins from the camp located just outside the village Ziakas. Above the main entrance of the camp there is a source at the beggining of the path. Follow the path towards the village Spilaio; there is a mountaineering sign. The path is visible. We move uphill until we reach a forest road. Here we go left towards the place “Keli tis Grias” (The cell of the old woman). We reach a flat area with benches for resting. “Keli tis Grias” is bit farther. We return back on the plateau. Then we continue on the road that gradually becomes a path. On trees there are some marks probably from motorcycle racing. We need to follow the marks with the yellow and blue spray. At some point we need to turn left just at an opening. Here perhaps is the most beautiful part of the forest path. We pass through mixed forest of pine and maple. 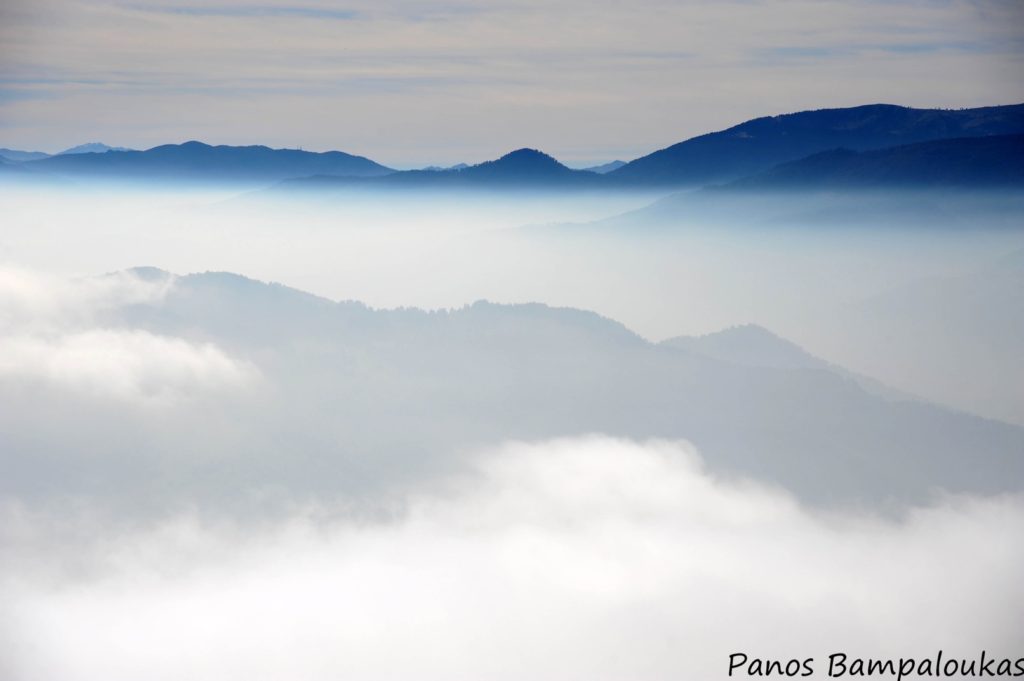 The trail soon becomes steep and passes through rocks. In a few minutes we reach the saddle. Here the path goes left up to the top. From the top we see the Olympus, Vasilitsa, Smolikas, Pieria and other mountains. We turn from the same route.
Alternatively we can go to the village Spilaio. Descending from the top we go left to the dense vegetation. Although there is a path, unfortunately has not been maintained and in many places it has closed. We follow the path that has been opened by animals; another sign that can lead us is the feces of sheep. The direction is downward, and to the left. In the background we see the village. We continue through lush vegetation and there are sparse red spots. Soon we will see a pen just outside the village. We move towards there descending a steep scree. Later the trail is visible again while the slope decreases. Arriving at the sheepfold follow the dirt road left towards the village. Attention to the fold there are four to five sheepdogs.
The alternative route is not recommended for inexperienced climbers because the path that is quite unclear. Characteristic of the south side of the mountain is the different vegetation. Because of the orientation trees here are small and there are few pines. 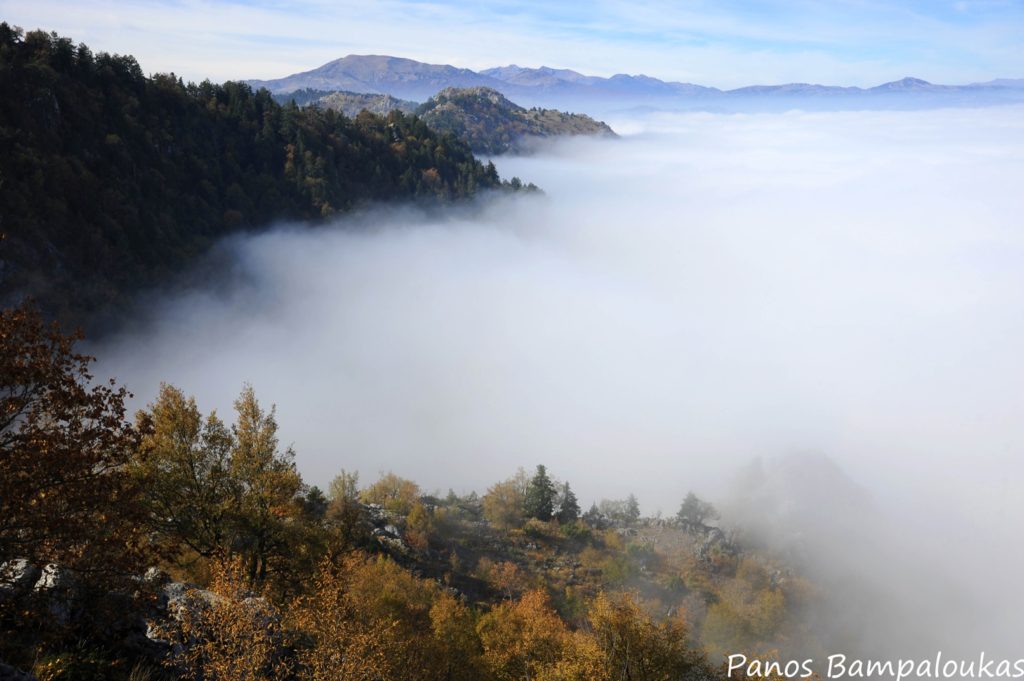 Local history
The settlement of Spilaio according to the researches of archaeologists is one of the oldest habitable villages. From the Iron Age in 1100 BC it was in the same place which occupies today. Nearby have been discovered the walls of the ancient Acropolis with length of 1 km and cemeteries ofl historic and prehistoric times. 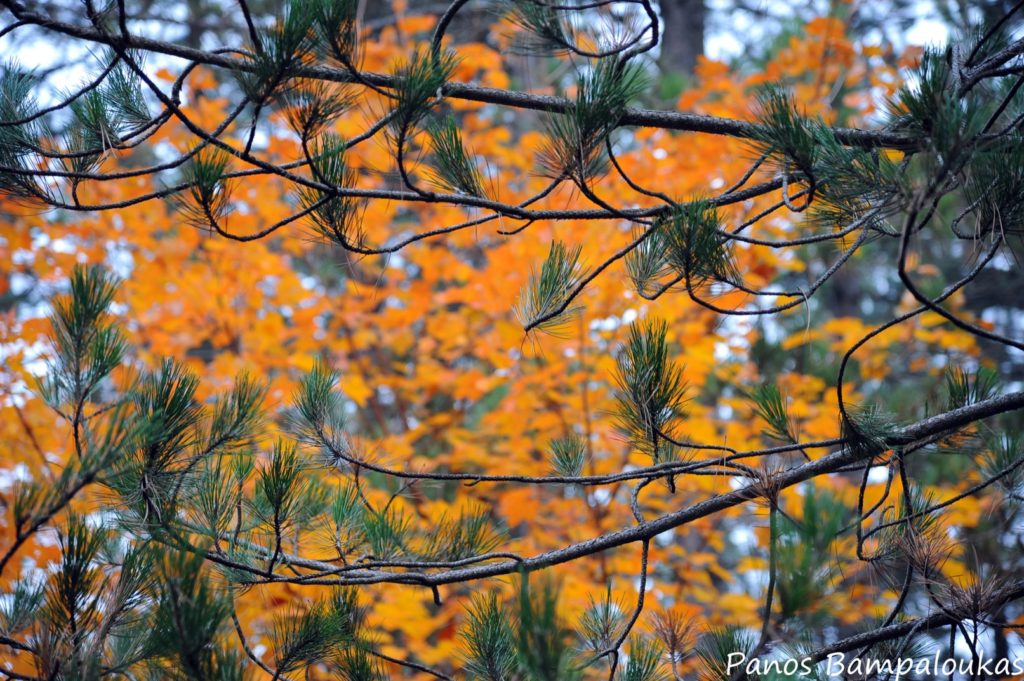 Nearby sights
Visit Gorge Portitsa with the namesake stone bridge. Located within walking distance from the village and there are two ways to visit it. Either to walk the trail that starts near the village primary school or go by car. We recommend you to walk the paved path. The trail overlooks the river Venetiko and lasts about half an hour. The area has many bridges that can be accessed more easily. One of the most famous is the bridge of Aziz Aga. It was built during the Turkish occupation in 1727 and has a length of 71m. making it one of the largest surviving bridges of Macedonia. One of the prettiest villages is Samarina with stone houses is situated at the foot of Smolikas.
Ski resorts
None. Nearby is the ski resort of Vasilitsa. 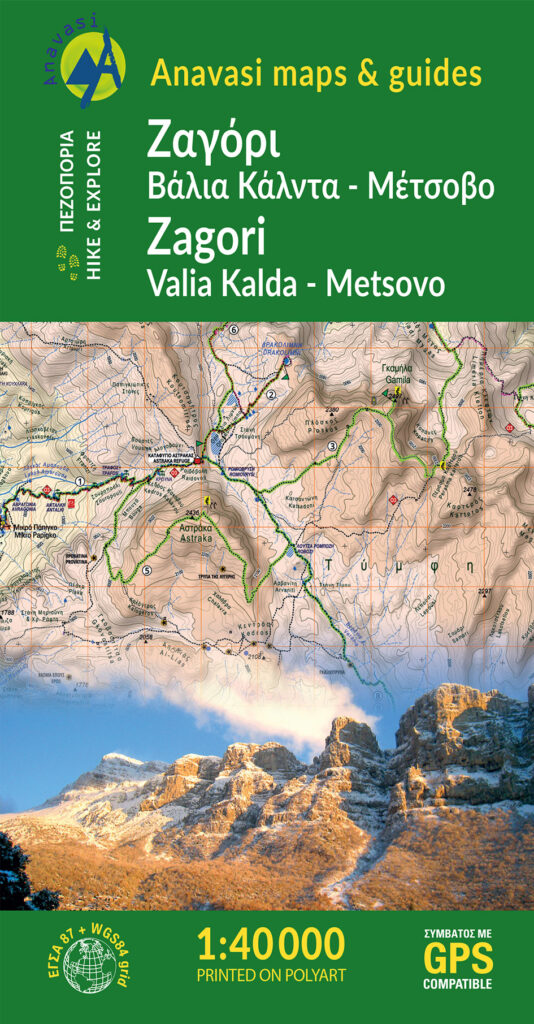 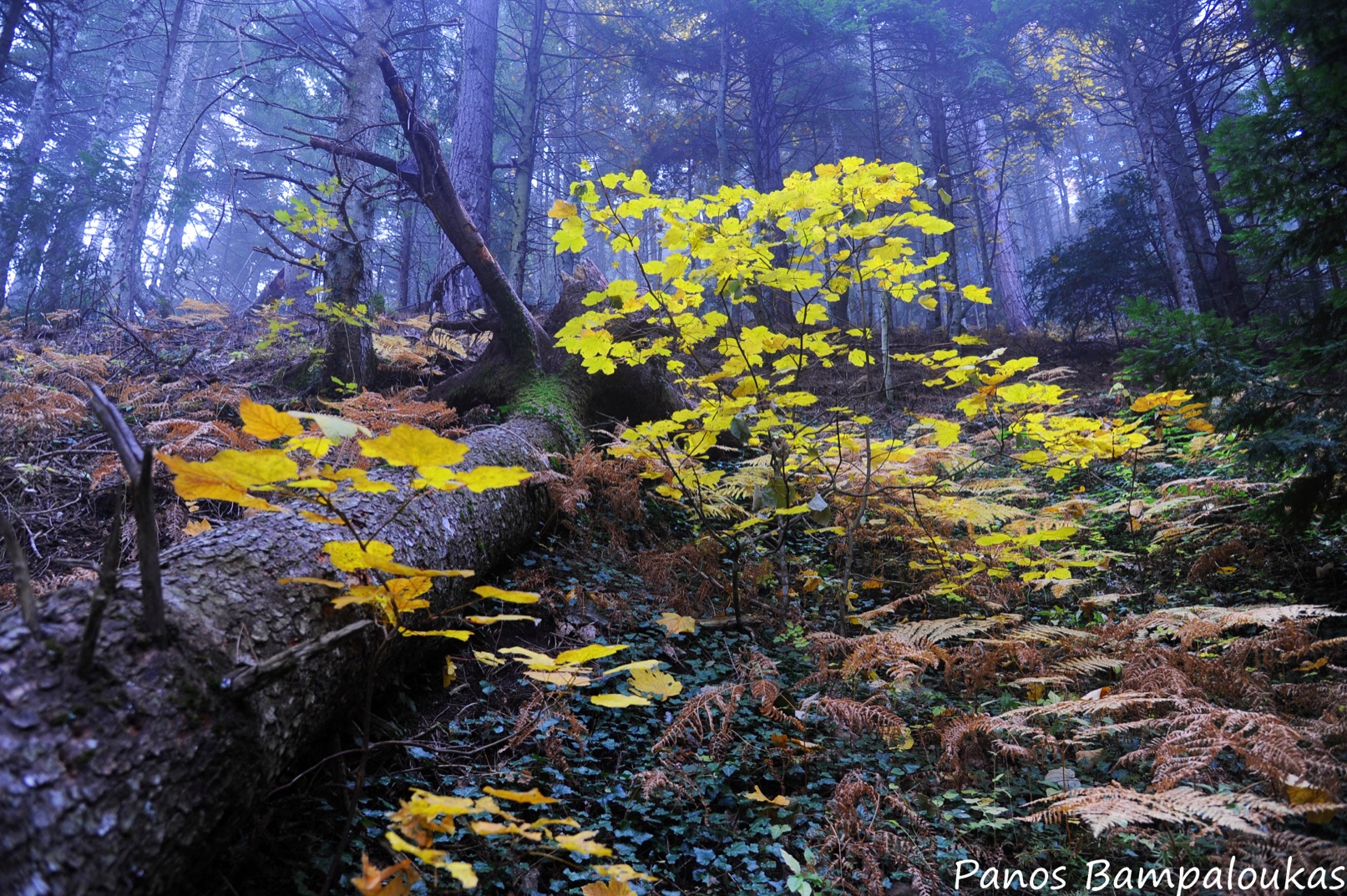 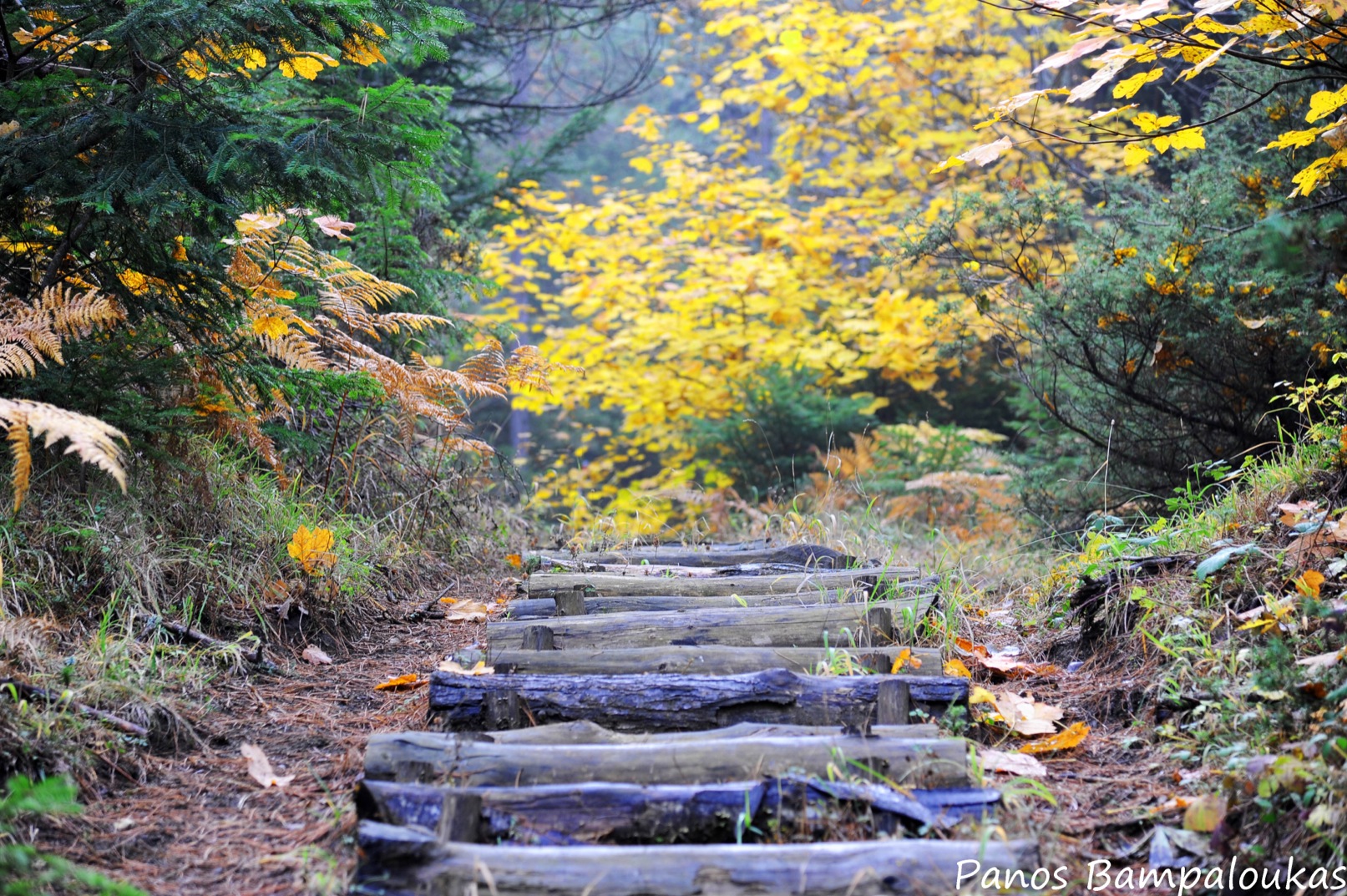 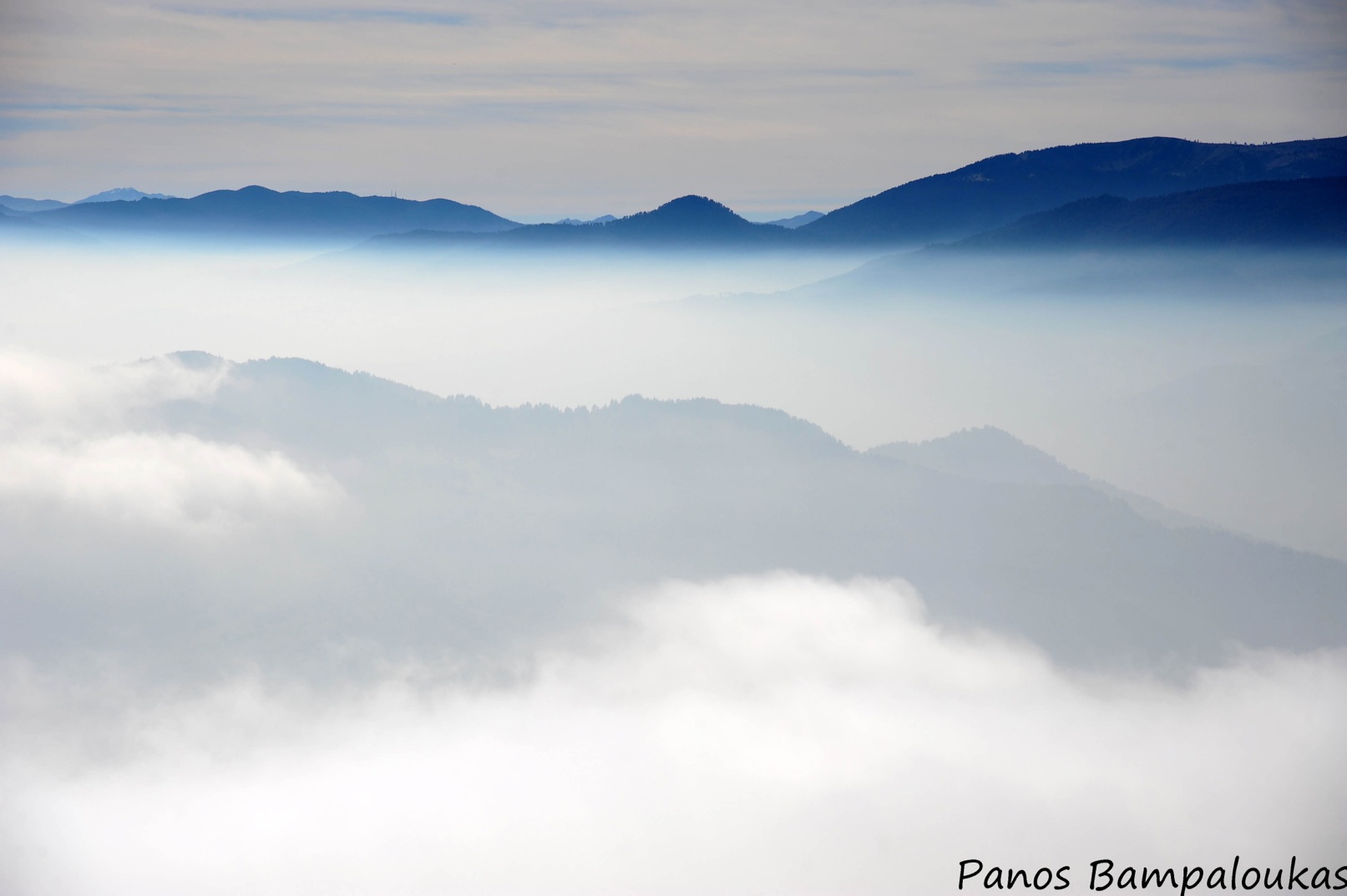 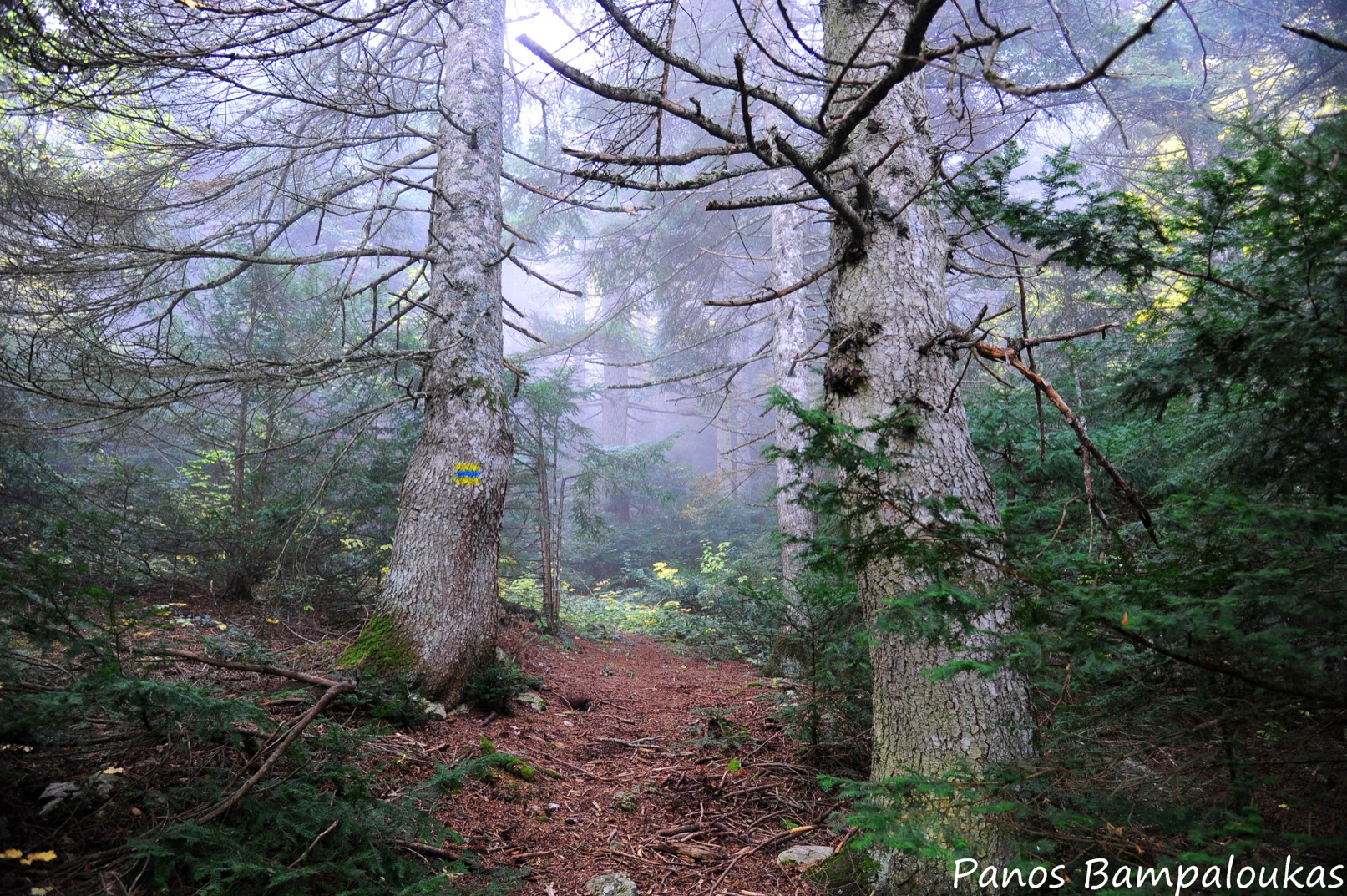 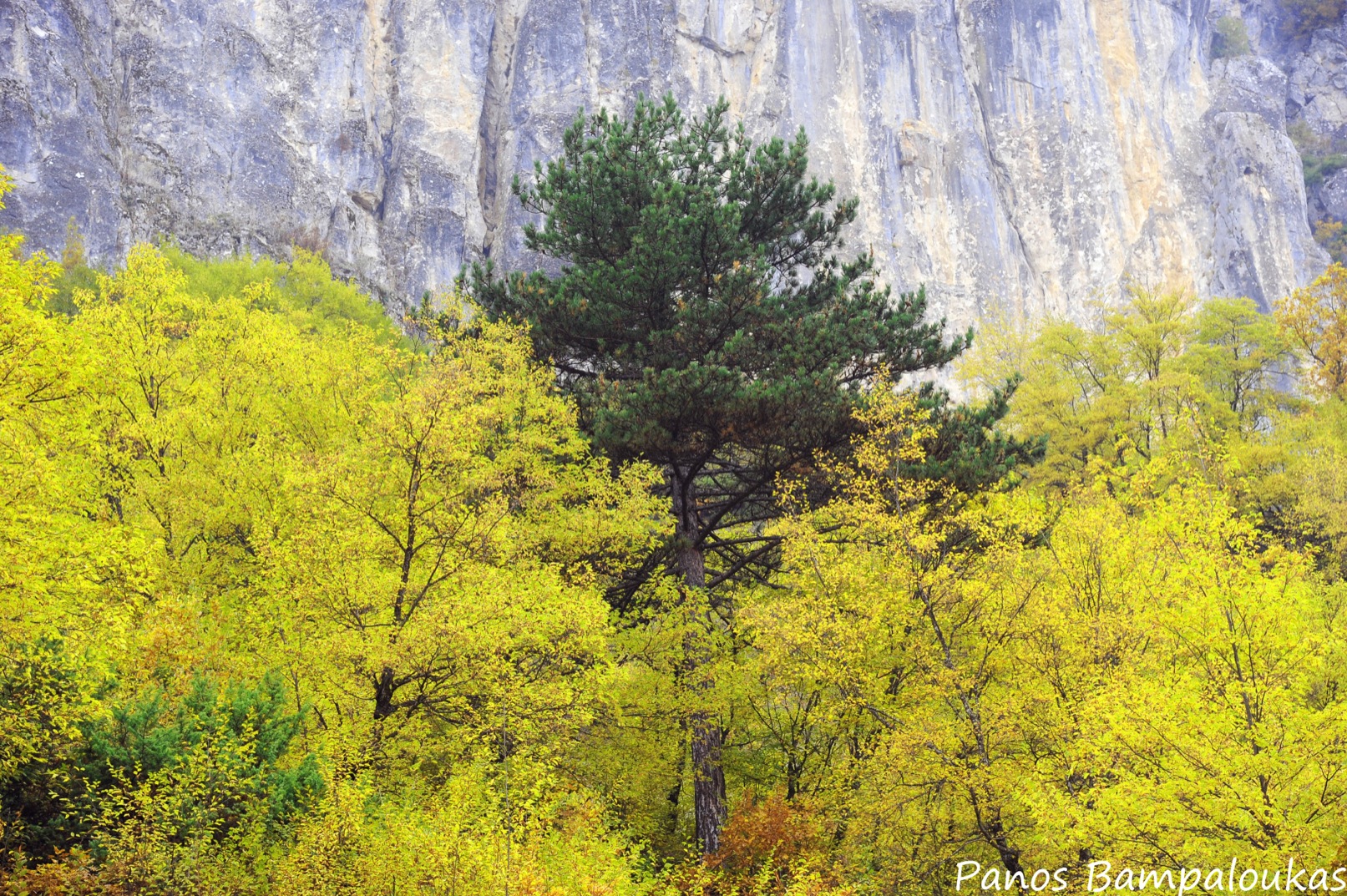 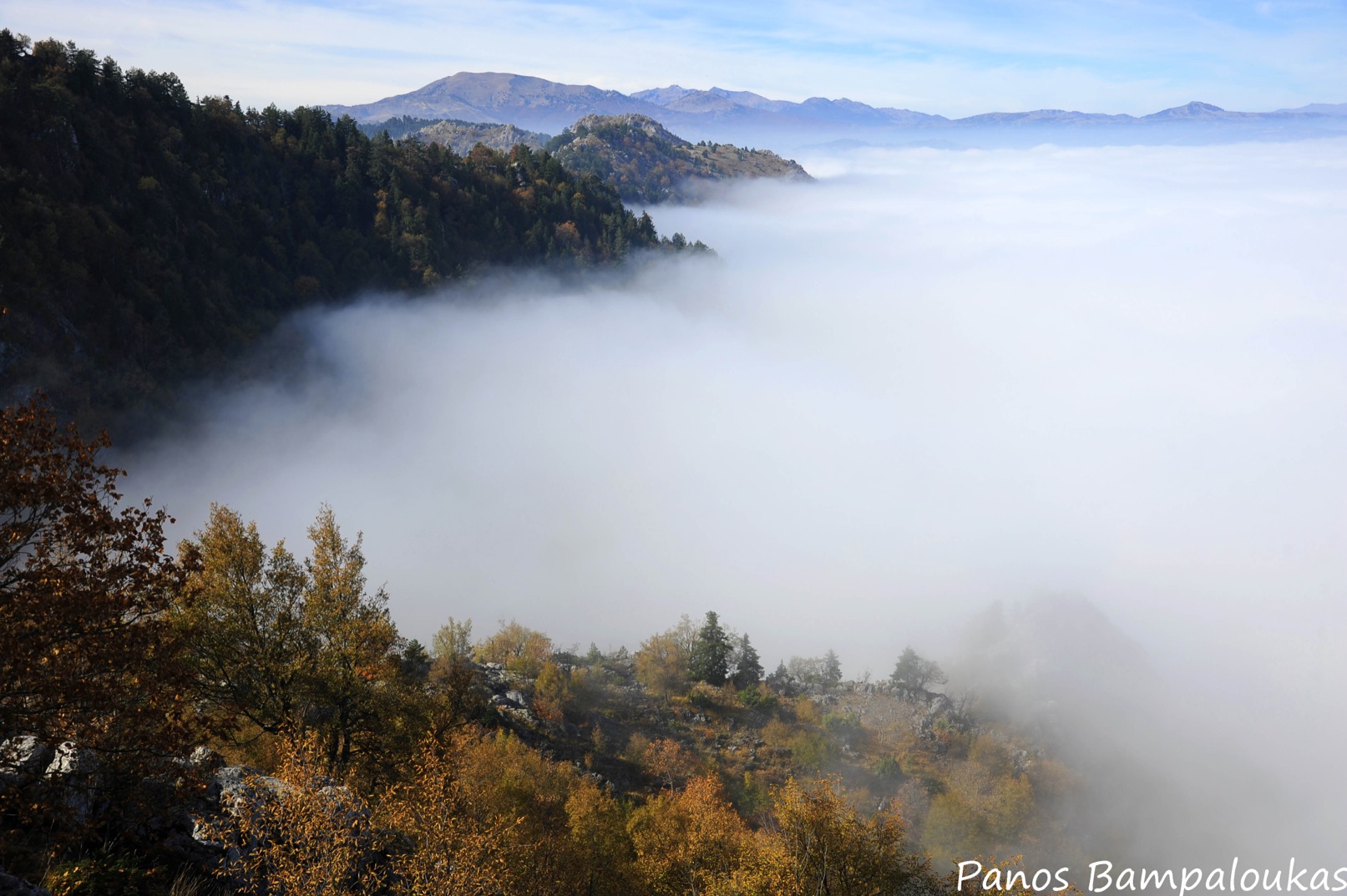 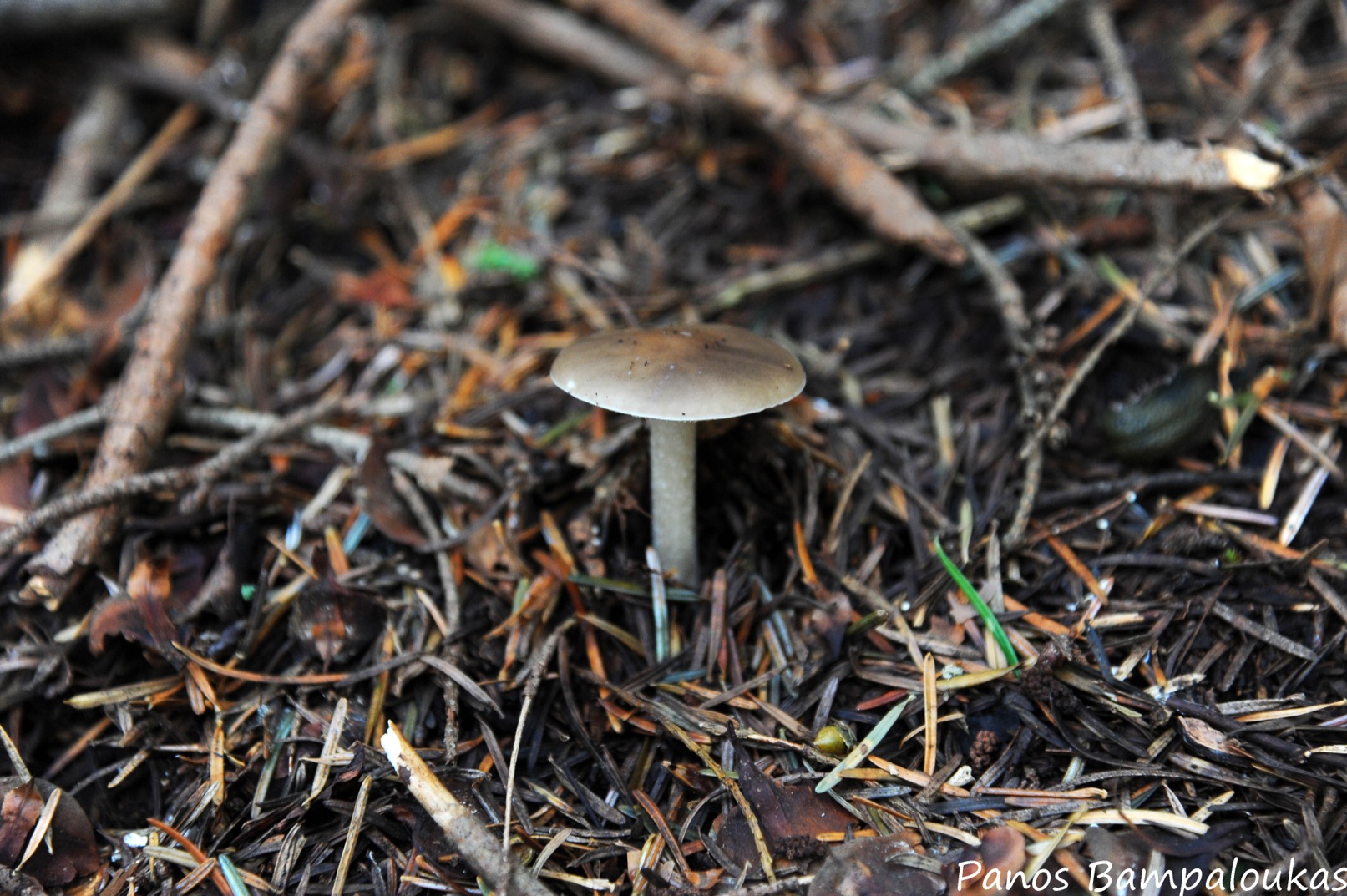 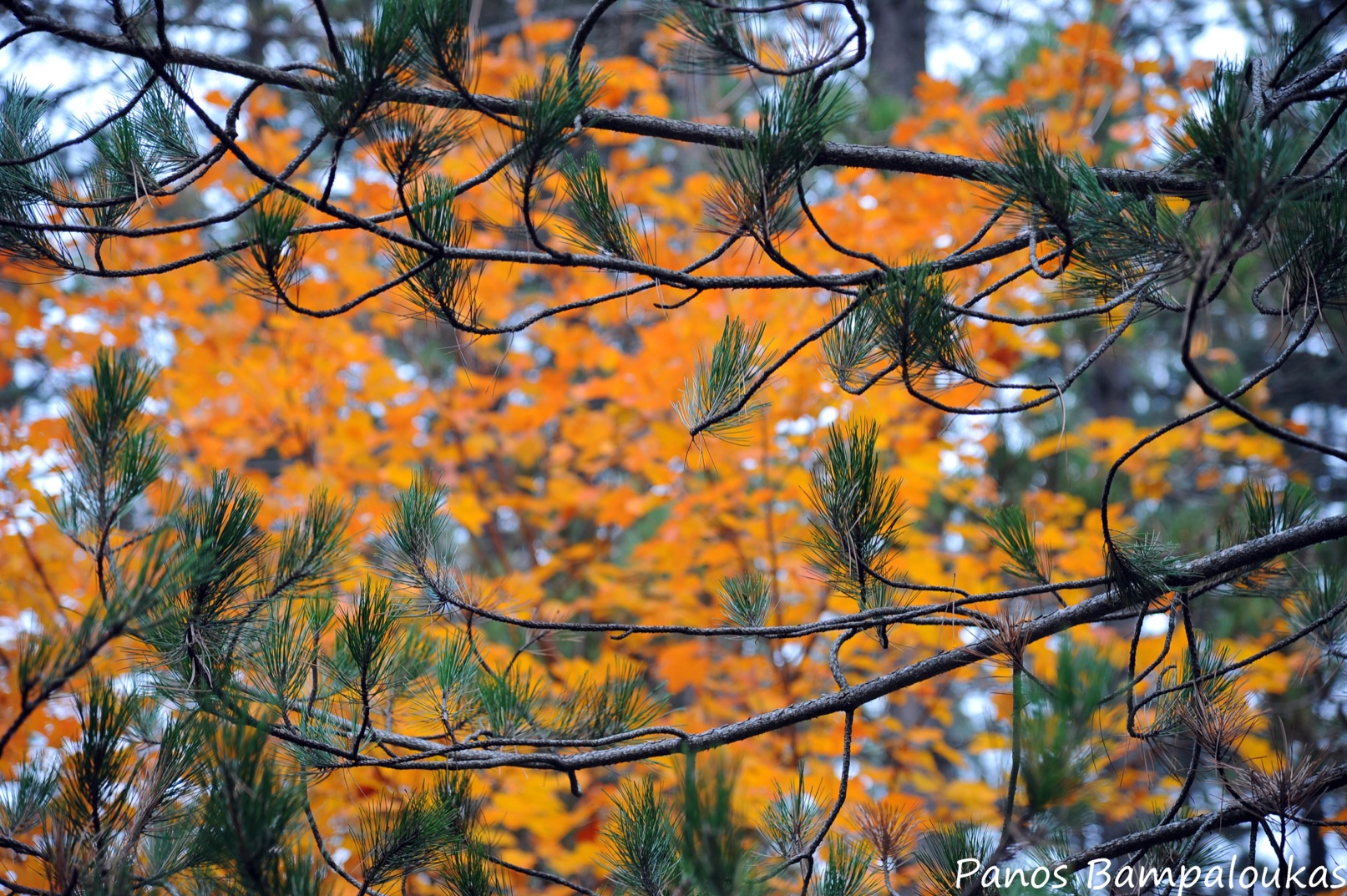 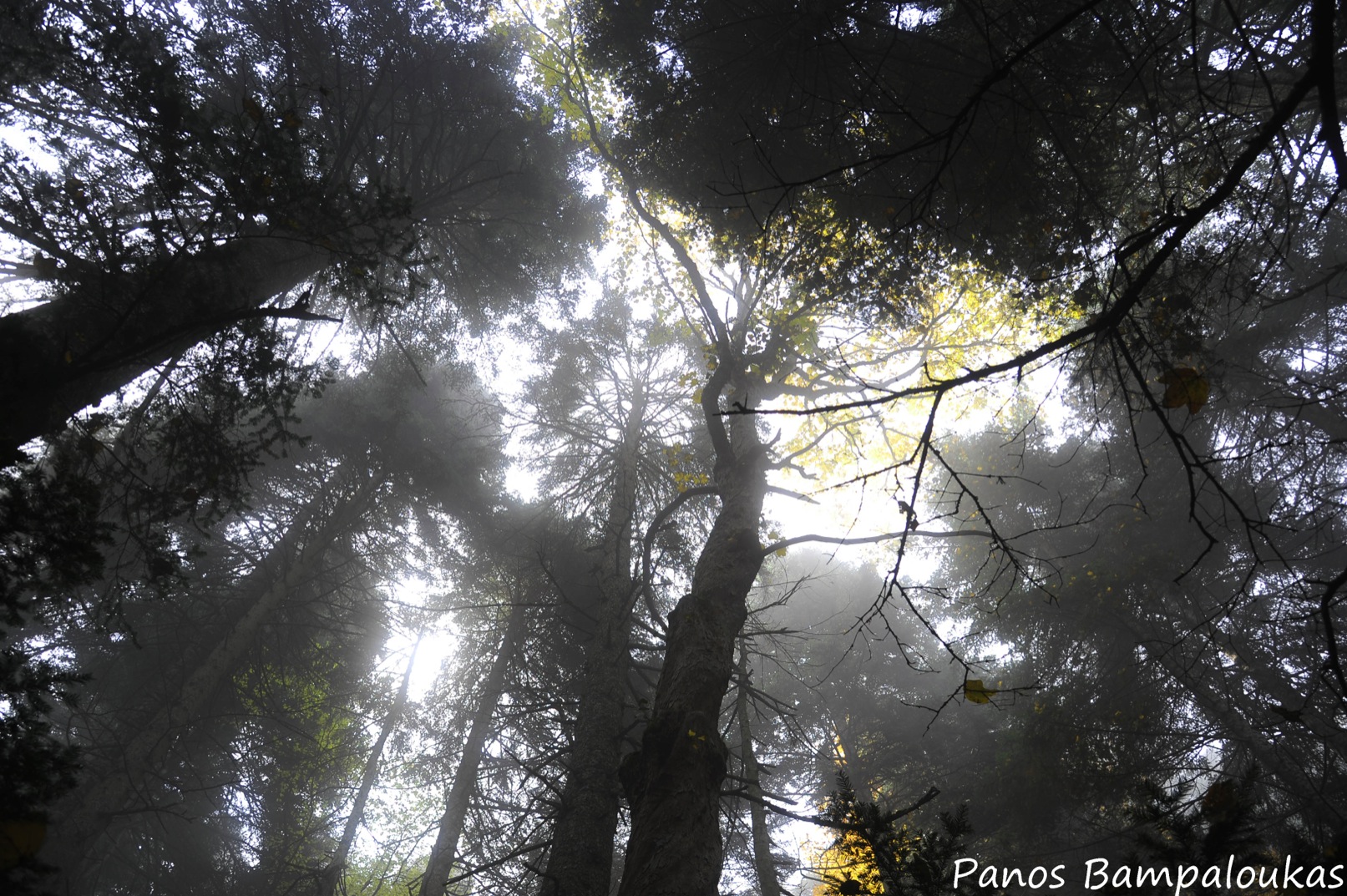 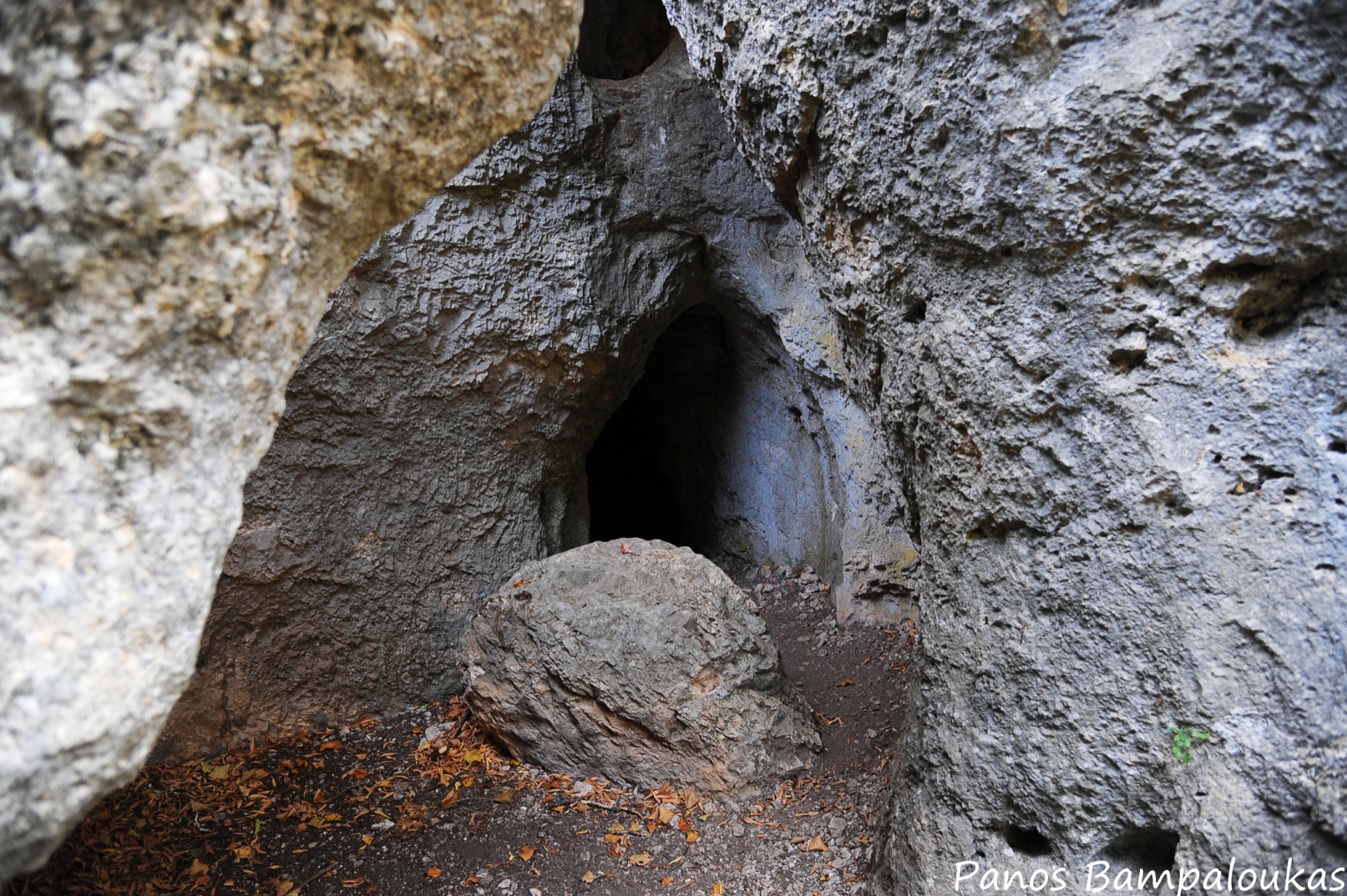 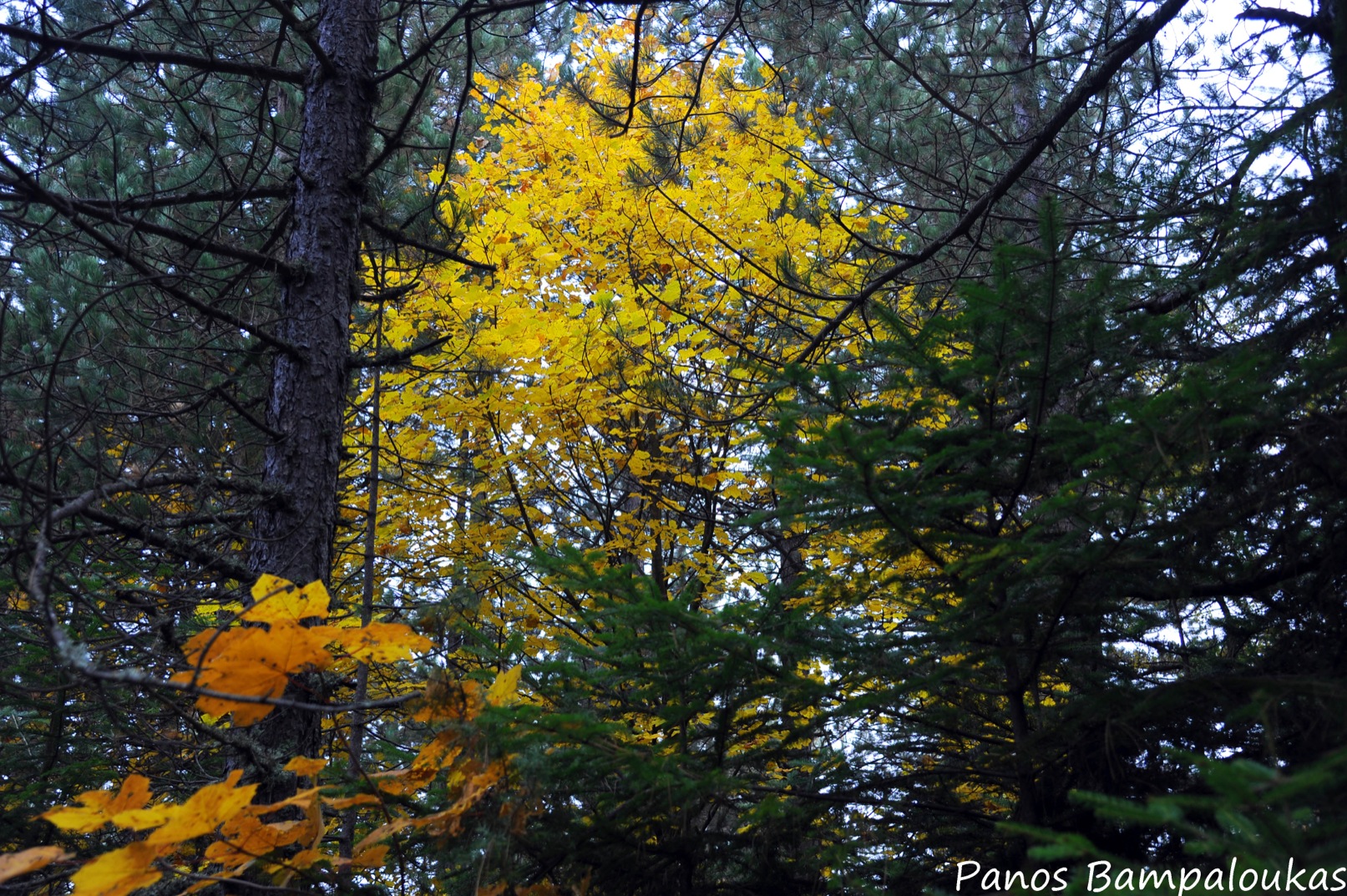