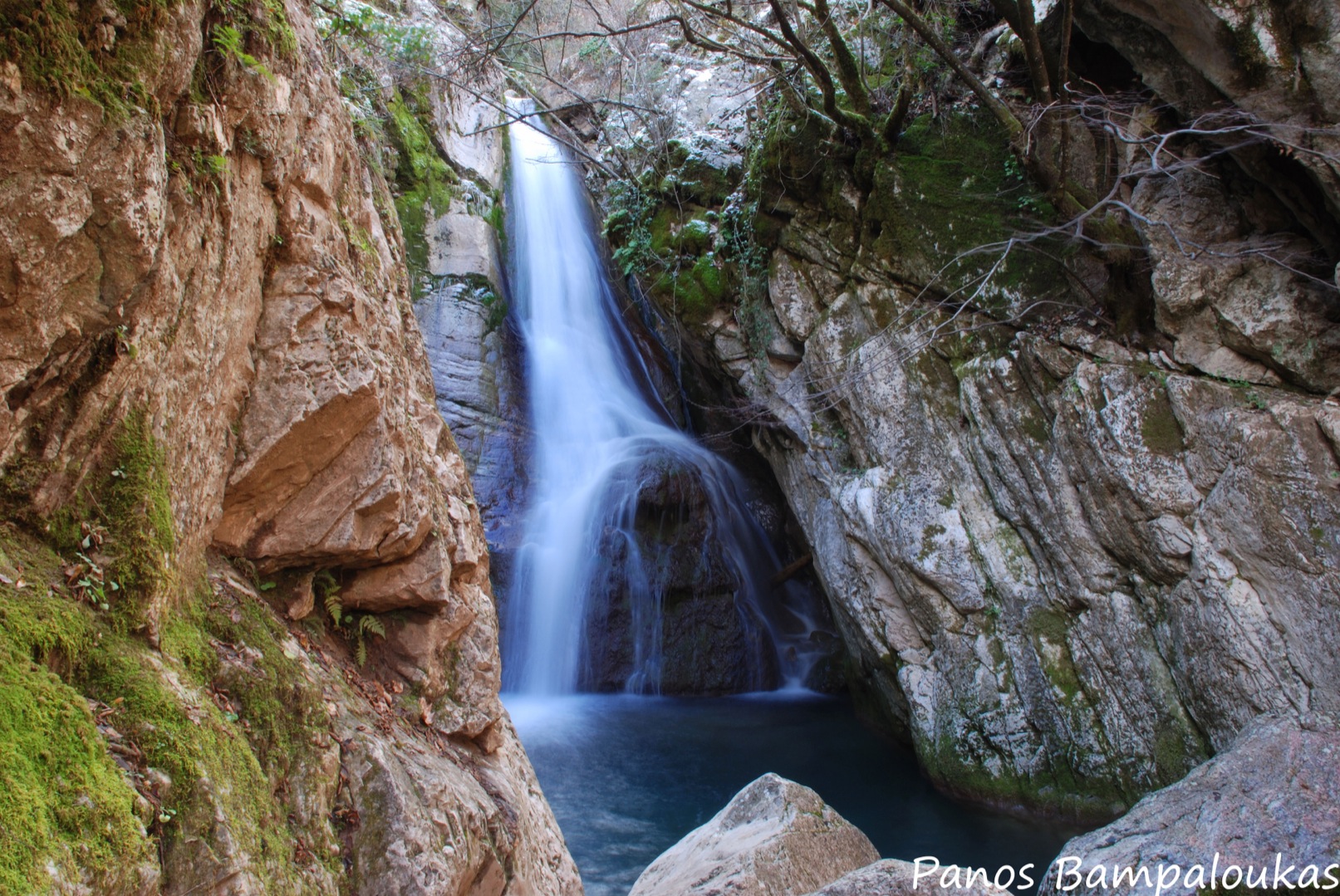 The Southernmost section of Pindus mountain range, Mount Panetoliko (or Panaitoliko) boasts the highest peak in the Aitolia-Akarnania perfecture and gives its name to a whole muncipality.  Its landscapes resemble the mountains of Northern Greece, while its extensive network of footpaths make it a good choice for hikers. Several streams flow into the region’s rivers, incuding Acheloos and Evinos, where a new dam was recently built. Cedar forests covering the mountain’s the lower parts are gradually replaced by firs up to an elevation of 1,700 m and finally give way to alpine vegetation. 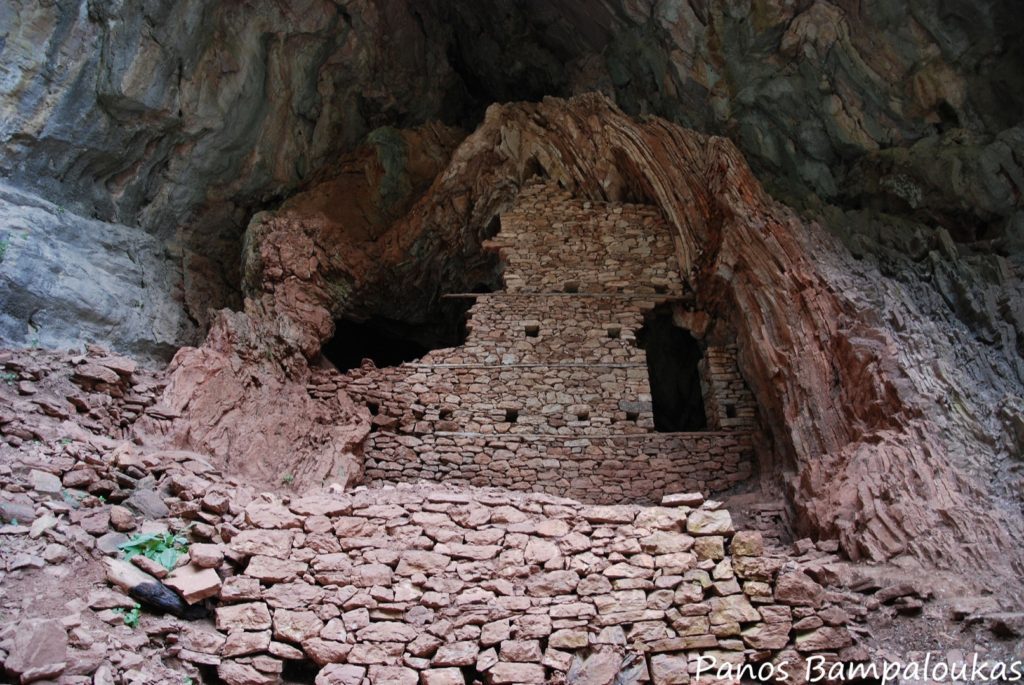 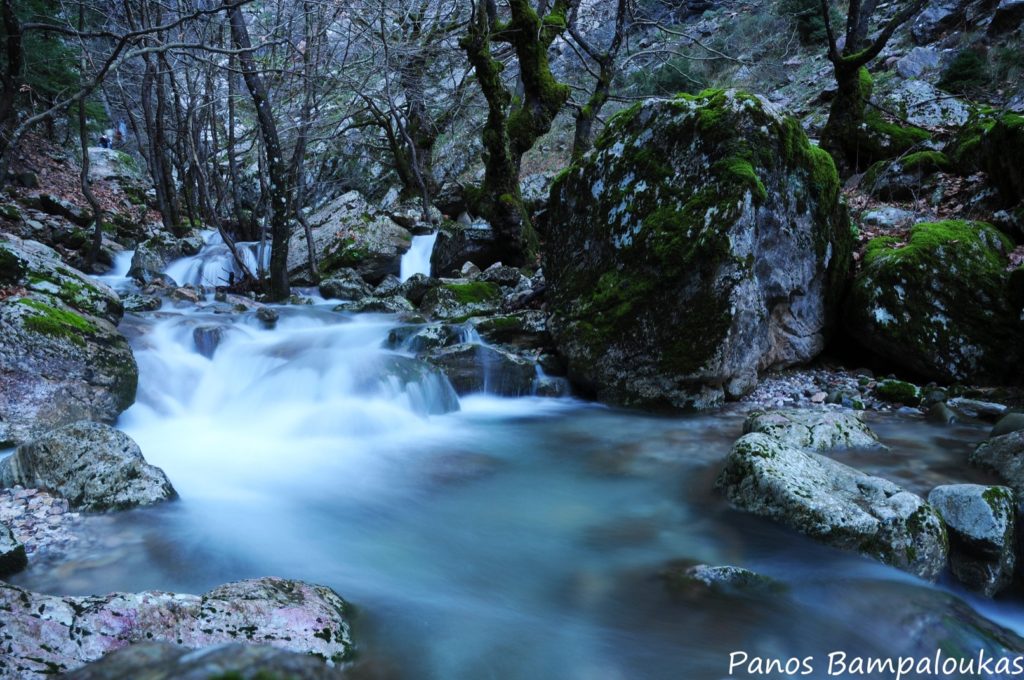 Recommended routes
Mavri Spilia Gorge: Pass through Prousos village and drive towards Kastania. You will find the track at a left turn, next to an old army bridge. Walk along the river, where water flows all year long, making a small detour just after the wooden bridge to cherish the view of a small but spectacular waterfall. During the summer months you may attempt a dip in the cold but crystal-clear pond.

You will come across more cascades as you continue your ascend until Mavri spilia (black cave), giving its name to the gorge. The hike up to this point should not take you more than half an hour, and is suitable for hikers of all ages and levels of experience. However, to continue further, on wet and slippery rocks, climbing equipment and some experience with rock climbing are essential.

Local history
The town of Thesties, named after mythical king Thestios and boasting the longest defending wall in Aitolia, was built on the western slopes of Panetoliko. Helen of Troy and Klytemnistra, the wife of Agamemnon, were both believed to be the grandchildren of Thestios, and so was Dianeira, the wife of mythical hero Heracles. The cave of Mavri Spilia was used as a refuge by residents of the nearby villages during the Ottoman reign.

Nearby sights
The byzantine monastery of Prousos is very popular among visitors, while the acropolis of mycenaean Thesties receive less attention. Nature lovers approaching the mountain from the south may also visit Trichonida lake, the largest in the country and home to over 140 bird species. 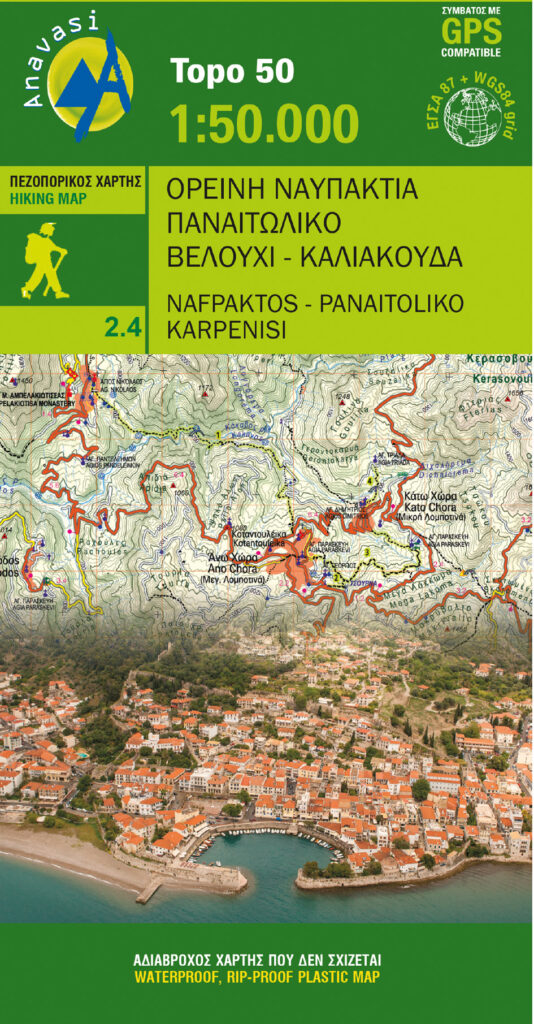 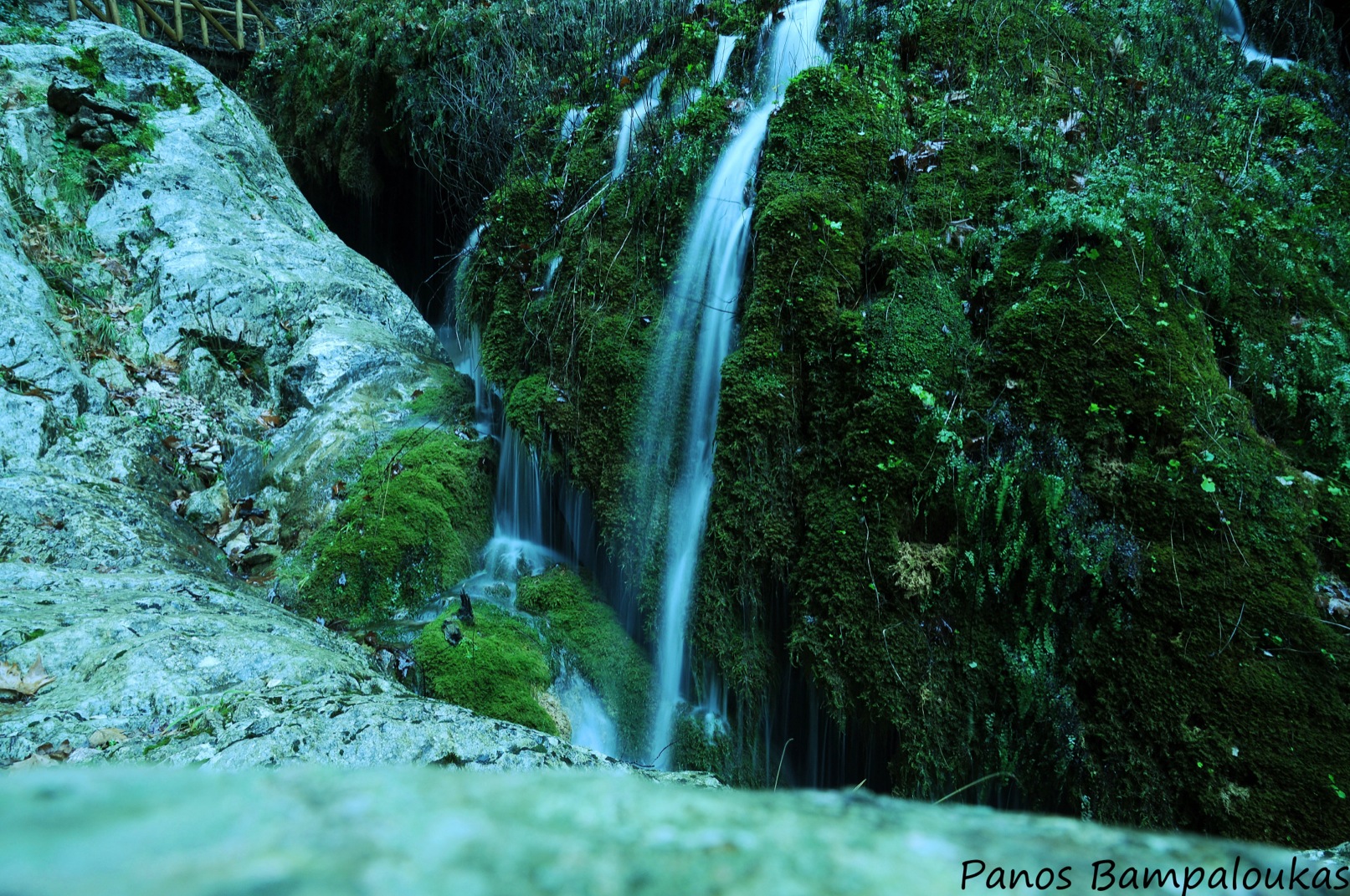 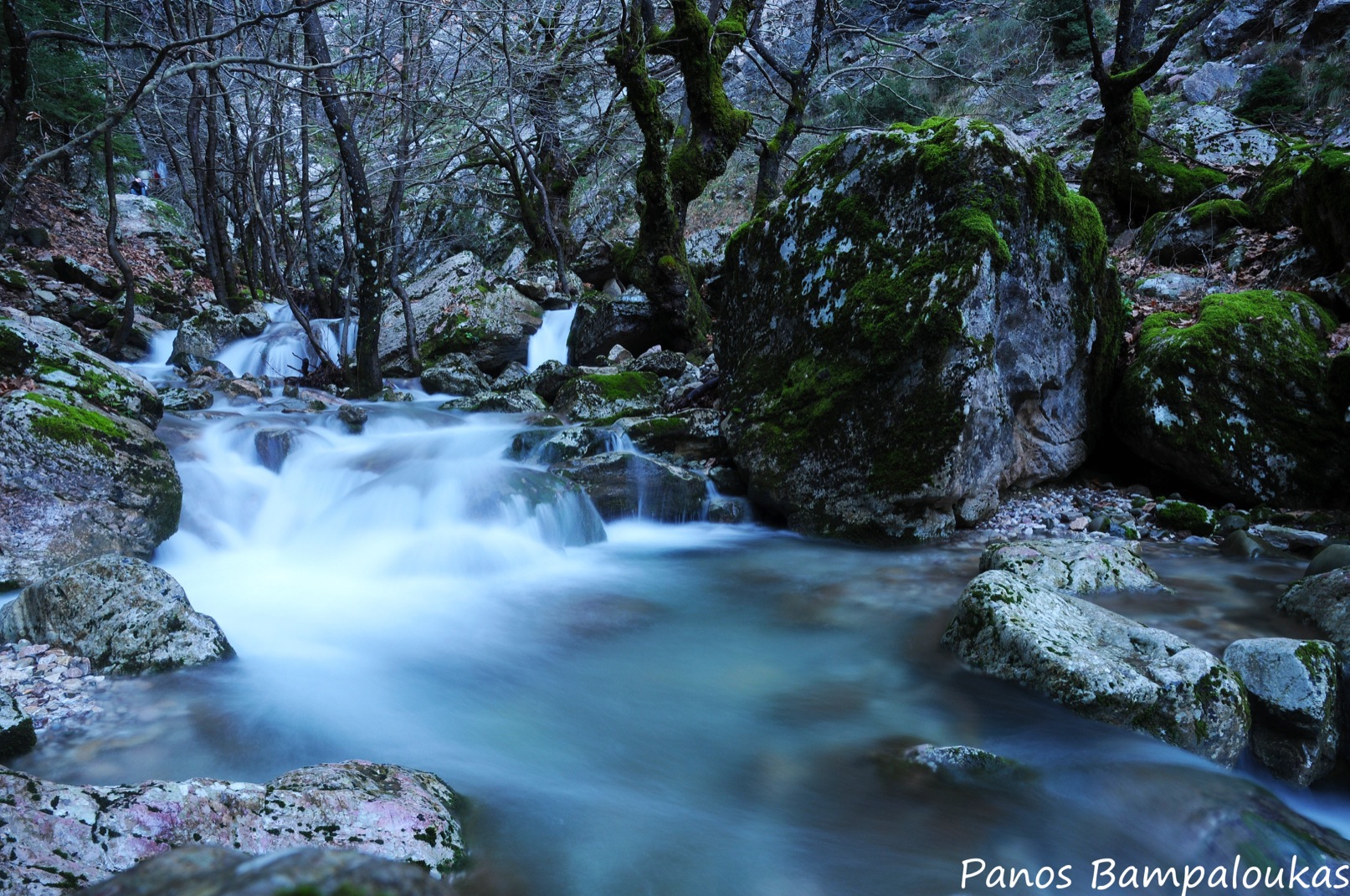 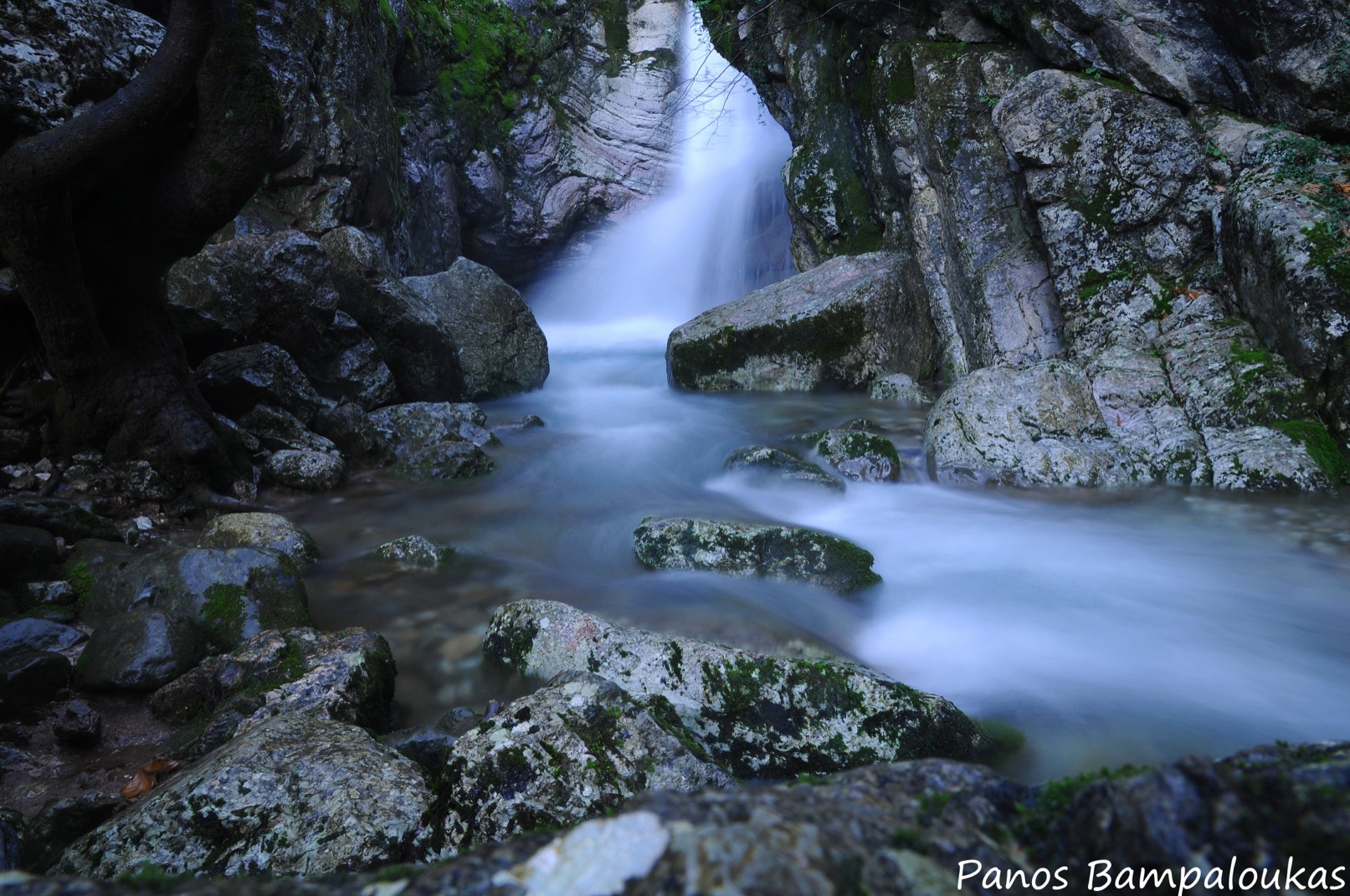 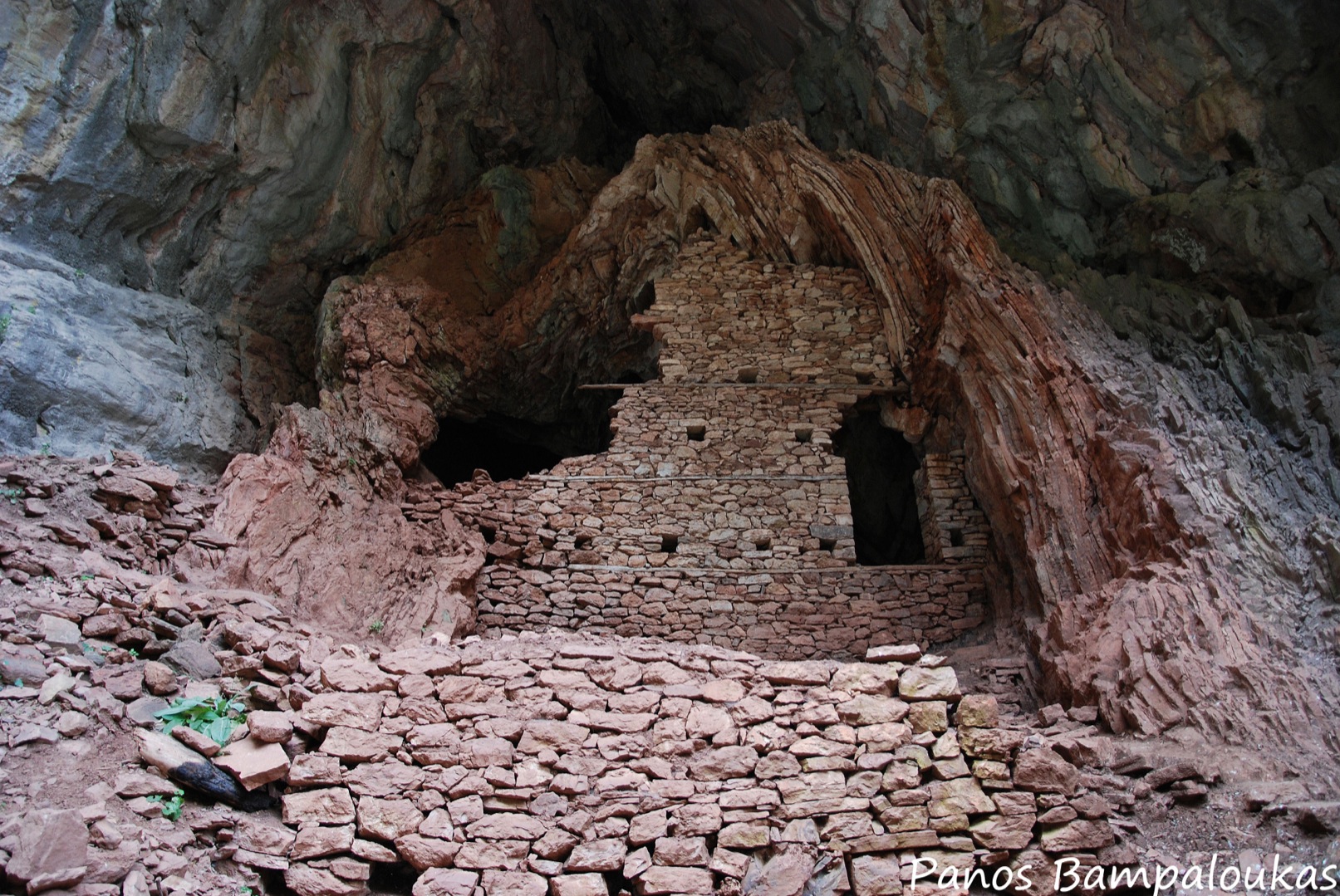 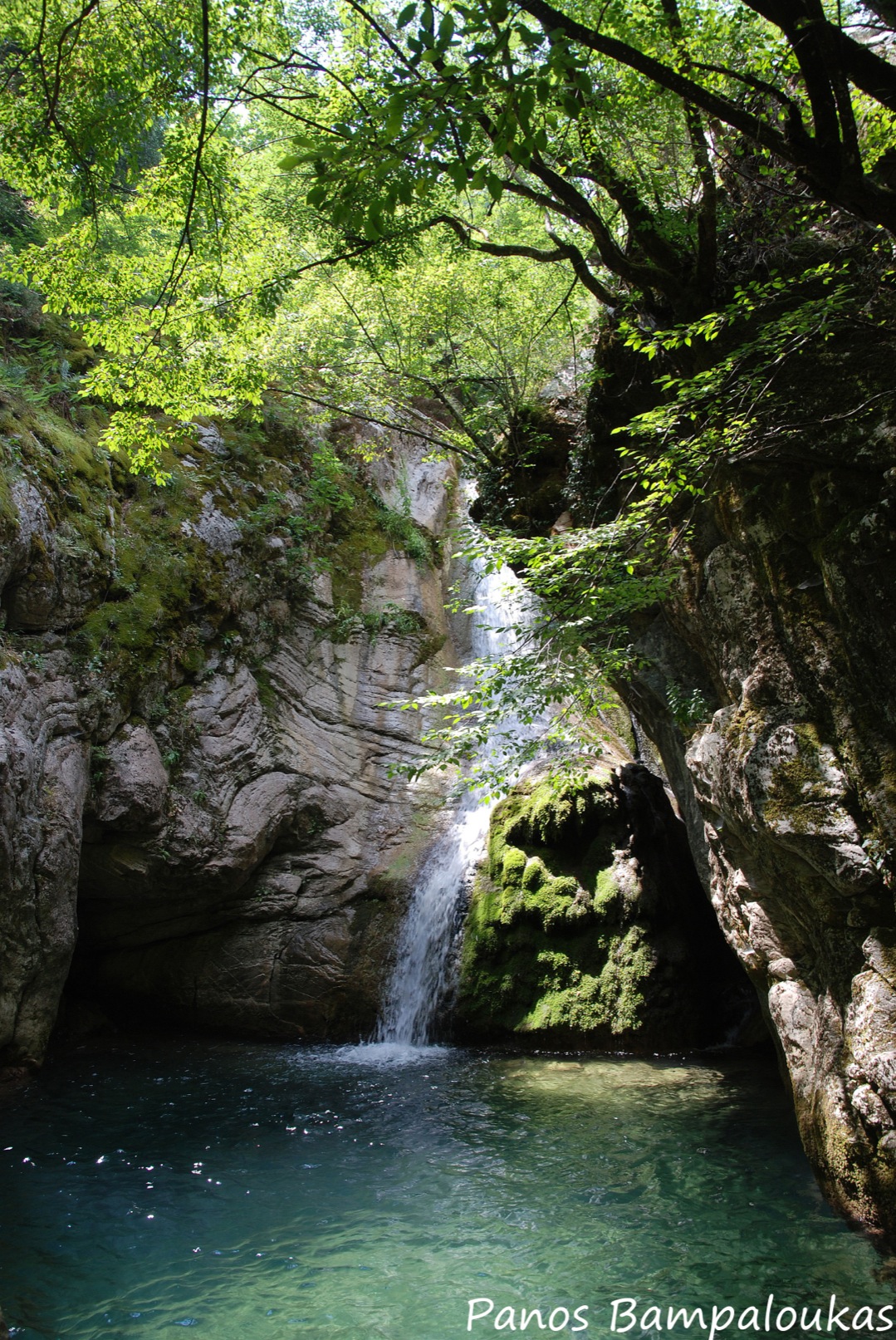 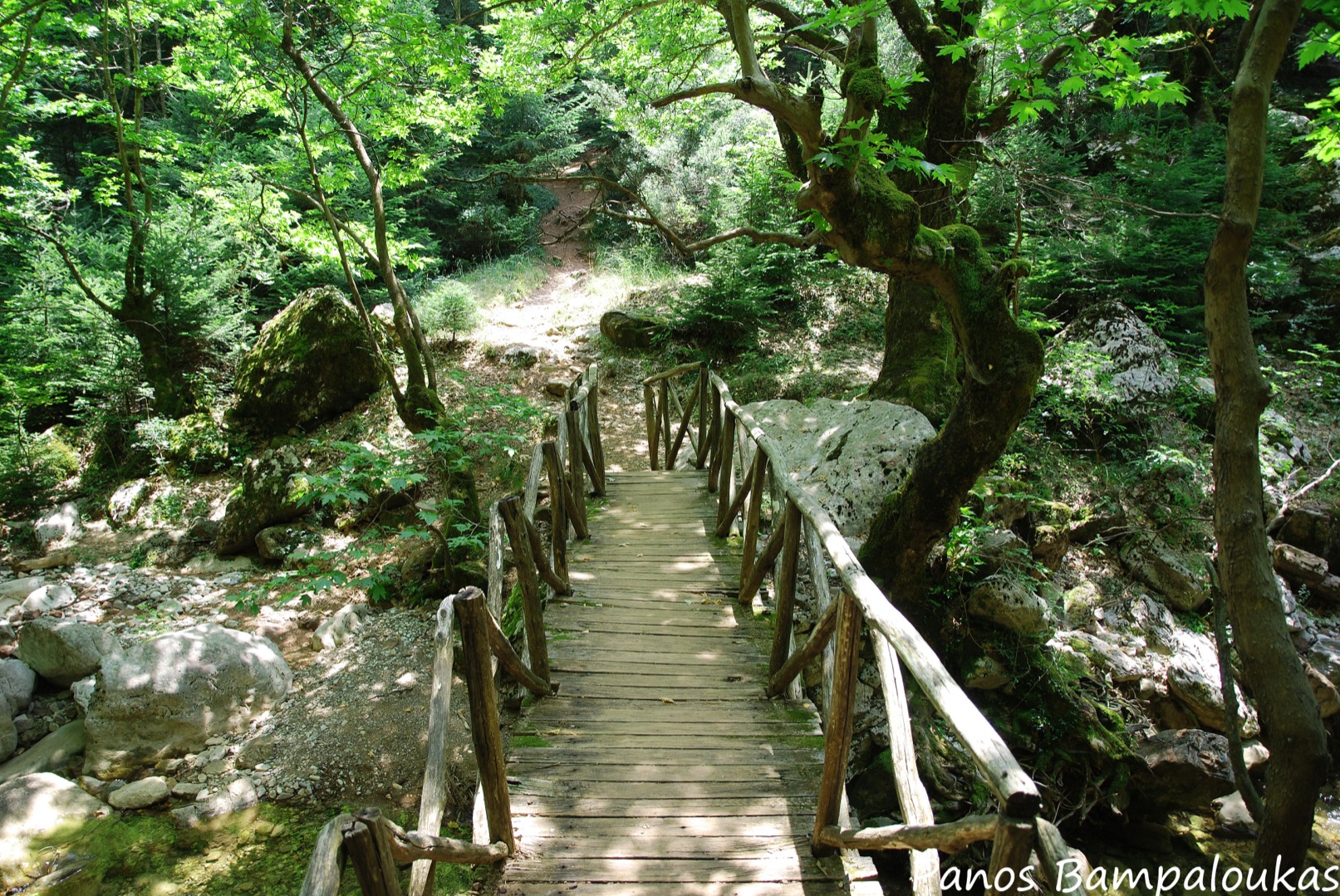 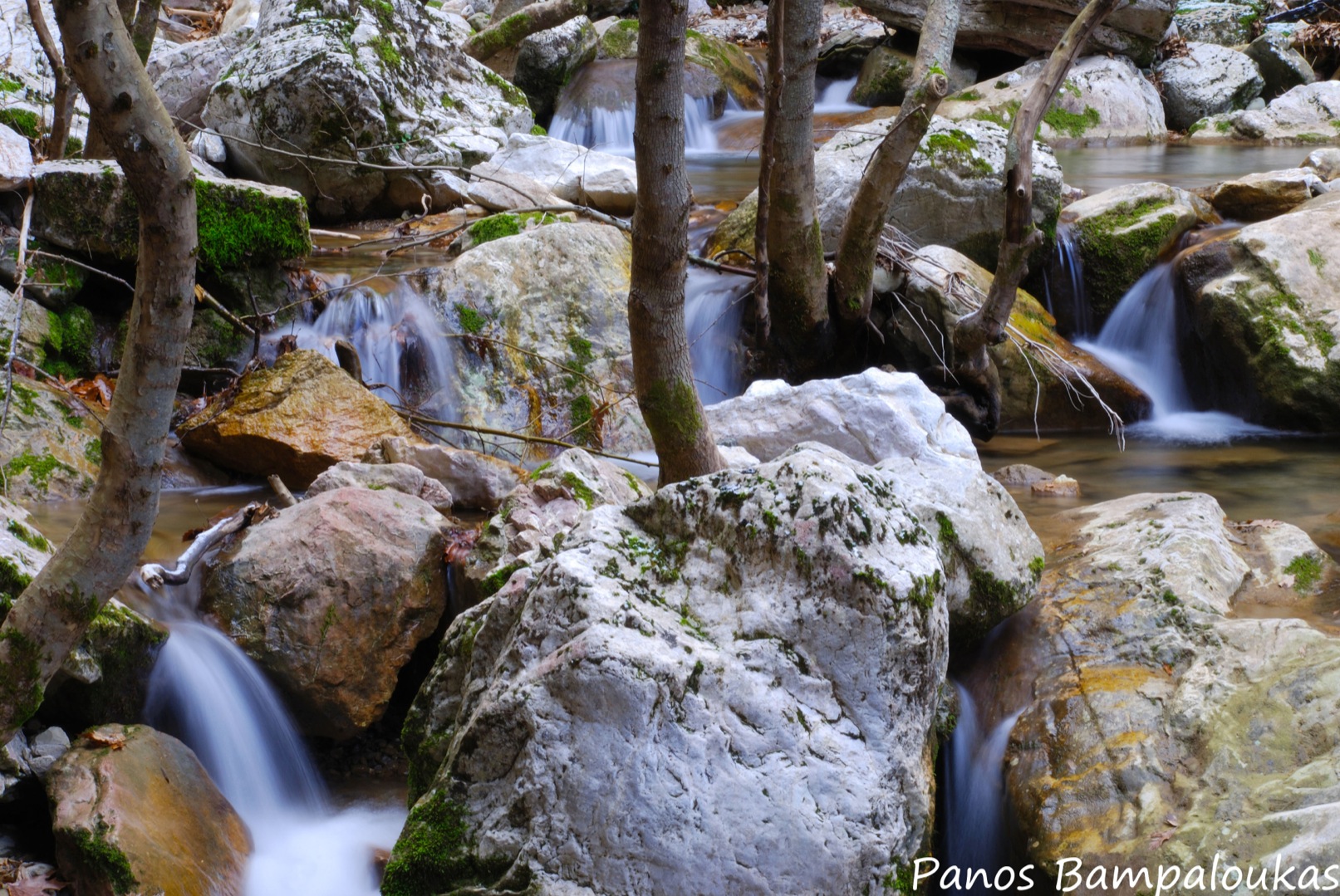 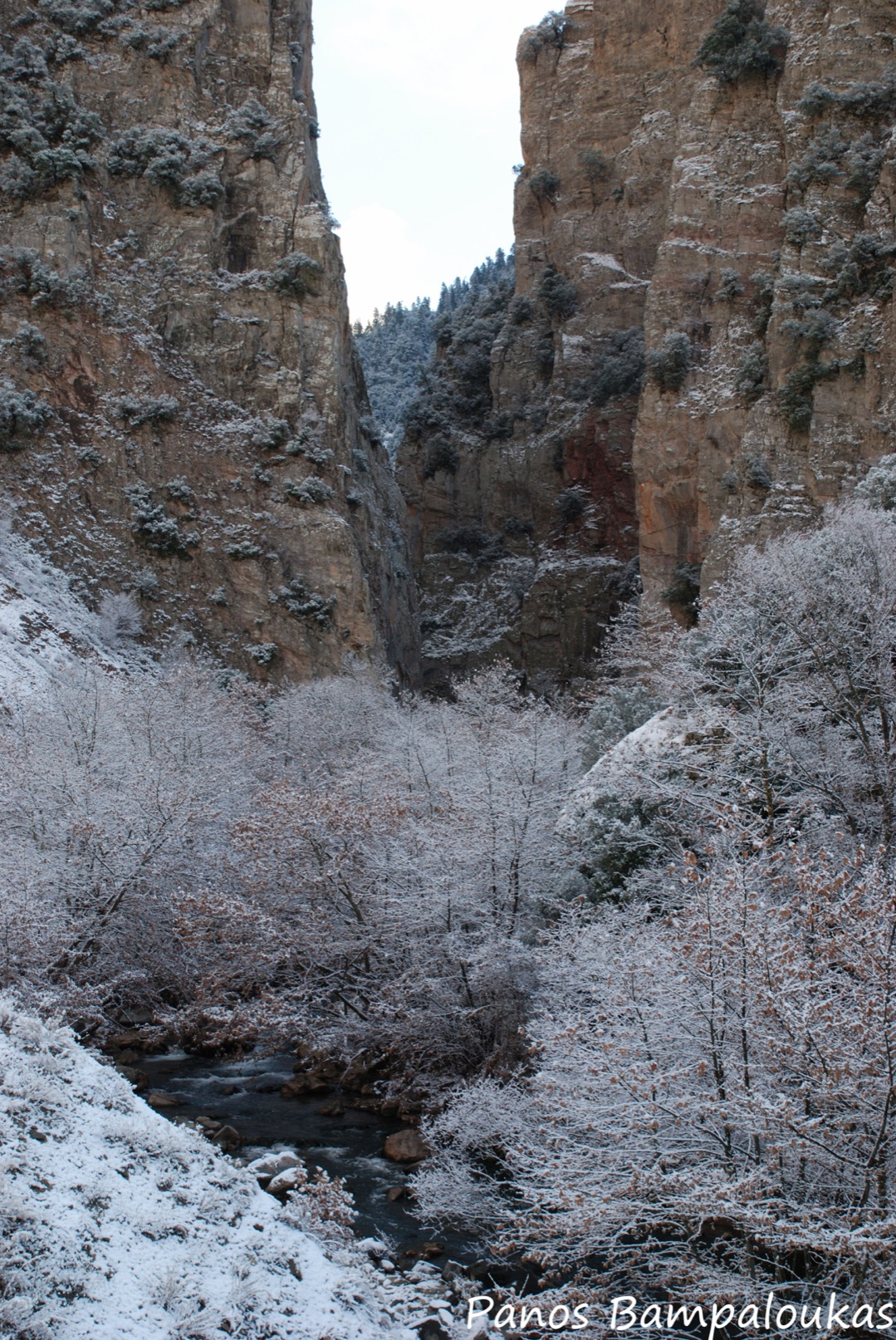