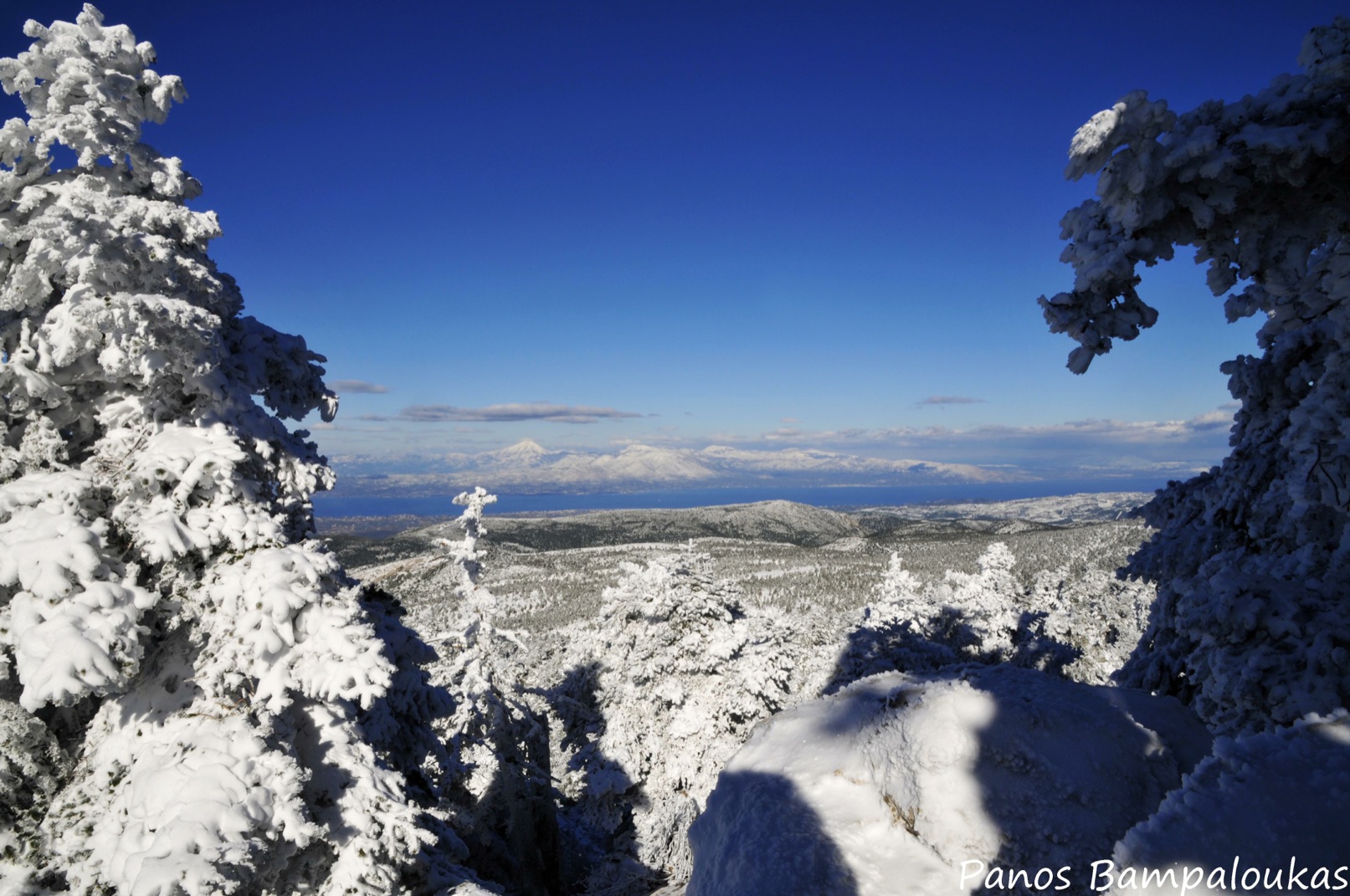 The highest and most extensive mountain range in Attica, Parnitha is located at the northwestern outskirts of Athens, with its western side overlooking Viotia perfecture. It is connected to Mount Kithairon to the west via the Skourta Plateau, while its eastern heights (Mavrovouni) reach as far as the coast of the South Euboic Sea. Part of the mountain range, including the highest peak,  is a military area  and therefore inaccessible to civilians. 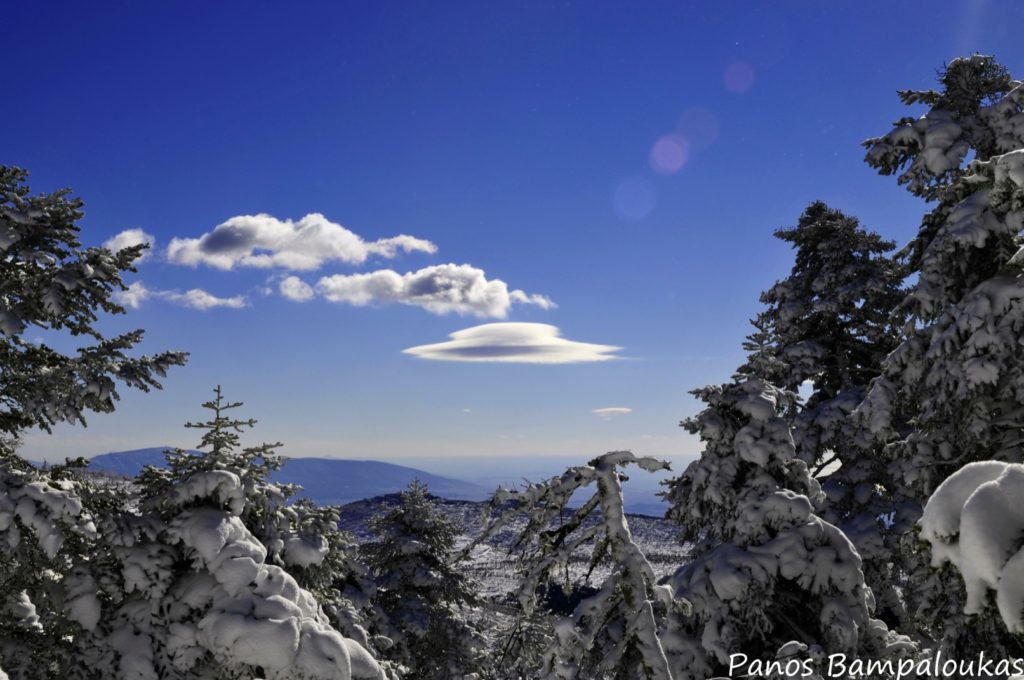 Its thick forests consist mainly of fir and pine, but also cedars, planes, Judas trees, maples, strawberry trees and other species. In the past, the area was a haven for wild fauna, including bears, wolves, boars, wildcats and the rare lynx, now extinct in Greece. Today, only smaller mammals, birds, wild goats and the last few herds of native red deer- threatened by illegal hunting and the destruction of their natural environment- may be observed. About 1,000 species of plants have been observed on the mountain, including crocus and tulips. Parnitha is part of the ecological network Natura 2000 and has been designated a national park and a place of exceptional natural beauty. 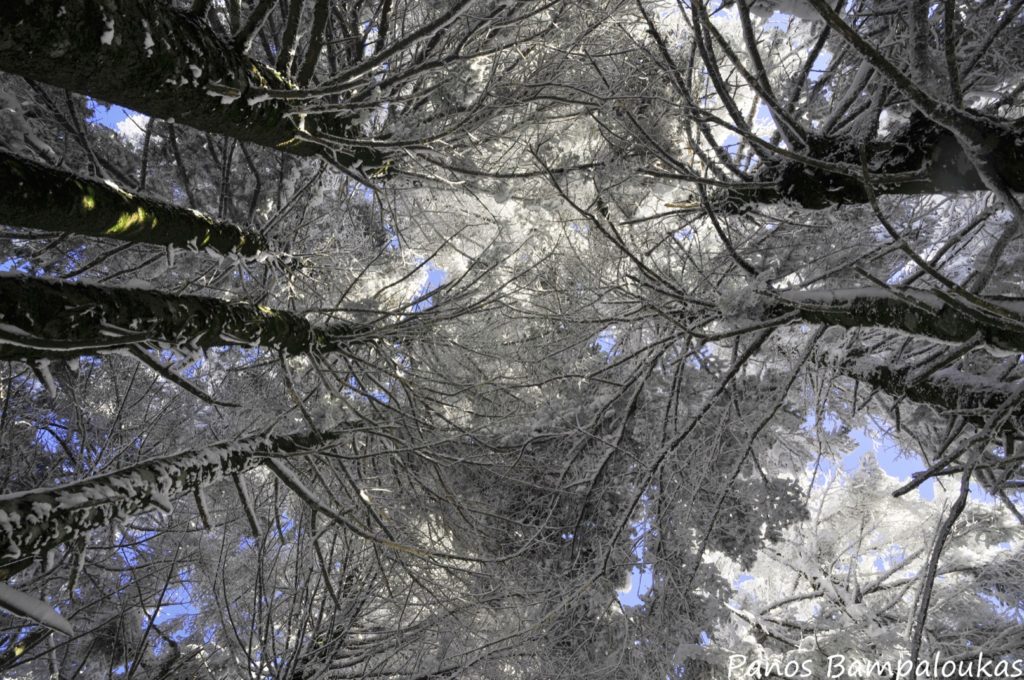 Unfortunately, such measurements have done little to protect the mountain. In 2007, the second worst recorded fire in recent athenian history- after that of Mount Penteli- destroyed 56 km² of land, including large areas of pine and fir forests. Investigations are still underway as to the fire’s cause. Meanwhile, new houses continue to sprout on the slopes overlooking the city; they seem to be climbing gradually higher, and it is hard to tell when this will stop. 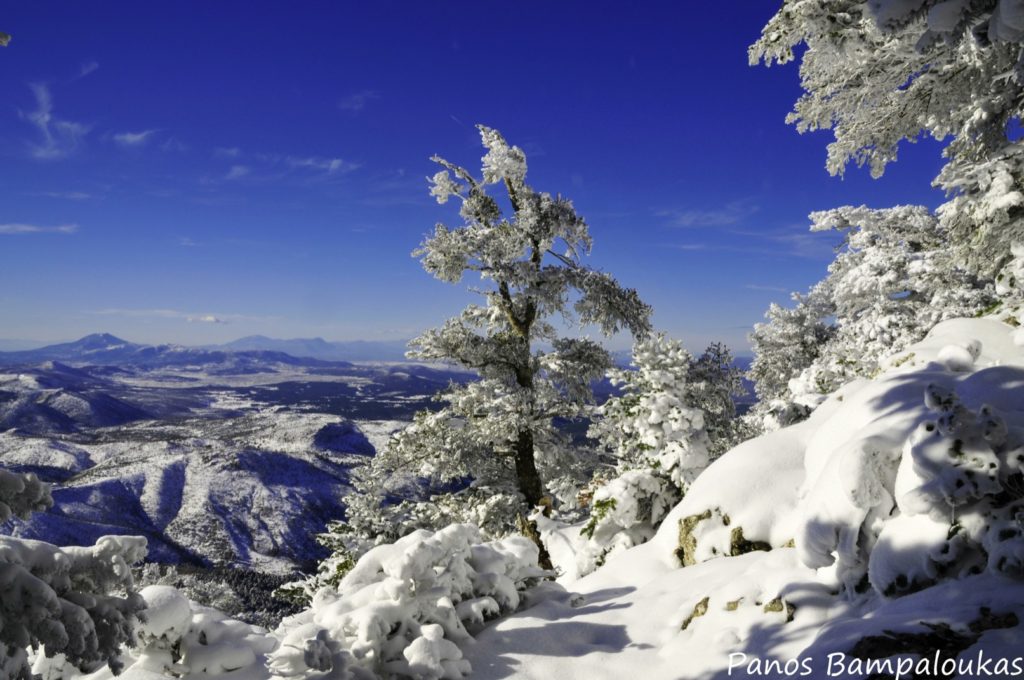 Another nuisance is the casino, located in the heart of the mountain – a constant source of noise and light pollution, as well as a magnet for drivers. Still, thanks mostly to its size, parts of the mountain remain almost intact, offering visitors the chance to escape stressful city life by exploring the network of well-trodden footpaths. Parnitha’s limestone formations are ideal for rock climbing. 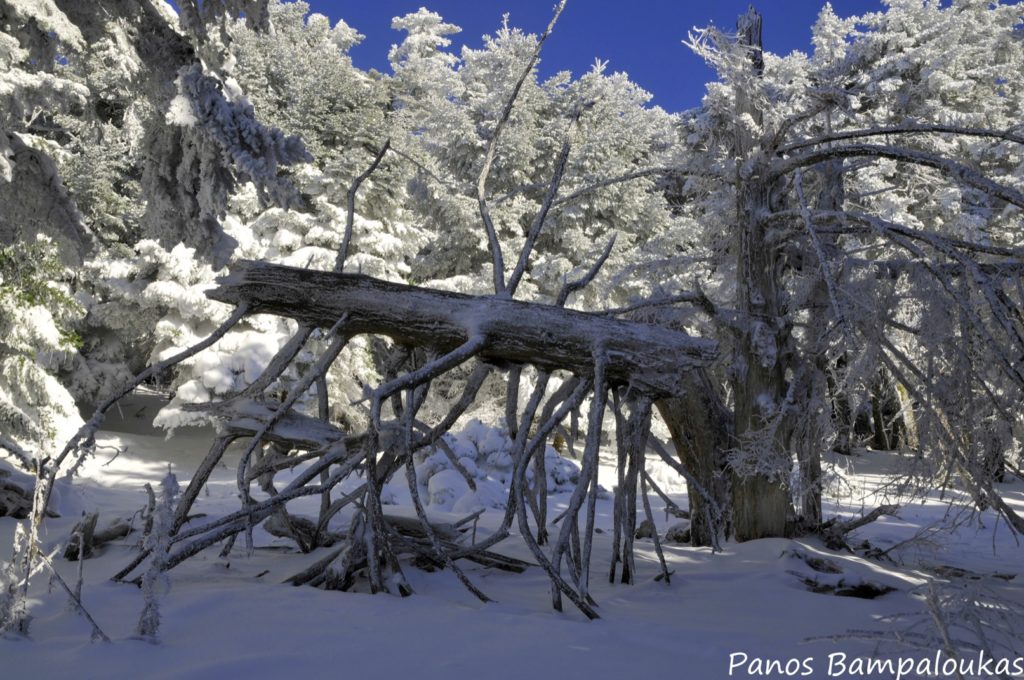 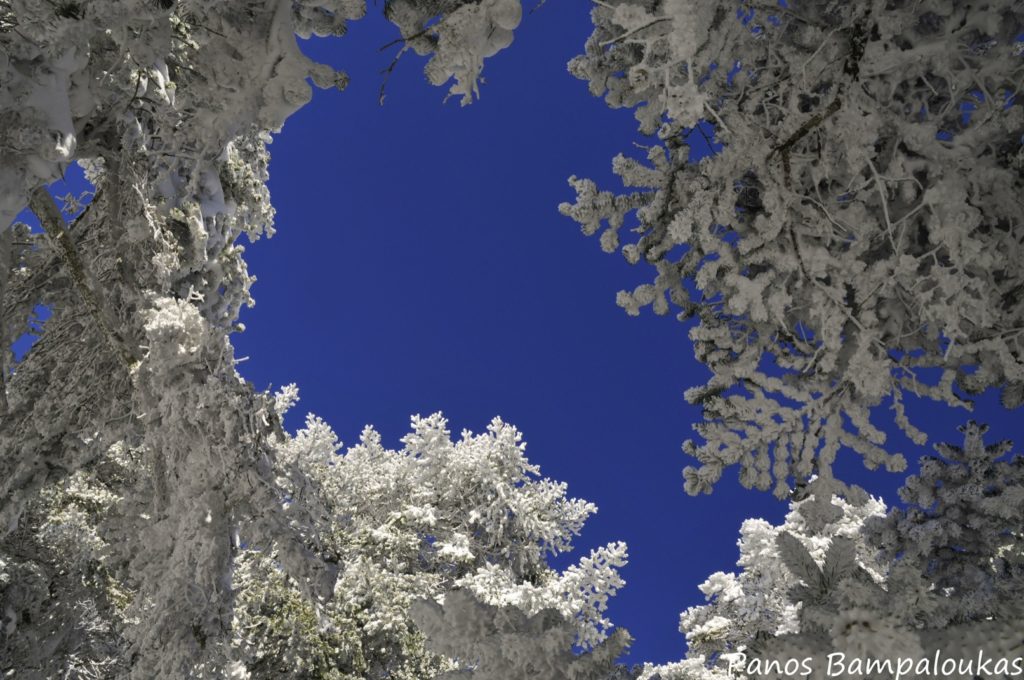 Recommended routes
Cable car- Chouni gorge- Bafi shelter- Edasa:The waymarked path begins just above the car park. Walk next to the fence, following the red marks and ignoring the road on your left. The first section of the trail is quite wide and goes through a forest of pines and judas trees; it then becomes narrower and
passes near a cluster of- illegally constructed- houses. Leave the ugly sight behind you and continue your ascend until you reach the first firs. Flabouraki peak, with its steep rocks, can be seen on your right.

After about an hour’s hike, the track descends slightly and crosses a stream. When you come across the sign pointing to Flabouri, take the left branch of the path. As you walk through the remains of the burnt forest, you should pass three more forks in the path. Head straight ahead towards Bafi shelter; from there, you should take the asphalt rod, turn left and continue until you find a smaller road, waymarked in yellow, on your right.

The path is on your right side, just at the end of  the grade, with its first path winding through burnt trees. Walk on even ground for a while, then descend towards Skipiza spring. From this point head right and you should soon reach Edasa observatory, hidden a few meters away from the trail, on your left. The whole hike takes around 3,5 hours. 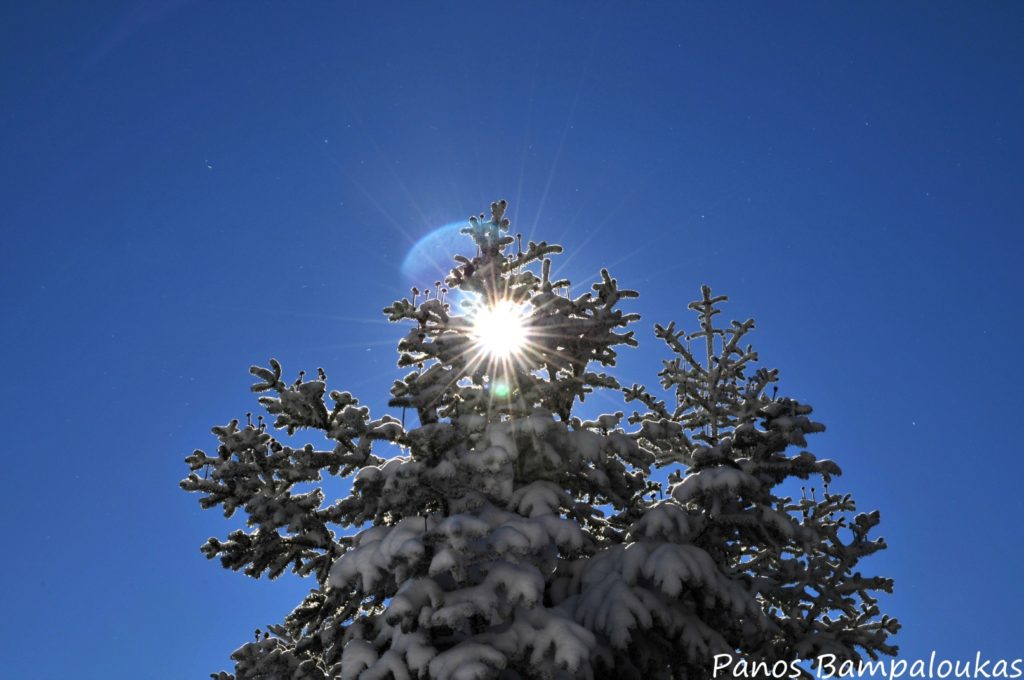 Local history
Settlements in the region date from at least the Myceanian period, while the oldest recorded usage of  the name “Parnes” is in comedian’s Andifanis writtings (4th c. B.C.). Parnitha was always a strategic post in the protection of Attica and therefore the most fortified mountain of ancient Greece.The Athenians used the ancient castle of Fili-  located north of the more recent fortress bearing the same name- to resist tyrant Peisistratus during the 6th century B.C. Near the new castle, along the road leading to Athens, traces of ancient coaches’ wheels are still visible on rocks. The fortress of Dekelia was used by the Spartans during the Peloponessian war.

God Pan was worshipped on several sites on the mountain, and particularly in so-called Pan’s cave, situated at an altitude of 620m. According to descriptions by ancient wanderer Pausanias, the cave was consecrated to Pan and the Nymphs (it is also known as Nymphaio) and consisted of a large chamber 70m long and a smaller one 20m long. The cave was also named ” lychnospilia” because the visitors used to light the “lychne” to shed light into the dark interior.

Nearby sights
History-lovers will not be disappointed by a visit to Parnitha’s ancient fortresses, espescially the castles of Fyli, built at an altitude of 687 meters, and Loimiko tower. The tomb of the ancient tragic poet Sophocles lies in the Varympopi area. Another important ancient monument is the Cave of Panas, also in Fili area.

Although only one monastery was built on the mountain’s slope- Aghia Triada, of which only a small, oldchapel remains-  , several others are found on its foot. Among them, the monastery of Kimisi Theotokou Kliston, in use since the 17th century.

The palace of the former royal family at Tatoi, along with its numerous outbuildings, has been in a state of neglect for quite some time; it is not yet clear when the much-discussed plans for its restoration will be realised. 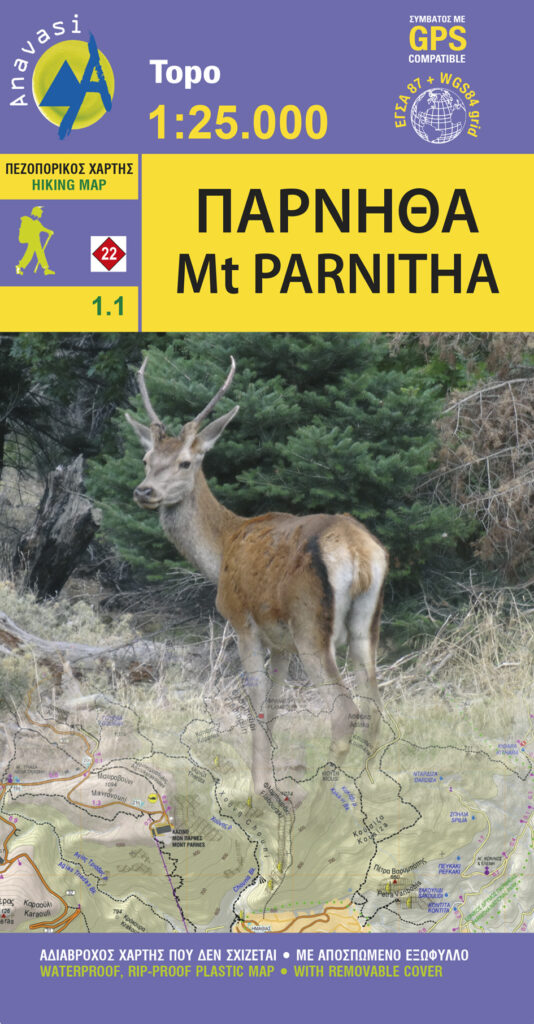 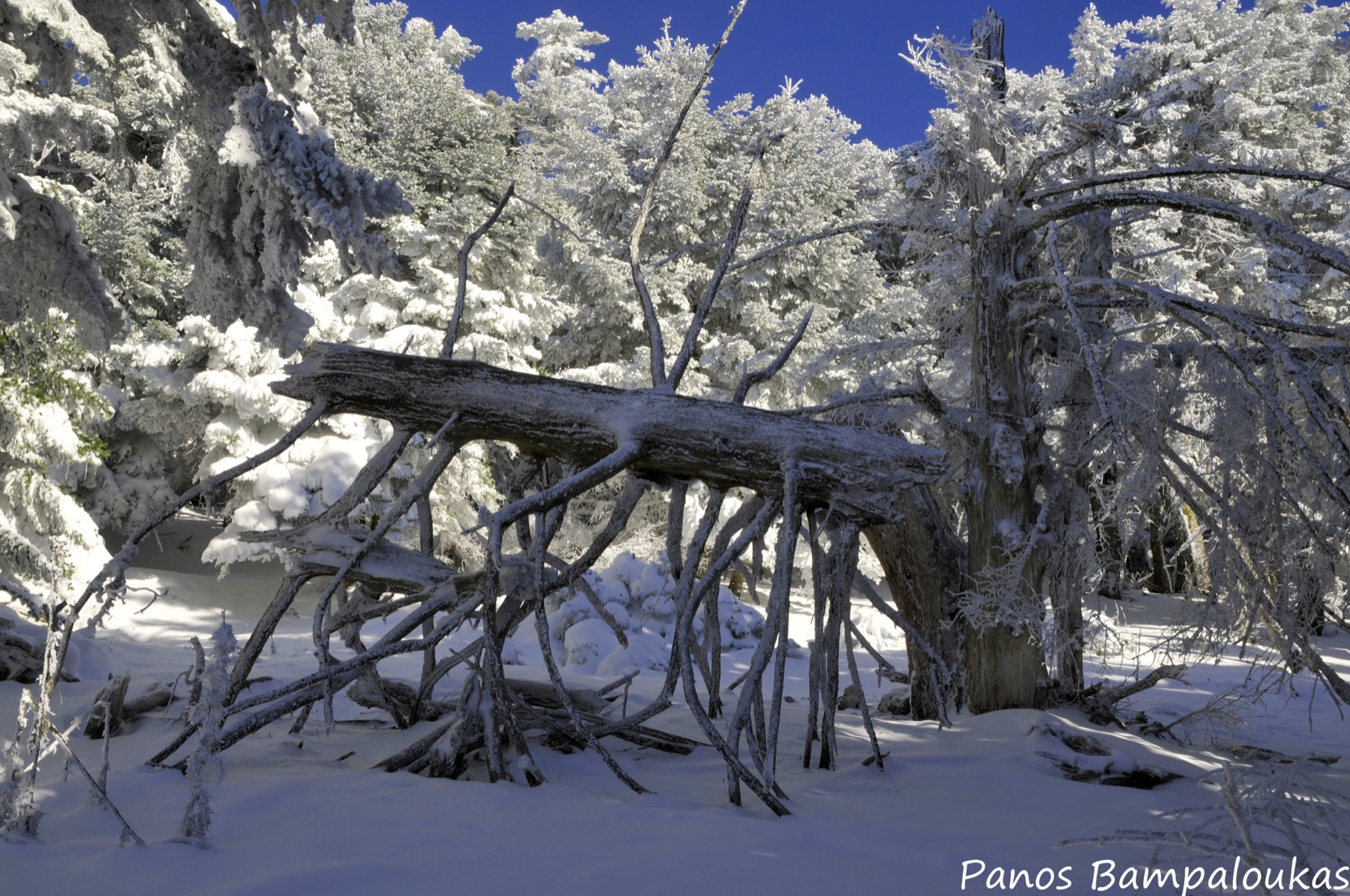 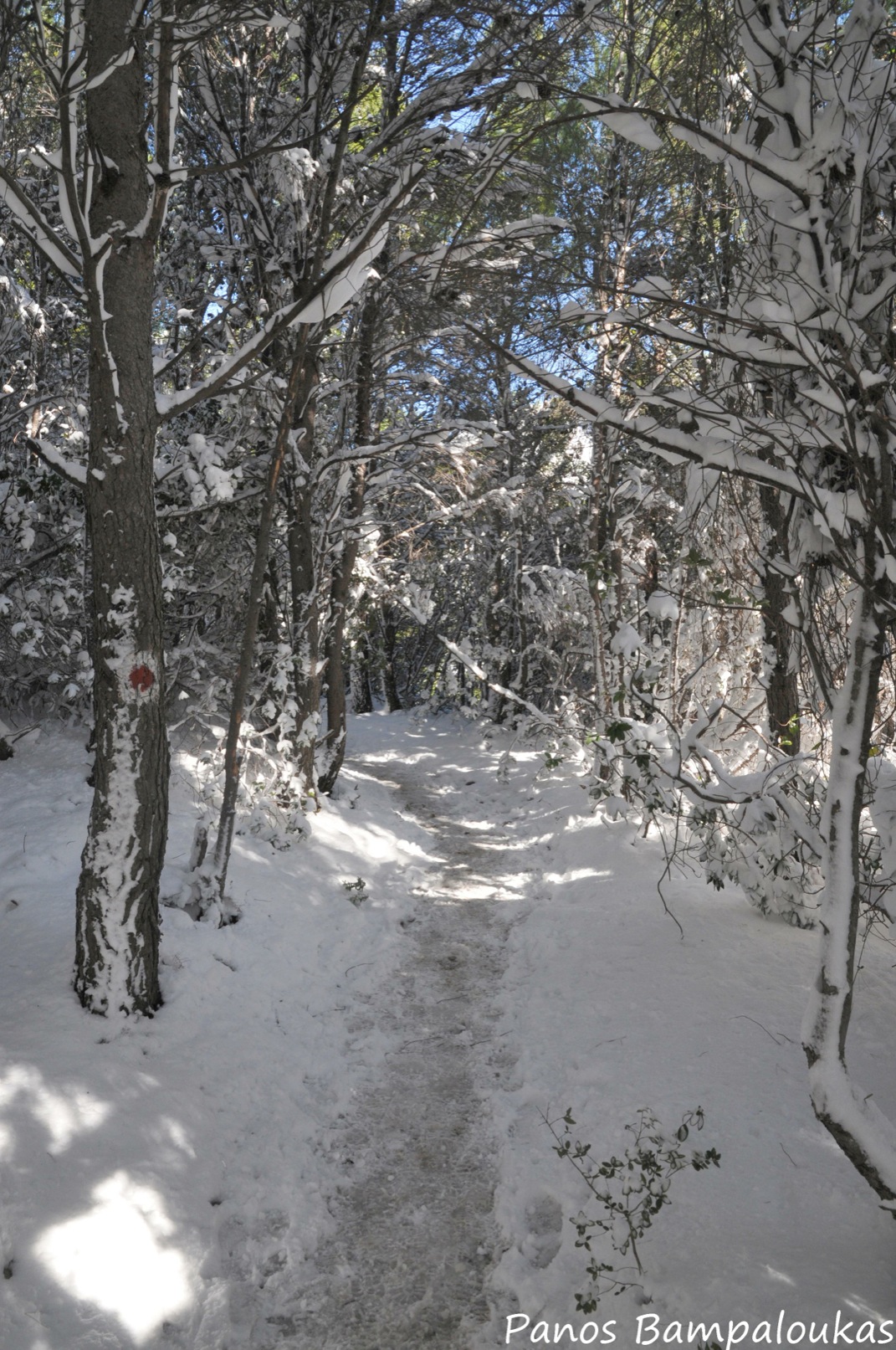 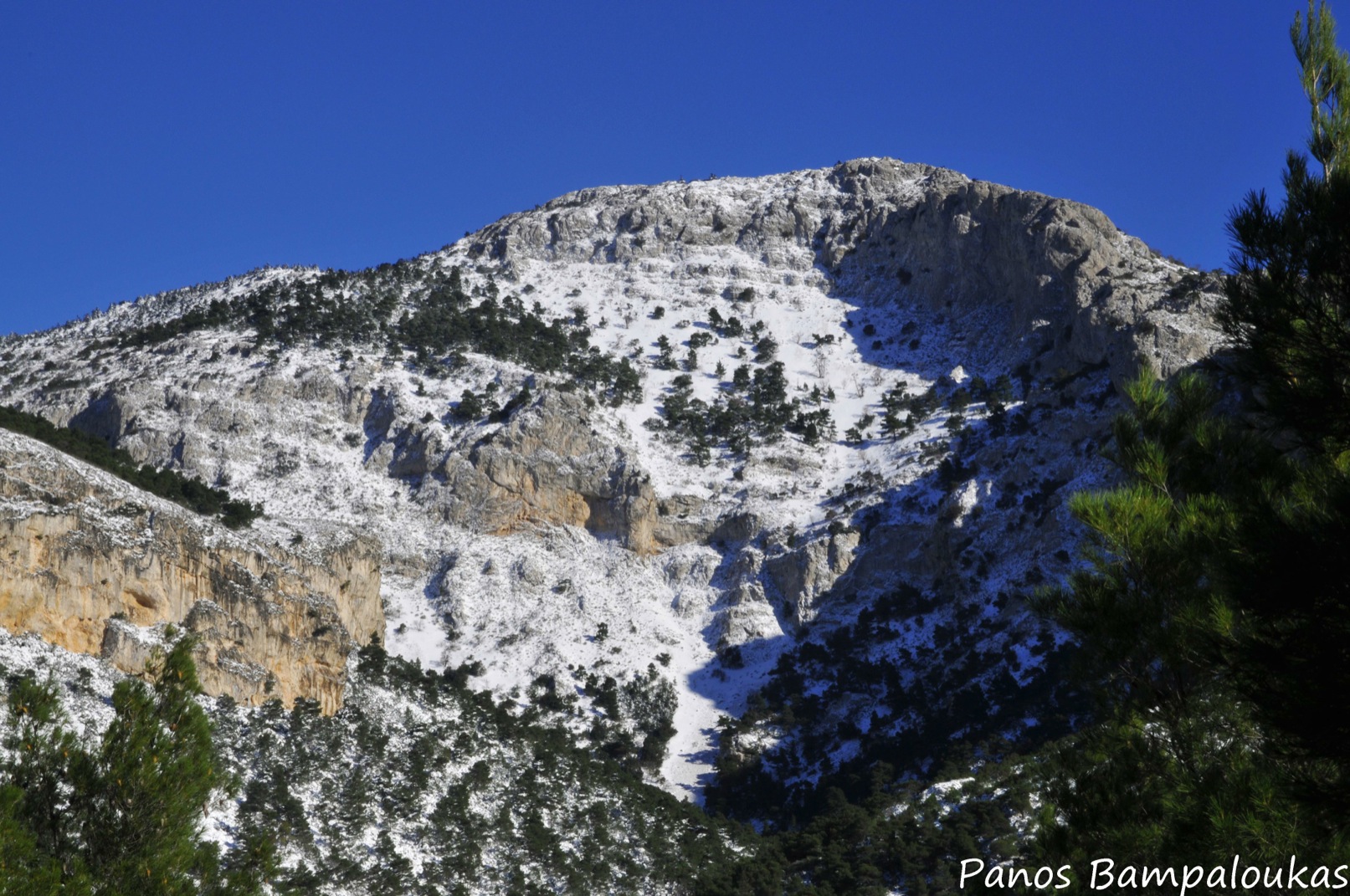 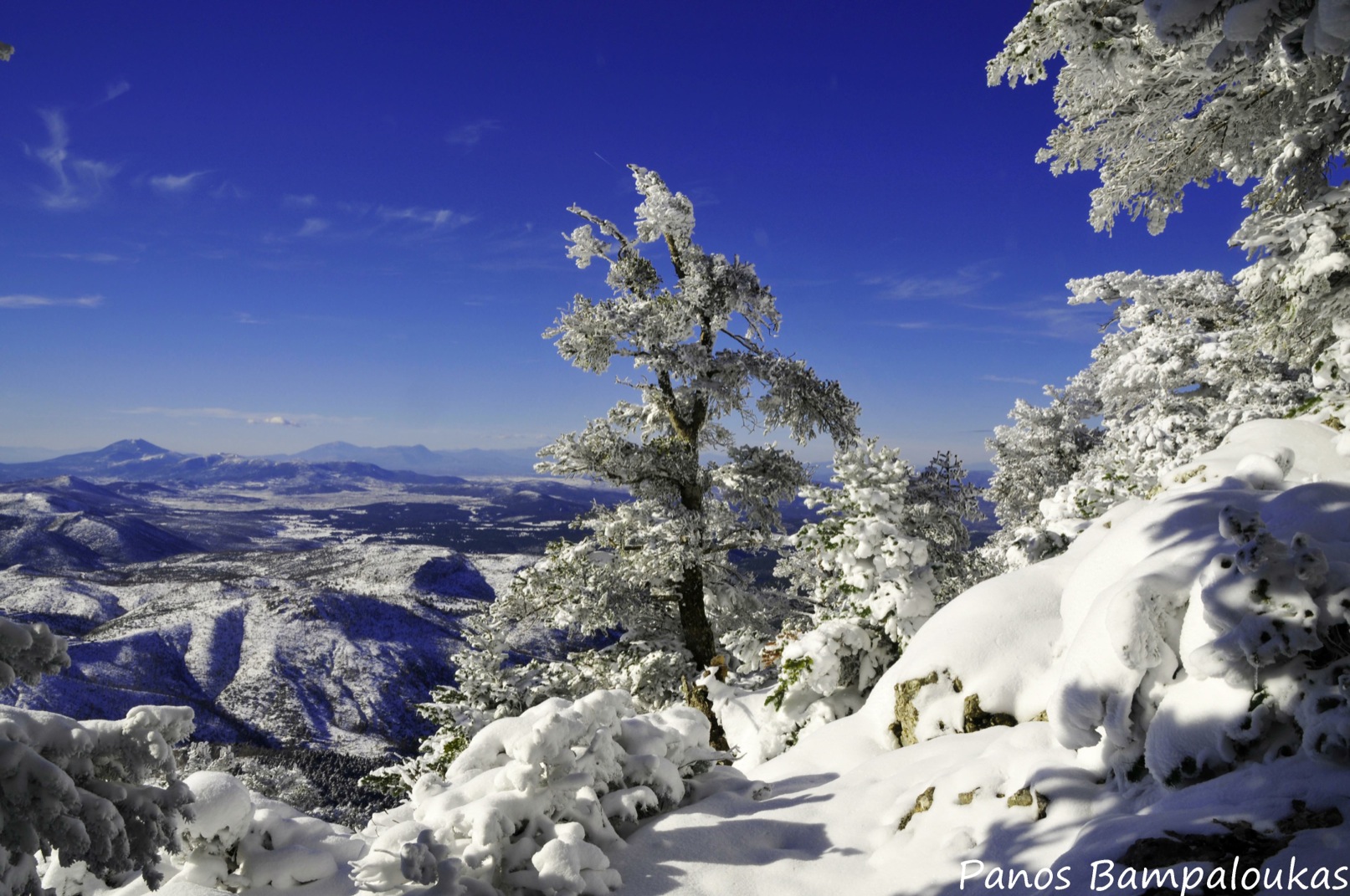 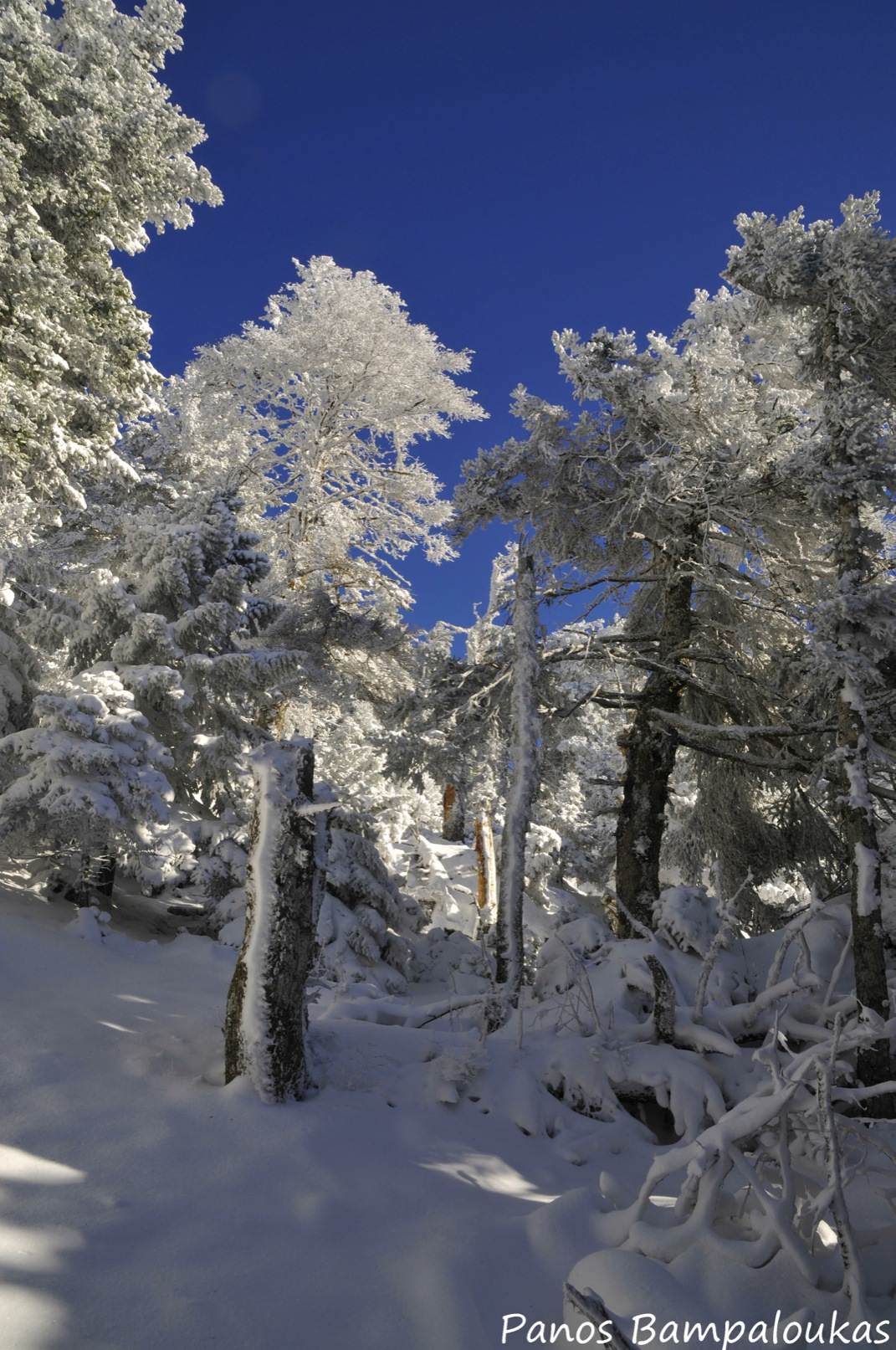 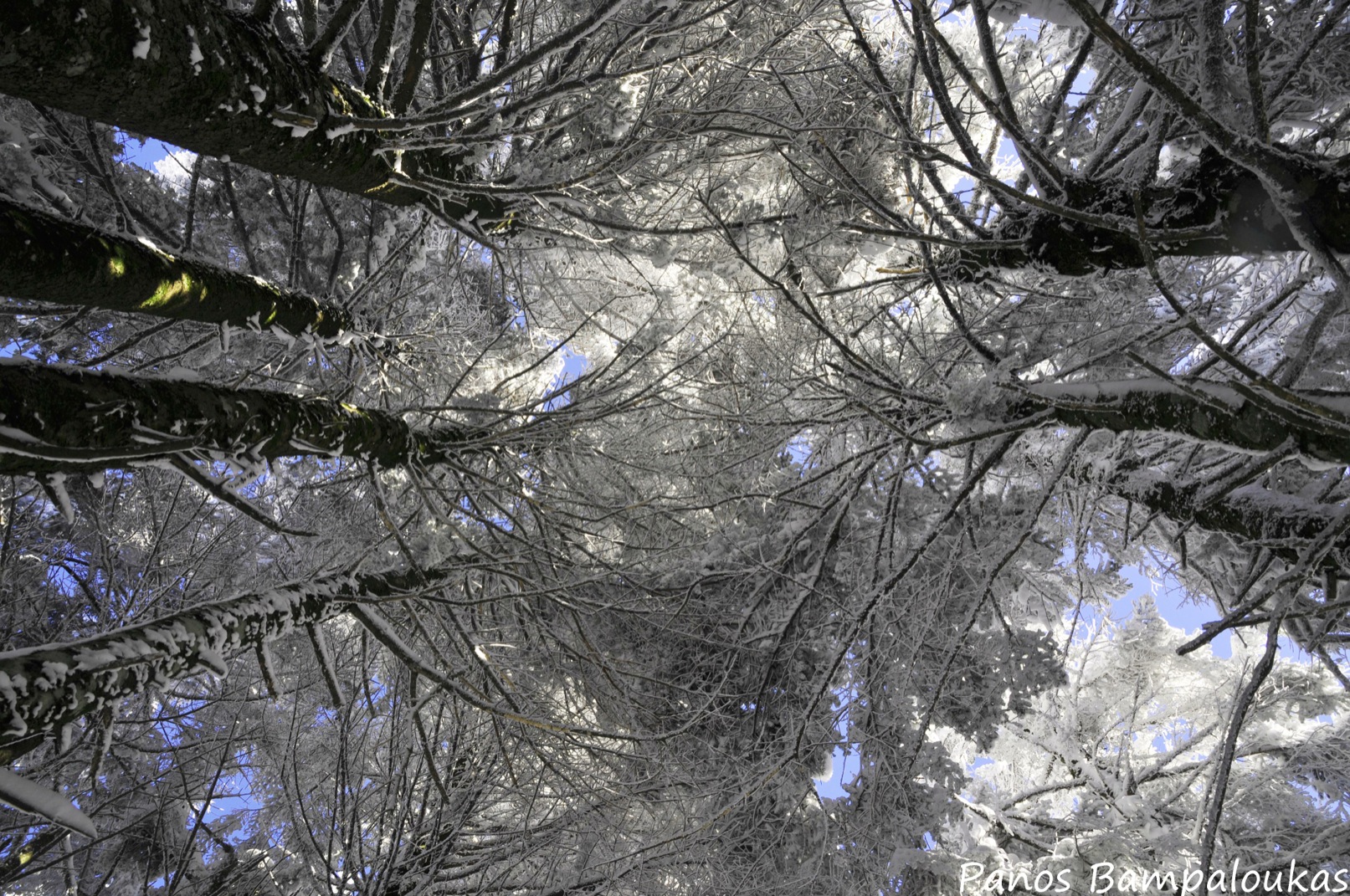 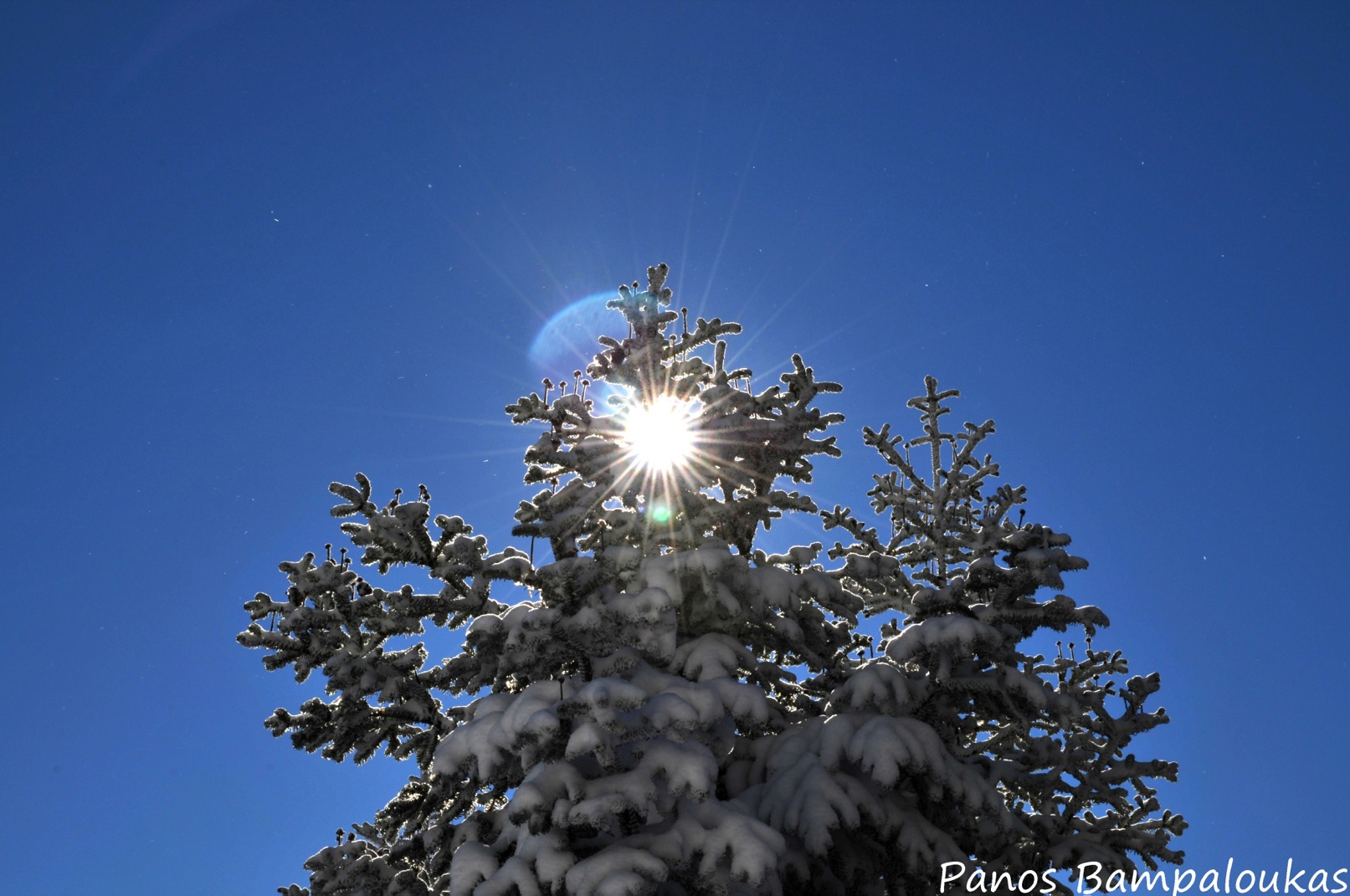 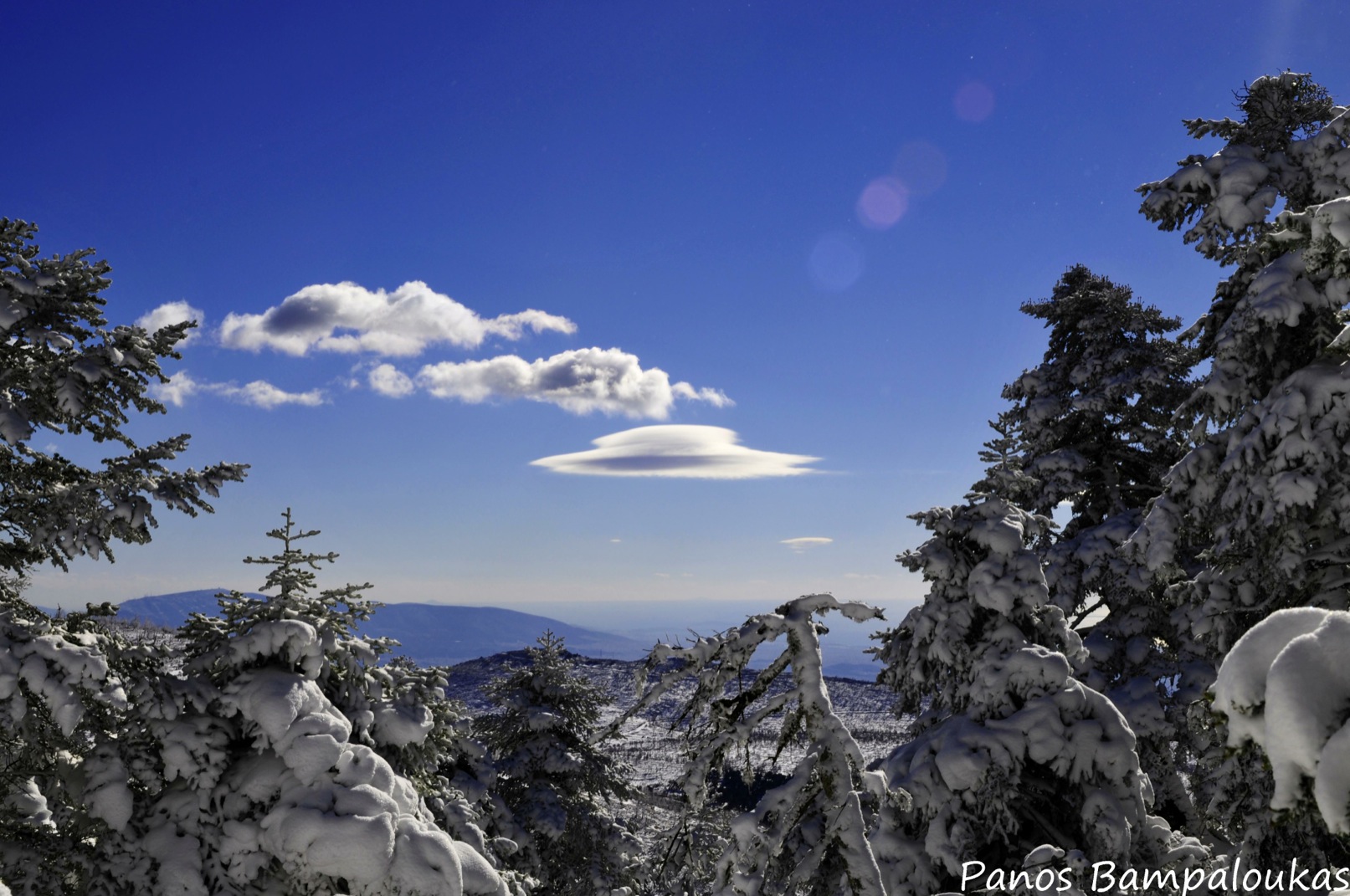 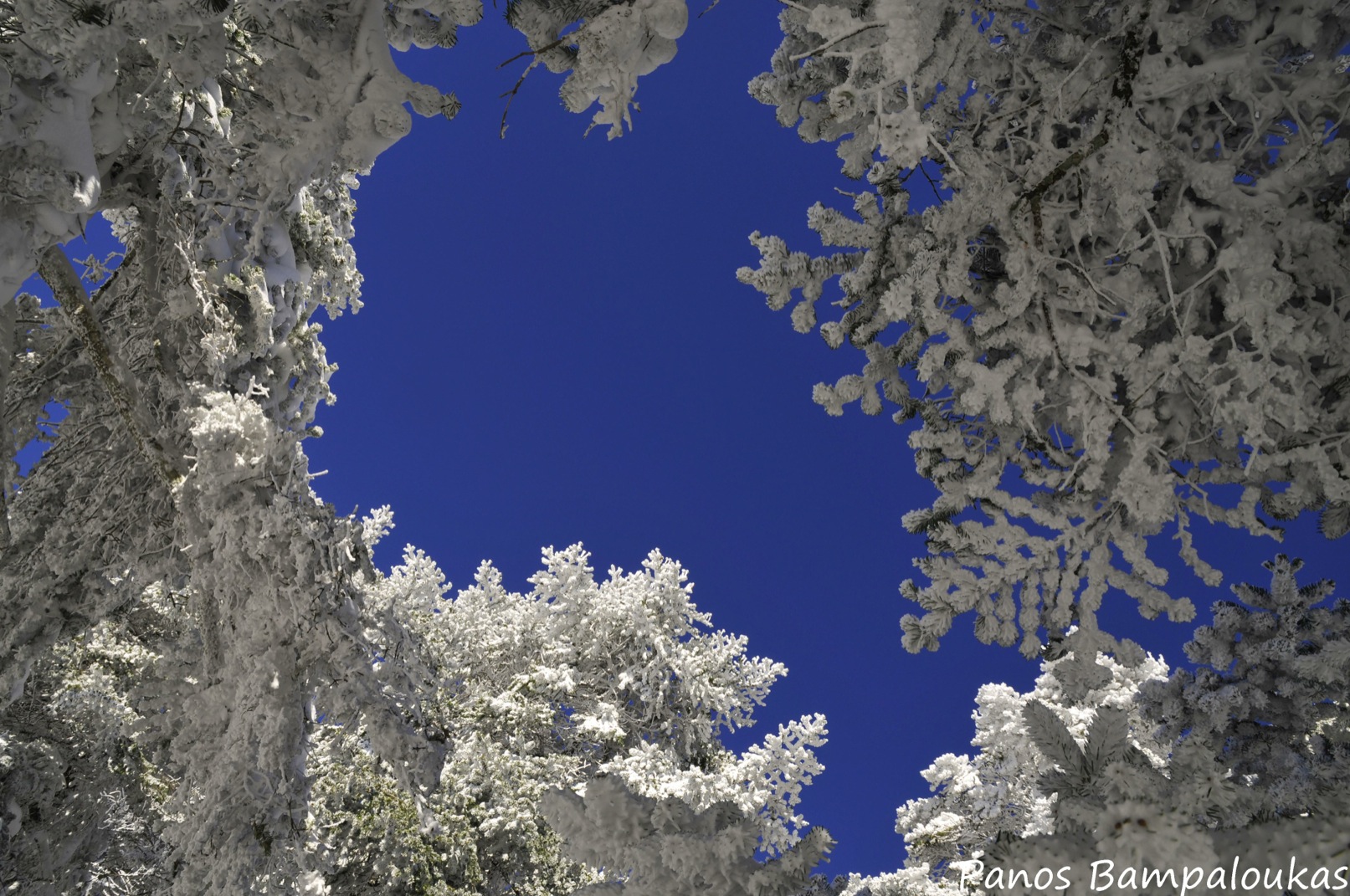