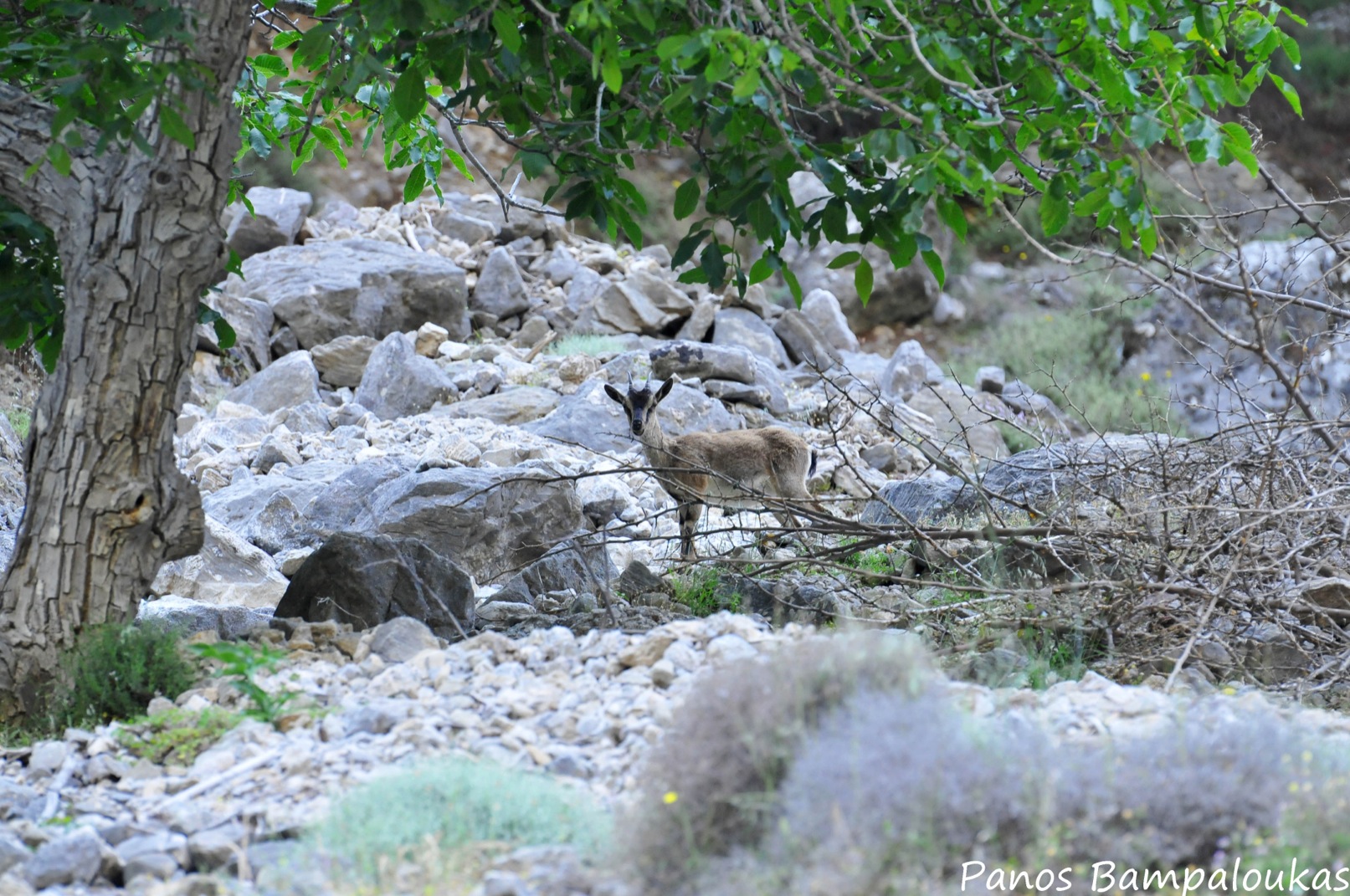 Situated within the muncipality of Chania, in western Crete, Samaria gorge is 16 km long- one of the longest in Europe. Thanks to its beauty and reputation, it is visited by thousands of hikers and nature-lovers every year.

The region is inhabited by three amphibian species, eleven reptiles, 200 birds and 32 mammals, including the famous endemic wild goat aigagros, which can be seen both within the gorge and on the Leuka Ori mountain range. Expert climbers, these fearless creatures can run uphill effortlessly at the steepest of inclinations, jumping from rock to rock at an improbable speed. 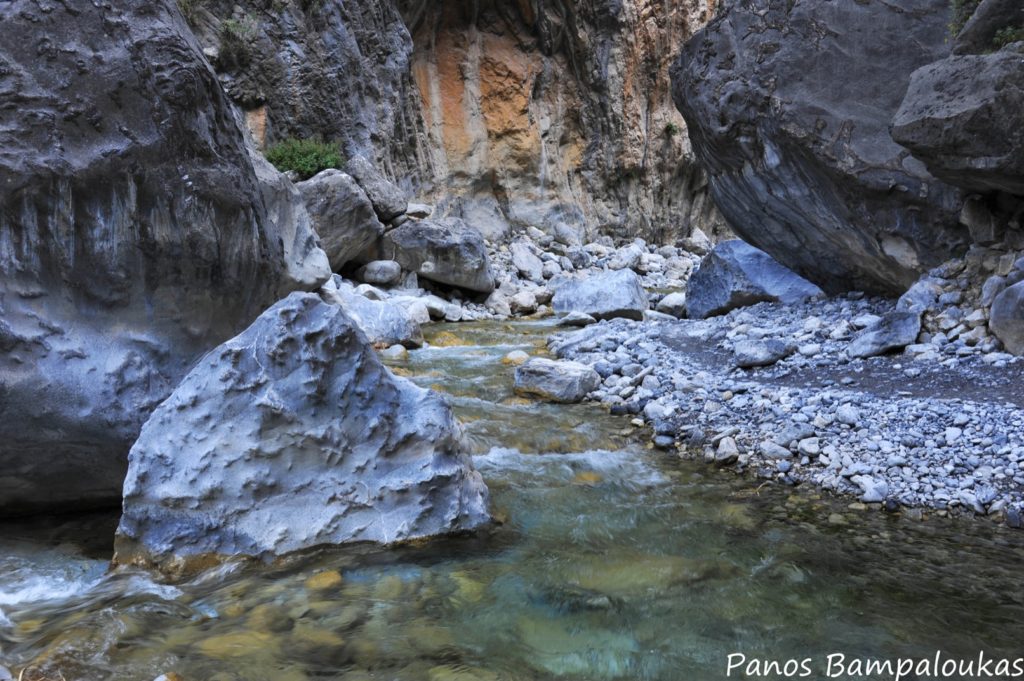 A much rarer sight is the wildcat, which was considered extinct until 1996, when group of scientists from the University of Perugia succeeded in catching one live speciment. The vulture-eagle, with its wings stretching up to 2,8 meters, may be observed flying above most of the island’s gorges. It feeds on bones, which it breaks into pieces by letting them fall from a great height.

The regions flora is equally rich and includes 25 endemic species as well as 97 species that are only found on Crete (for more information, visit www.samariagorge.eu. Cypreses make a considerable part of the forest, with the tallest ones growing near Aghios Nicolaos. 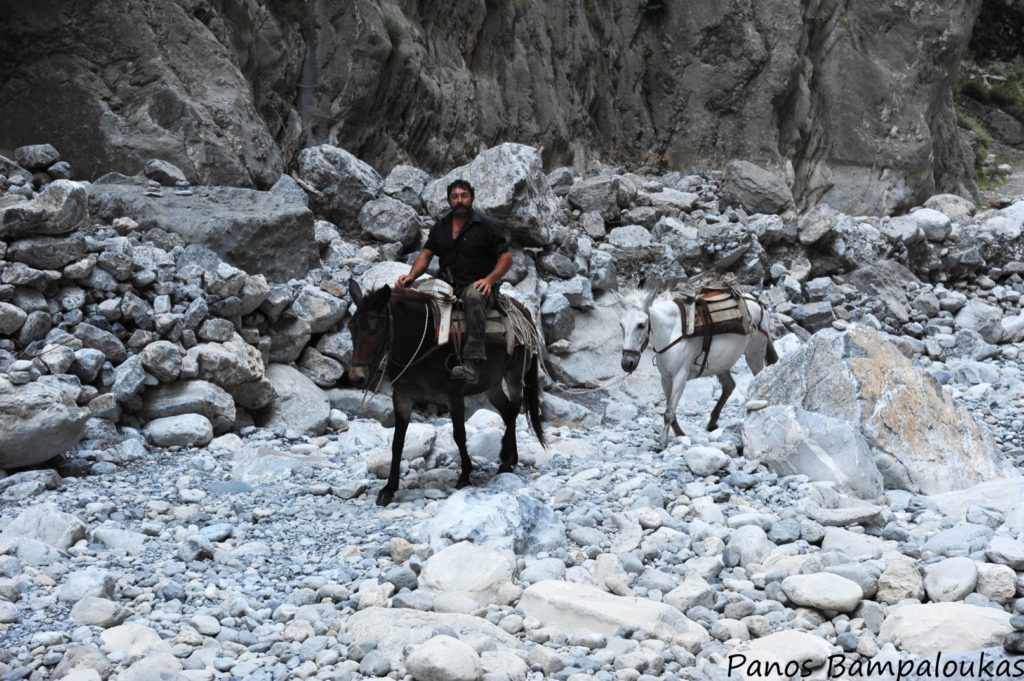 The Leuka Ori (White Mountains) range consists mainly of limestone, marble and dolomites. It took millions of years for the caves and gorges to be created and innumerable earthquakes for the mountains to rise to the surface. The mountains of Crete are still rising today.

Ruined Samaria village is located approximately in the middle of the gorge. Its last residents- mostly farmers and woodcutters- had to abandoned their homes in 1962, when the area was designated a protected national park. Both the village and the gorge were named after the nearby church of St. Mary. 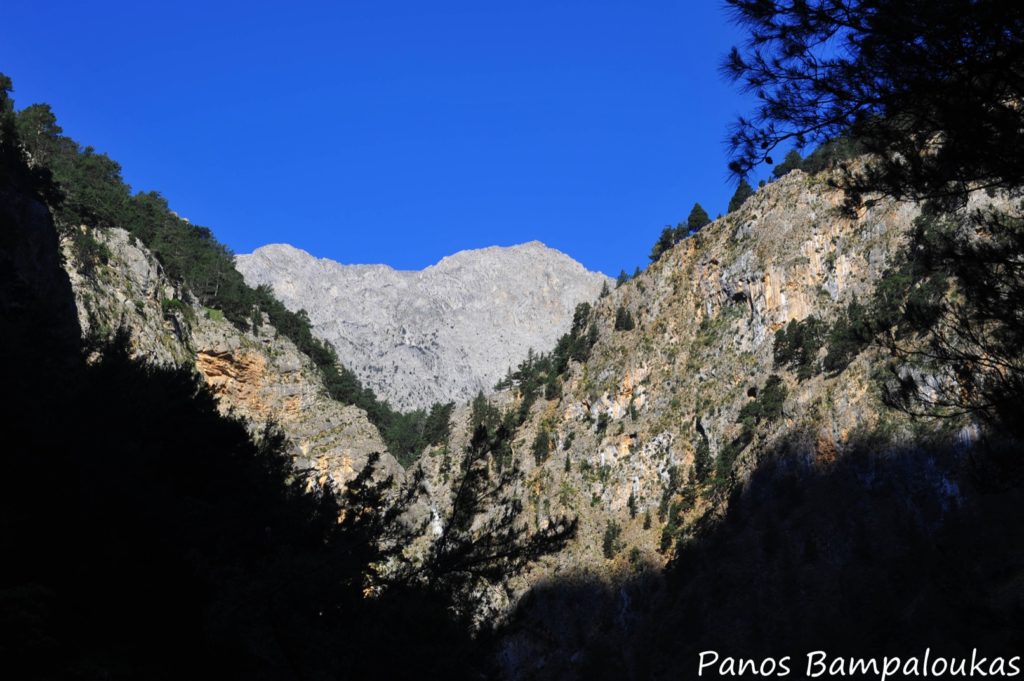 Recommended route
The gorge may be accessed either from Xyloskalo, at Omalos valley or from the village of Aghia Roumeli. In the first case, you can take one of the buses linking Chania to Samaria gorge, daily from morning until noon. Tickets cost around six euros. Upon your return, small boats leave from Aghia Roumeli, taking you to Sfakia from where you can board a bus to Chania. This is the easiest- downward- way through the gorge, and consequently the most popular one. The trail is very often crowded, especially on weekends and holidays.

If time and your endurance levels allow for it, you may begin the crossing from the sea, moving uphill. The whole hike will take you around seven hours- about two hours longer than the first option-, but for a great part of the route you will be able to cherish the vew in peace, away from the crowds. One of the most scenic spots are Portes (“doors”), near Aghia Roumeli.

In general, the path is well-trodden and waymarked, with springs, public toilets and resting places found at regular intervals. In case of emergency, mules are summoned to carry people outside the gorge. 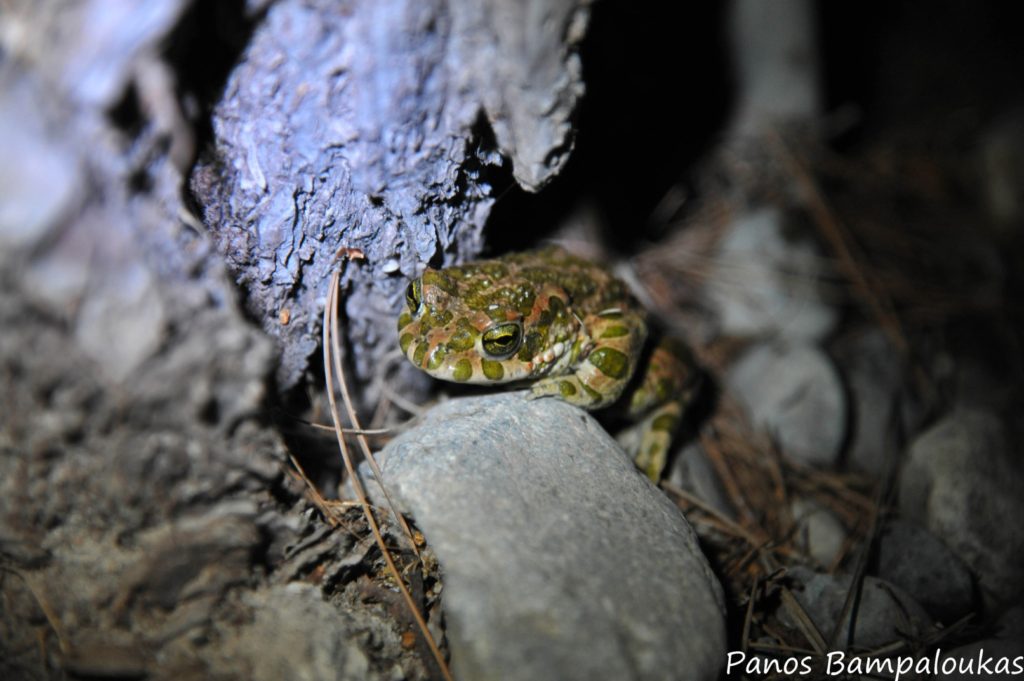 General information
Tickets to enter the gorge cost five euros. You will be asked to pay upon your arrival, and you will be ask to present your ticket again upon departing- this is to ensure that no one stays in the gorge during the night. Camping, fires, flower picking, swimming in the streams and of course hunting. To walk anywhere but on the marked trails you need special permission from Chania Forest Directorate. The gorge may be accessed from May 1 till October 31; during the winter months, hiking is prohibited due to the danger posed by rising waters and falling rocks. 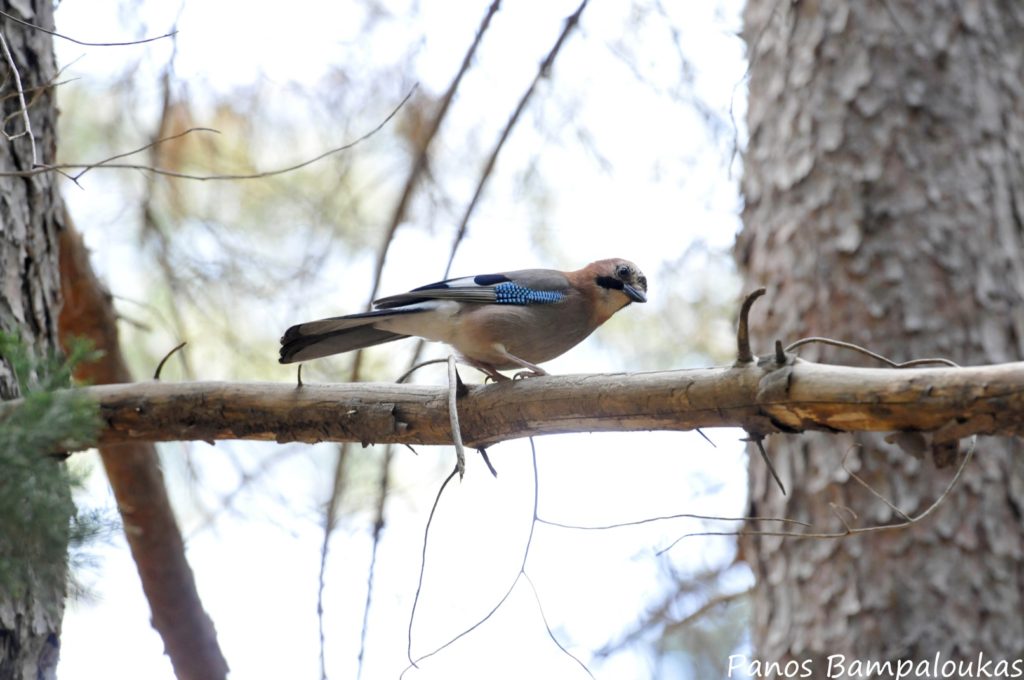 Camping
Camping is prohibited in the gorge, but there are several spots suitable for camping near Aghia Roumeli, where the river meets the sea. Here you will find a public shower, a fountain and plenty of shade under the pines. Bear in mind, however, that officially free camping is illegal; what makes it possible is the tolerance of local residents. If you do decide to spend the night outside, you may do so at your own responsibility and always taking care not to harm the environment. The only ugly sight in the area are the pile of rubbish outside the small forest and the building materials next to the path leading to the gorge (we hope that they have only been left there temporarily).

Getting to Crete
The ferry linking Pereus to Chania departs daily at 9p.m. and arrives at 5.30 in the morning. Tickets start from 35 euros. The ship will leave you at Souda port, from where you can take a taxi or a local bus (1,5 euros). You should get off at the end of the route; Chania regional bus station is a five minutes walk away. 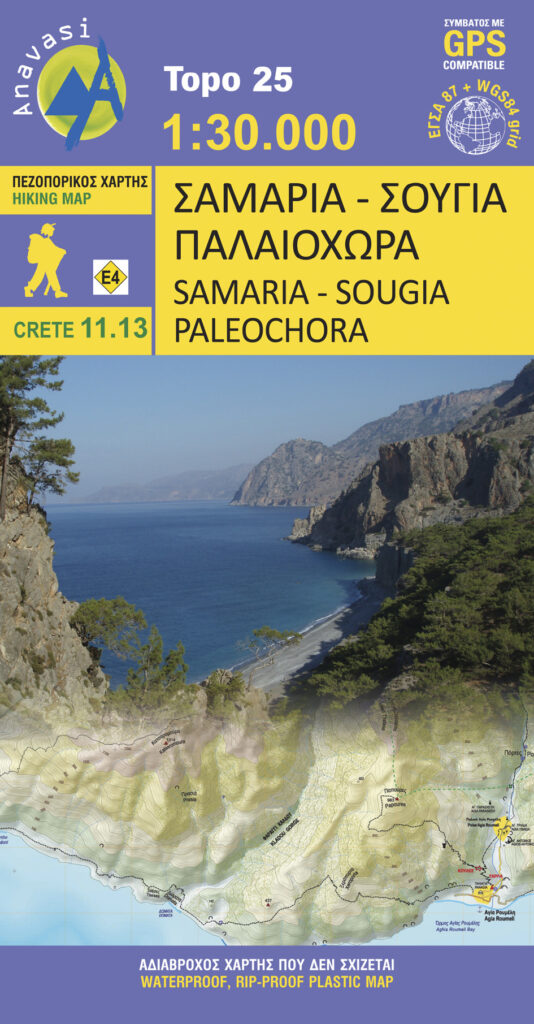 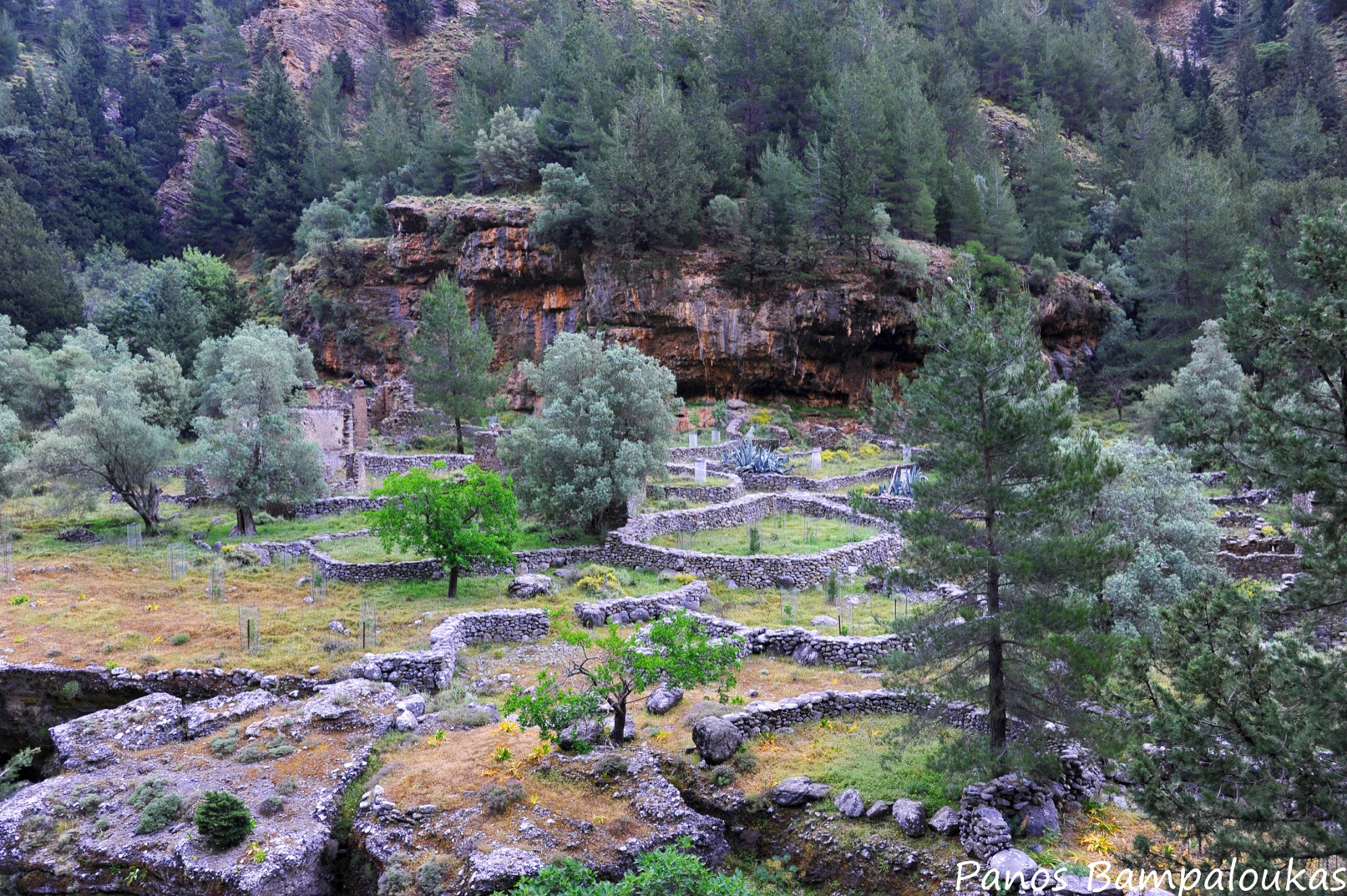 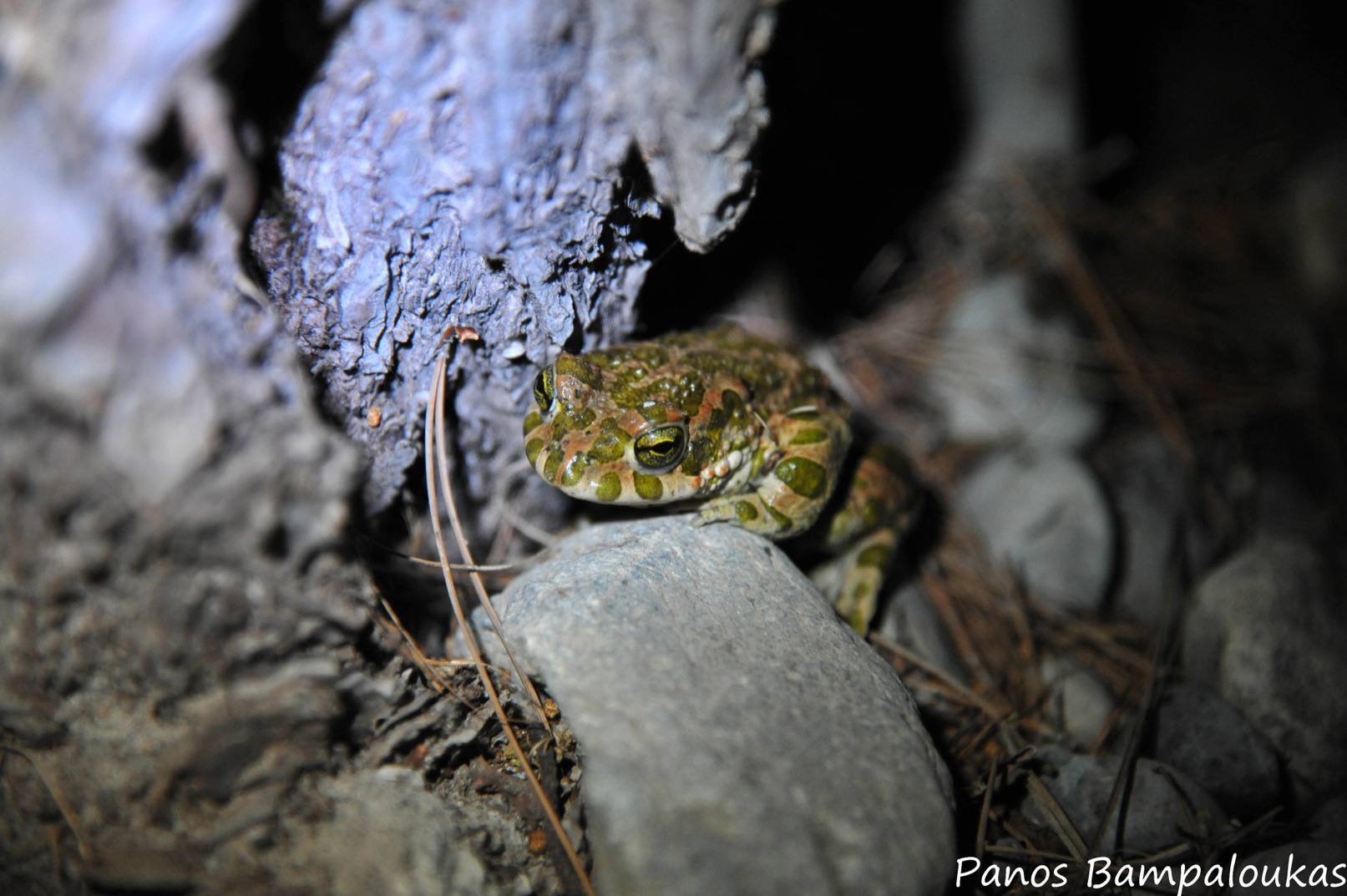 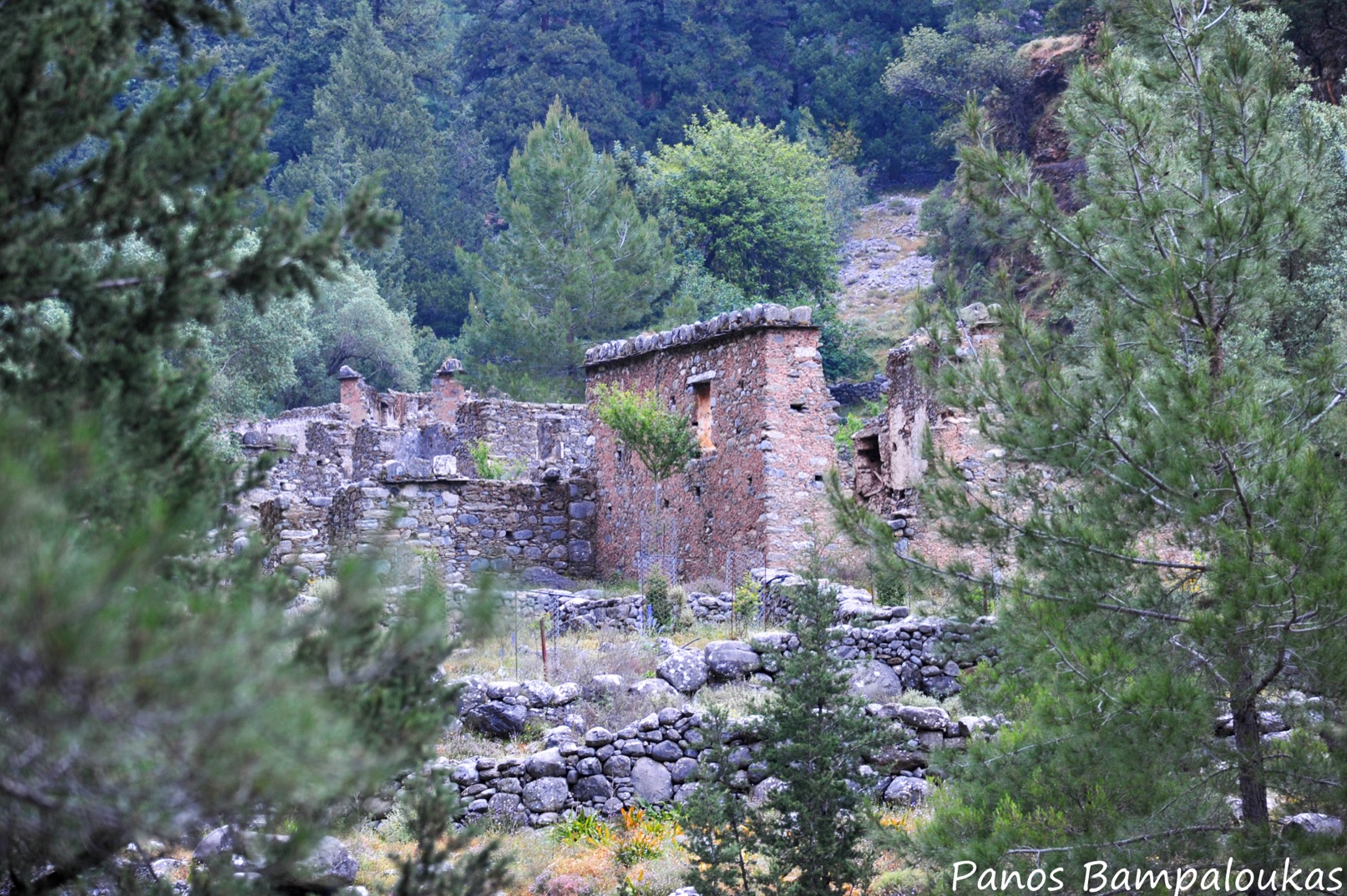 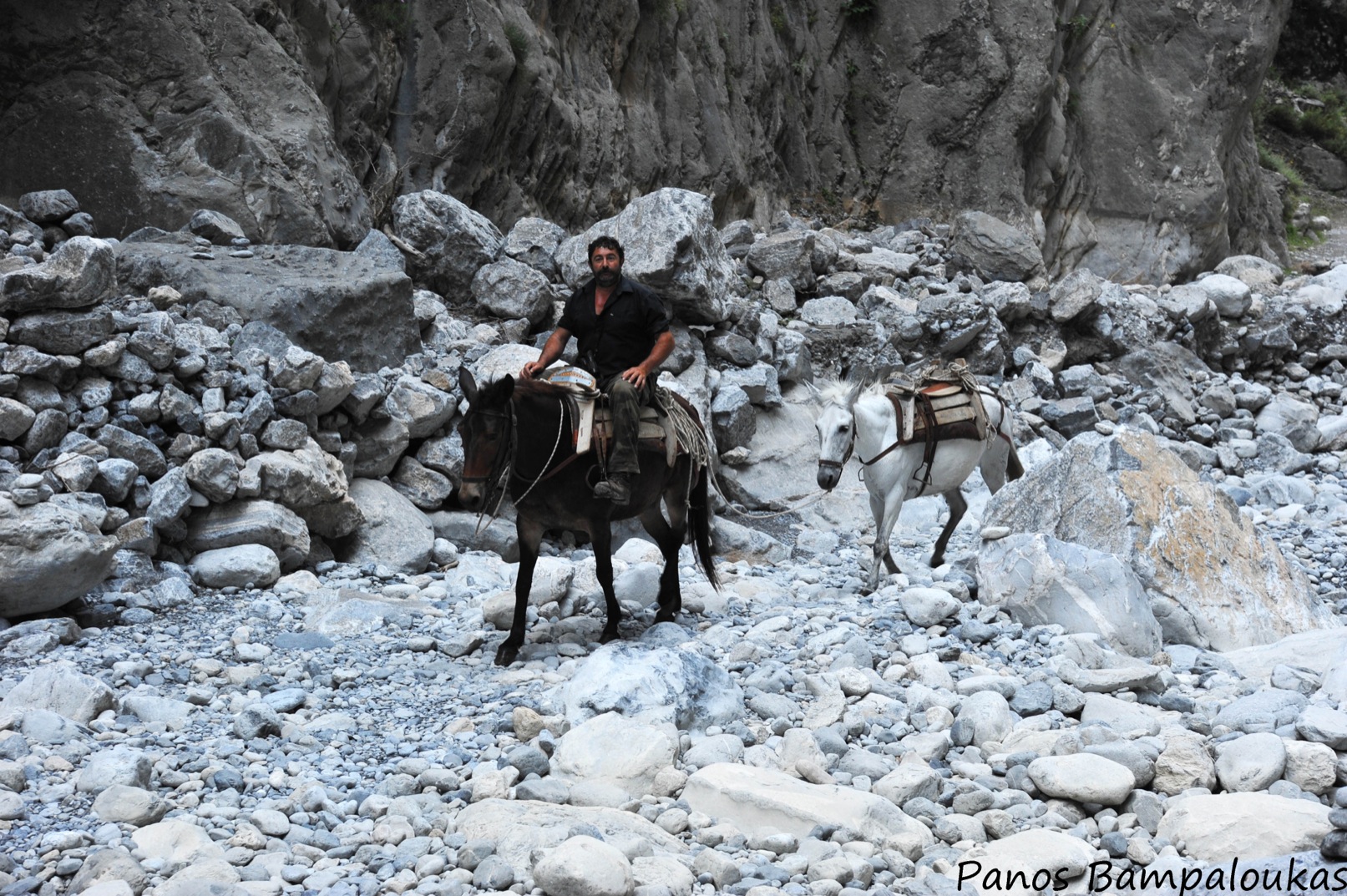 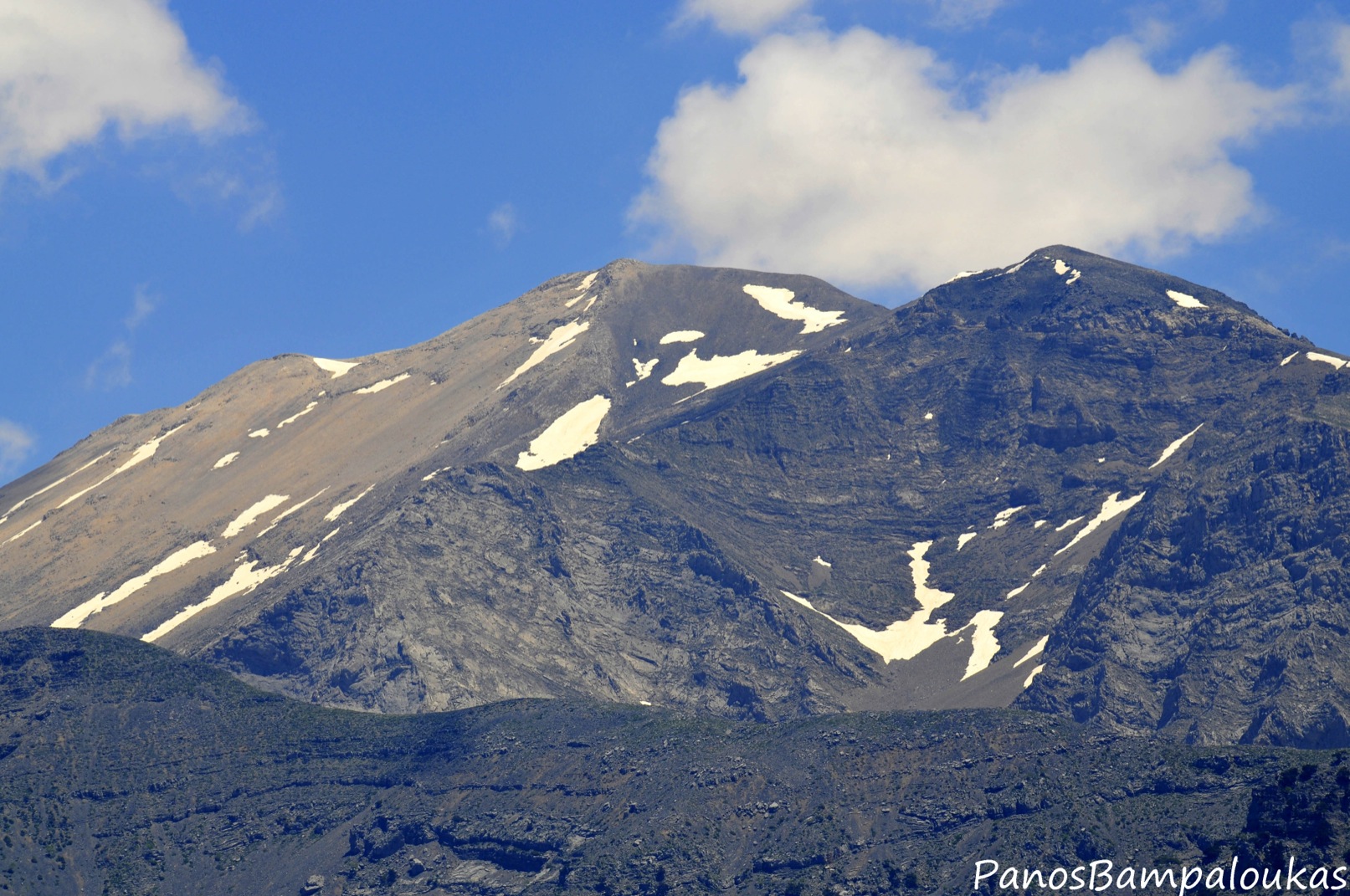 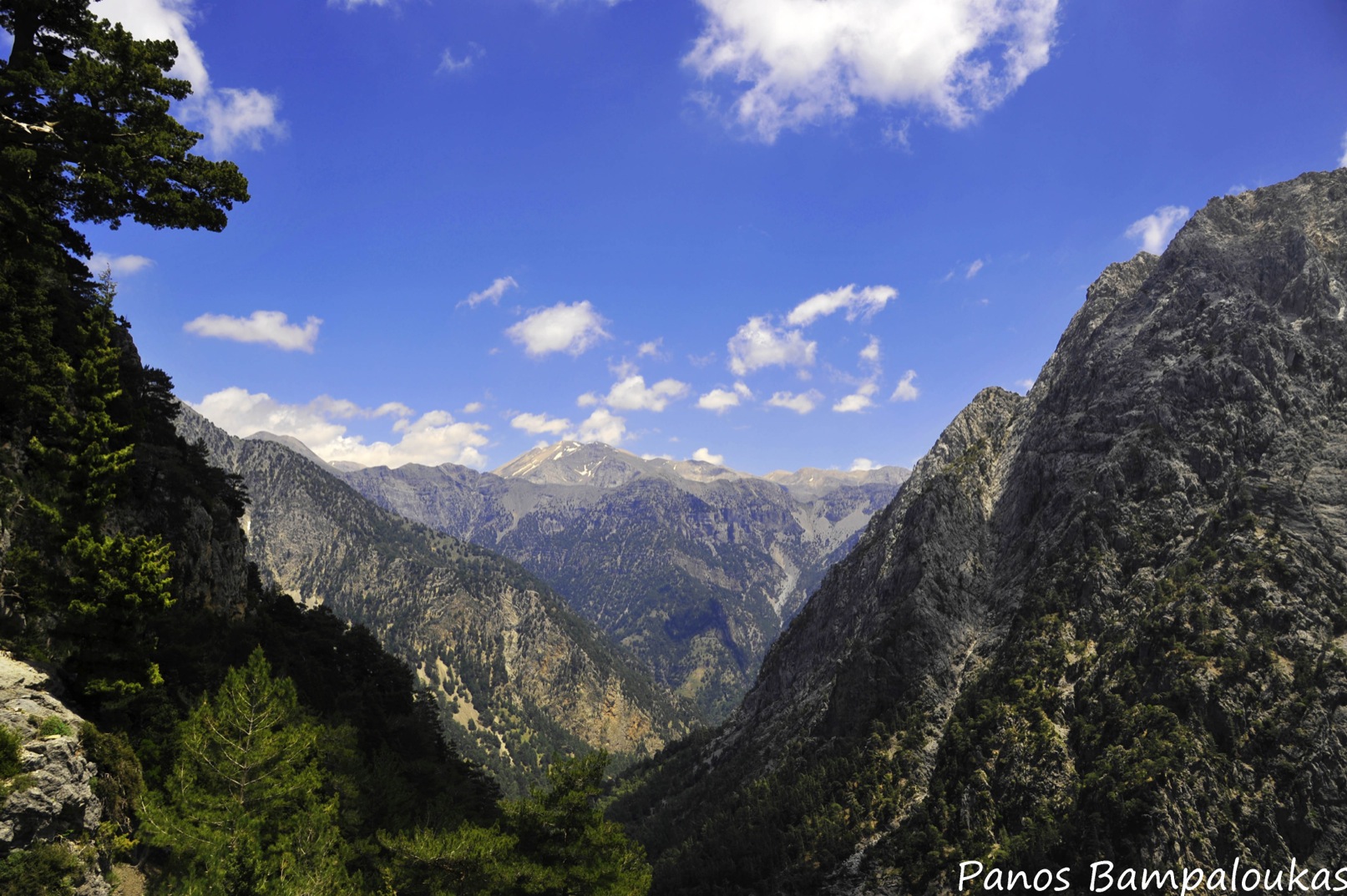 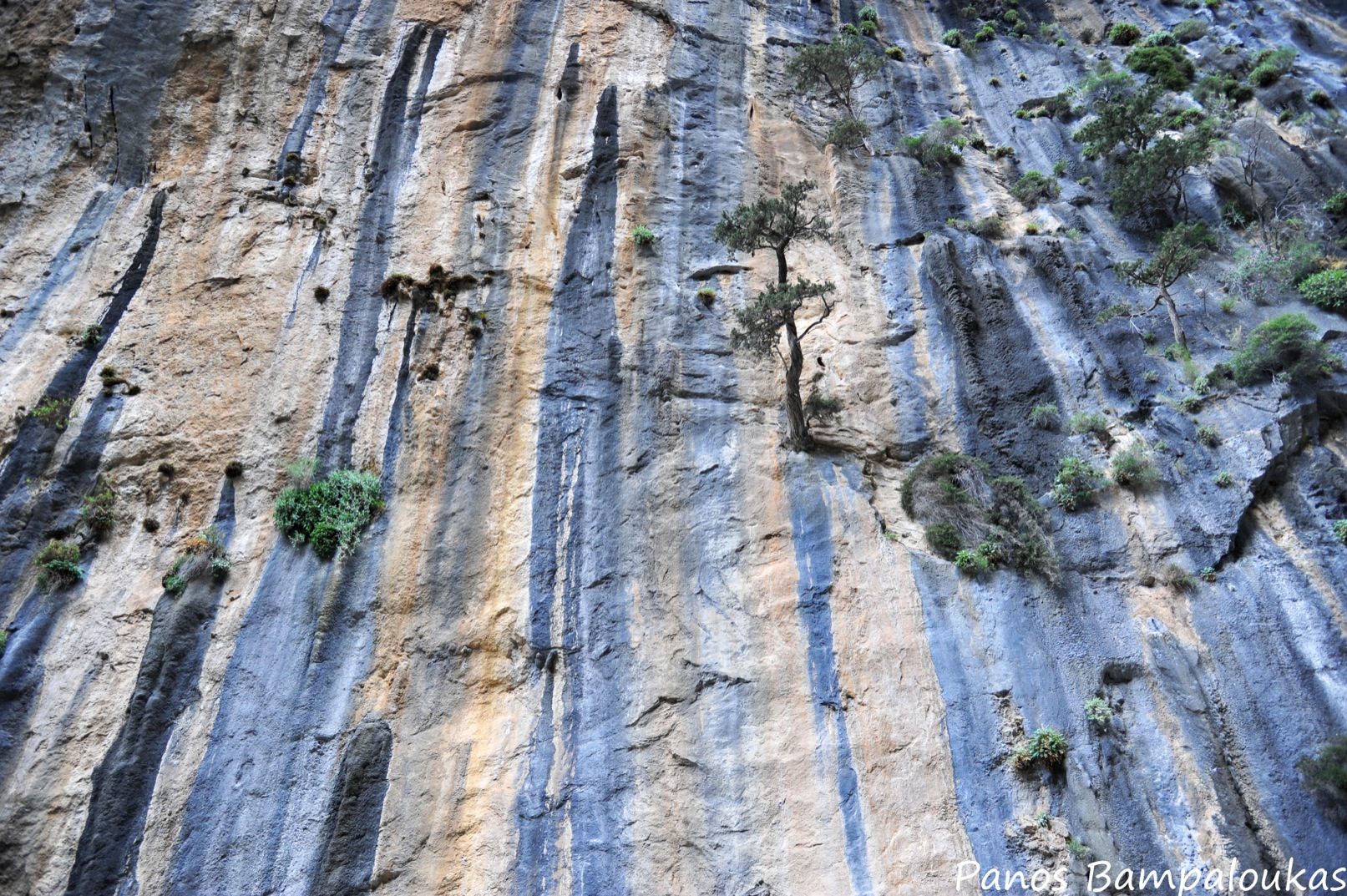 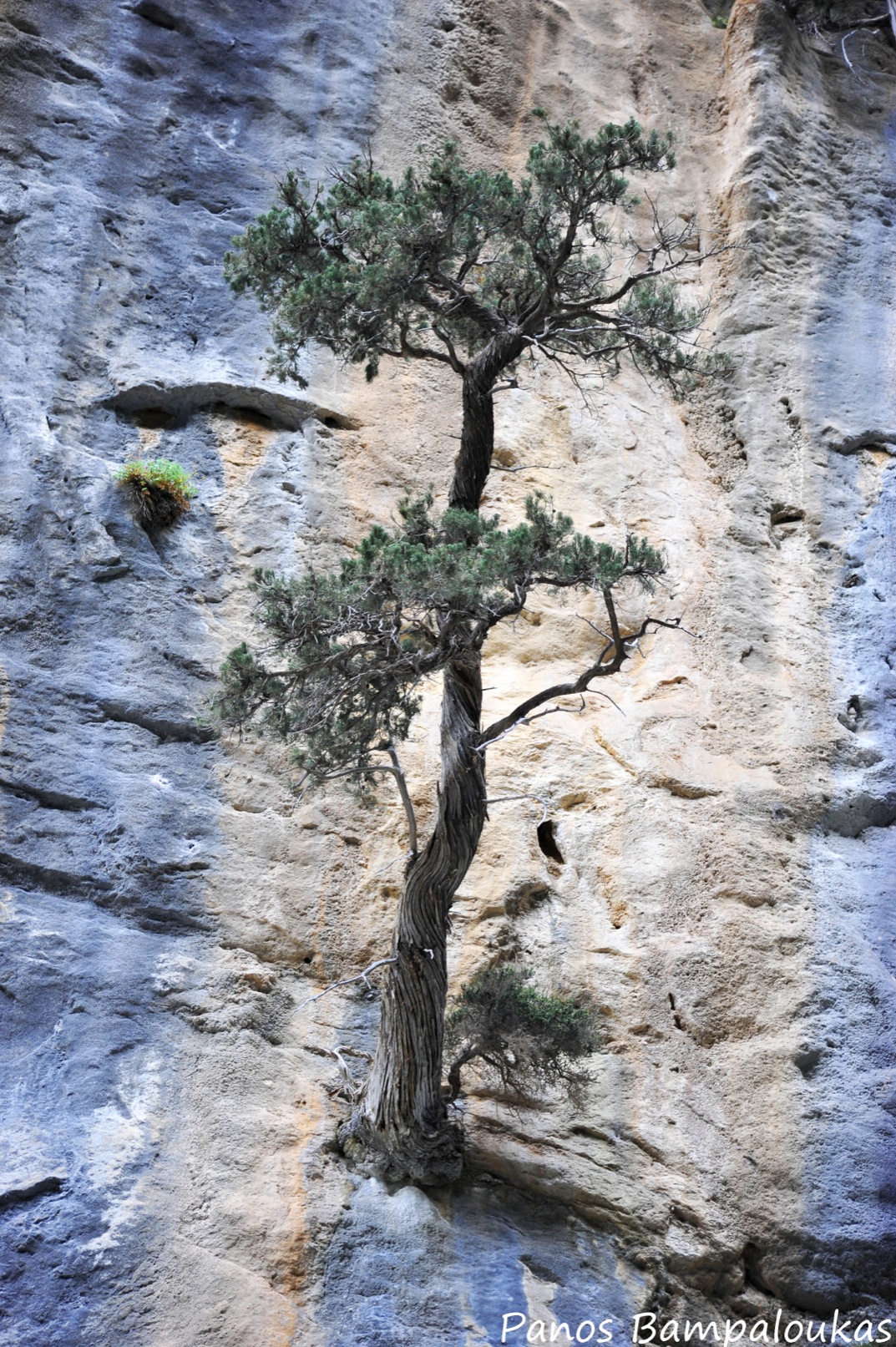 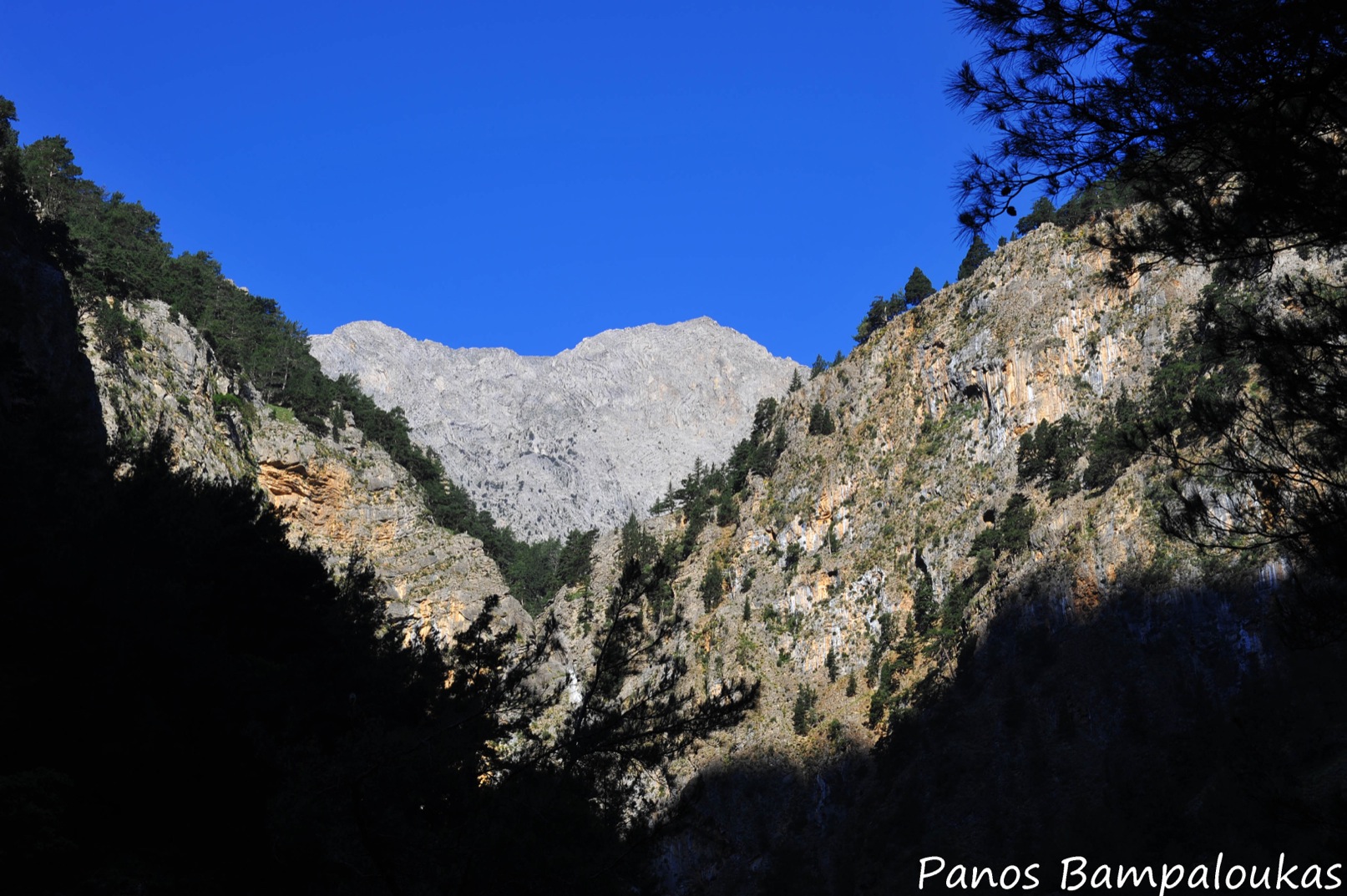 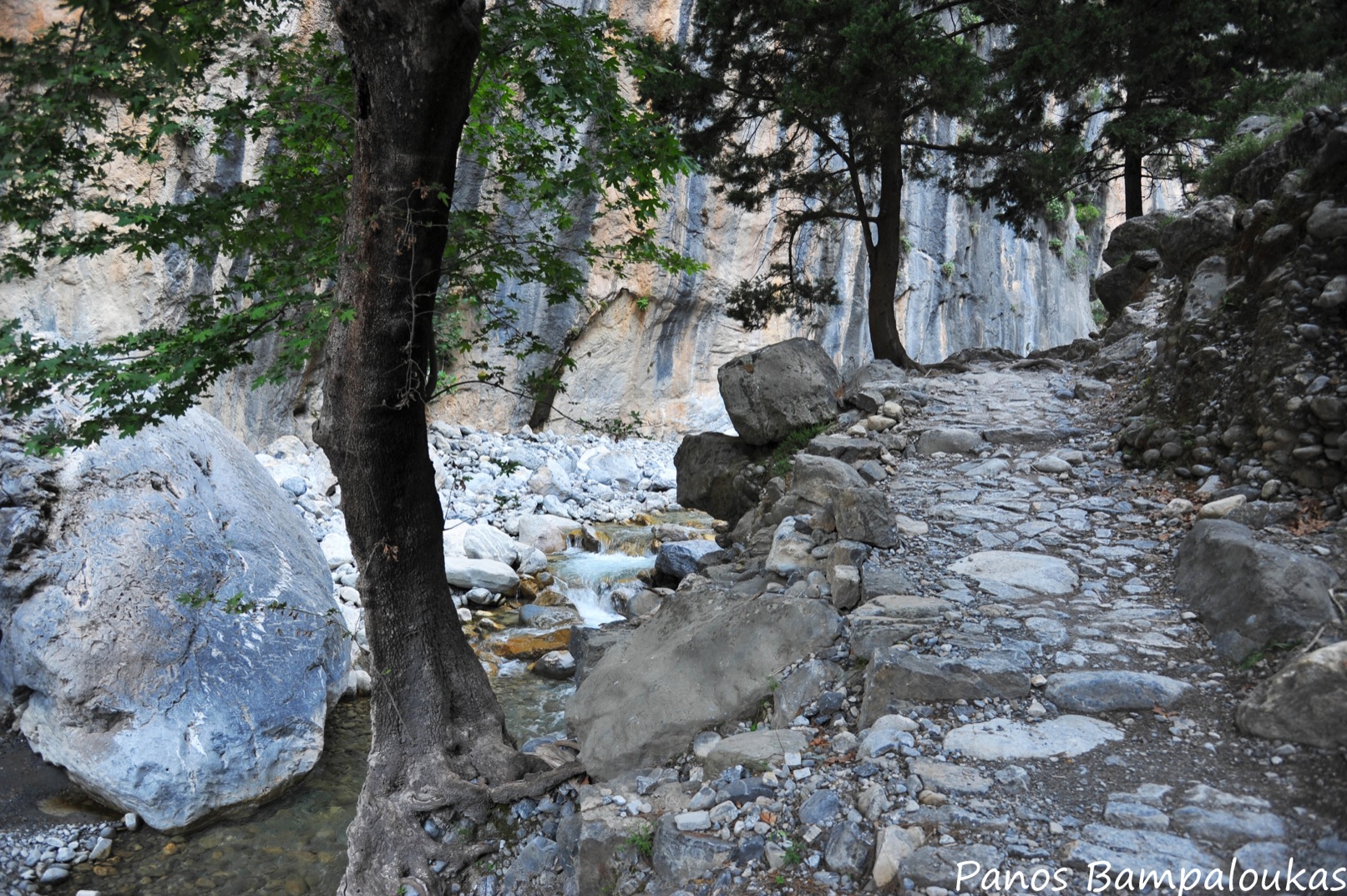 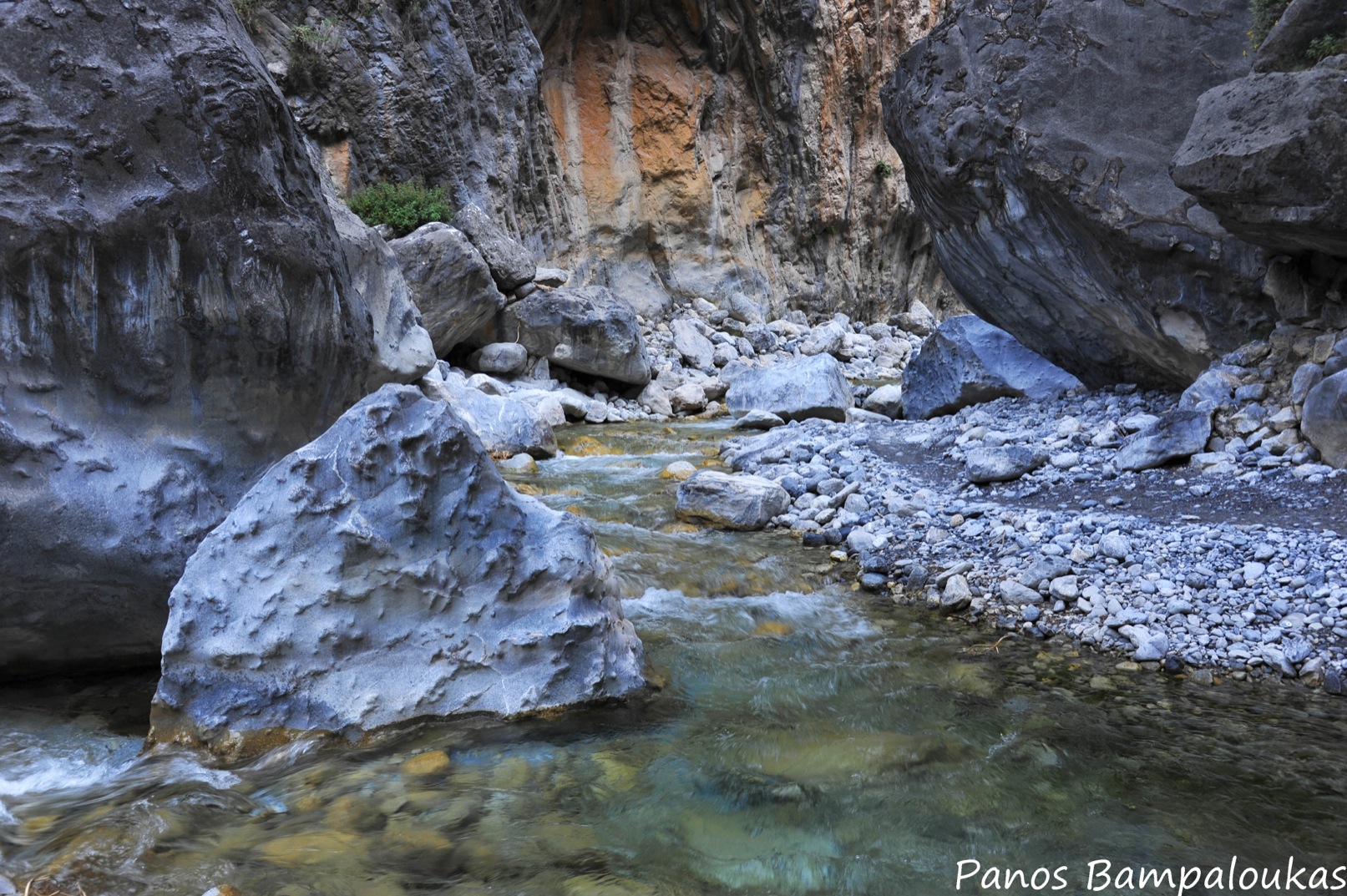 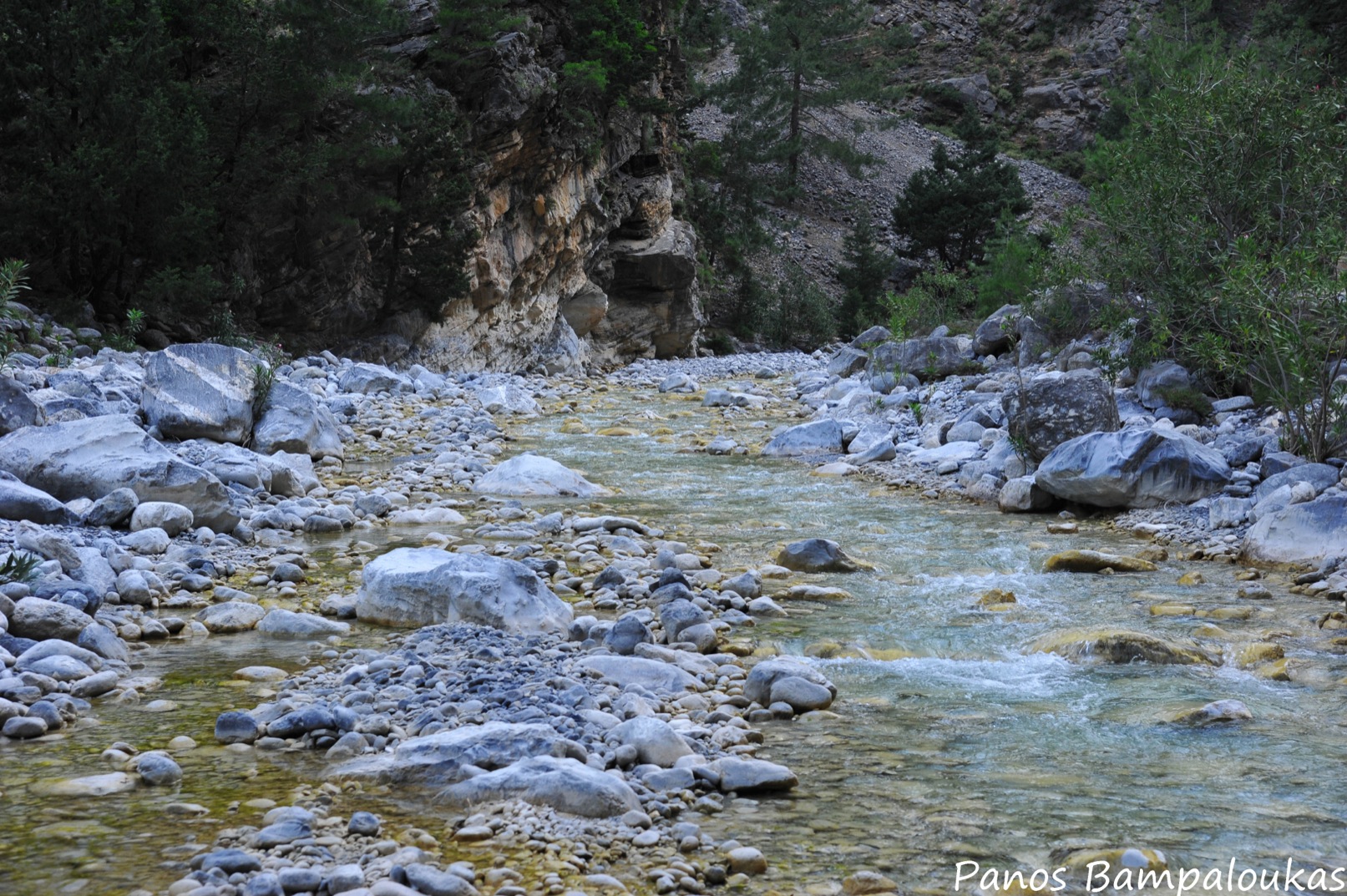 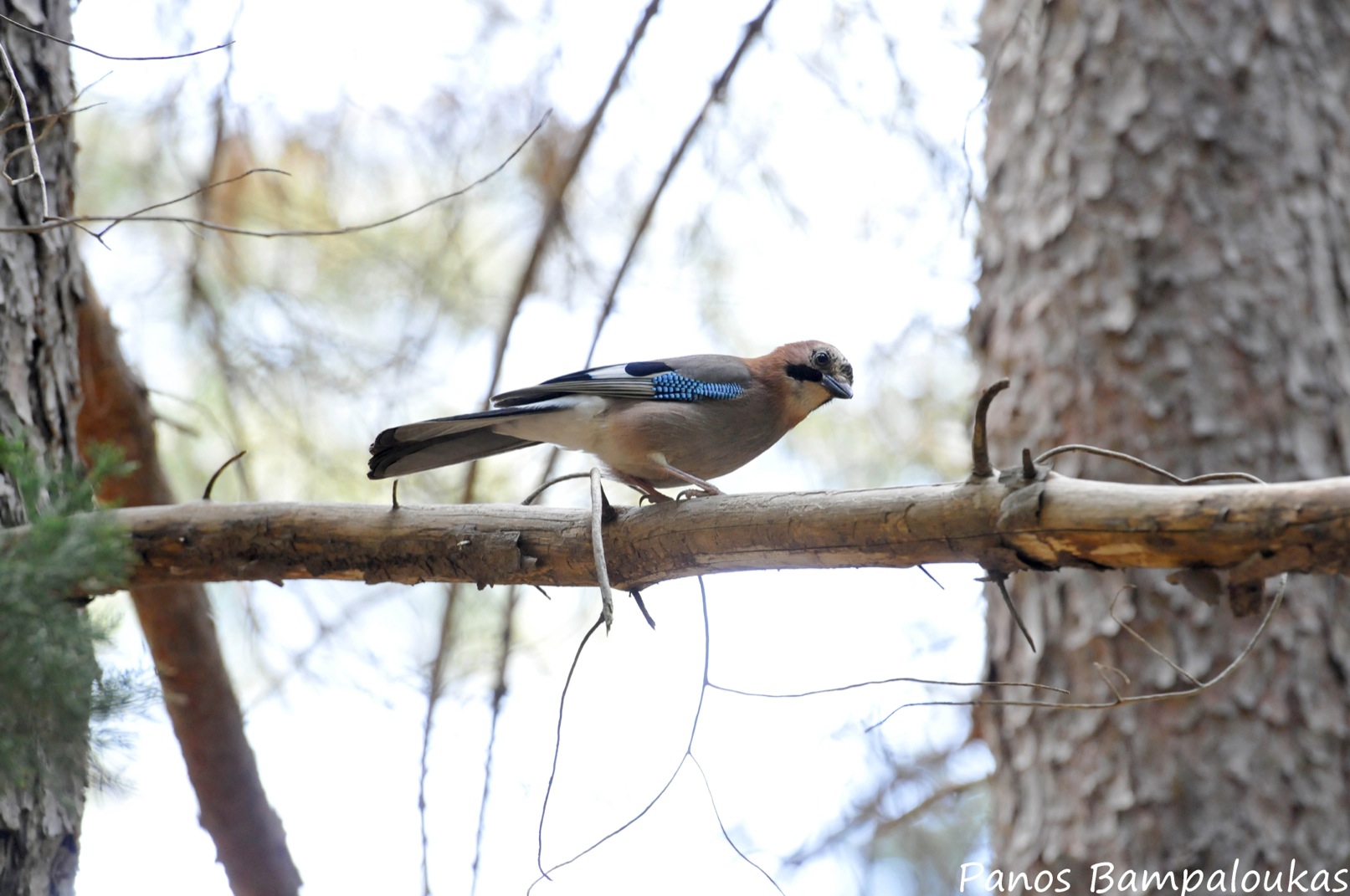