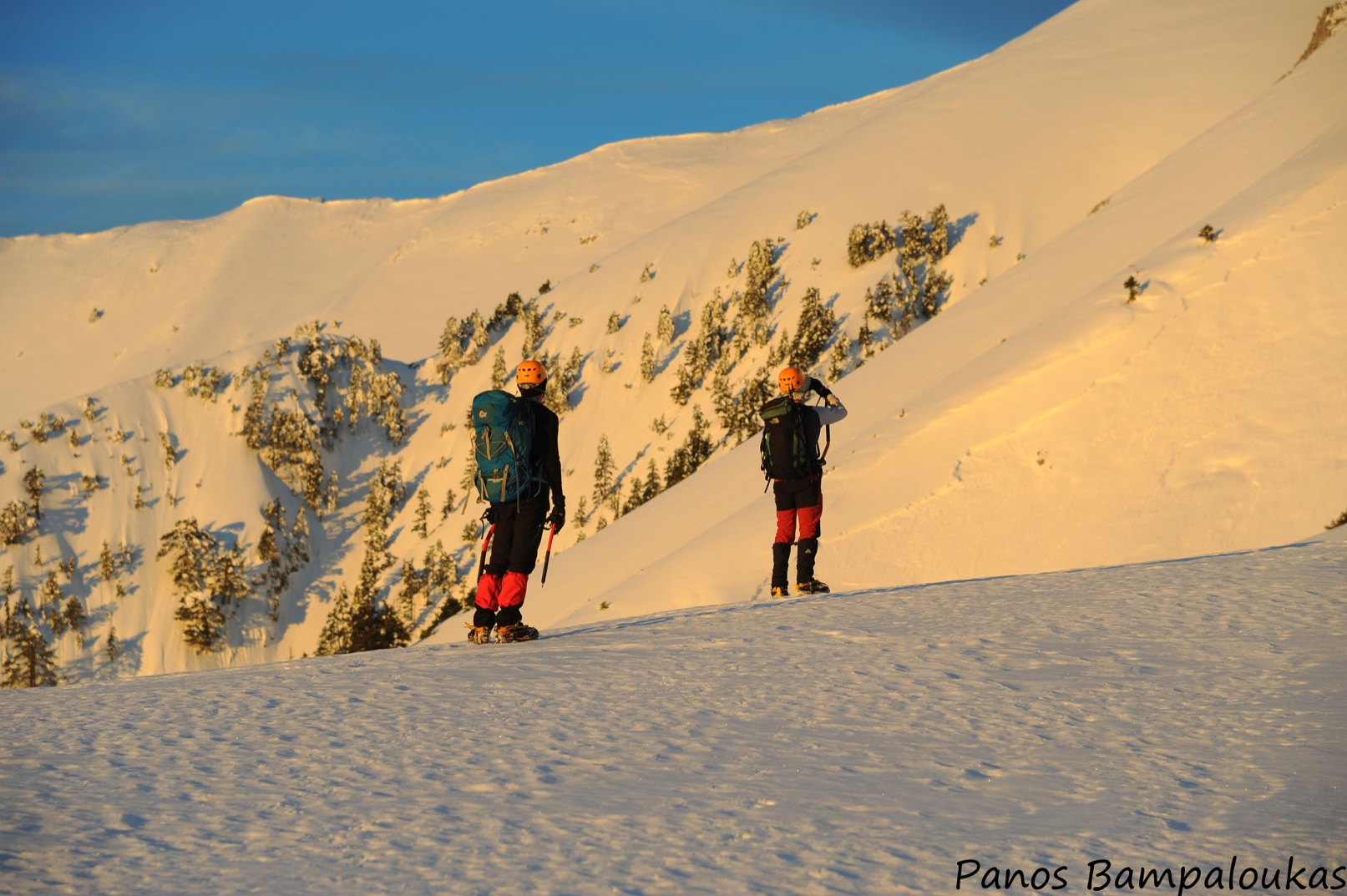 Taygetus is the highest mountain in the Peloponnese, and each year receives thousands of Greek and foreign visitors. Its length is more than 100km. and the ridge has to “offer” the climbers one of the largest alpine routes in the country. The route is known as Pentadactylos. During the winter months is covered in snow, that increases the degree of difficulty and the ascents are made only with special equipment. The most common ascent to the summit is from the villages a few kilometers away from Sparta. In summer many choose the path of Pentadaktylos and also the gorges of Rintomo and Viros. These two canyons begin from the west side and across a great deal of the mountain. A hiker in good physical condition, is able to traverse both, along the connecting path by making a circular route. Of course it takes two to three days of hard walking on river stones. 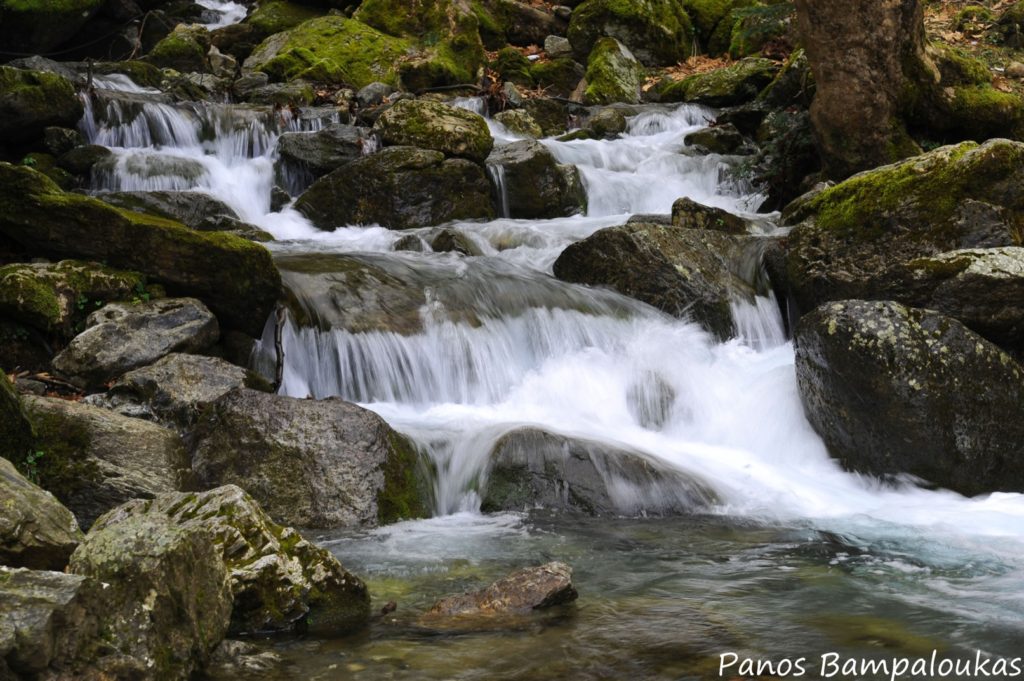 The summit of Taygetos is called Profitis Ilias (prophet Elias) and it is one of the biggest natural pyramids in the world. Every summer during the celebration of the prophet (20 of July) hundreds of visitors climb to the top to celebrate and witness the shadow of the pyramid during the sunrise. It can be hard to find a place to sleep because of the crowd. 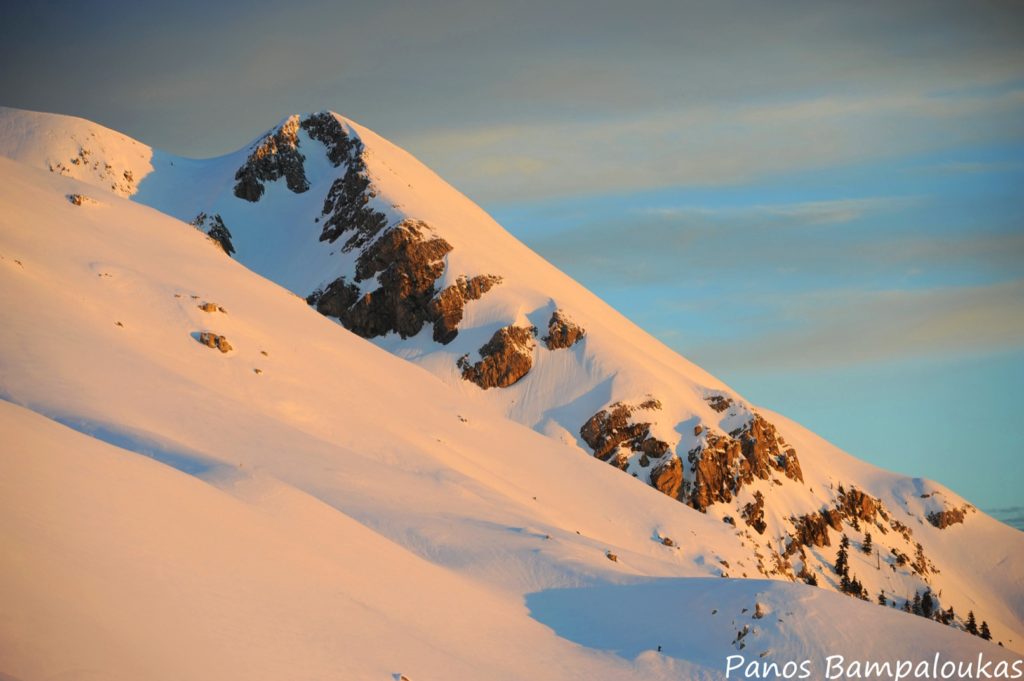 The flora is rich comprising more than 700 species including 28 which are endemic. A great part of the mountain is covered by black pines. Taygetos is the southmost part of Europe where we can witness those trees. There are also cypresses, junipers, oaks, evergreen maples (Acer sempervivens), eurasian smoketrees (Cotinus coggygria) etc. Taygetos is famous for its “mountain tea” (genus sideritis). This endemic plan which can also be found at Parnonas is endangered due to the human harvesting.

On the other hand the fauna it very limited and cannot be compared to other mountains of central or northern Greece. Despite the fact that many ancient scripts mention that there were lynxes and bears in the mountain today we can only find foxes, hares, badgers and small numbers of jackals and wild cats. The avifauna is in better shape encompassing 85 species. 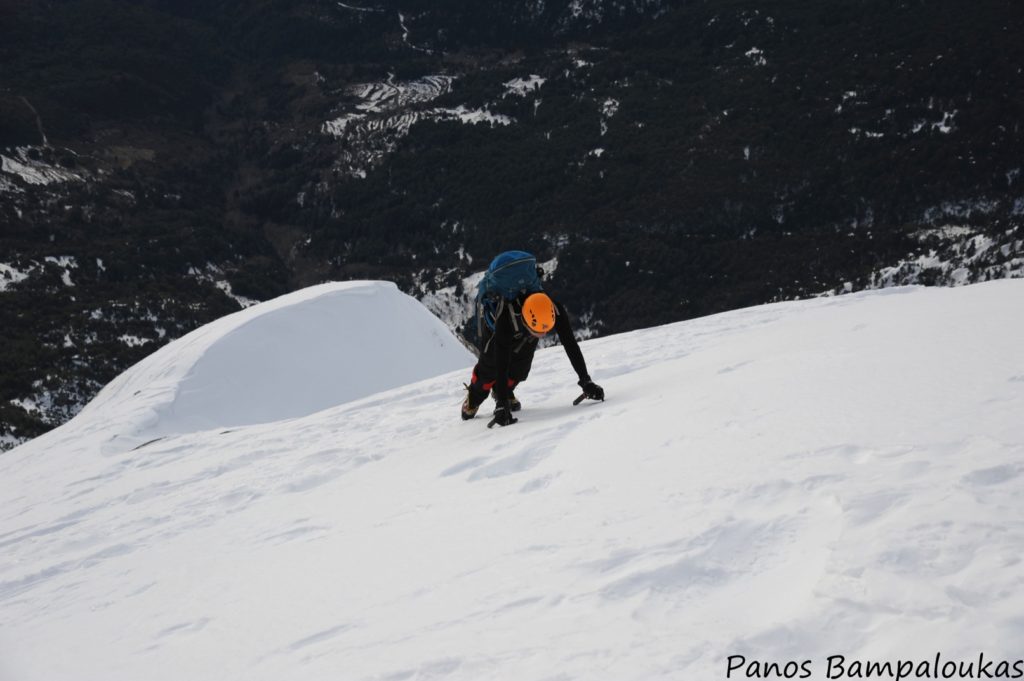 When we arrive in Sparta we follow the route that leads to southern Peloponnese. After 7 km we see on our left hand a sign that leads us to the shelter and the villages of Anogeia and Paliopanagia. We climb until the end of the asphalt road where there is a recreation area and spring with water all year round. Here begins the dirt road that leads to the shelter.

We leave the car and we enter into the trail next to a spring. As we ascend we will cross the forest road twice. The signage made by the mountaineering club of Sparta is very good and it is impossible to lose the way. We keep following the path though a dense forest of black pines; we will also see some firs. On our way to the shelter there are two springs. The first was water all year round and is found where the path turns left while the second is near the shelter on the path and during summertime can have few water. We continue having the ridge on our right. At the second spring we will meet the path E4 that goes to village Anavriti; we keep on the same trail to the left and in a few minutes we meet the forest road where we turn to the right to reach the shelter. 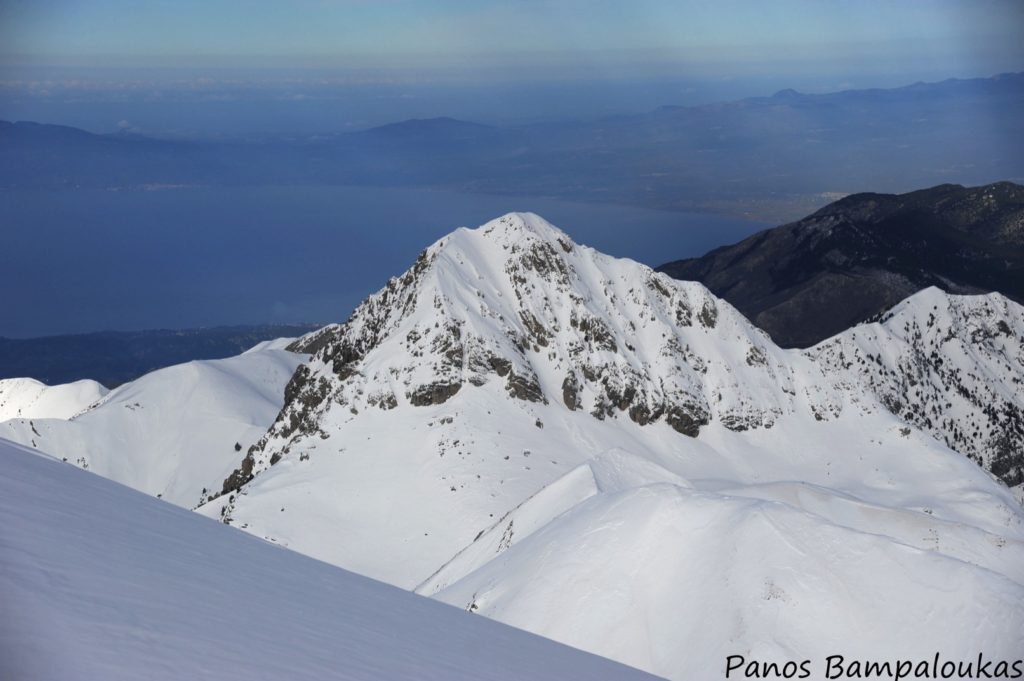 From this point on the trail keeps to the right over the shelter and crosses the last part of the forest. We cross a couloir and we climb to a steep point reaching the alpine plains. The summit is on our left but we keep to the right folloing the poles. Having done half the distance from the shelter we see over us some characteristic rocks that form two parallel strips. We ascend towards them overtaking the from the right. Then we turn to the left and we move parallel to them. Soon we will notice a ridge to our right that we need to head to. From there the top is to our left. We keep walking on the ridge until the iron pole.

From here we can see the northern ridge of the mountain which is called “Pentadaktylos”=”Five Fingers” and it is a challenge for many climbers. To the south the ridge ends at the forest of Vasiliki and the “Annina” top. To the West we see the top “Halasmeno”=”Spoiled” which measures 2203m. It is the hardest top to climb.

The route takes about 5 hours just to climb. 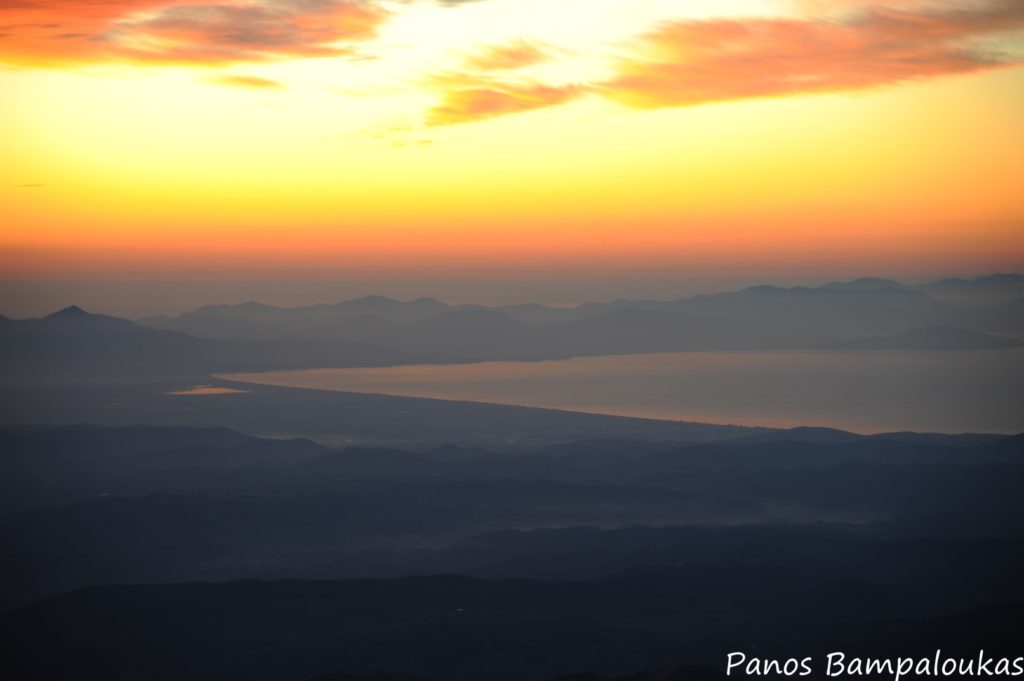 Taygetos shelter – summit Profitis Elias
From the shelter we can move to the top vertically, avoiding the path that goes to the right. We need to move towards the west to the forest above the shelter. The route is steep and it is without signs. We should keep moving towards the summit. After an hour we will reach a plateau where we can see the south ridge of the mountain.

From this point start the hardest part of the route. We climb to the left of the slope near the rocks. The gradient becomes bigger and is tiring. During the winter months the use of special equipement is mandatory. We keep ascending until a point that is near a cliff to the left. After this the route becomes less steep until we reach the summit.

The ascend takes about 2 hours and elevation difference is 800m 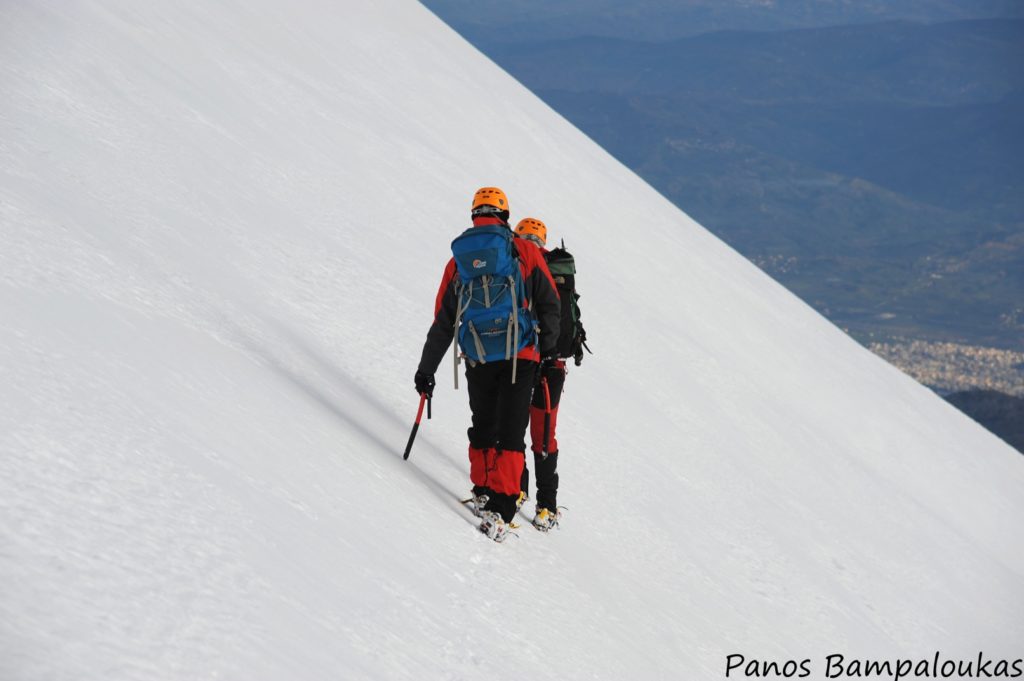 Local history
Taygetos took it name from Taygeti which was one of the 7 daughters of Altas and Pleione. According to the myth, Taygeti was forced to make love with Zeus. Their son was Lakedainon which gave his mother name to the mountain after she commited suicide.

The name Pentadakylos (Five Fingers) during the Byzantine years reflects the five tops of the ridge.

Nearby sights
Around the mountain there are numerous villages worth to be visited. At the mountain village of Arna takes place the chestnut festival with lots of visitors. There are also touristic villages next to the sea like Stoupa and Kardamyli. The famous gorge of Vyros starts for the latter. Another calmer place next to the sea is Kitries. The gorge of Rintomo starts nearby. The two biggest cities around are Kalamata and Sparta. Kalamata is next to the sea and is more touristic; Sparta is far from the sea but is more suitable as a base to explore Taygetos and nearby Parnon. The road that links the two cities through the mountain is magnificent and passes next to Mystras which is the best preserved medieval -Byzantine archaeological site in Greece.

Ski
There are no ski centers in the mountain. 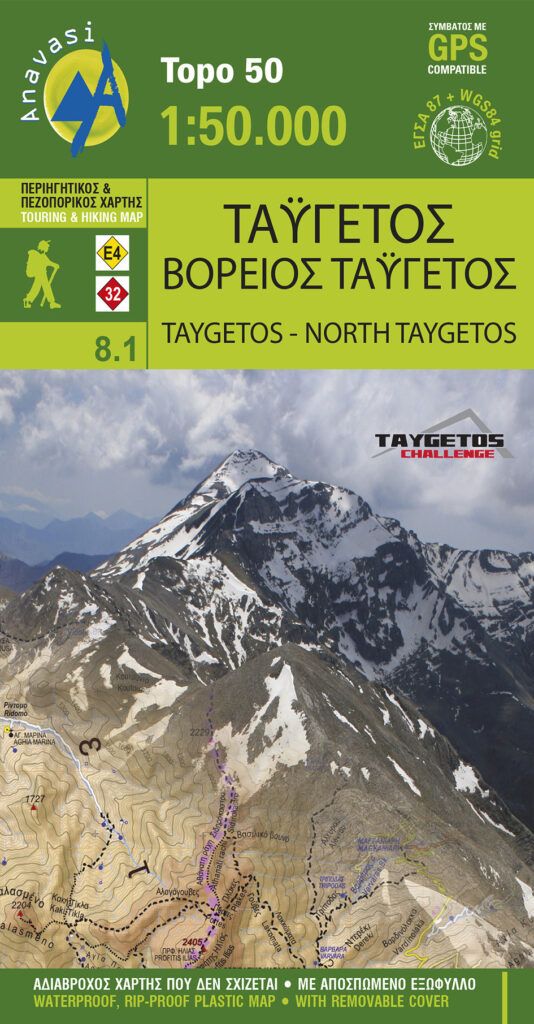 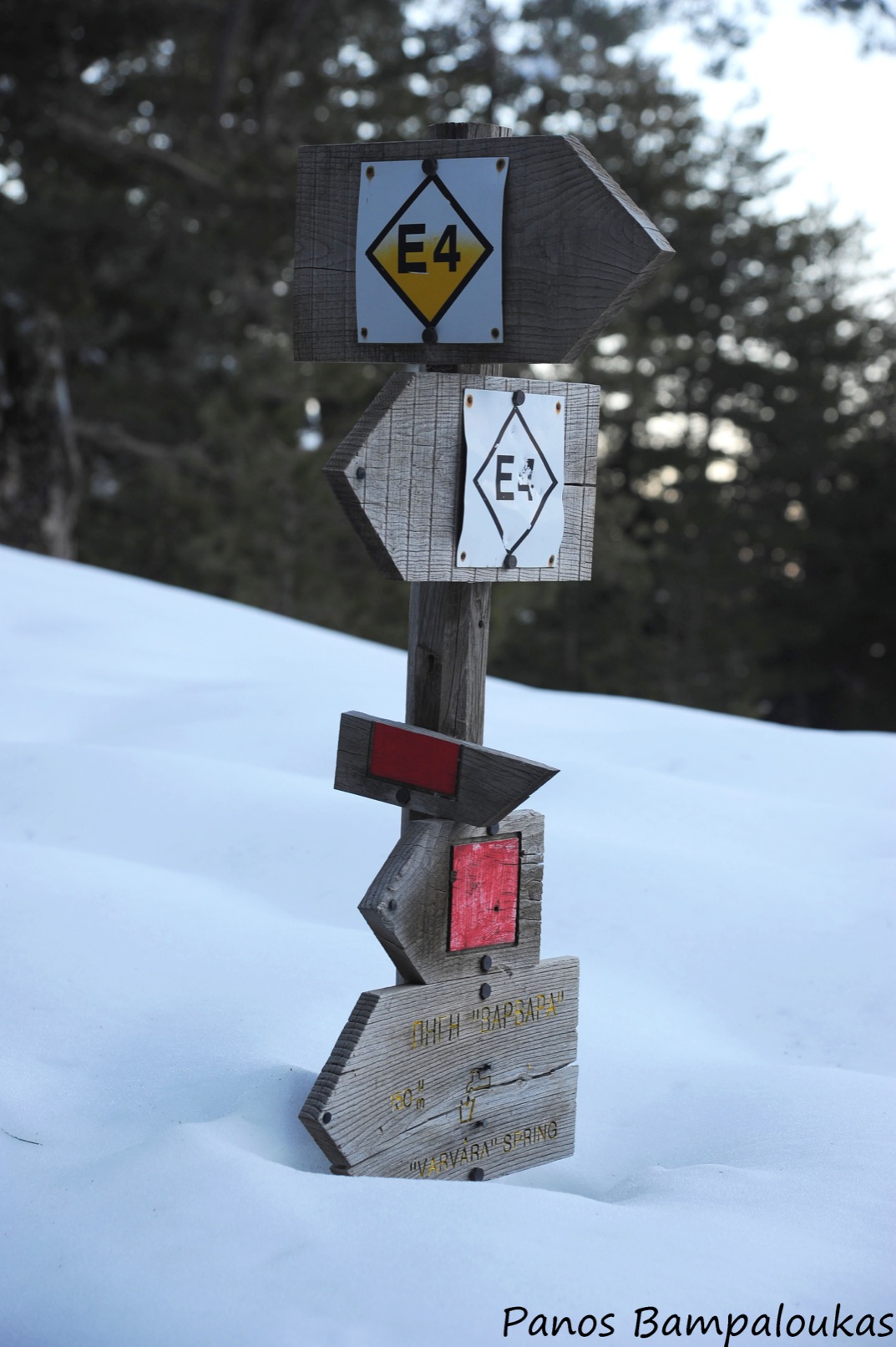 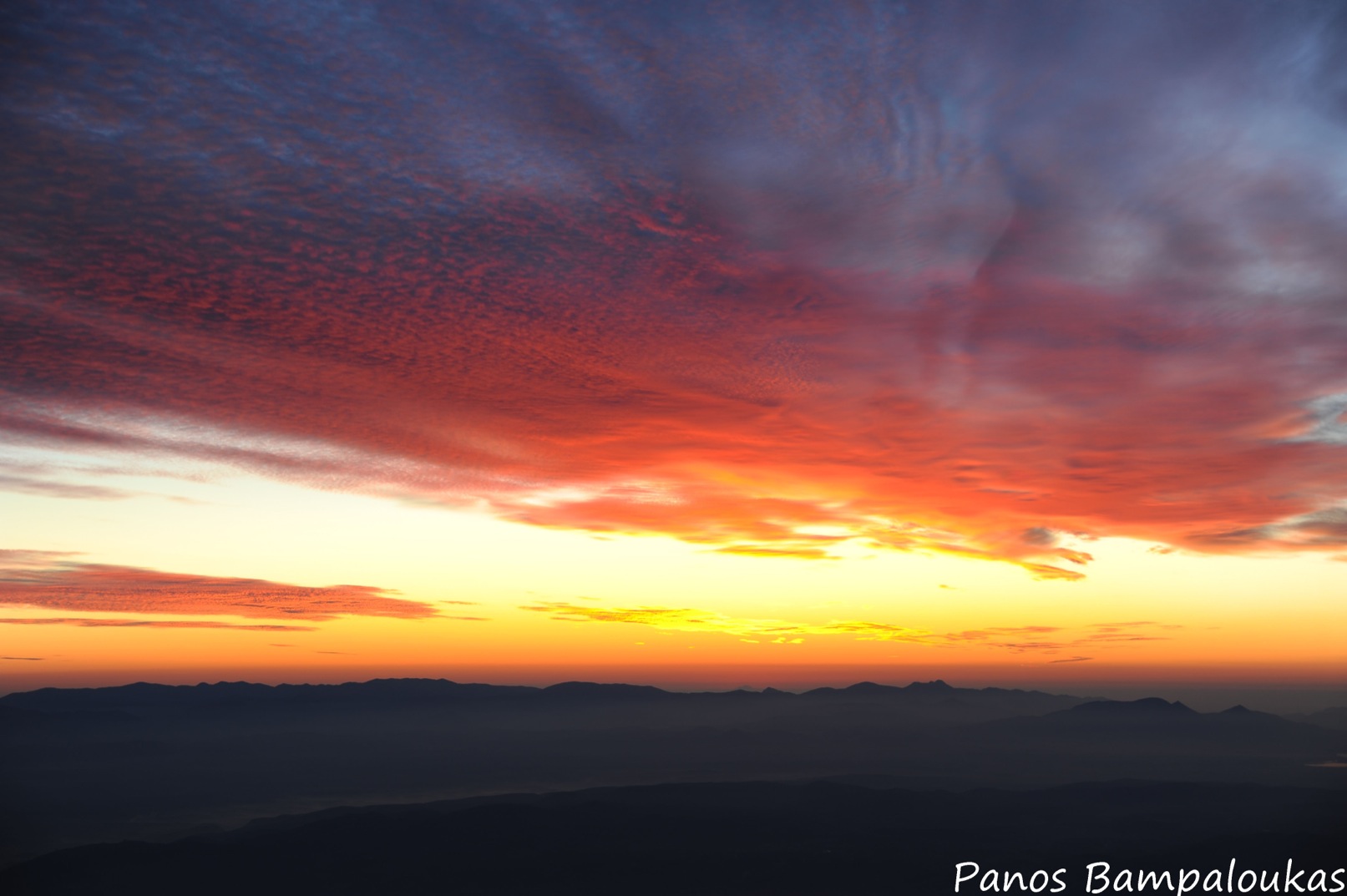 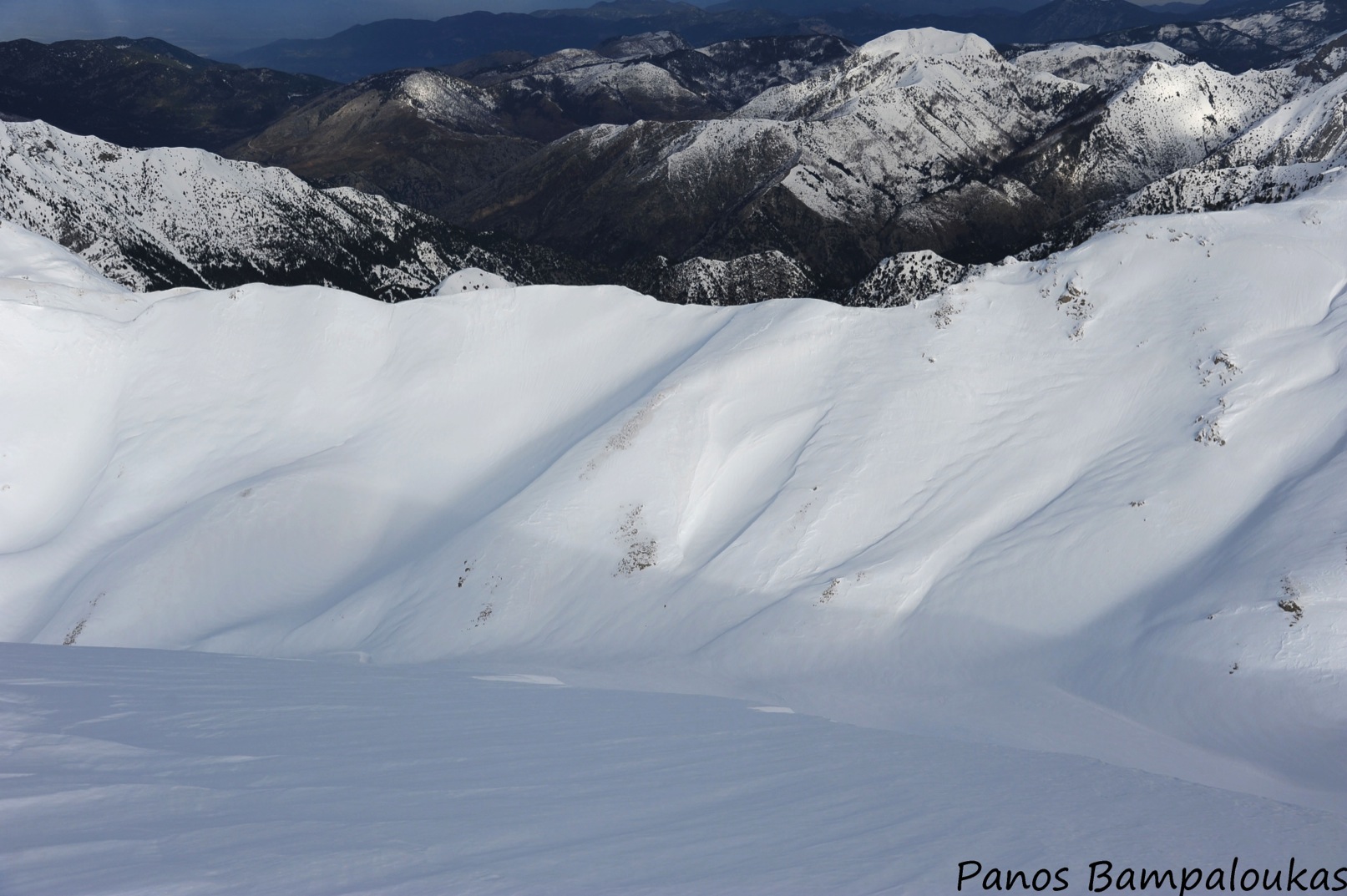 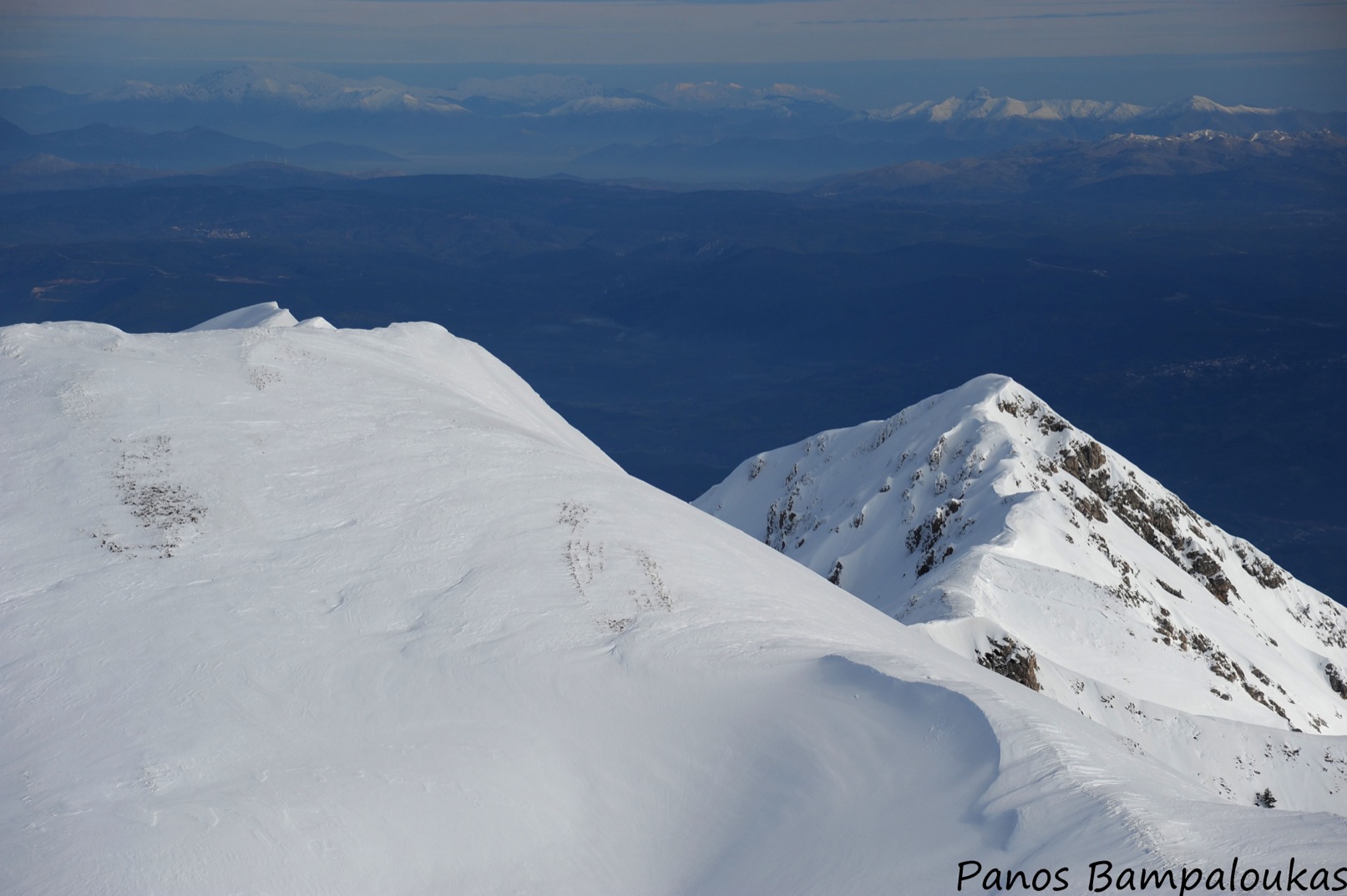 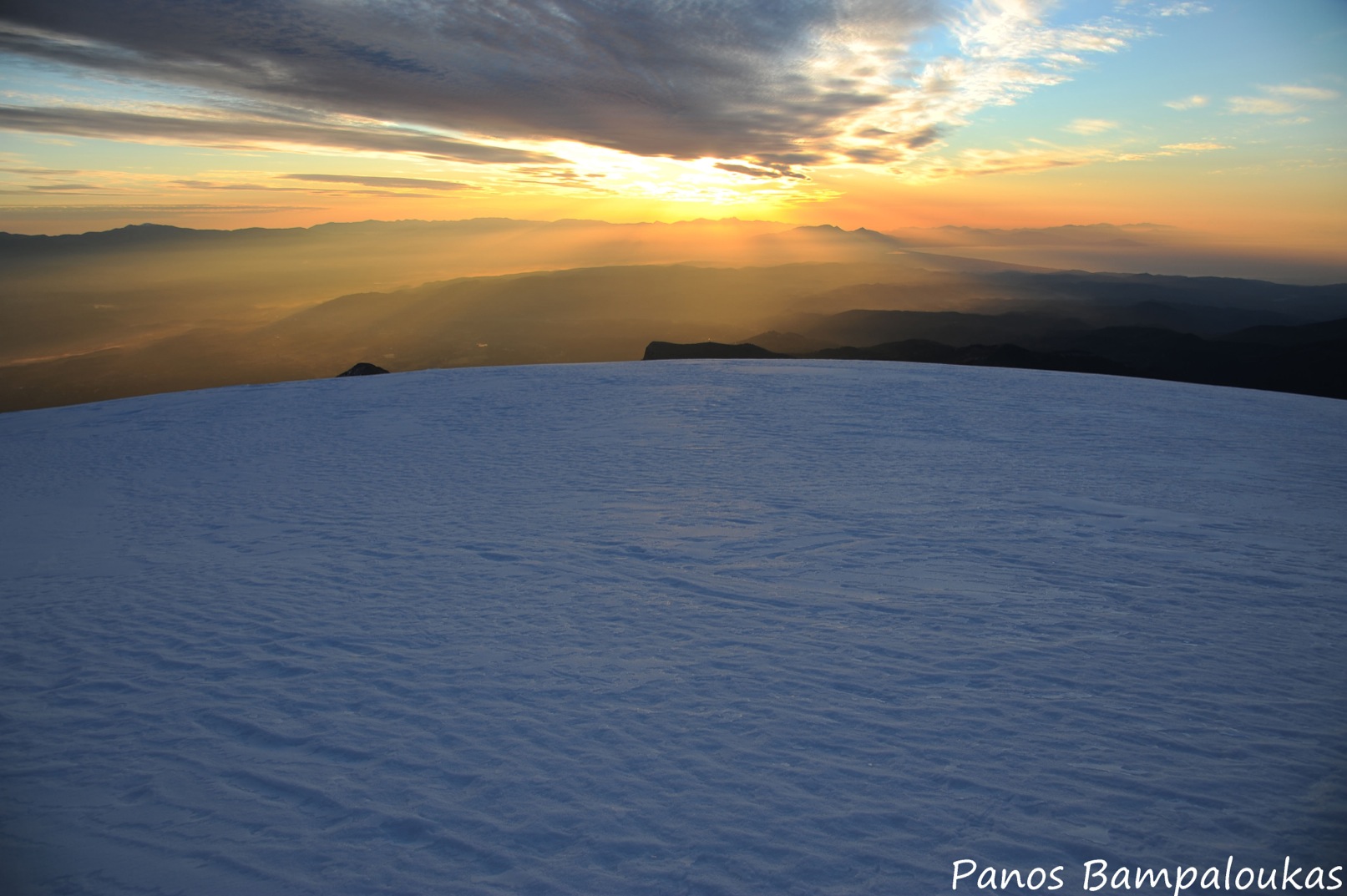 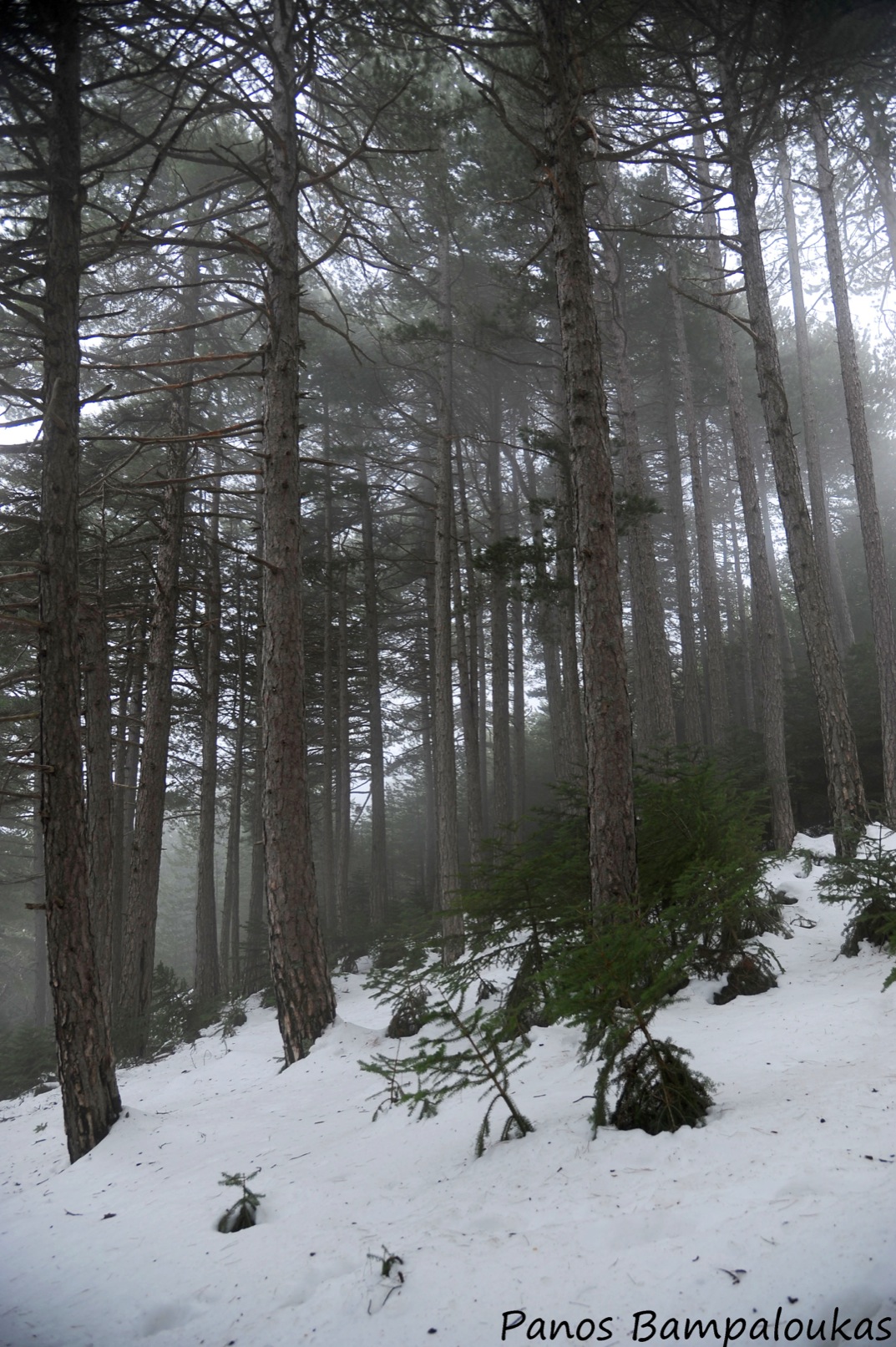 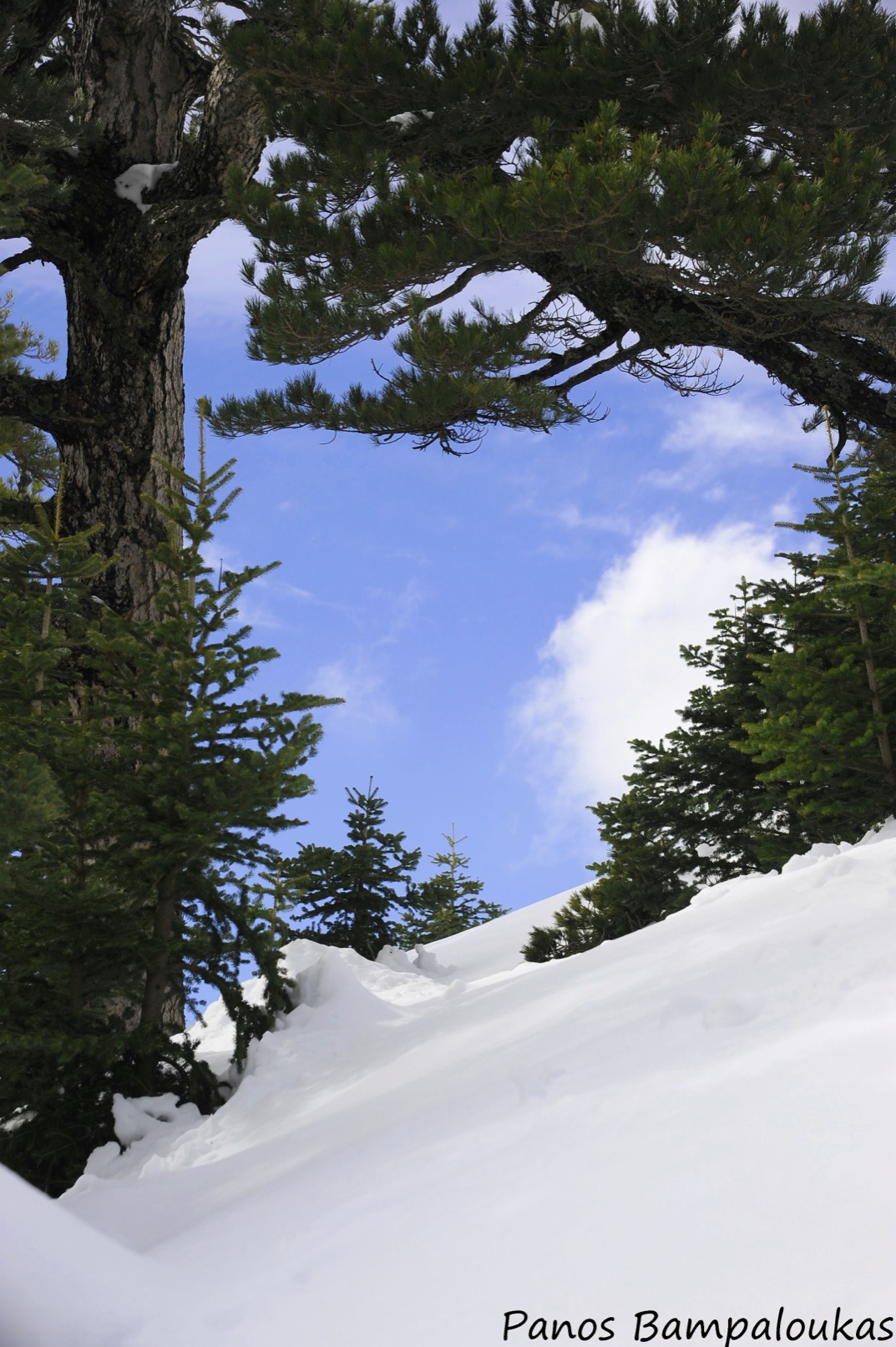 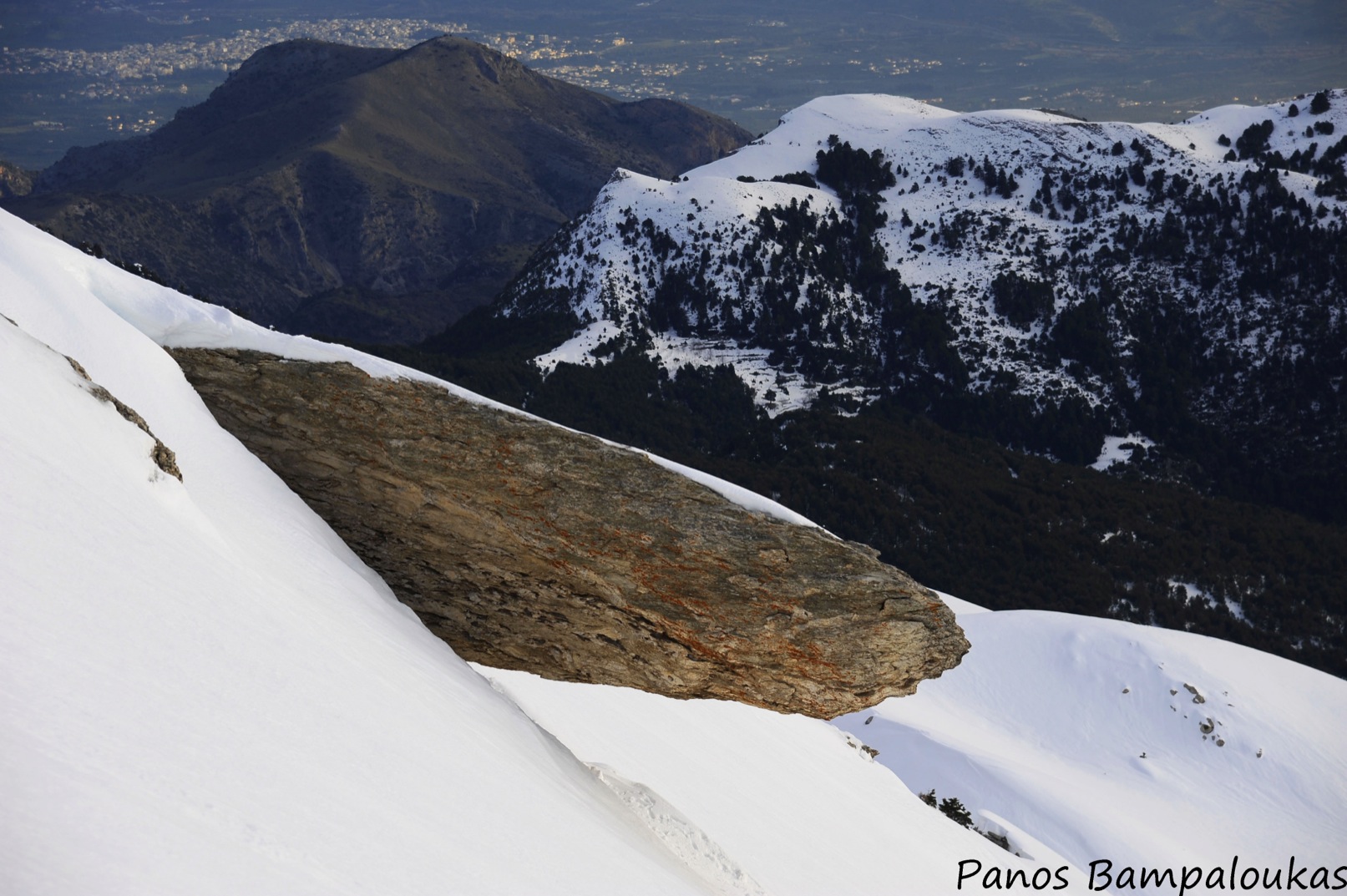 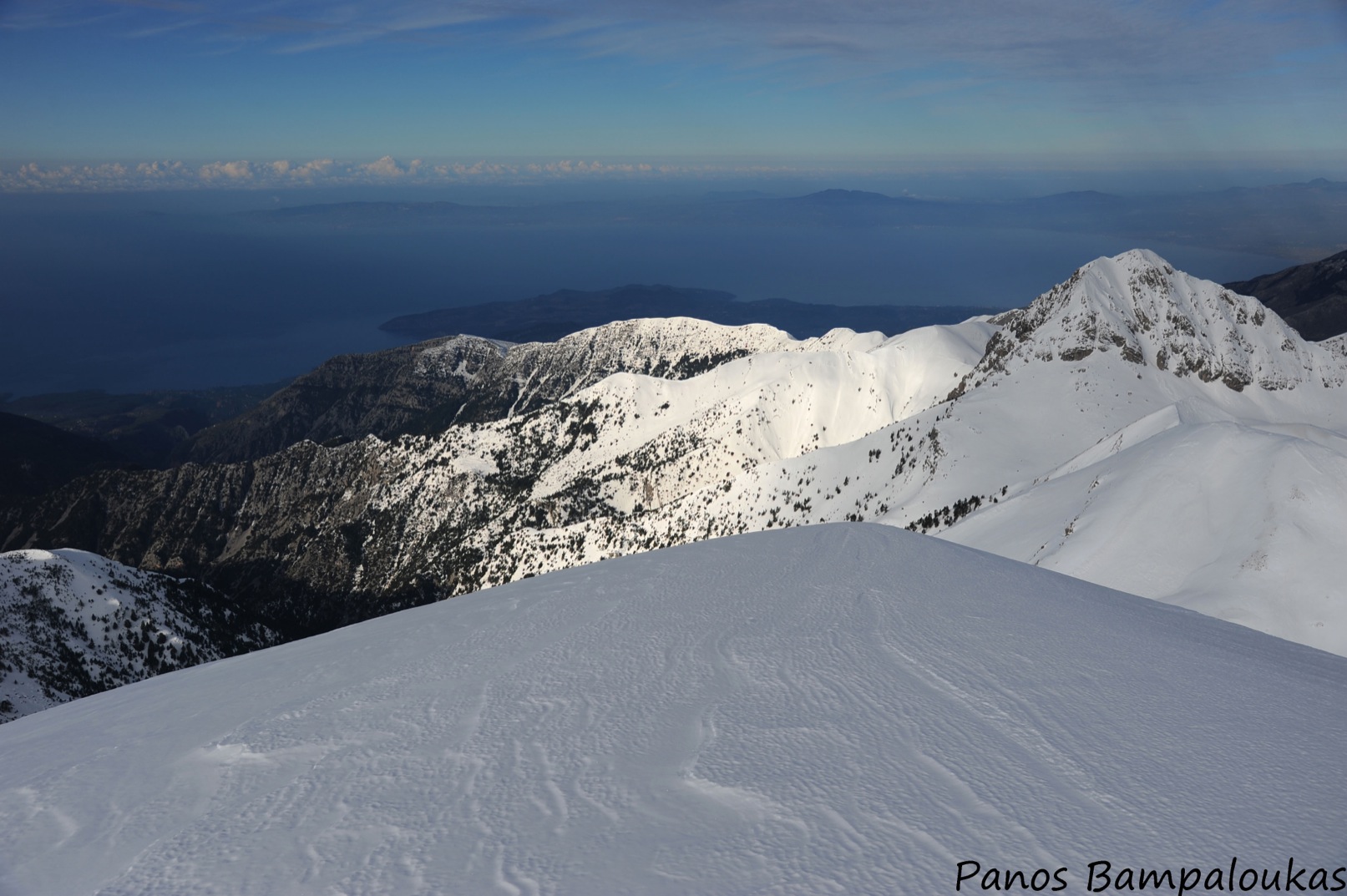 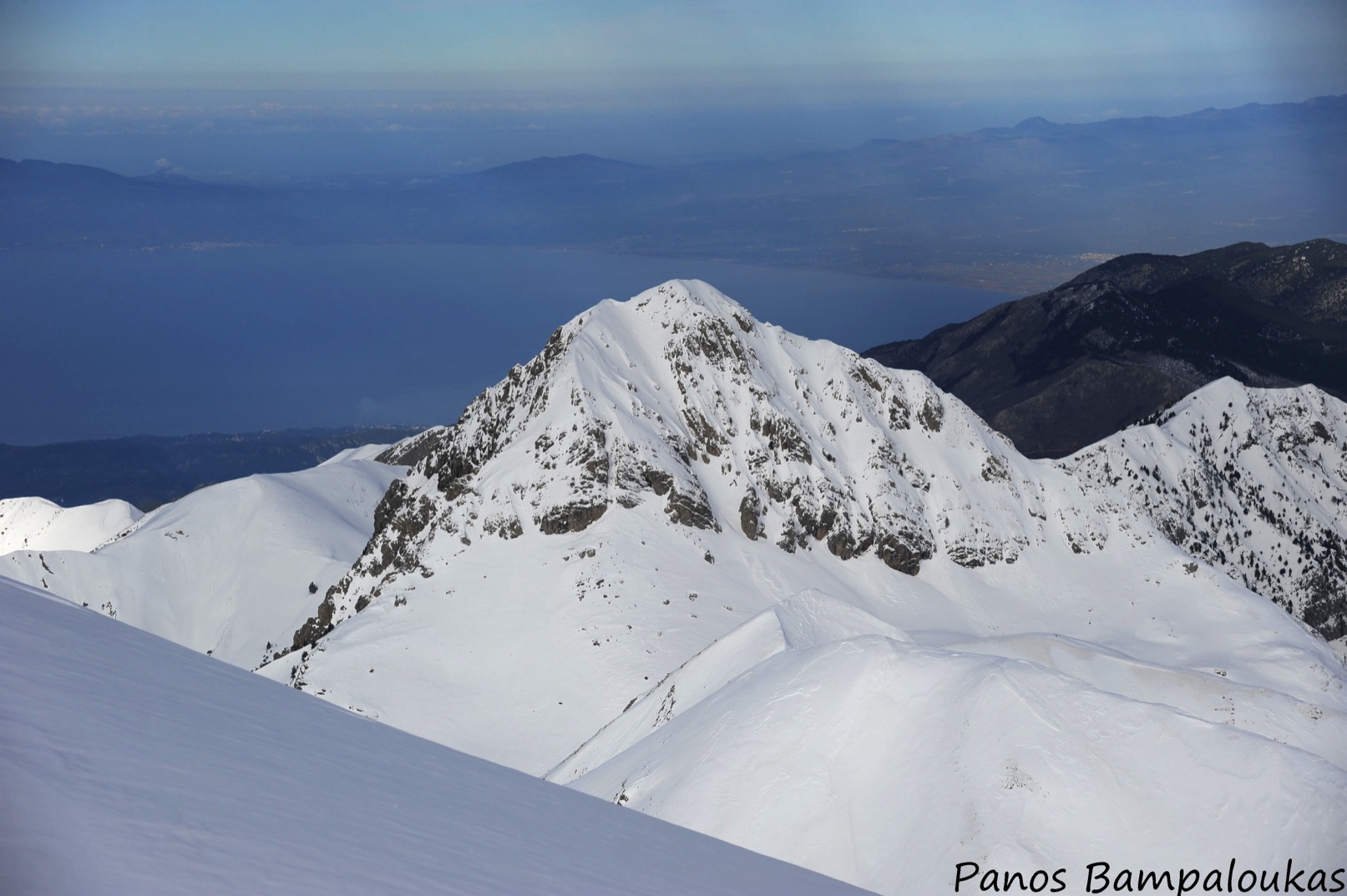 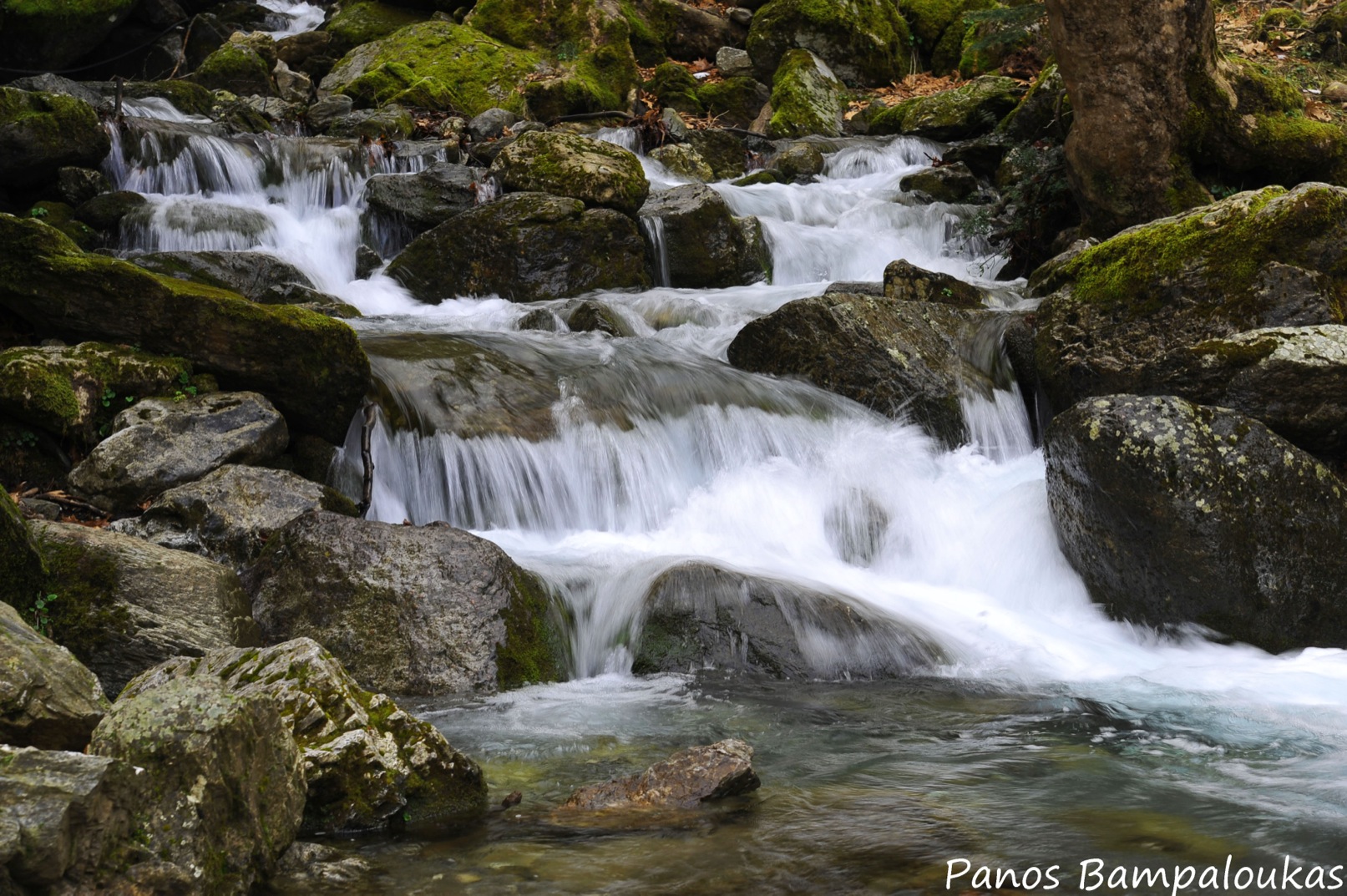 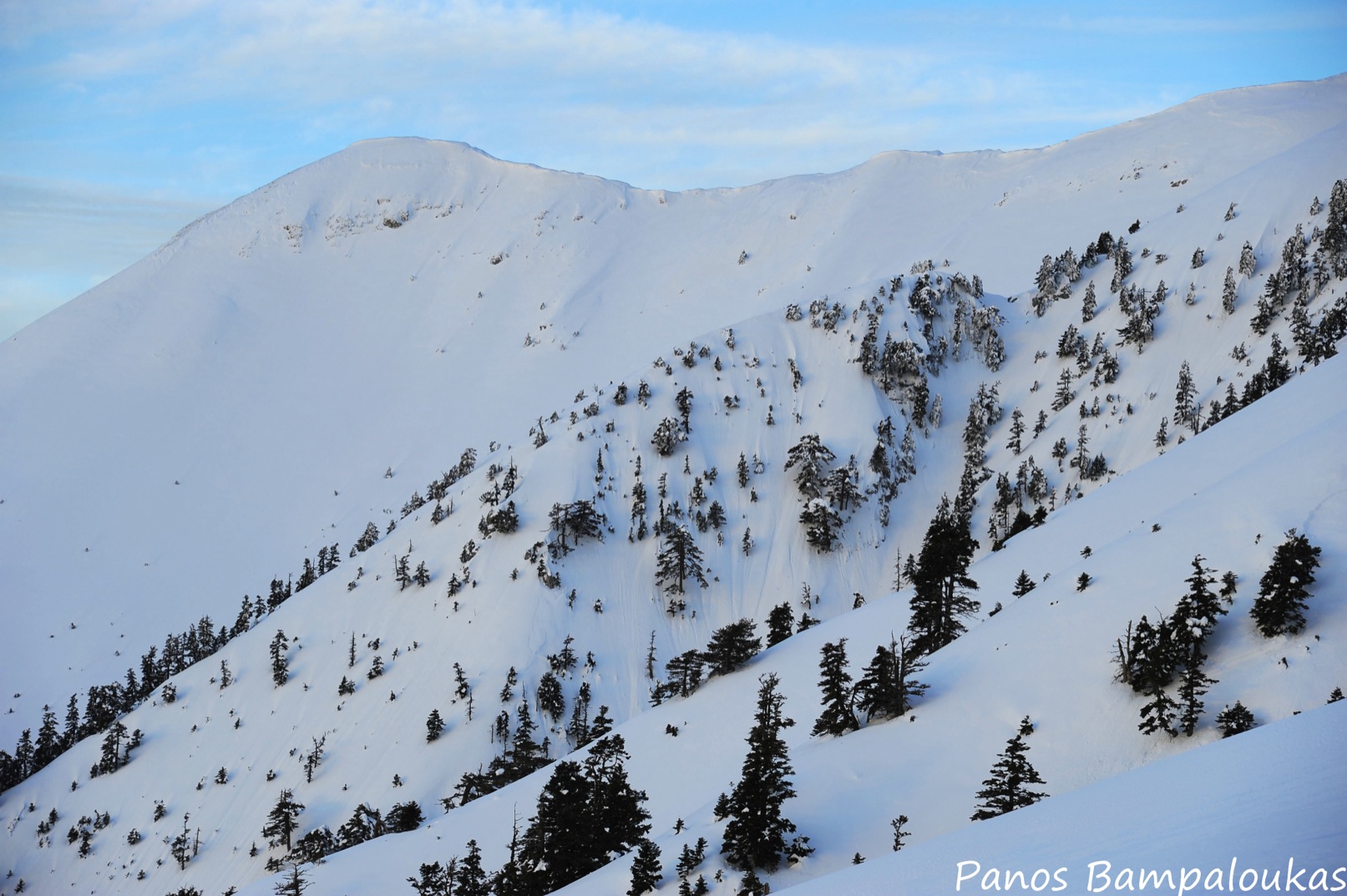 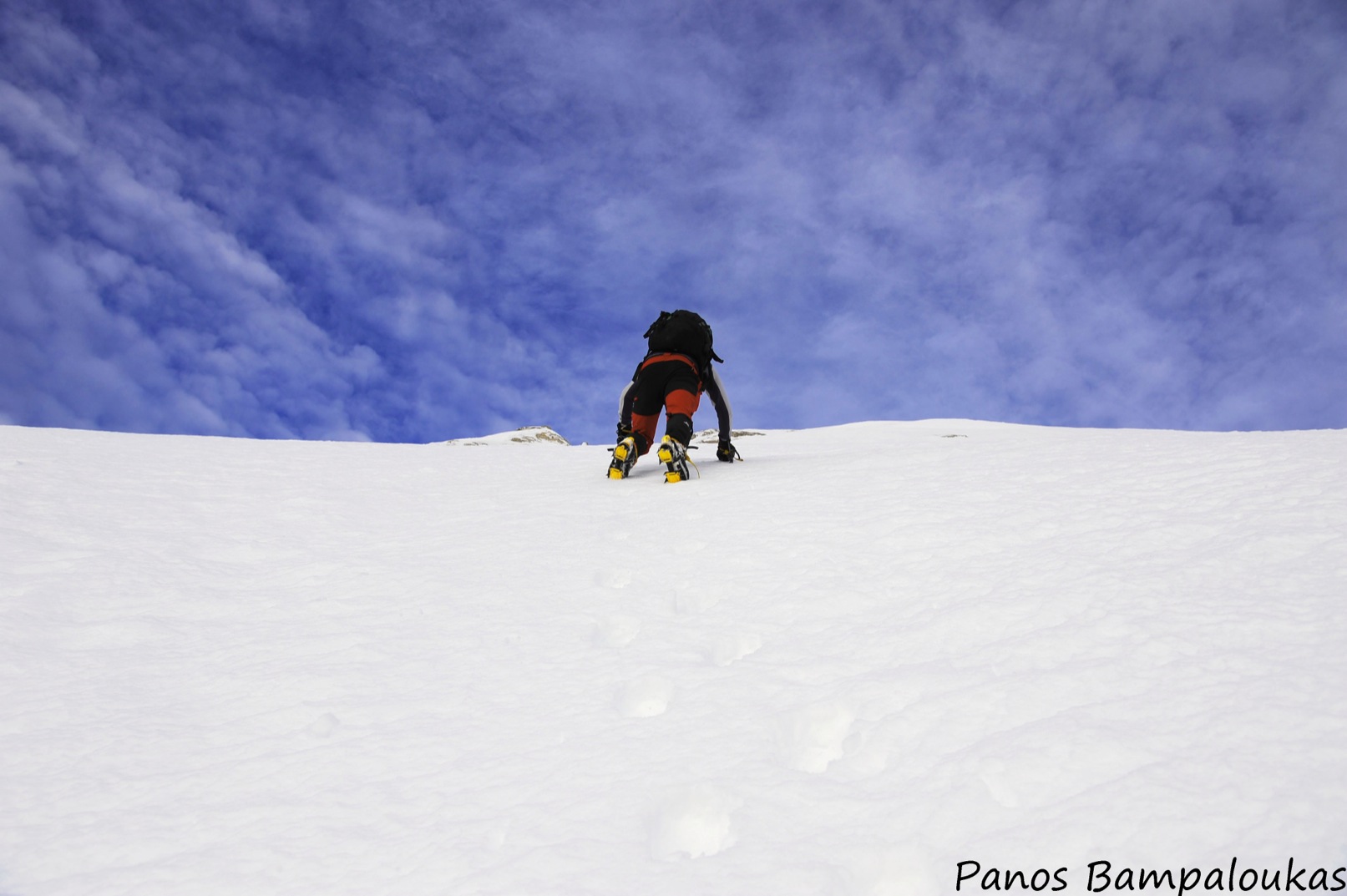 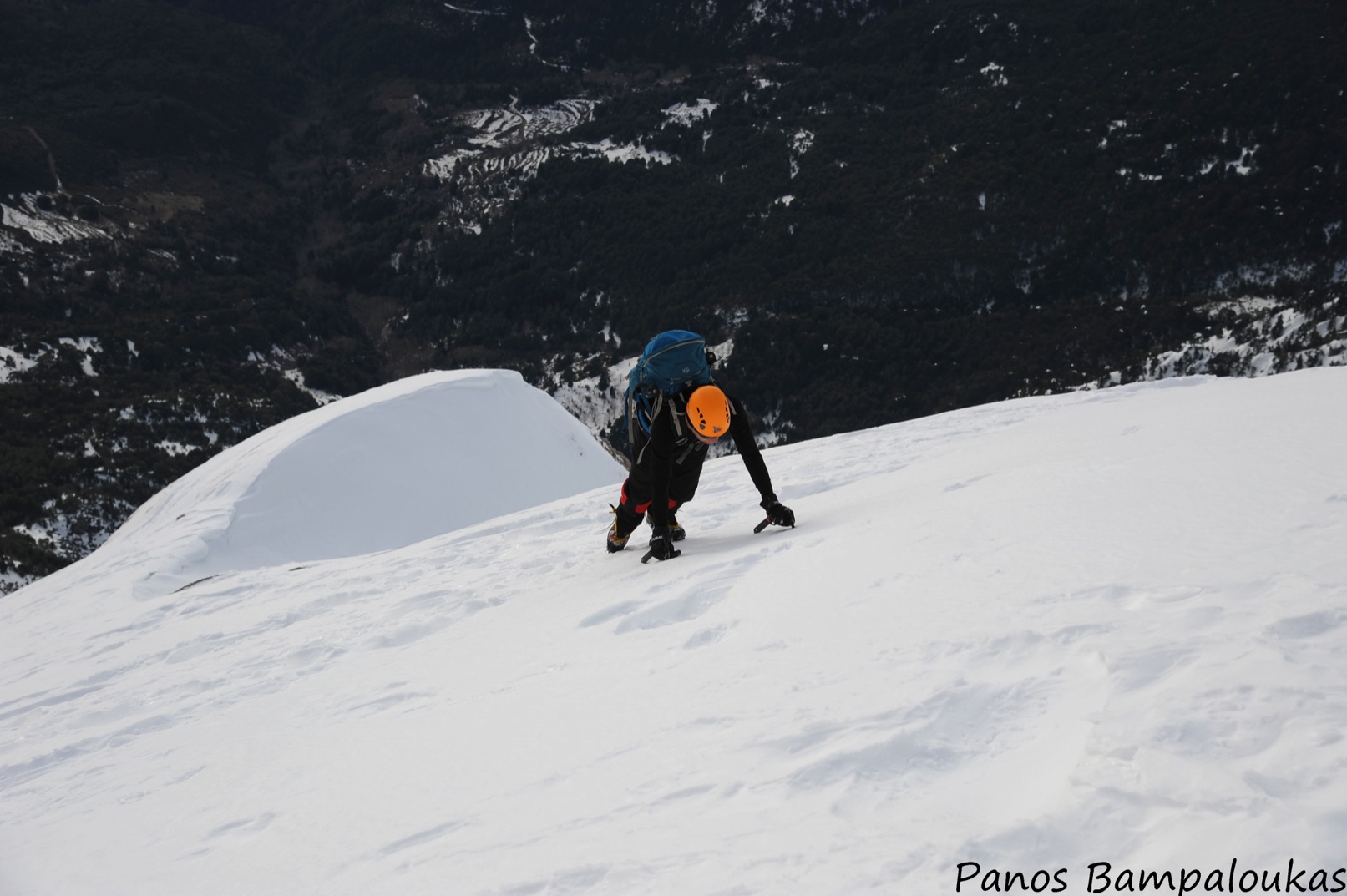 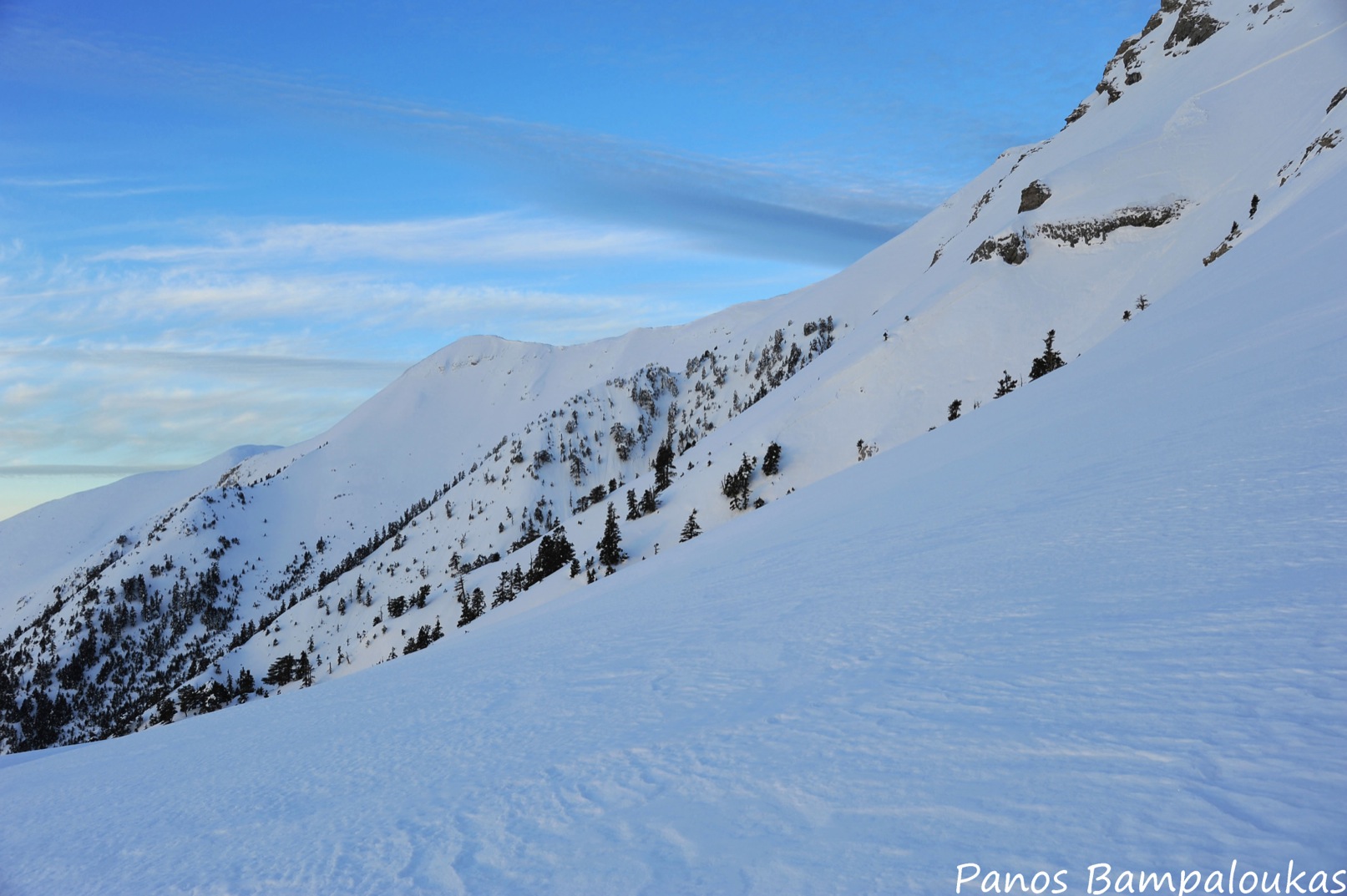 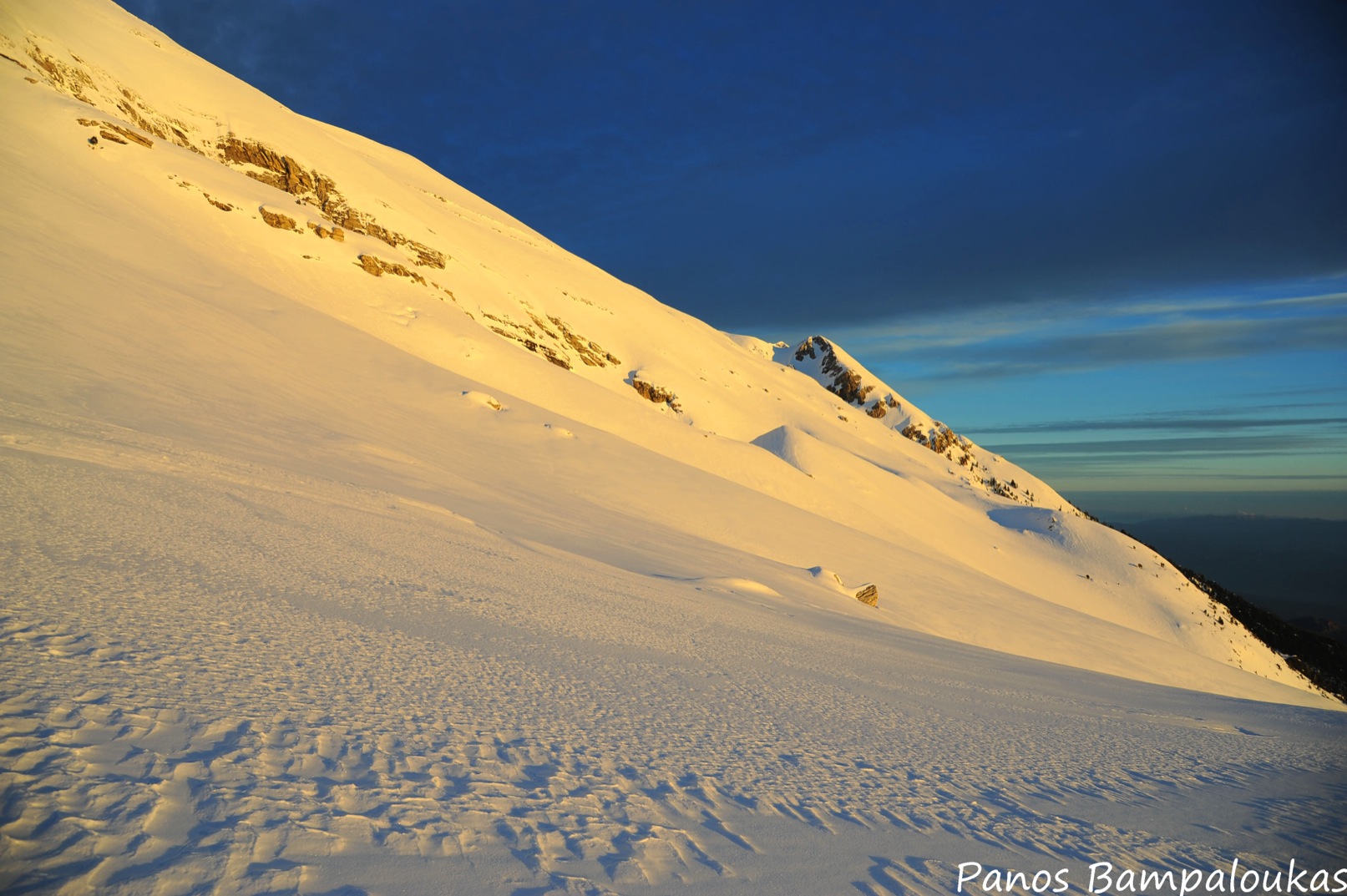 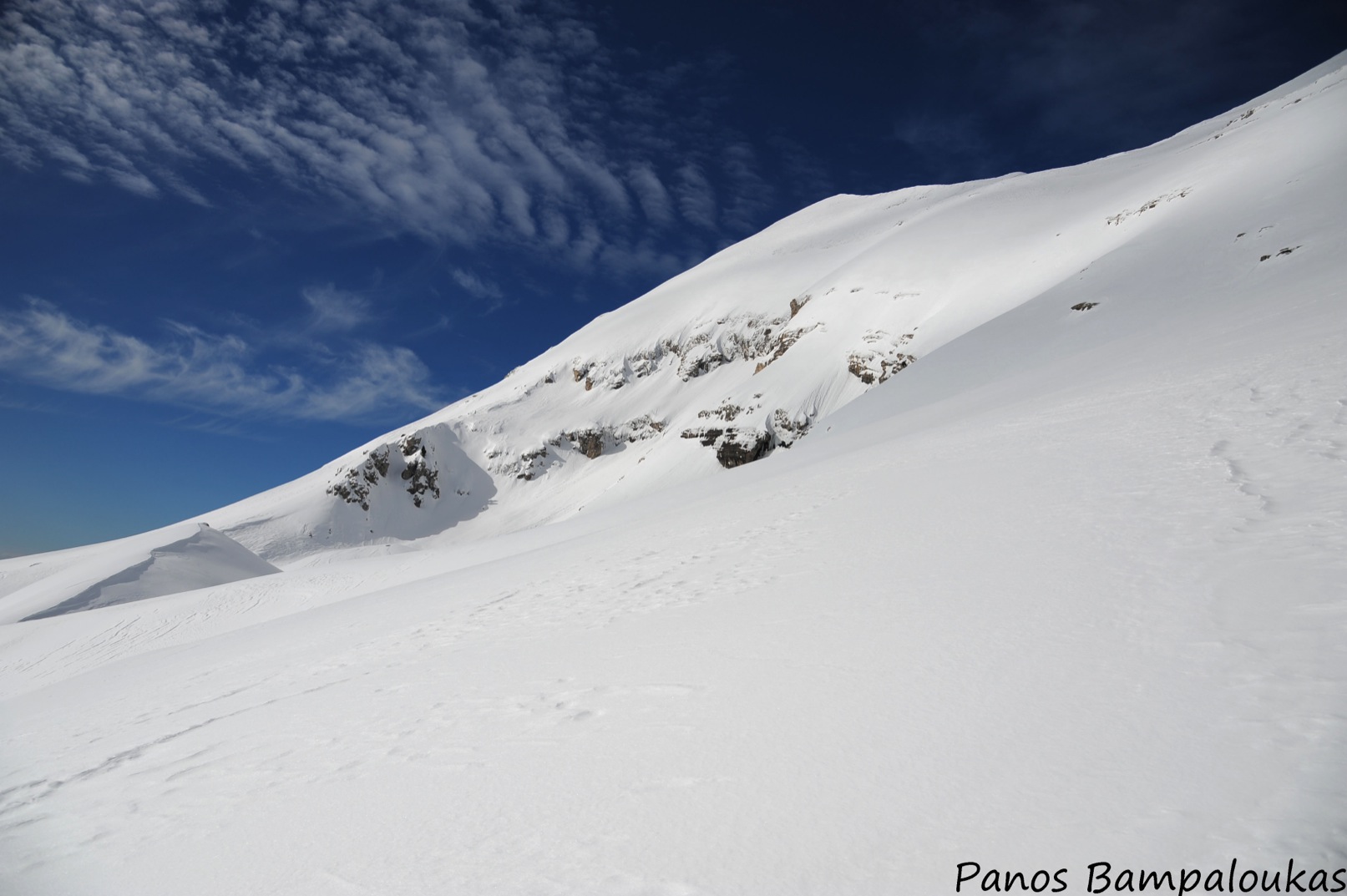 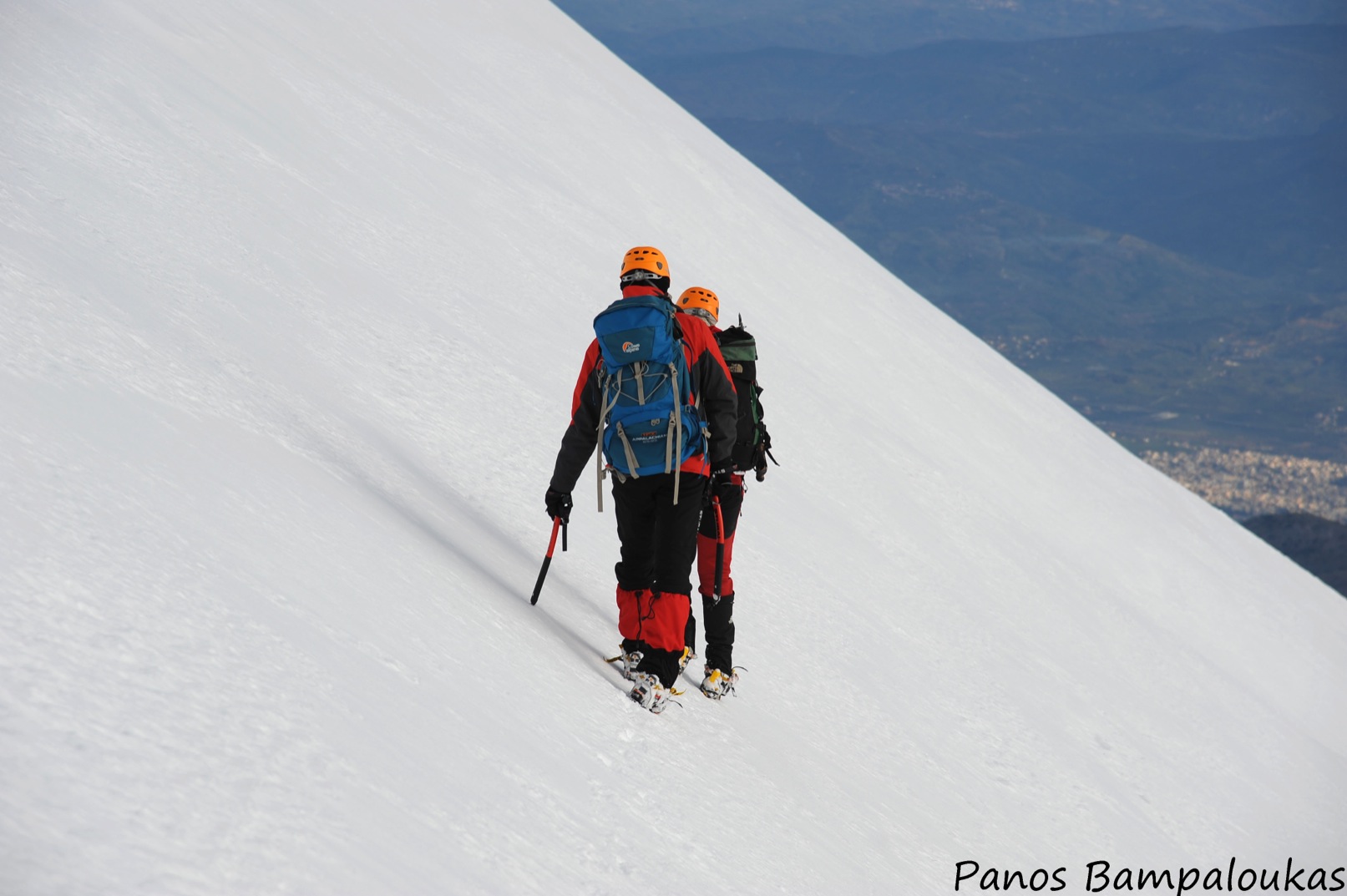 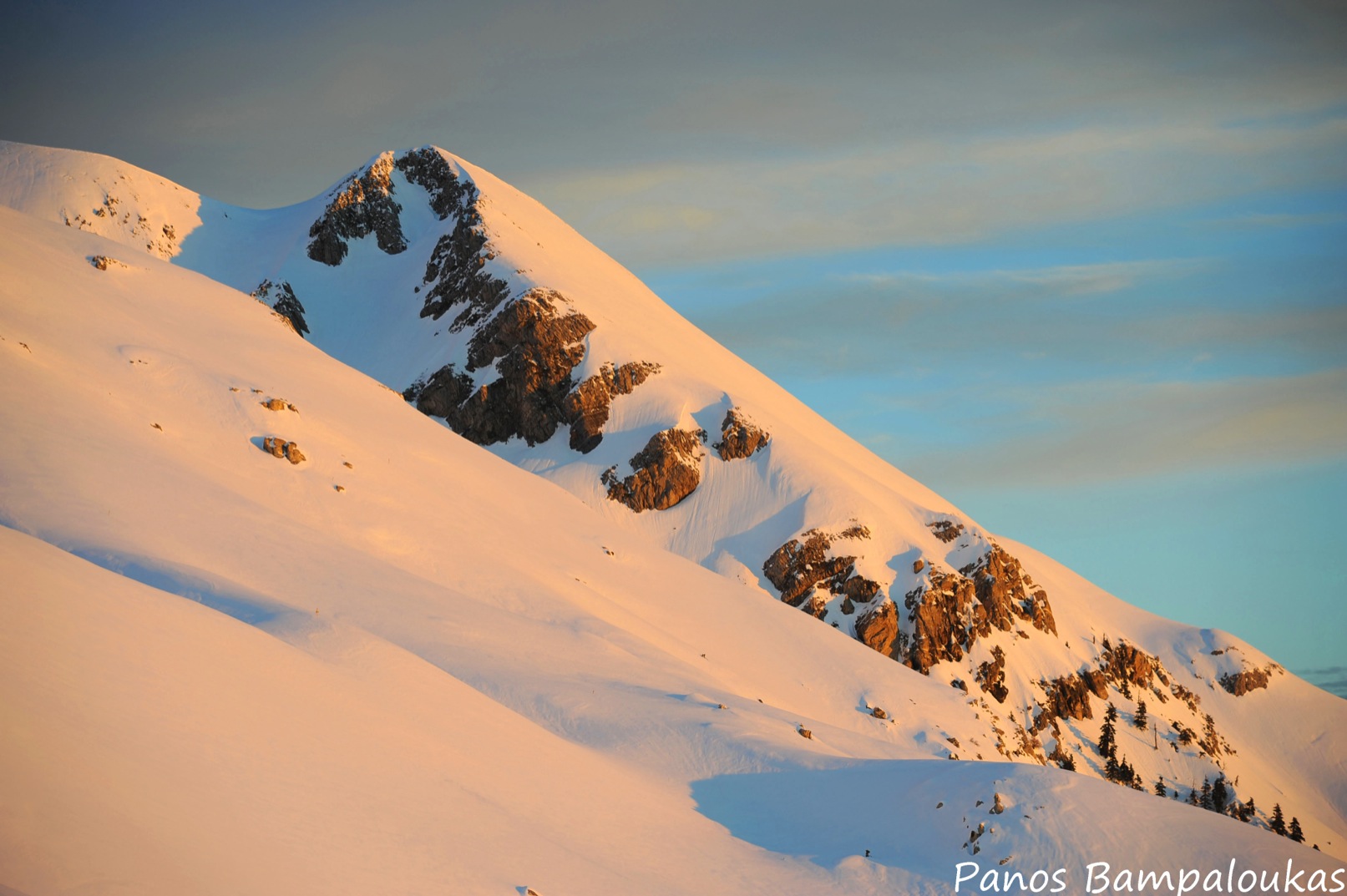 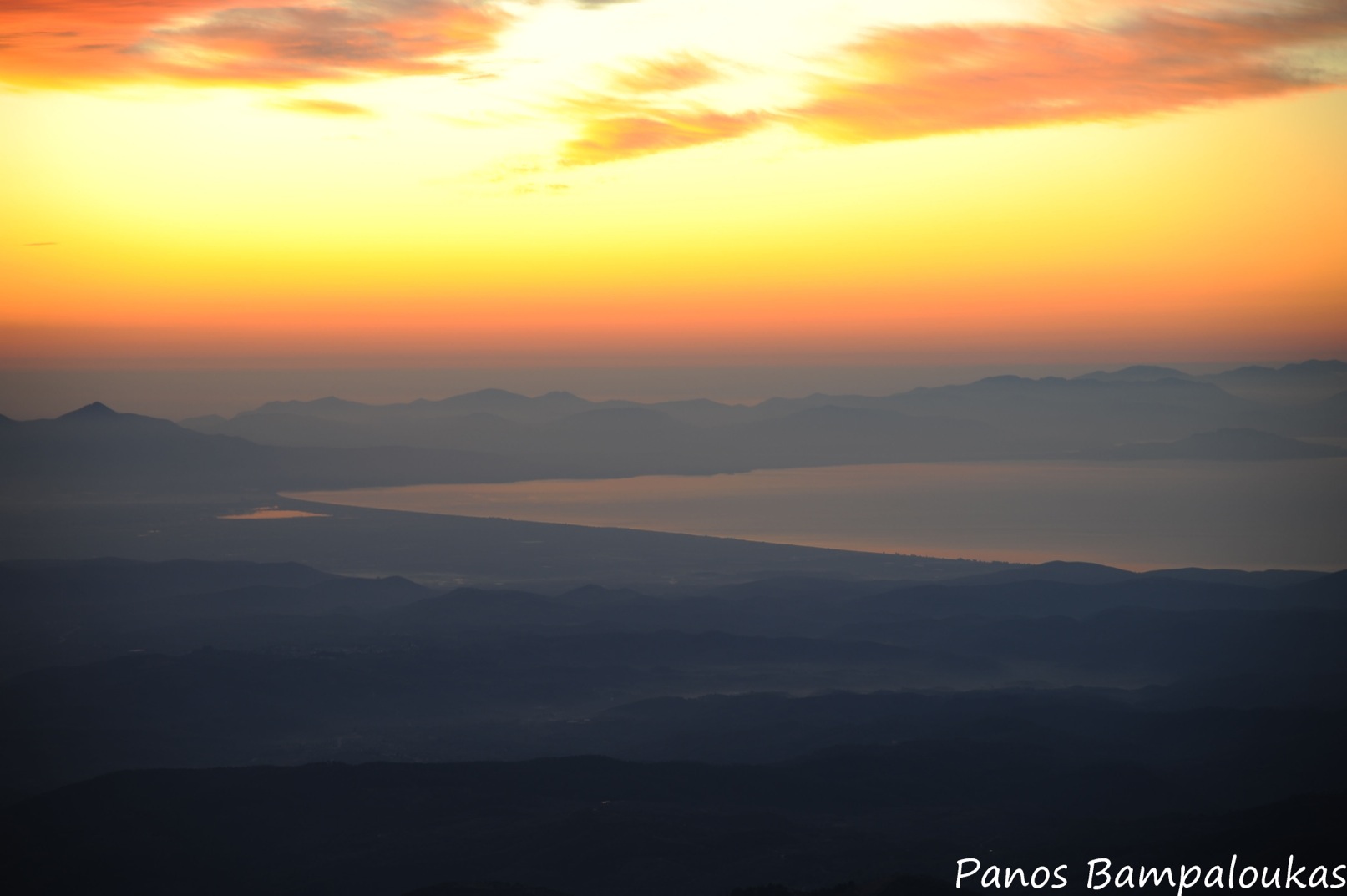 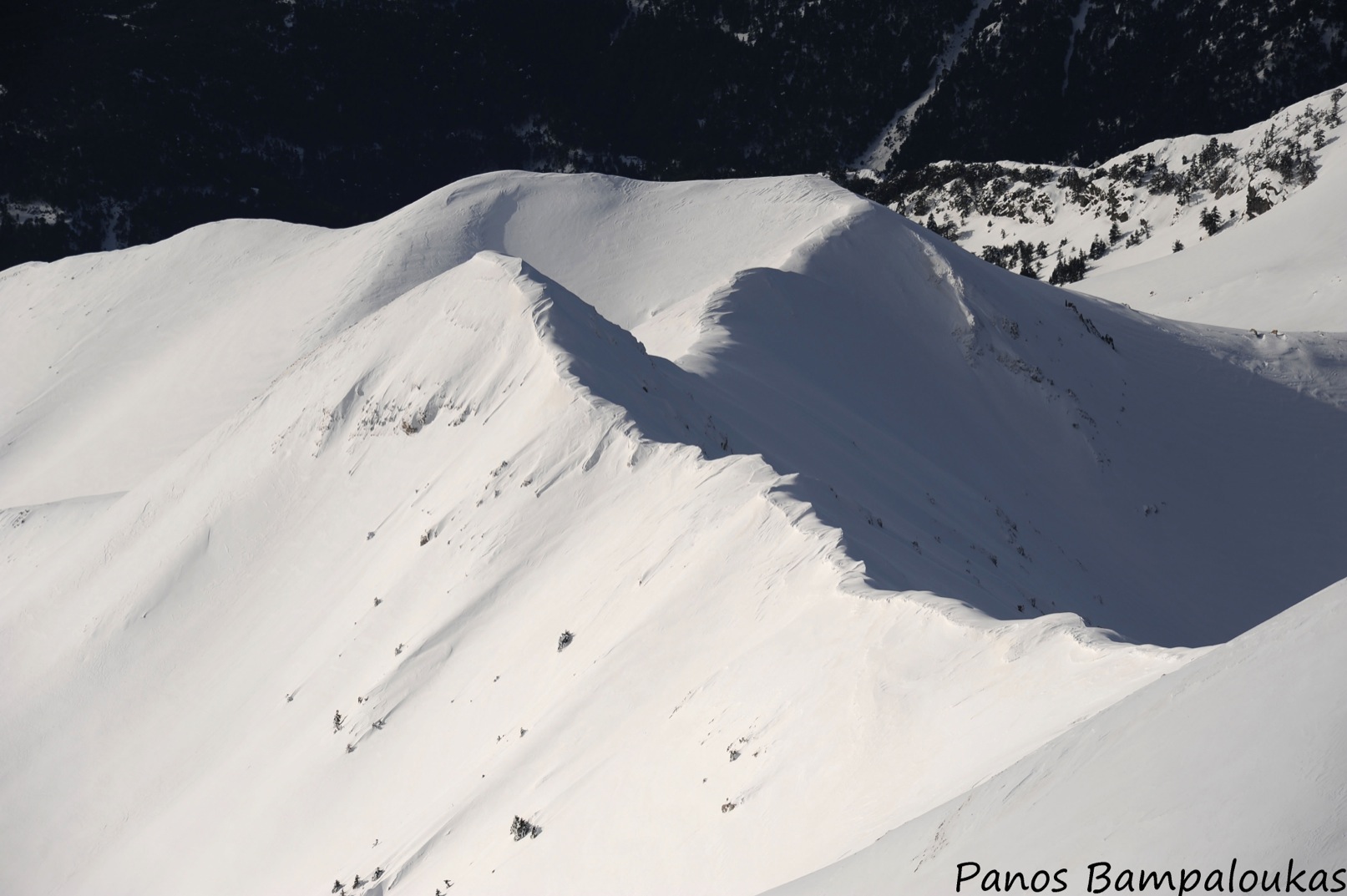