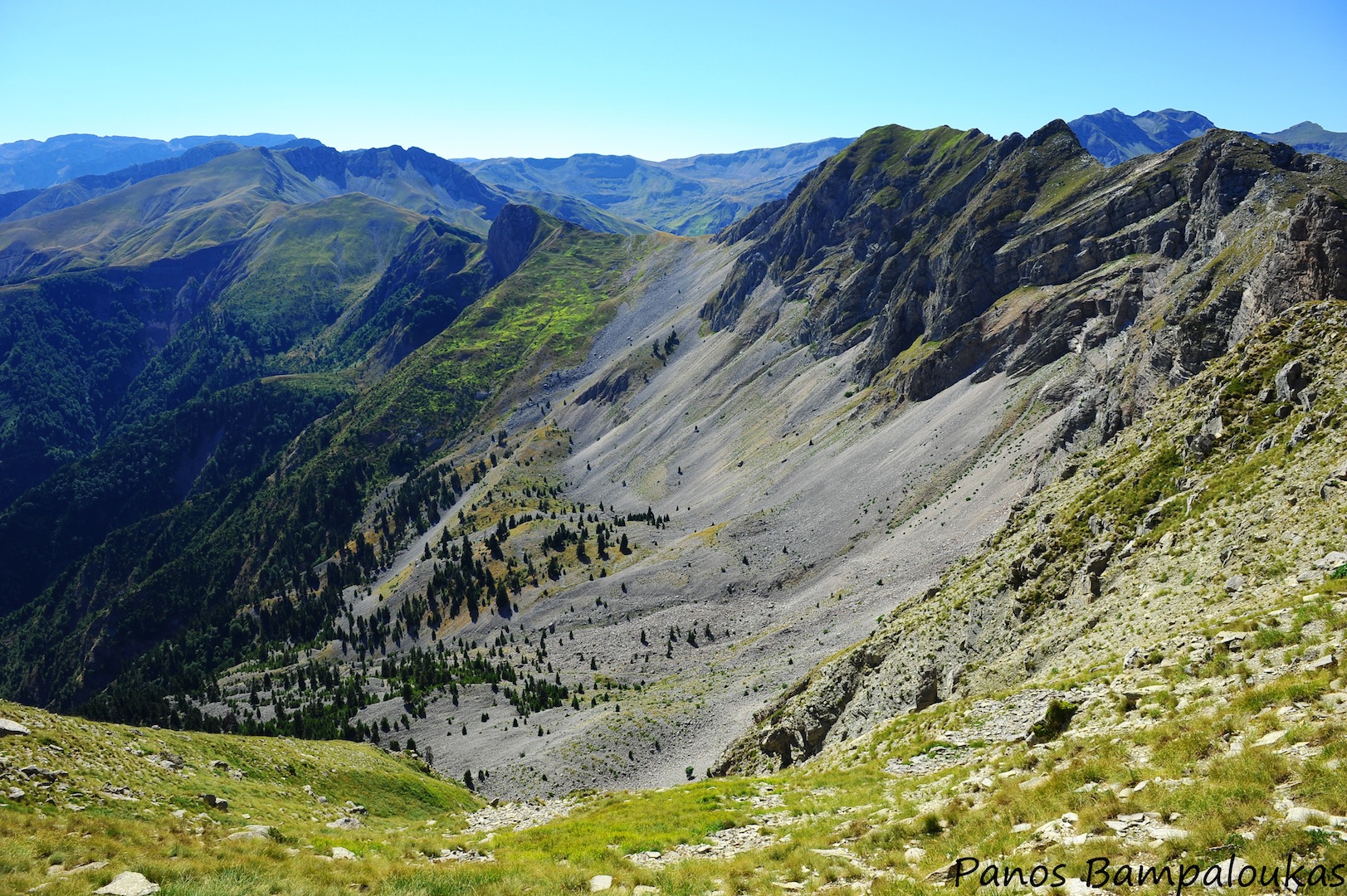 Tsigori is a relatively unknown mountain of southern Pindus. It borders with Tzoumerka and Avgo while at the foot of the mountain flows river Acheloos. The slopes of the mountain is full very tall firs while closer to the river one can find planes, chestnuts, hazels, oaks etc. Unfortunately due to the upcoming construction of the Messochora dam, loggers were permitted to cut down trees at the shore of Acheloos. The fauna includes bears, wolves and other smaller mammals. The isolation of the area and the small number of visitor is from the benefit of the wildlife. The view from the top is fantastic: we can see Avgo, Chatzi, Tzoumerka mountain range, Katafyli summit and Kriakouras. The mountain is not especially difficult even with snow conditions. The closest village is Armatoliko which has hospitable inhabitants who know the mountain well. Unfortunately the village is in danger due to the construction of the Messochora dam. 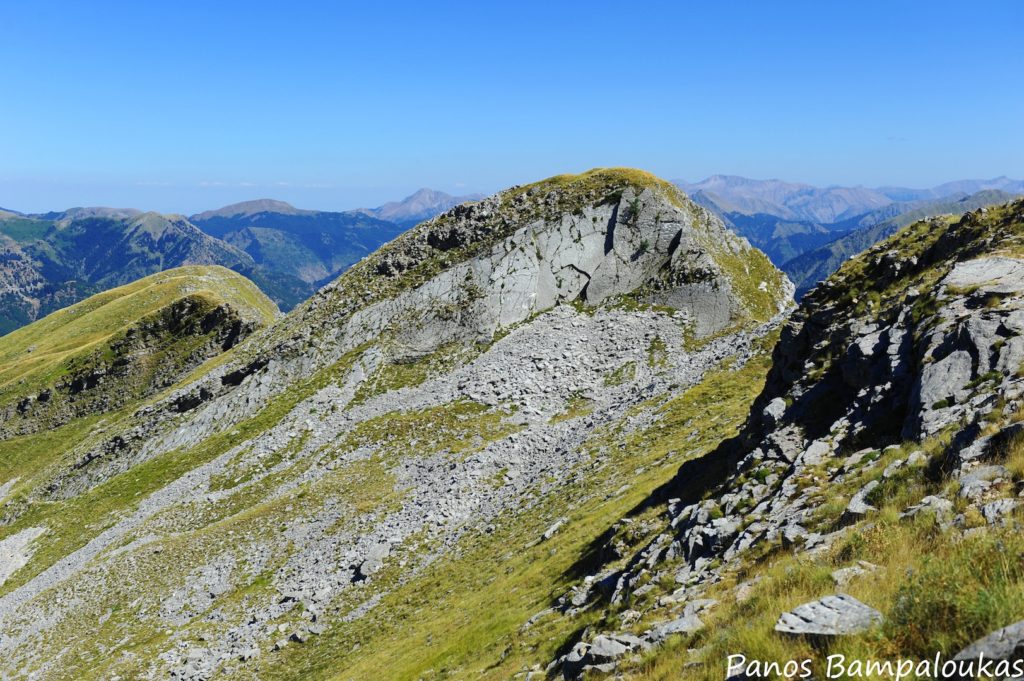 Shelters
There are no shelters on the mountain 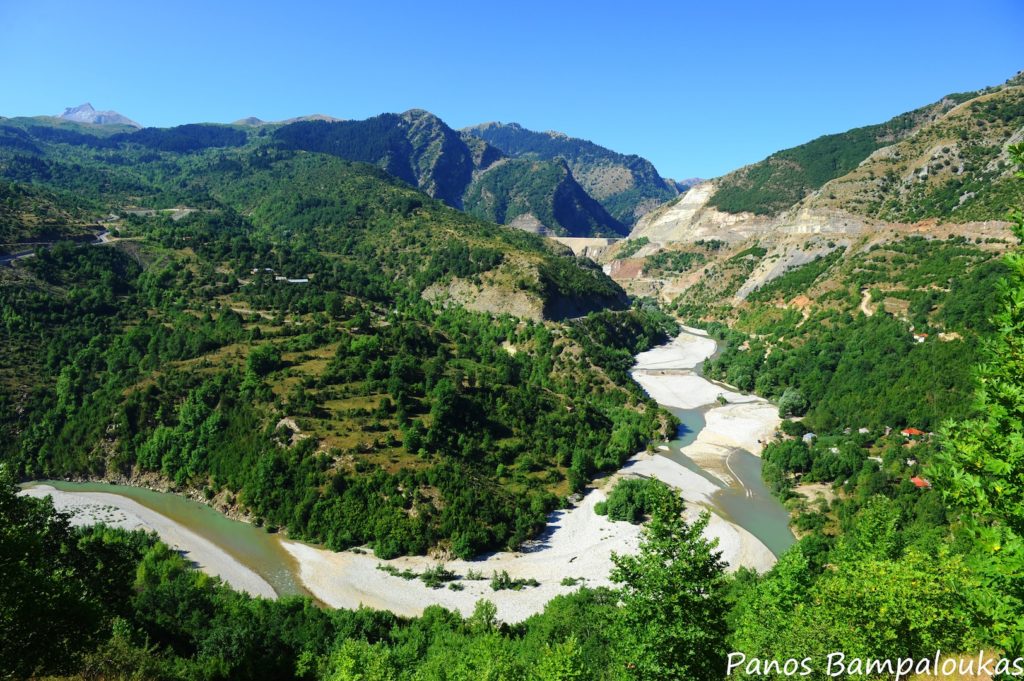 Recommended route
The route begins for village Armatoliko. Just outside the village with direction to the dam we ascend via a small cement road. After a turn we abandon the road and we follow the trails made by the animals. There is no marked trail. We ascend to the left towards the top we see. We arrive to the fir forest and we see to our left a big scree; we continue right of it towards the last trees and avoiding the bushes. At this point the ascend becomes steeper. Arriving at the alpine part we can take a rest under the shade of the old military radar. Next we move toward the top over us leaving the rocks on our left. We will meet two big mountaineering signs and we move left to arrive at the ridge. We continue along the ridge and at the top before the highest we go down to avoid the chasm in front of us. We go down arriving at a scree which is found on our left. We walk carefully over it towards the ridge to our left. When we arrive at the ridge we are now near the end of the route. We move to the right and under the rocks to ascend to the summit. 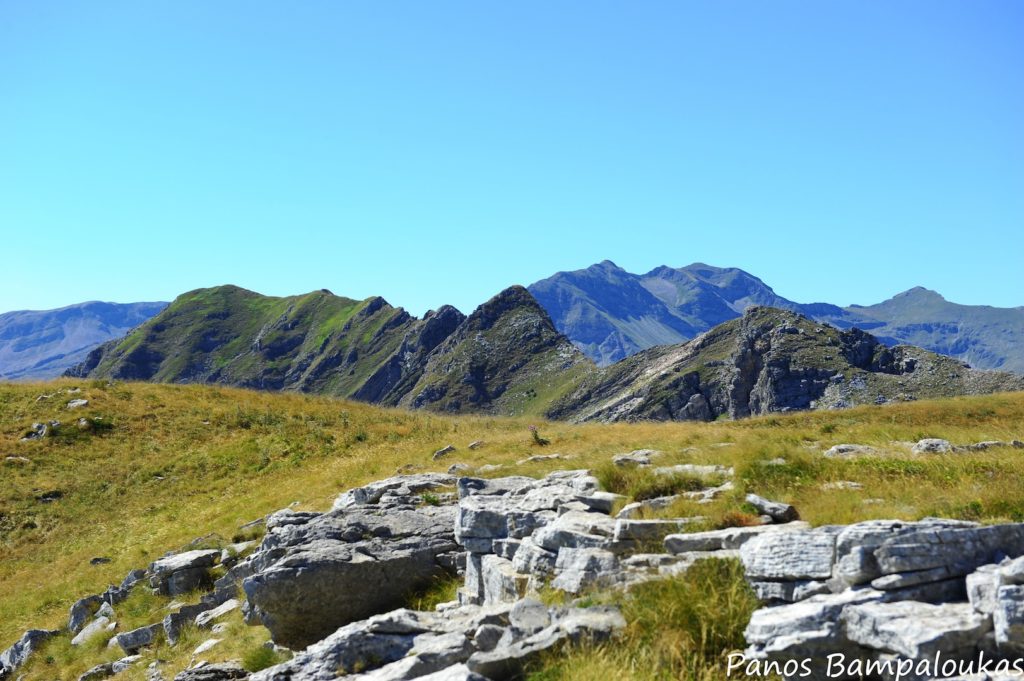 To descend from the summit we turn to the direction we came from and towards the ridge.
From there instead of moving on along the ridge we keep descending to the left and then straight ahead until we reach the forest road that unfortunately reaches the alpine part. We keep walking along the forest road and we enter a fir forest. We ignore two secondary forest roads and we keep on the main. After 2,5 to 3 km we arrive at a crossing where we turn right to Armatoliko. After a while we will see a church on our left and as we walk we see river Acheloos downwards and to the left while ahead is mount Avgo. We leave the road turning right at a left turn with a sheepfold. The trail starts under a wooden electricity pole. After a while we arrive at the village. The path goes next to the fences and sometimes is hard to spot. The ascend takes 4 hours and the descend takes about 3 hours.
The mountain has no marked trails. The ascend at the beginning is difficult and it needs patience. We need to make our own route. Even though is an unknow mountain its alpine part impresses because of the magnificent view to Agrafa and other mountains.
An alternative route is the crossing of the ridge from the top to bridge of Alexios. This is especially proposed with snow conditions. 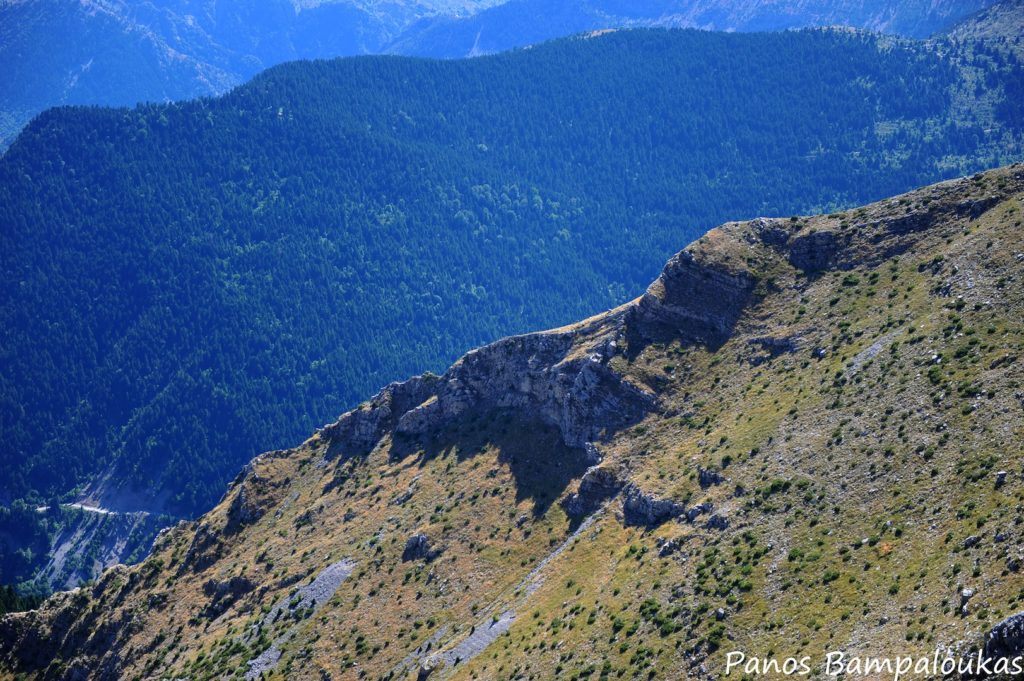 Local history
According to the myth there was a dragon in the mountain that would come down to the river to terrify the people. The cave that the dragon was used to live is located at the alpine part of the mountain at the point where the mountain road that comes from Armatoliko ends.

Ski
There are no mountain resorts. The rigde of the mountain and especially the part that connects the summit with the bridge of Alexios on Acheloos is proposed for ski mountaineering. 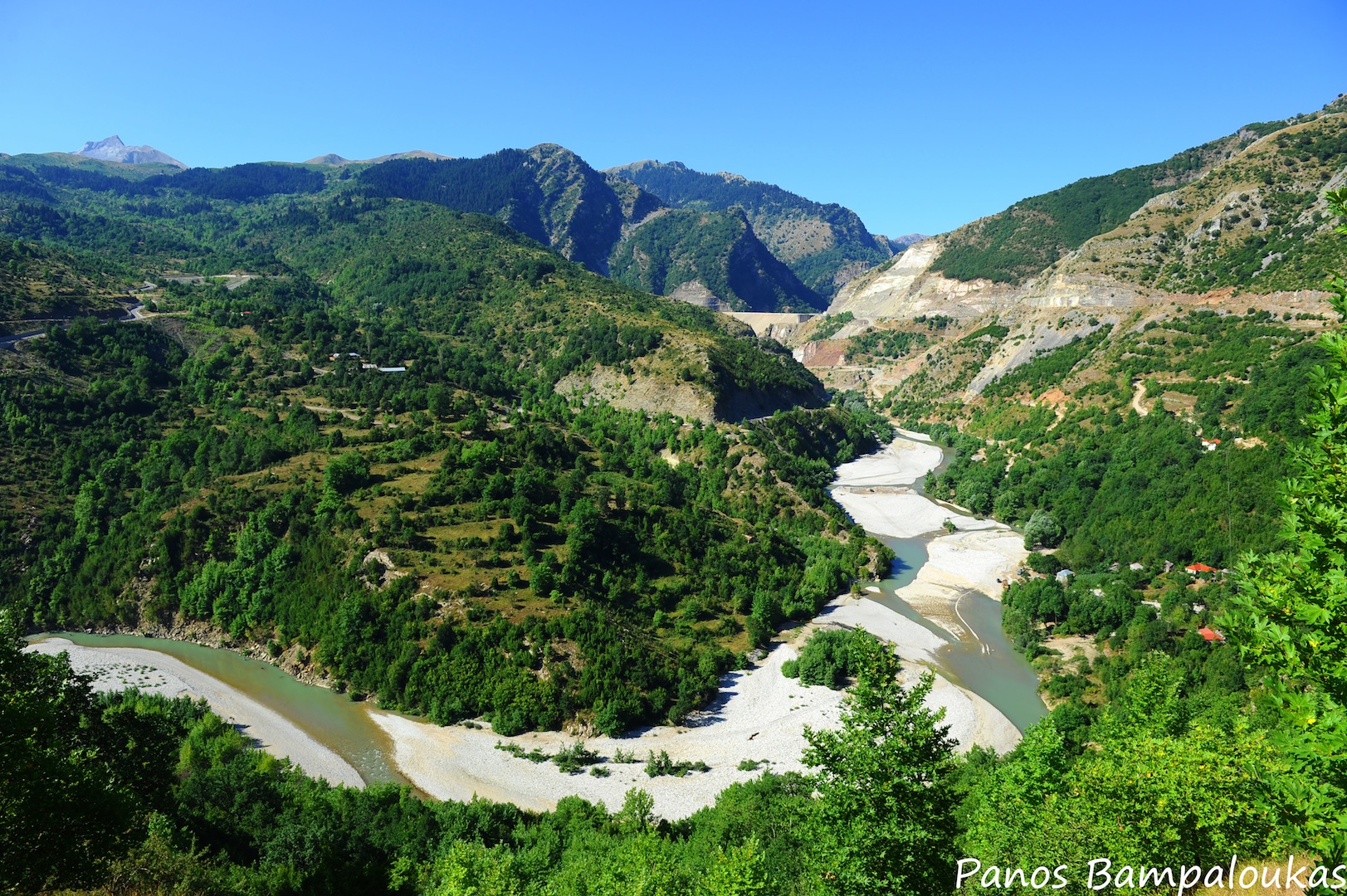 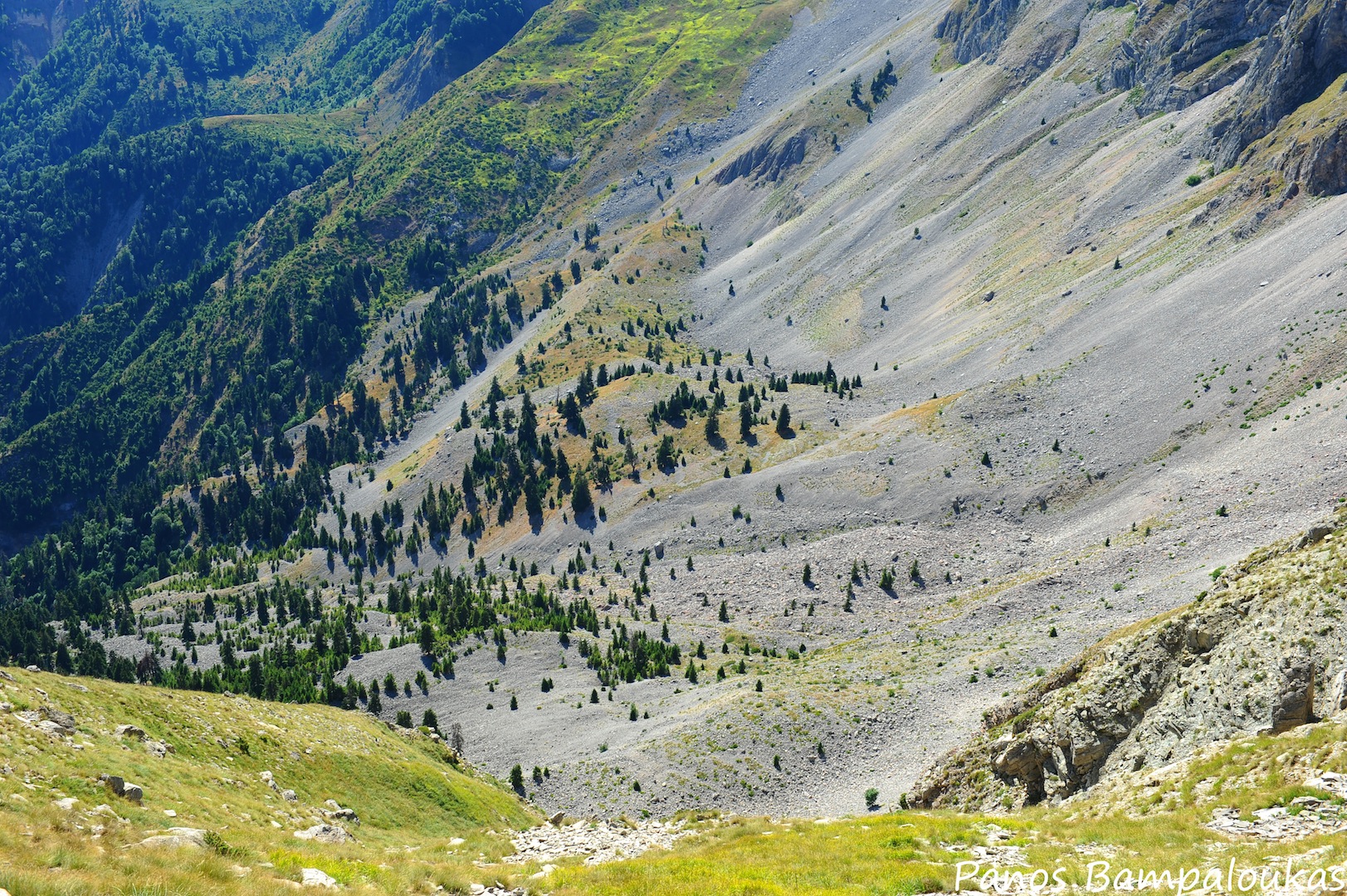 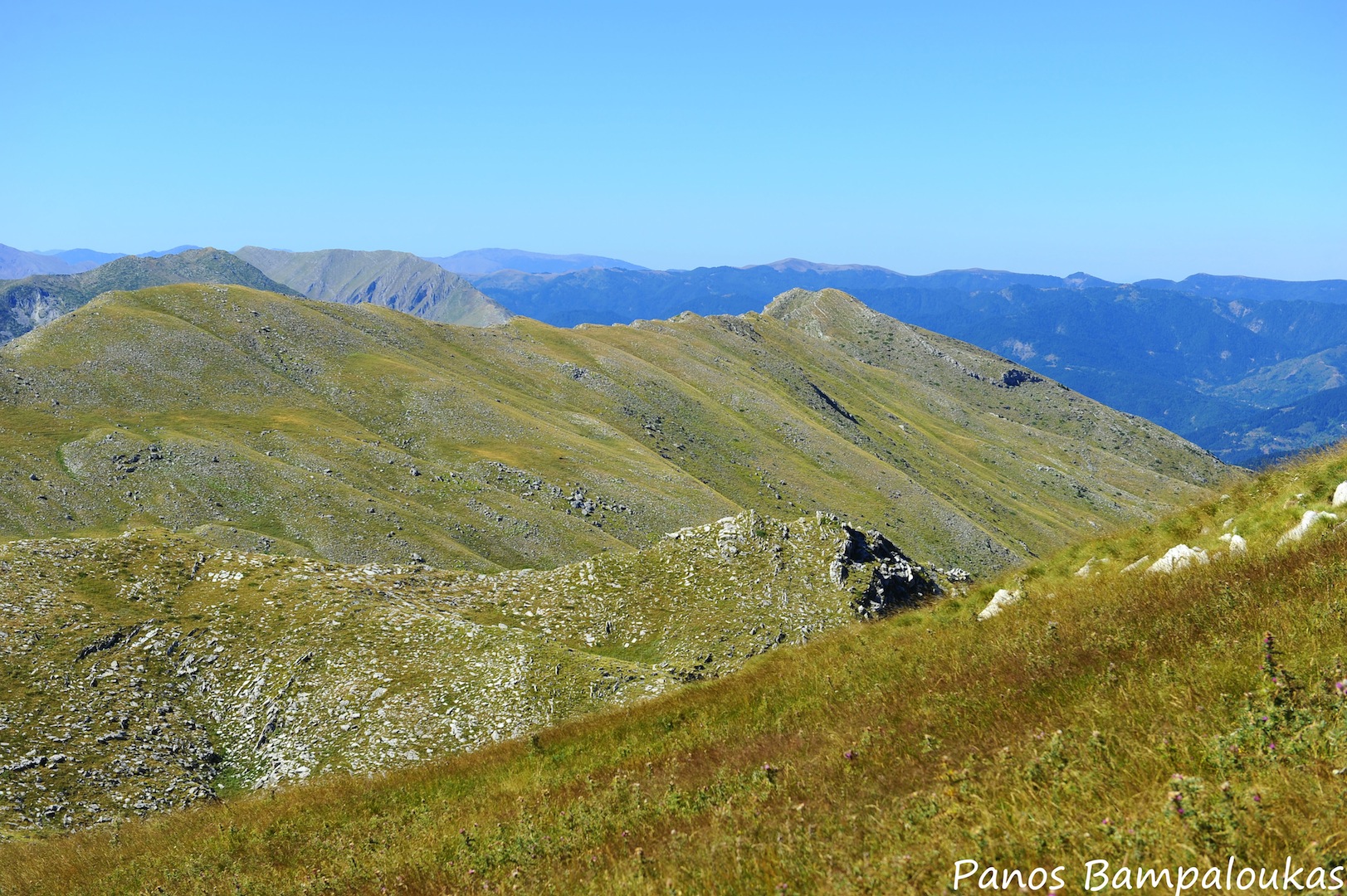 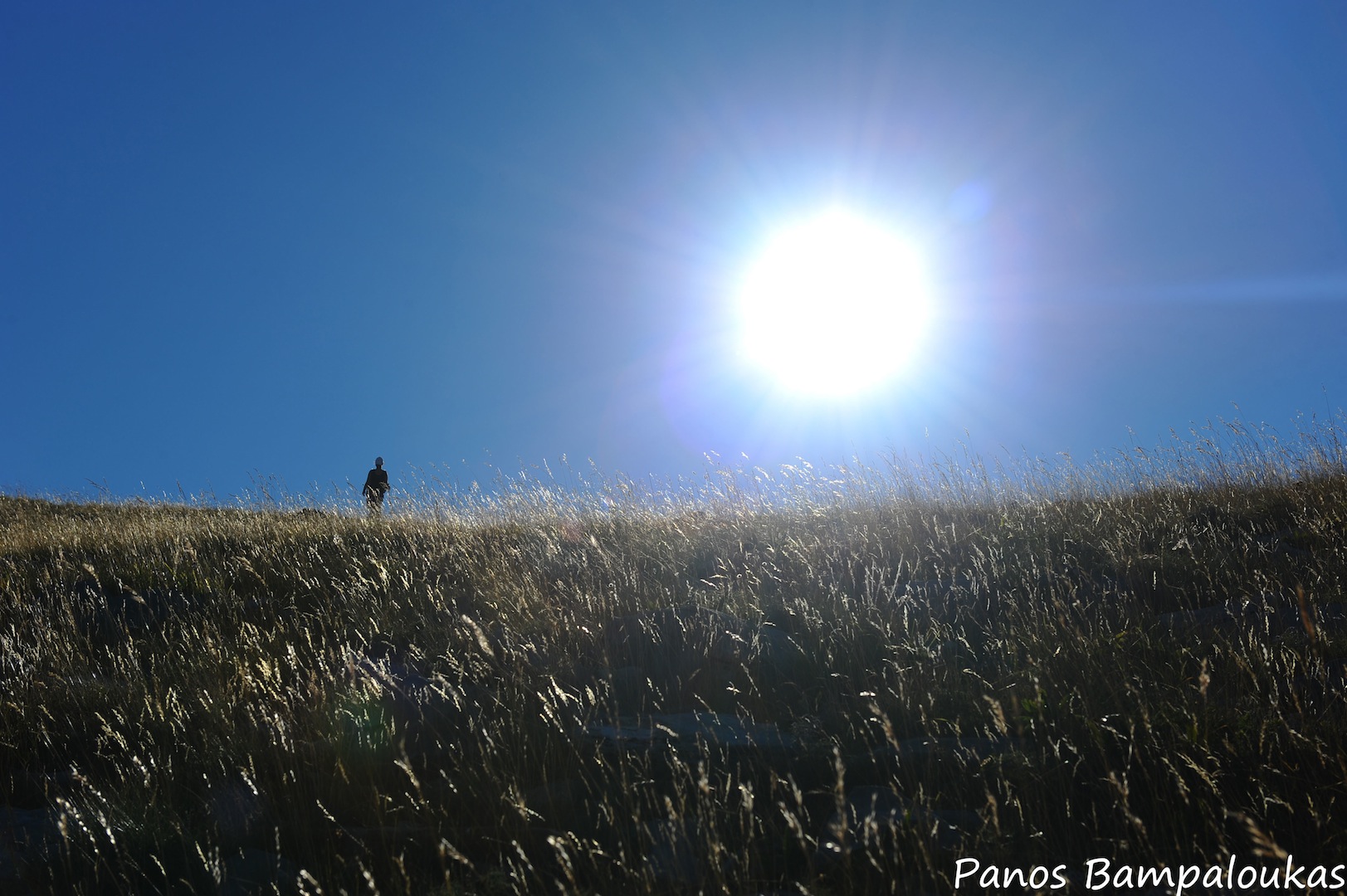 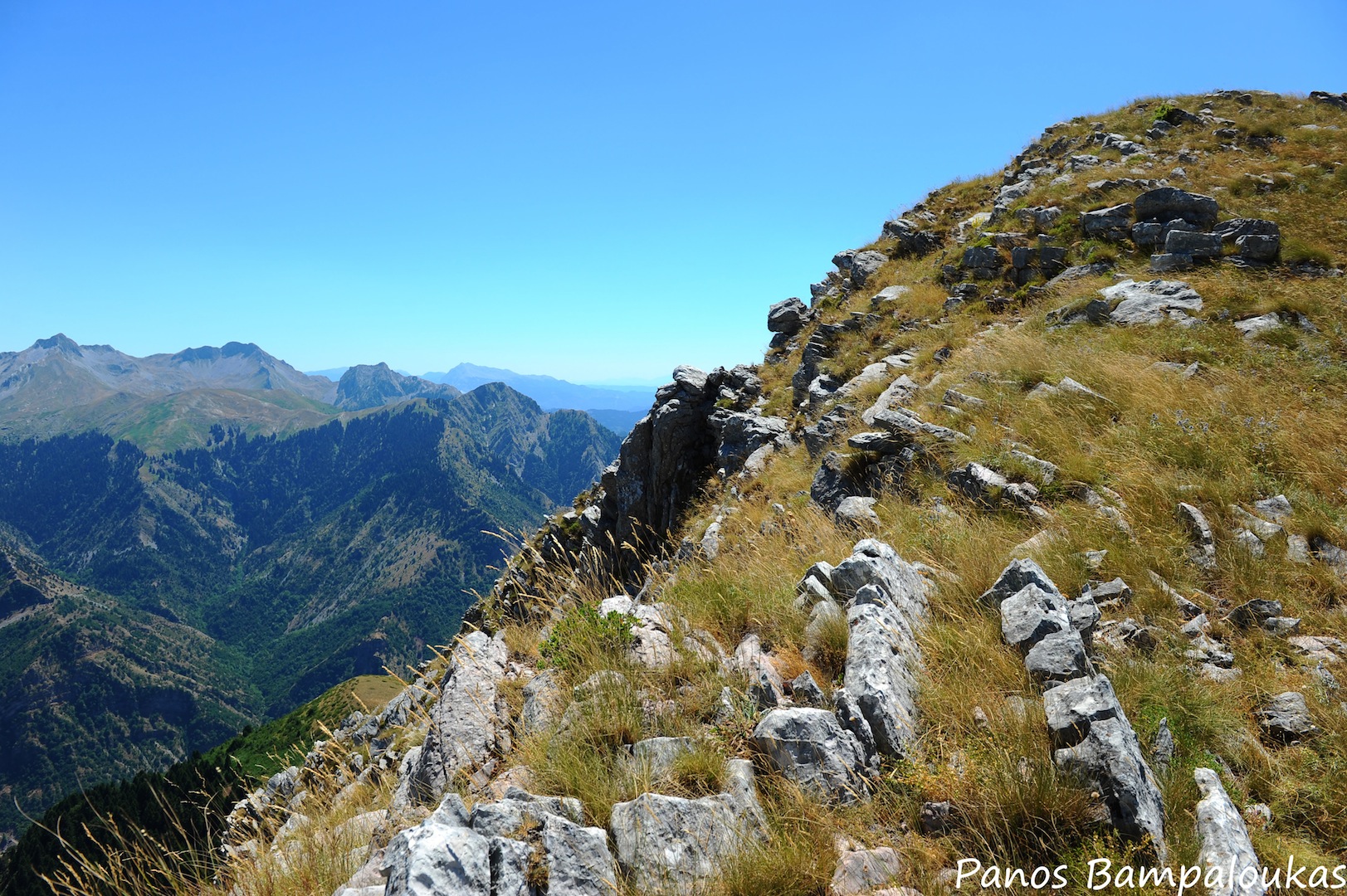 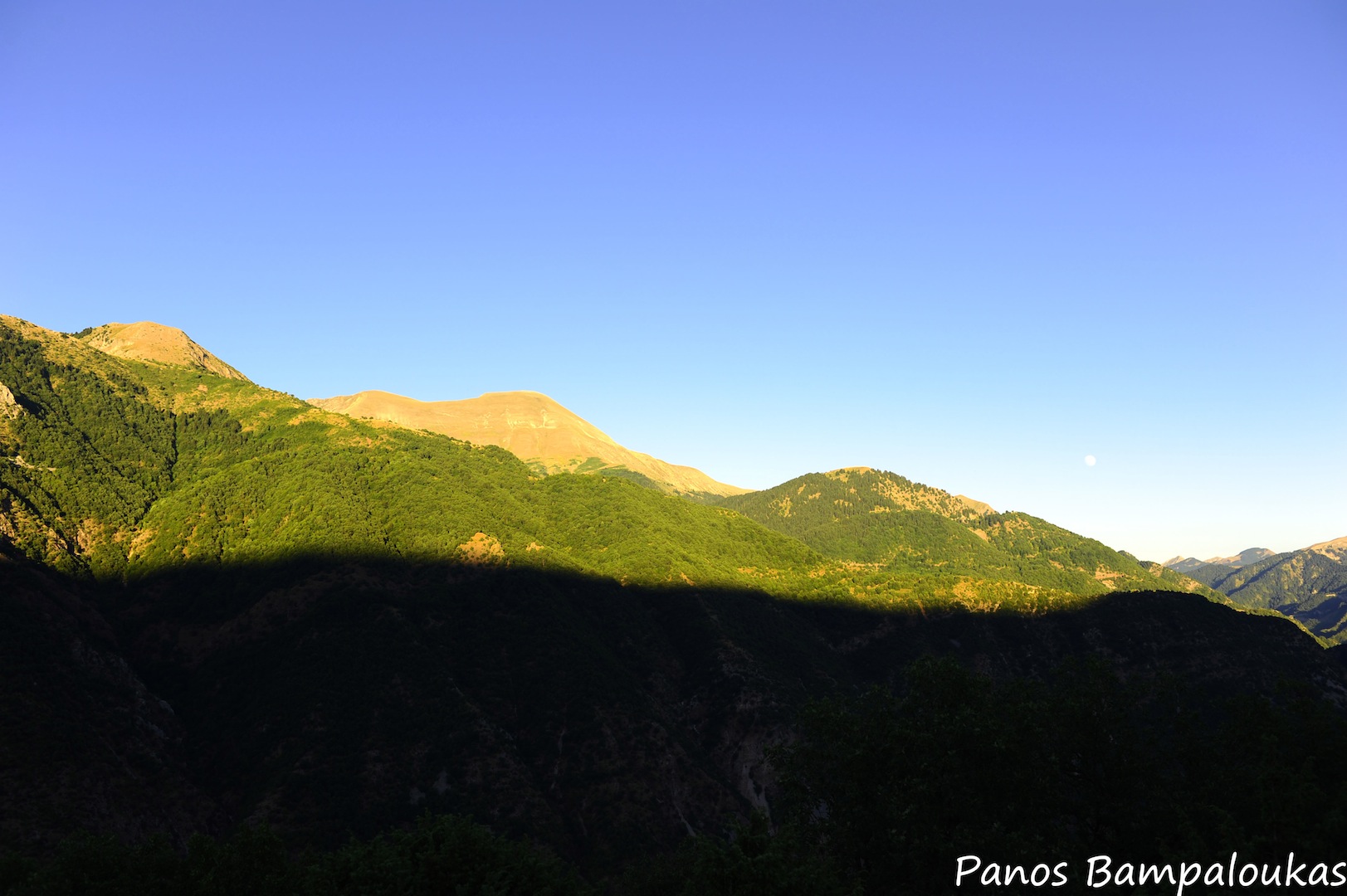 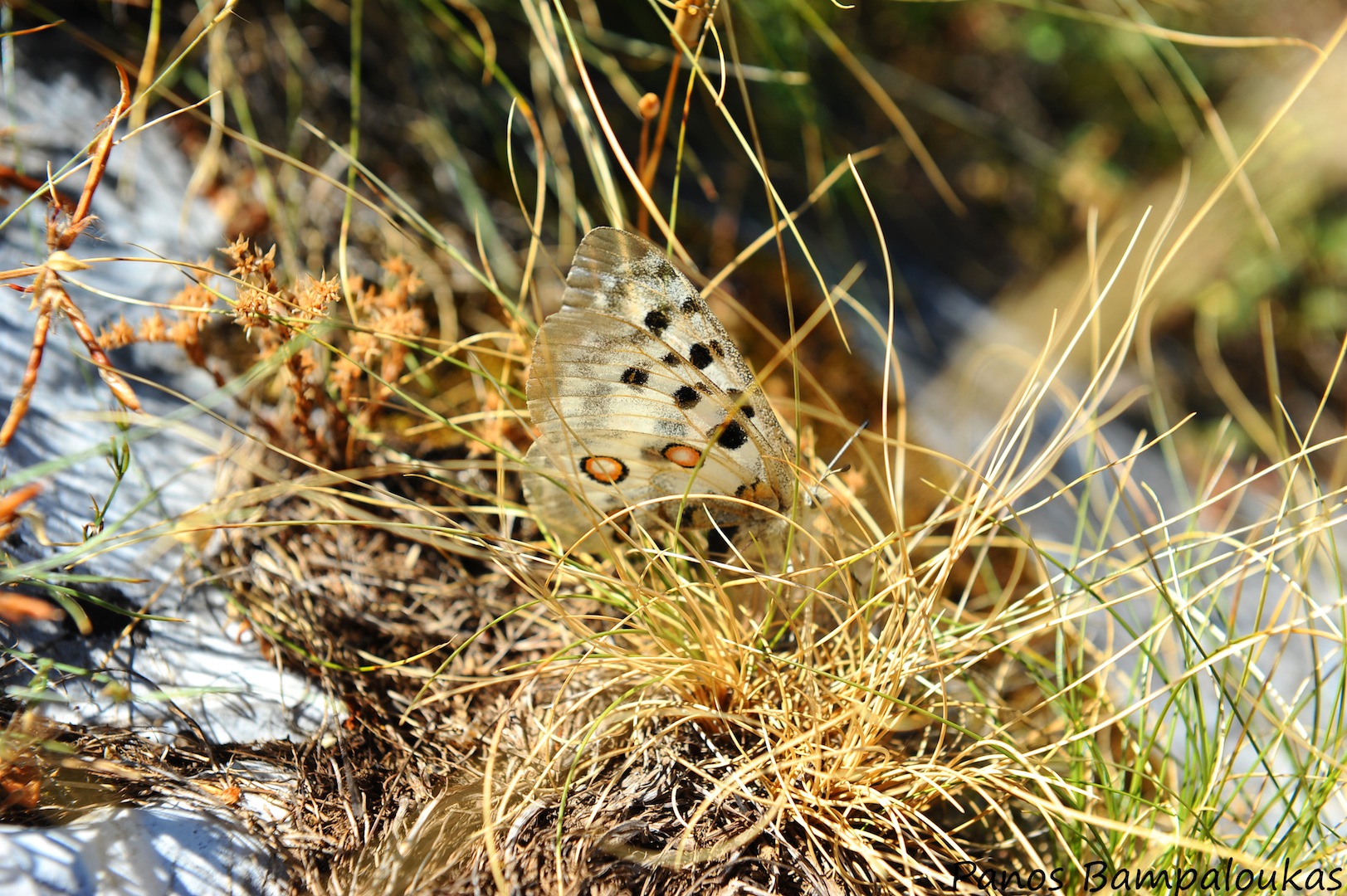 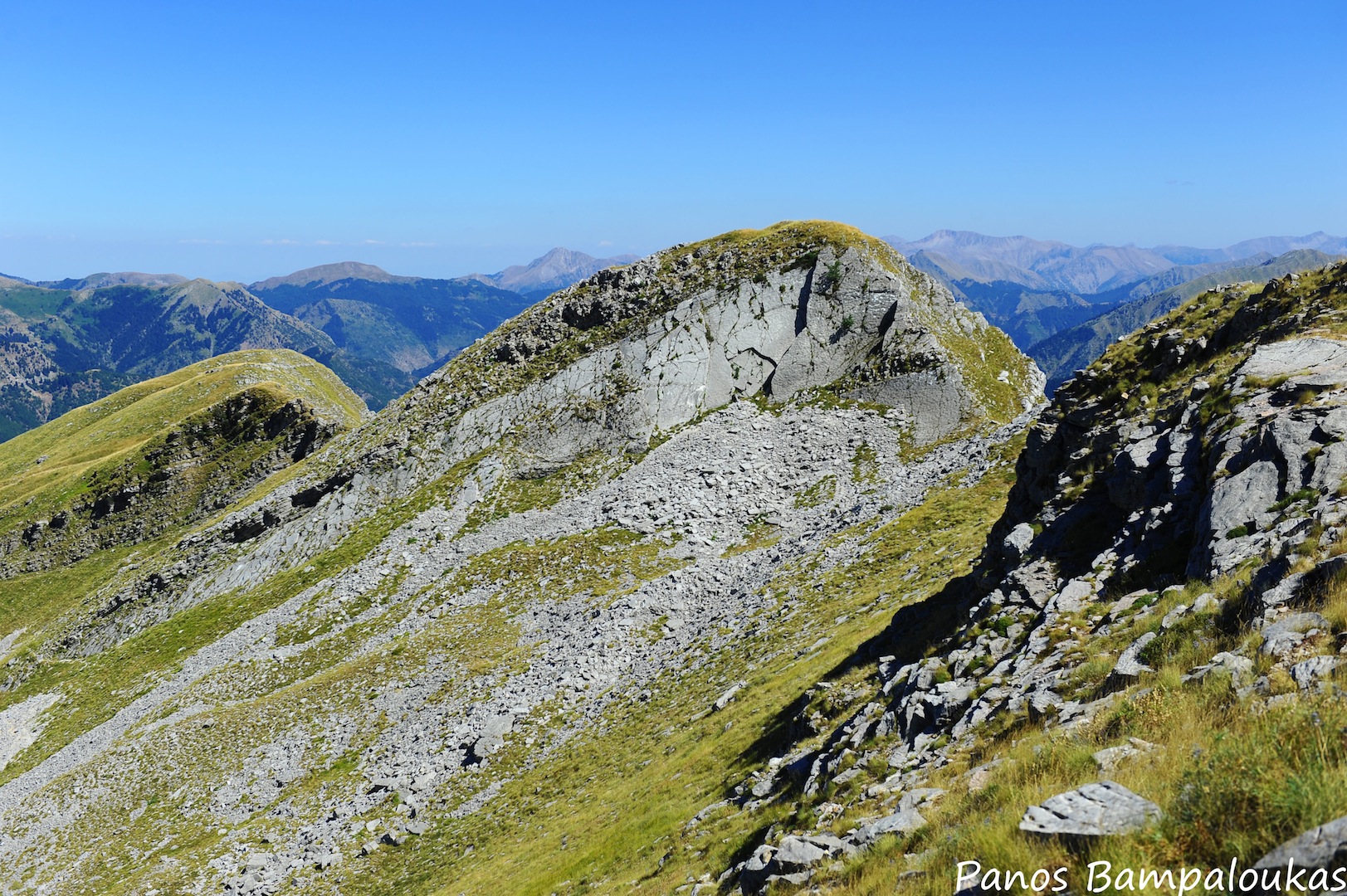 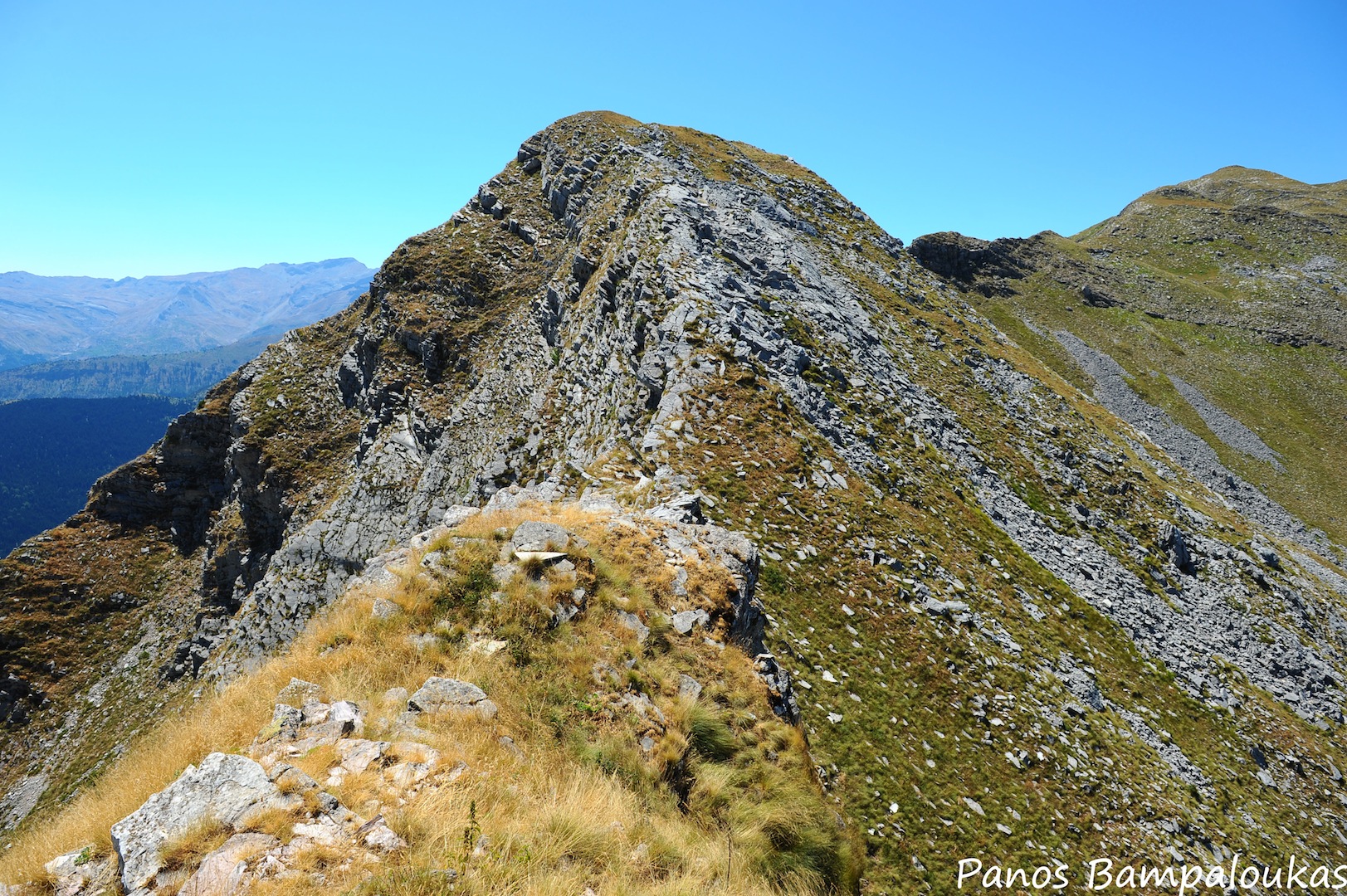 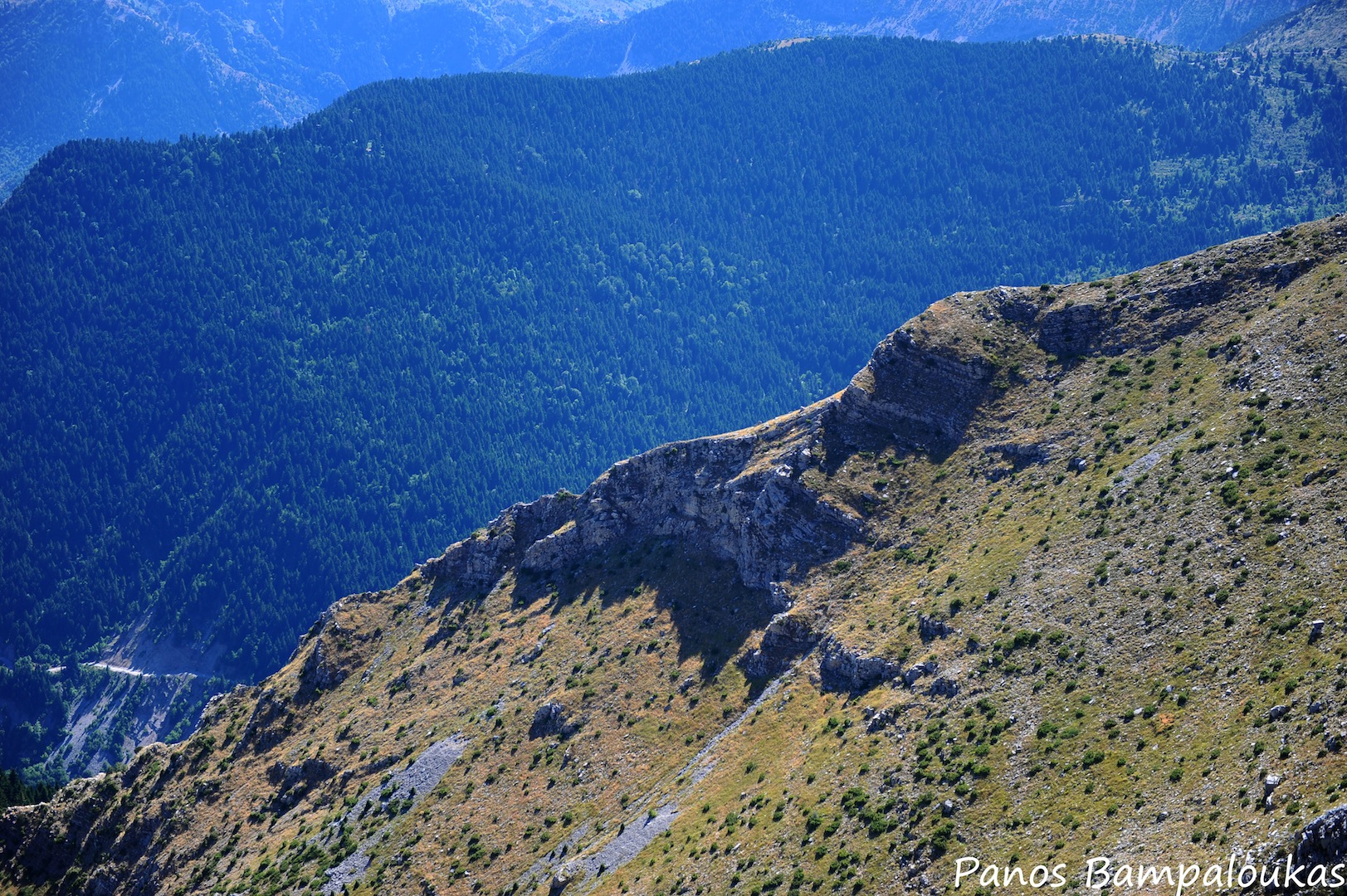 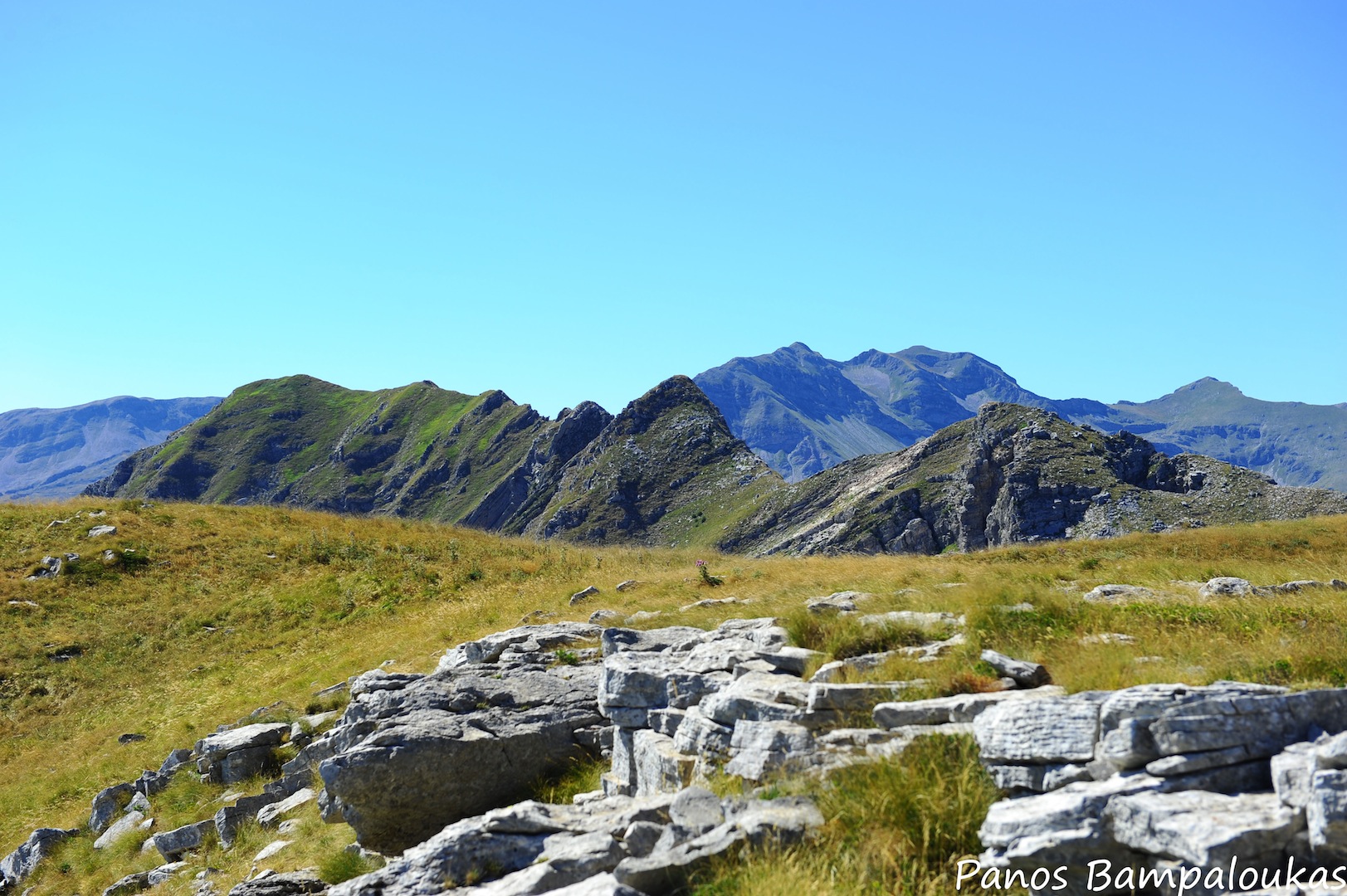