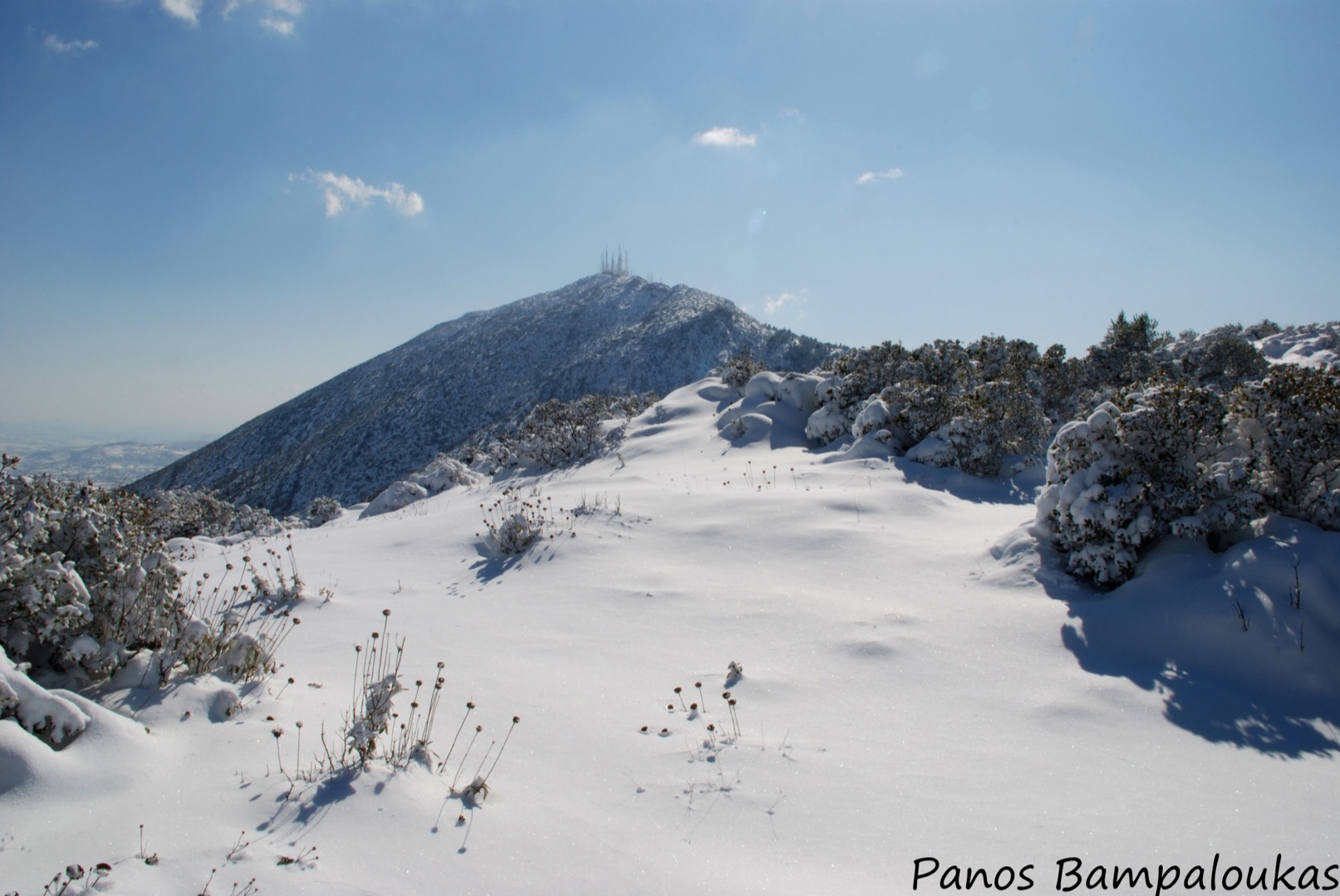 Located in the eastern side of Athens, Hymettus– with its greenfiled of 81.230 acres- is one of the city’s last remaining green havens. The valley of Prinaris splits the mountain into the Great Hymettus of the ancient Greeks and Anidros (water-barren) Hymettus or Elaton. In recent years, the opening of new roads, the construction of- mostly illegal- settlements, the presence of several  landfills and the devastating fire of July 2007 have spoiled significant parts of the mountain.  However, environmental groups do what they can to preserve what’s left of the thick pine forests, which still offer the promise of escape from stressful city life and are frequented by hikers, joggers, cyclers, nature lovers and families craving for a breath of fresh air. 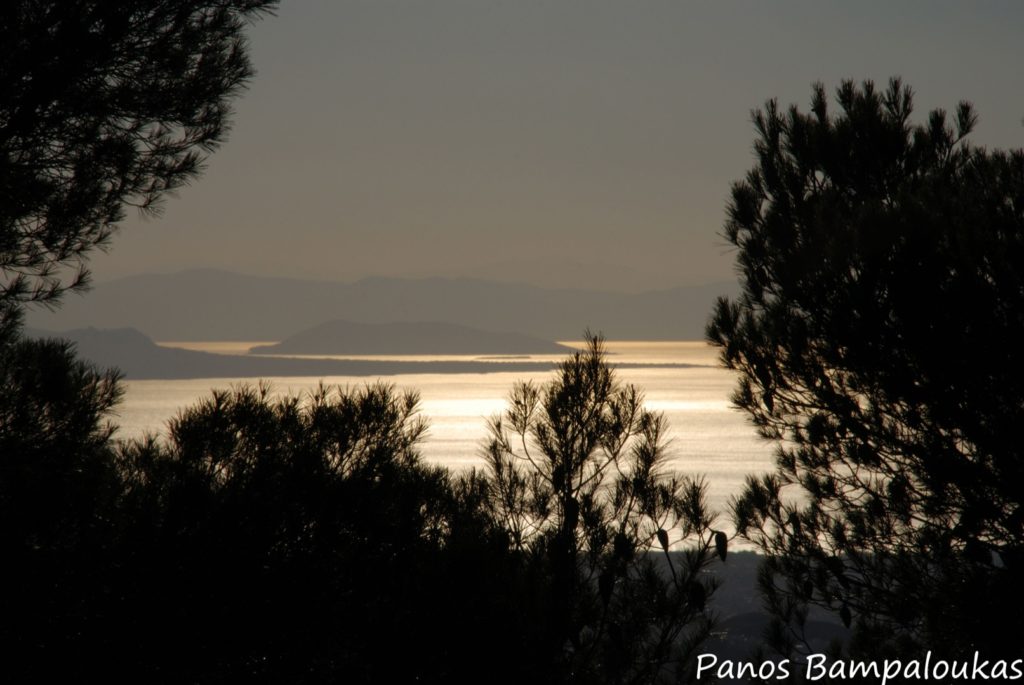 The firs near the top are probably the result of human interference, while a few decidouous trees grow near the monastery of Kessariani- a great place for pick-nicks, short or longer explorations and visits to nearby archaeological sites. Over 600 plant species and more than 100 bird and animal species, including foxes and rabbits, have been spotted on Hymettus, while the multitude of ancient remains found on its slopes signify its importance in antiquity. A transmitter park is located at the mountain’s peak, which is inaccessible to the public. 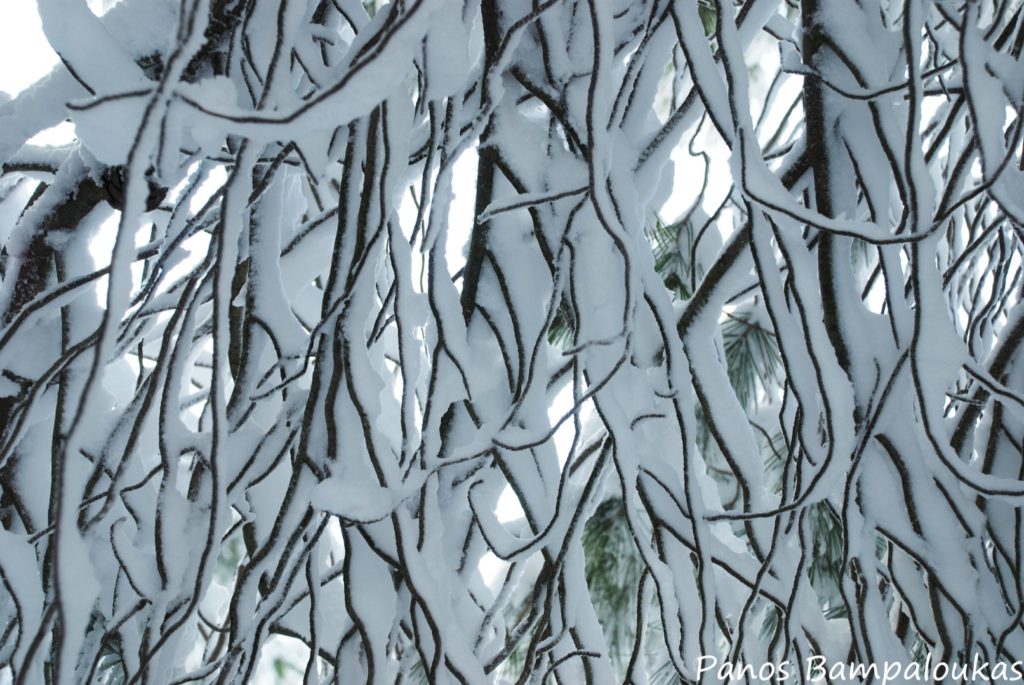 1. Agios Ioannis (Agia Paraskeui)- Korakovouni: Begin your hike near the monastery of Agios Ioannis Kynigos. The path, waymarked in red, starts on the left side of the asphalt road and its first few meters resemble a forest road- fortunately, it is inaccessible to cars. There is a fork in the path near the old mines; you should take the right branch, passing by a few manmade caves and mine-shafts. Soon the track becomes narrower and begins to ascend. Turn right at the next fork, keeping the neighbourhood of Glyka Nera on your left. The trail descends, then ascends again until it reaches the forest road linking Peania cave to the mountain’s western side. Turn left and follow the road for a few meters until you find a smaller, rocky road leading to an electricity pylon.

A clearly marked path will take you to another forest road, connecting Papagou to Peania. Turn right and look for the path on your left. If you wish, you may make a small detour to visit Trizoni cave, leaving the trail and turning right at a small plateau. The cave is hidden in the rocks.  When you are ready, return to the path which will lead you to the mountain’s ridge, with impressive views of eastern Attica and Evoia island on your left and the mountains of western Attica, Pereus port and Aegina island on your right. Korakovouni peak is now very close. Standing by the trigonometrical point, you will be able to see Hymmetus’ main mass and Evzonas peak on your south. 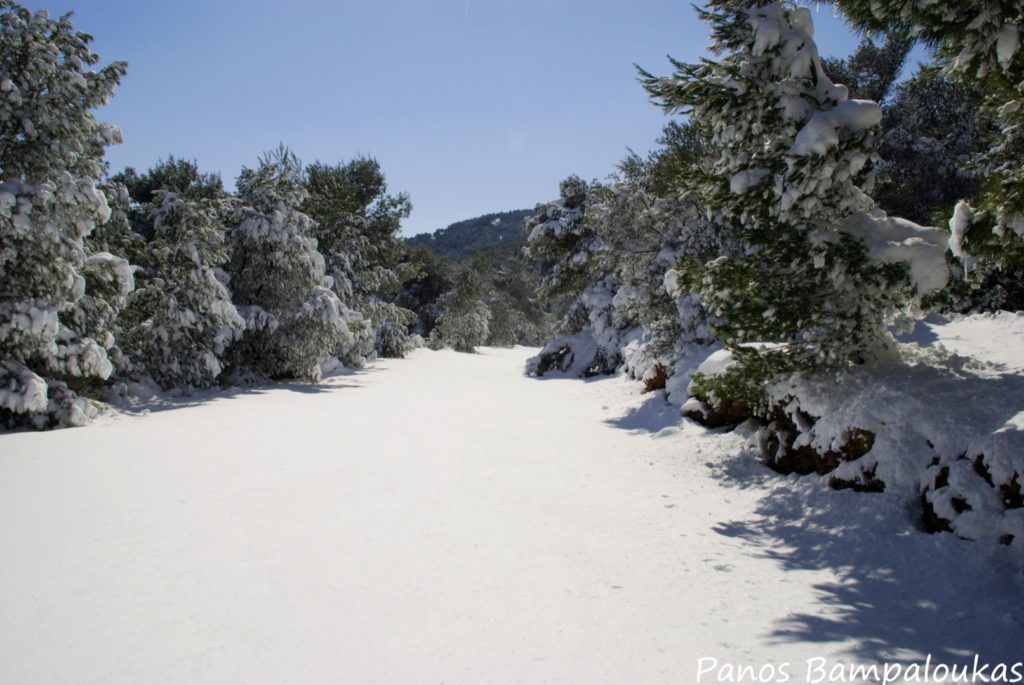 2. Koropi- Altar of Zeus and Apollo – Sesi- Stavros- Koropi: Drive to Koropi and follow the sings towards the church of Profitis Elias. As you ascend, you should begin to see Mavrovouni (Black Mountain) on your left and Evzonas peak on your right. Head straight and turn right after a few minutes, following the sign to Profitis Elias and the Altar of Ombrios (Rain-giver) Zeus, and passing by an old landfill. The asphalt soon gives way to a dirt road. You may park your vehicle near the fields.

Begin the hike by walking on the steep dirt-road on your right. A sign points the way to the altar. The zig-zag trail is wide and clear. It ascends the slope until it reaches a burnt part of the forest, where you can see a few- illegal- houses, the altar and the church. Careful observers will easily conclude that the fire was most probably the result of human negligence.

To continue towards Sesi, you must first find the path situated above and right of the altar. Look for the yellow marks on the rocks. The first part of the route crosses a dried-up stream, while the thick vegetation has stayed clear of the trail only thanks to a lot of effort. At this point, it is very important not to lose sight of the yellow marks.

The opening of the trail is located on the right at the beginning of the narrow road. The red marks on the rocks have faded and are hard to discern, but the path is clear and extends parallel to the forest road on your right. As you walk, you will begin to see Stavros in the distance. Cross the forest road once, following the trail right beneath it. From this point onwards, the path becomes obscure, yet it is not hard to stay on the right direction, heading straight ahead towards the col.

When you reach the col, you should ignore the right branch of the trail, which ascends towards Mavrovouni. Instead, take the left branch leading to Koropi. The red marks are now almost impossible to miss. You will soon cross the forest road once more, ascending on a rocky terrain. The signs are clear, but the path is tricky at parts. After a while, you will reach the wide path that you followed when you began the hike. Turn right and descend to the starting point. 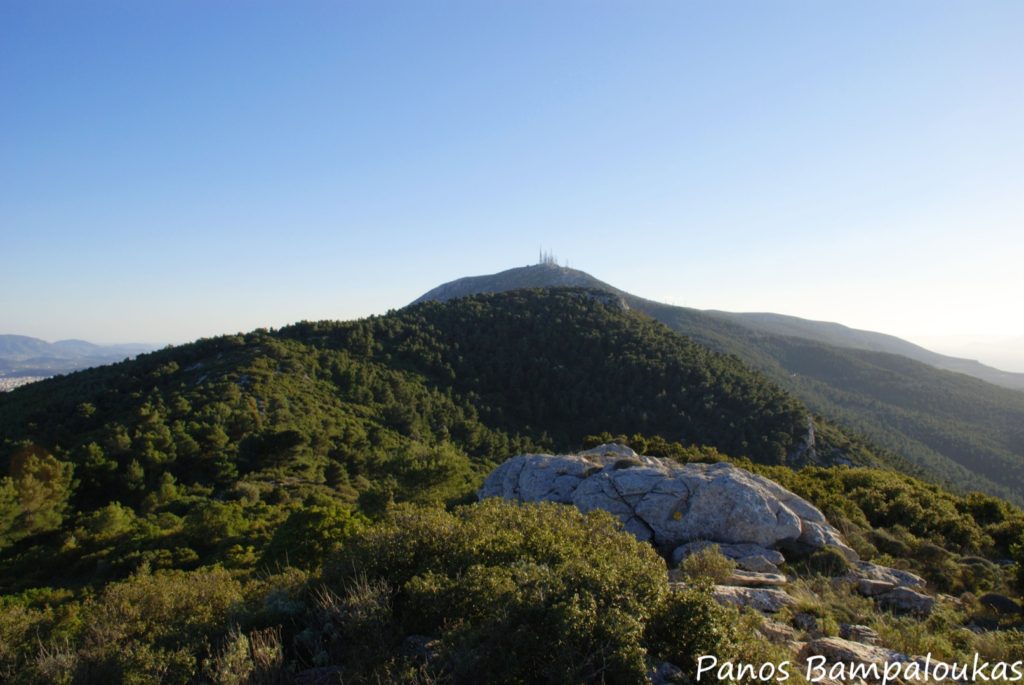 Local history
Hymettus is also known as “Trelos”, which literally means “crazy” and has been associated with the unstable climatic conditions on its top. The name may also derive from the french phrase “tres long”, meaning “elongated”. During the Ottoman rule, the Franks used to  call the mountain “Monte Matto” (crazy-mountain), which was obviously an alteration of the original “Monte Ymeto”.
In antiquity, Hymmetus was place of worship but also of healing, due to the therapeutic properties of its springs, while its marble quarries were intensively used during the classical and roman times. Numerous excavations have revealed several places of historical significance, including sanctuaries dedicated to Zeus and Apollo.

According to an ancient myth, mythical hero Cephalus was spreading his nets on the peak of Mt. Hymettus to catch deer with big antlers, when Eos (the Dawn) tried to kidnap him.  In the end, she let him go, but then did all she could to destroy his marriage to Procris, daughter of Erechtheus.
During WWII, and especially the cold winter of 1940, the mountain’s forest was impoverished,  since the city’s population was in desperate need of firewood. Most of it has now been restored, thanks to systematic efforts by the Friends of the Forest Society.

Nearby sights
The area surrounding the Monastery of Kessariani is arguably one of the most pleasant and serene spots on the mountain. Built  on the foundations of a palaeo-Christian temple of the 5th- 6th century A.D. at an altitude of 350m, the monastery is dedicated to  the presentation of Mary. The wall-paintings inside the temple are estimatedly of the 16th century A.D. Not far from here is the monastery of Michaelmas (Taxiarchon) – Asteriou, constructed around the 11th century and offering a panorama of Pereus port and Evzonas peak. 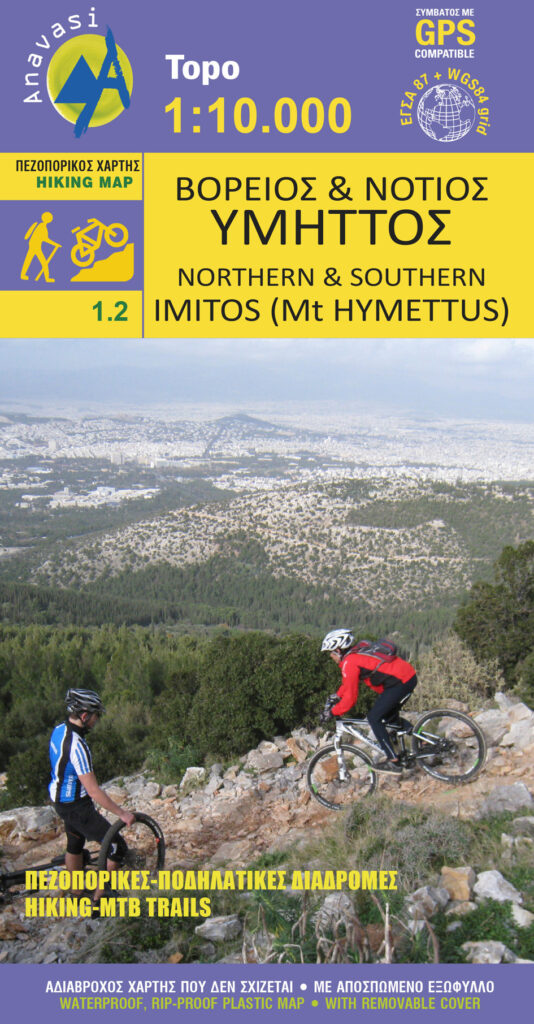 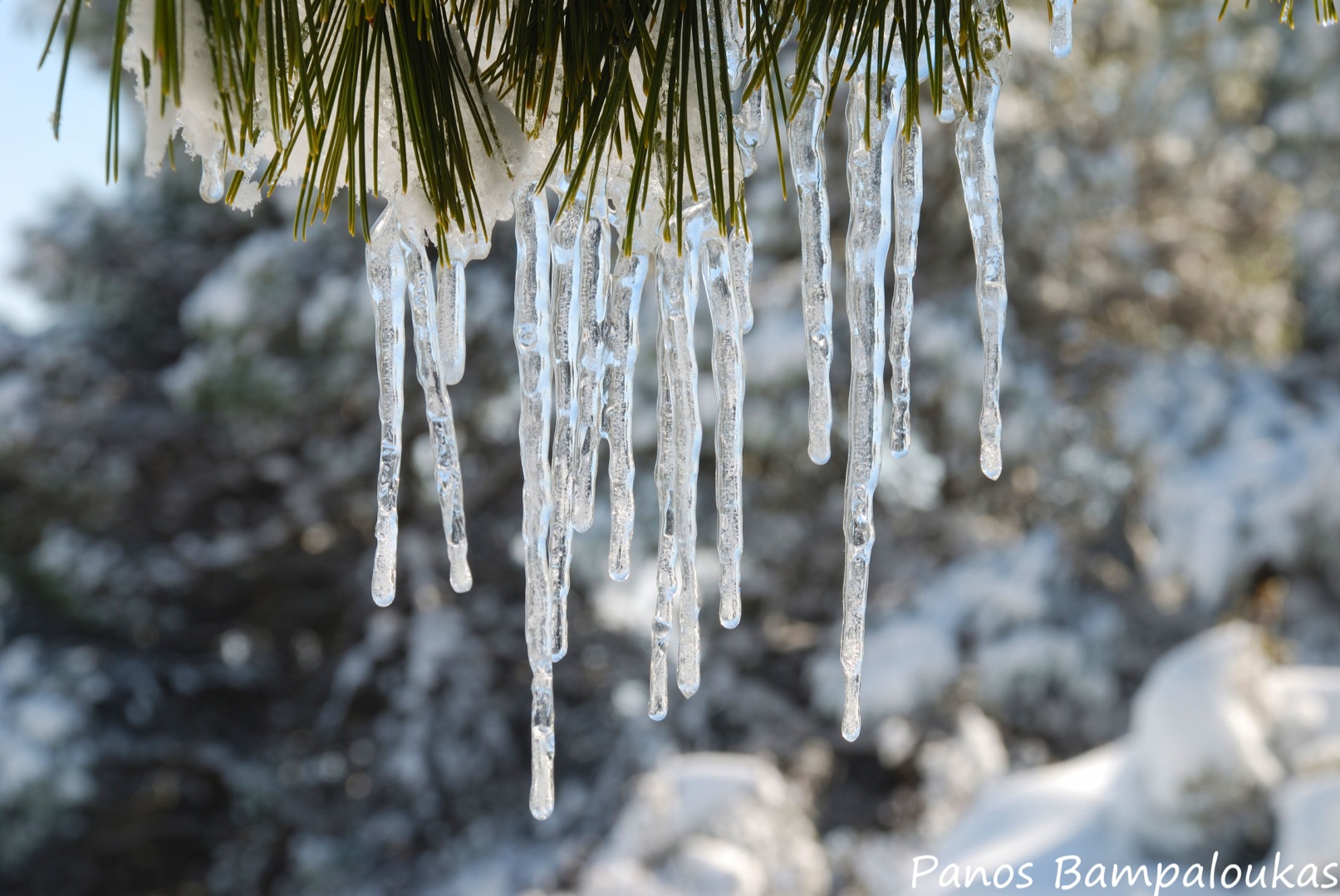 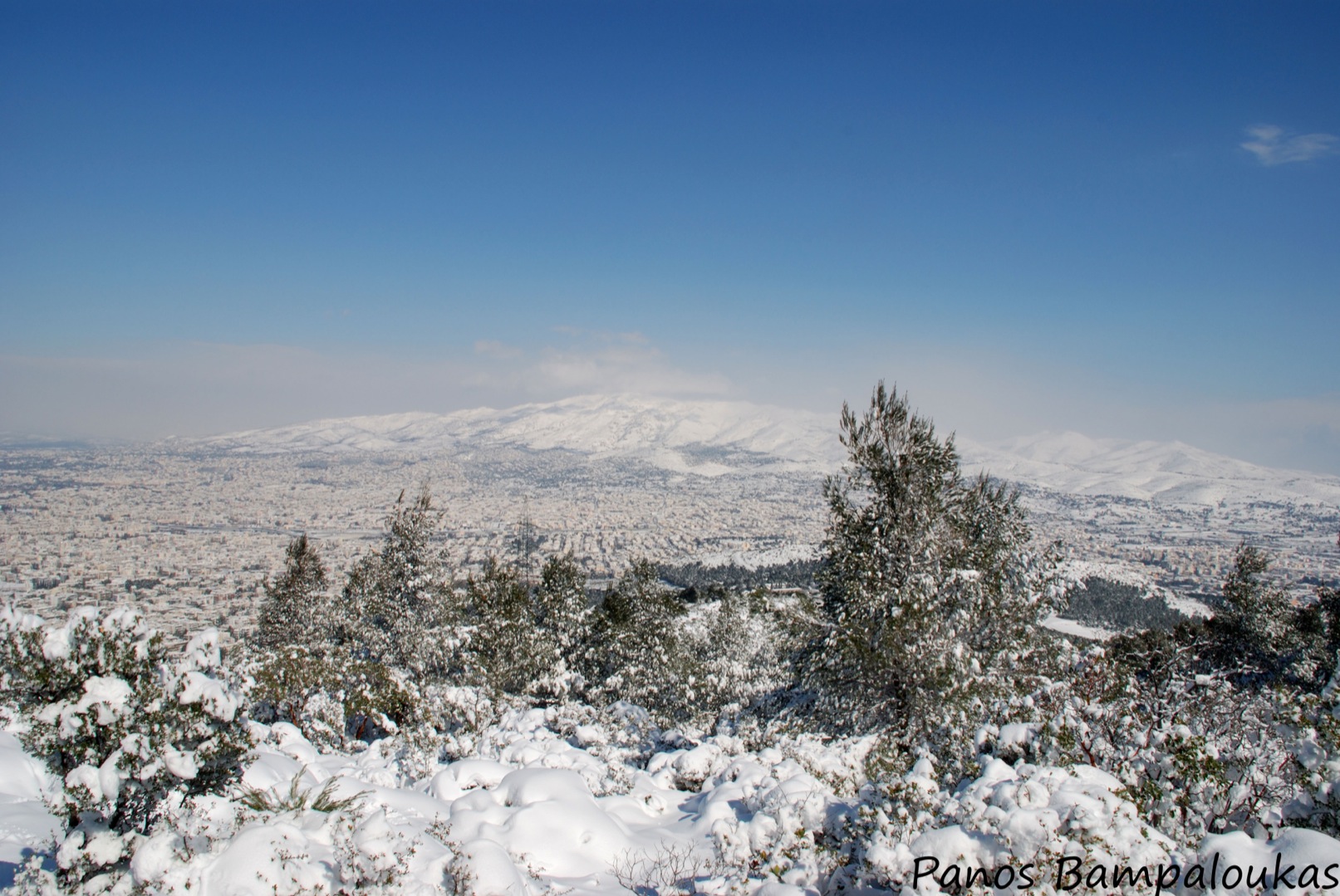 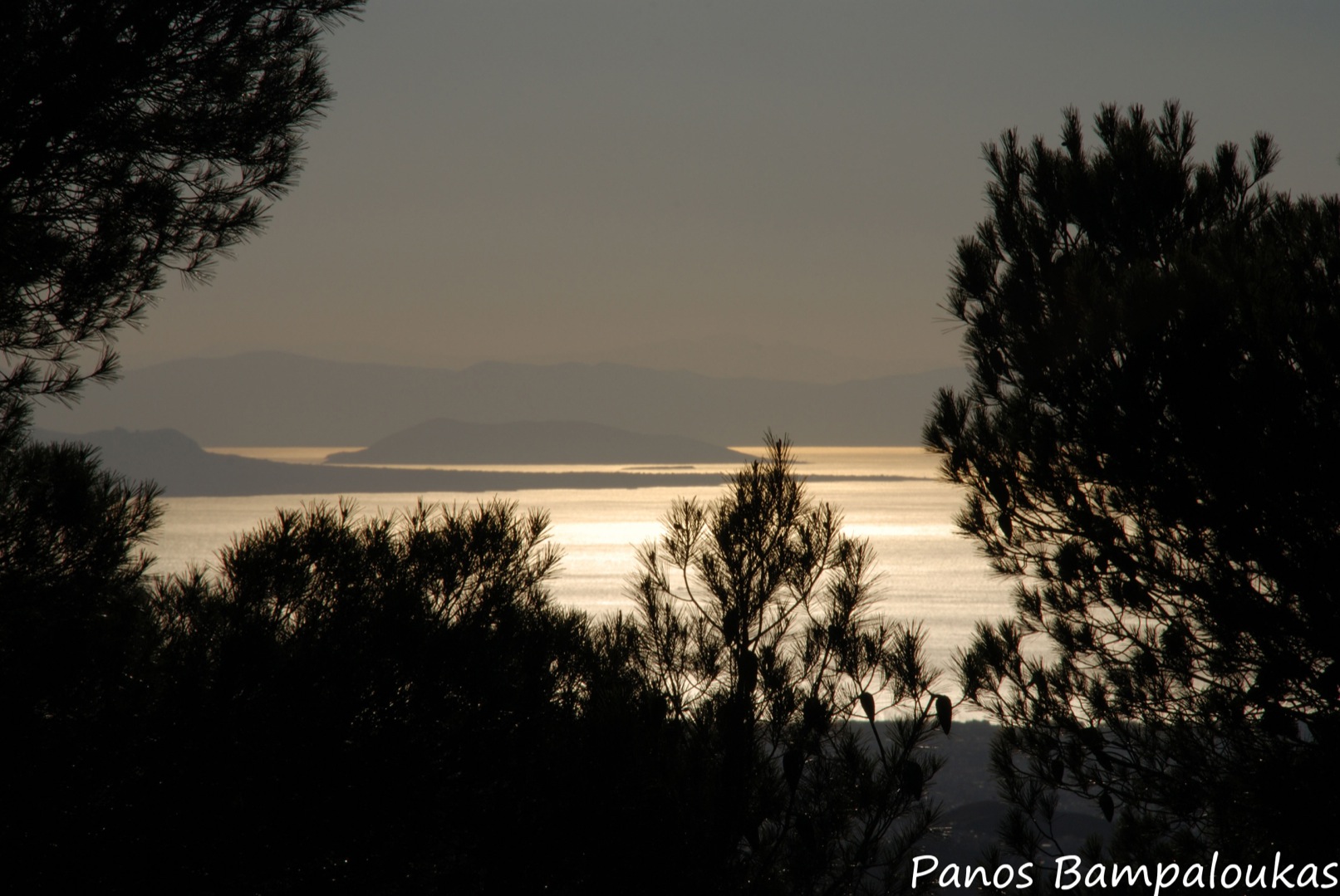 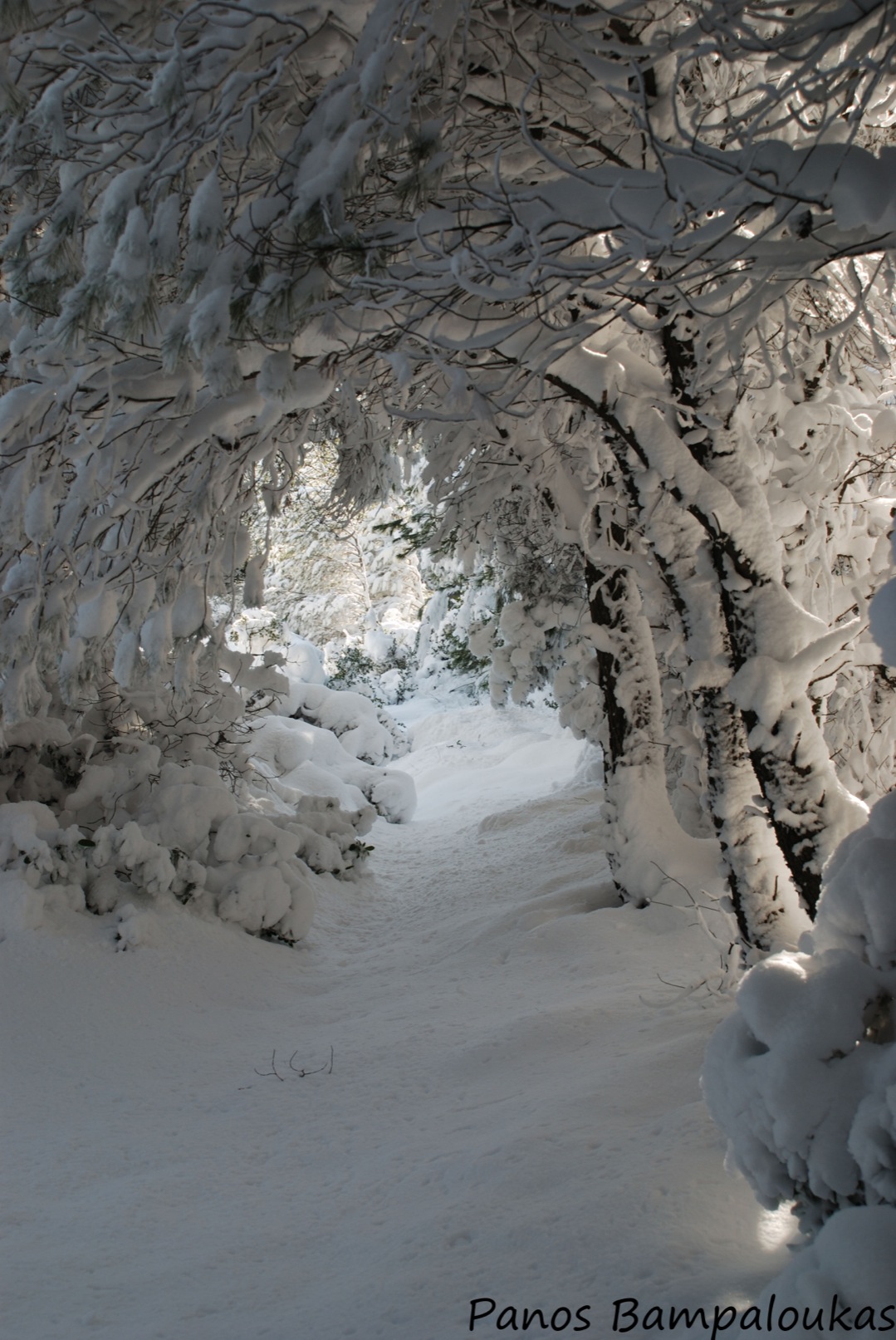 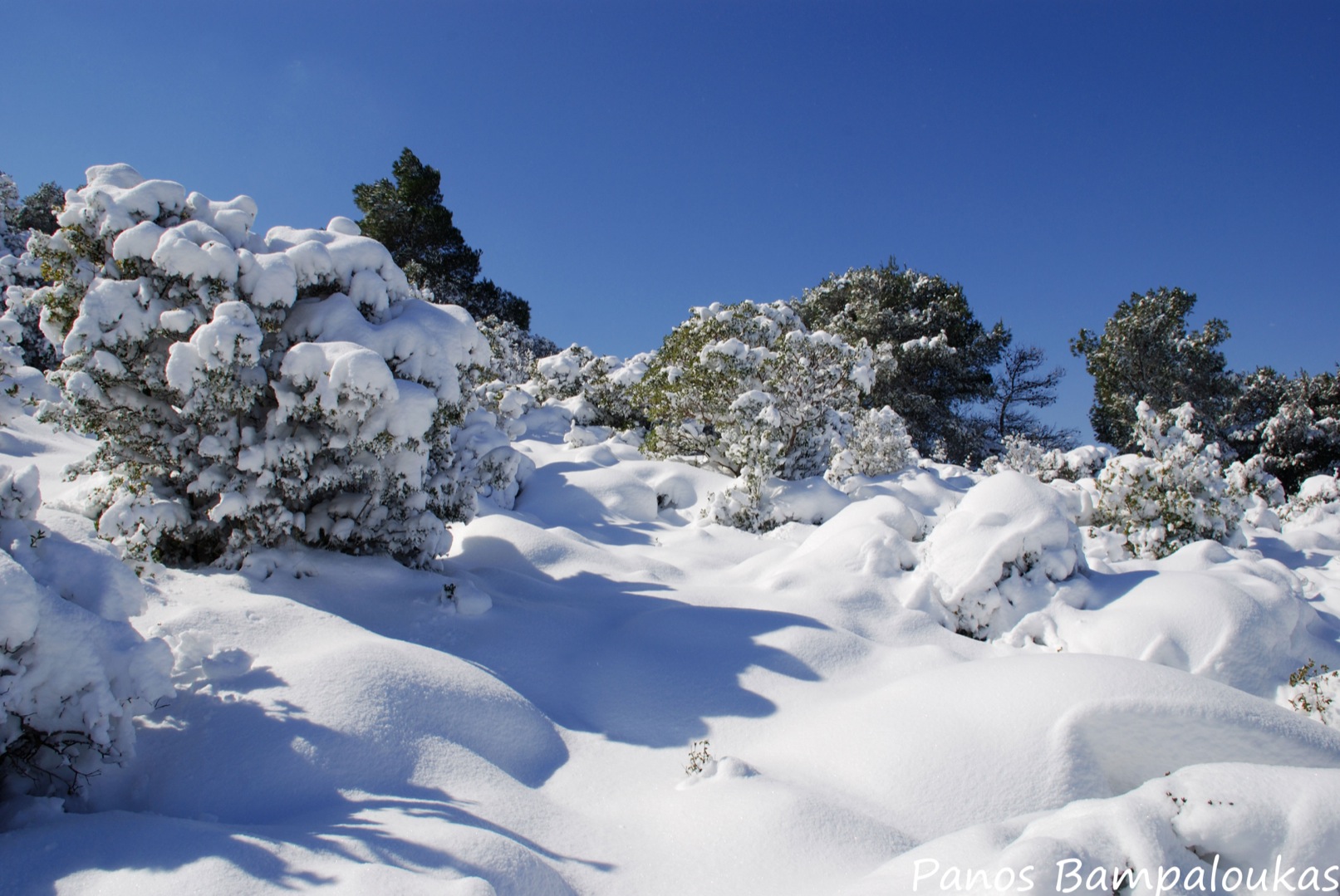 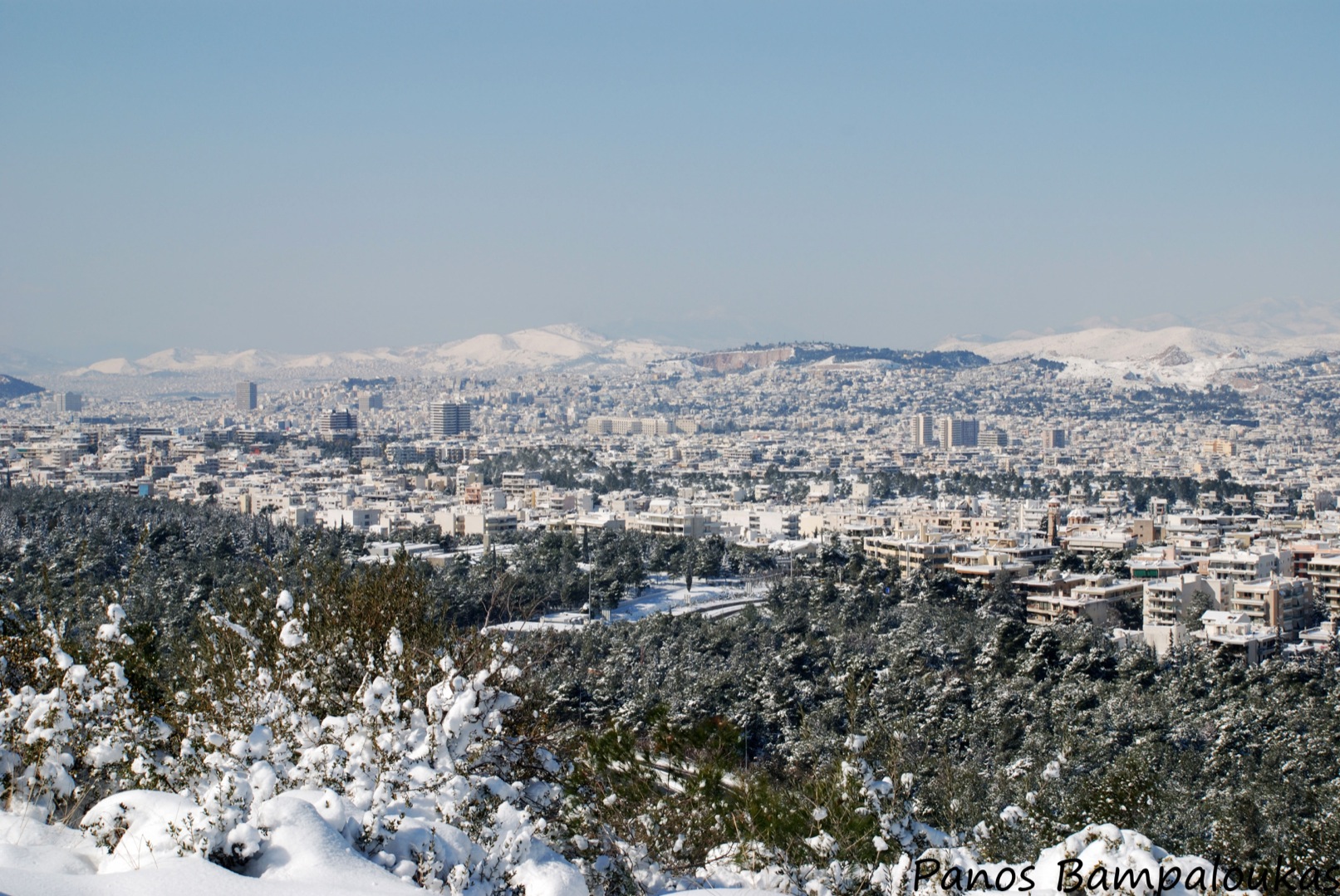 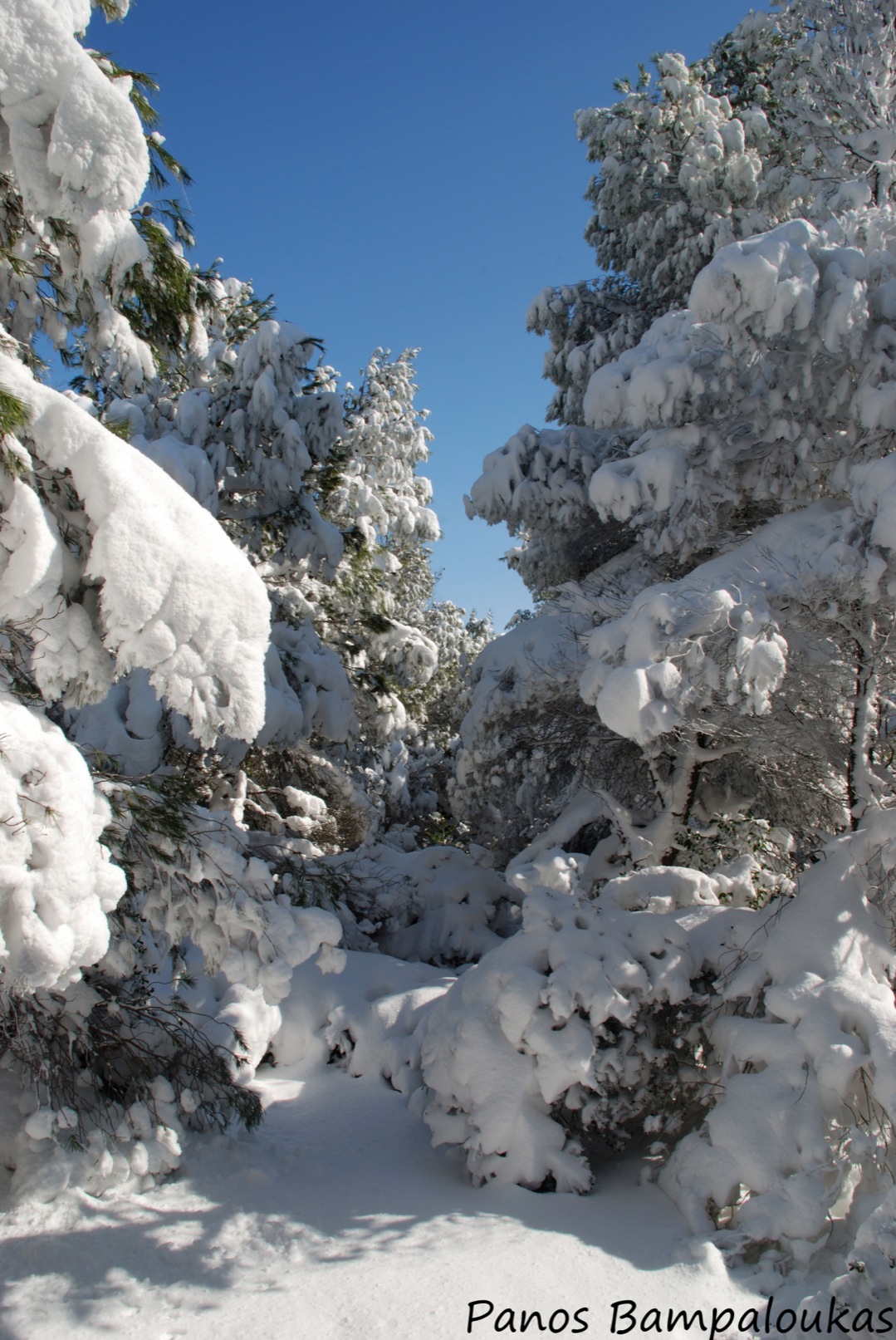 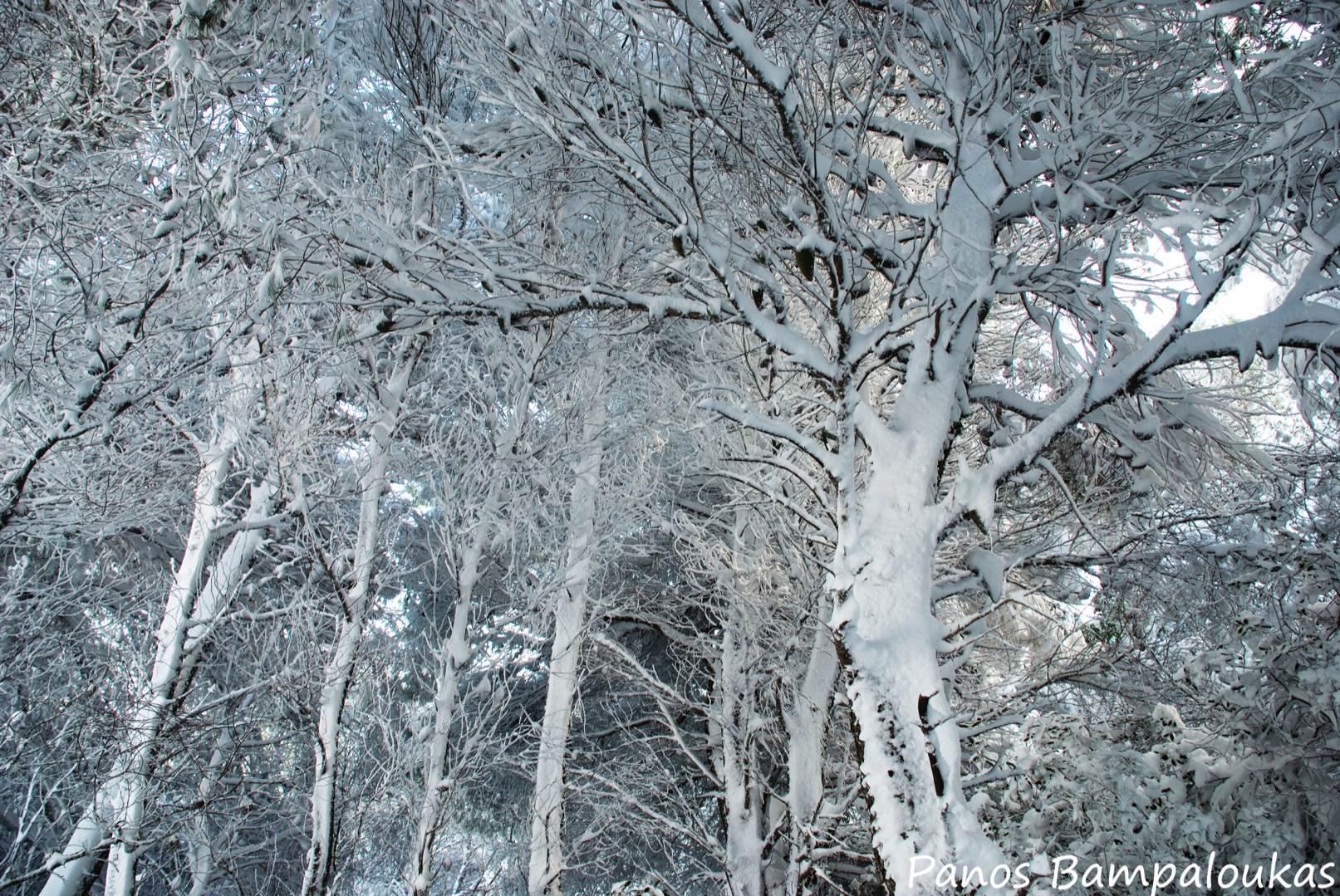 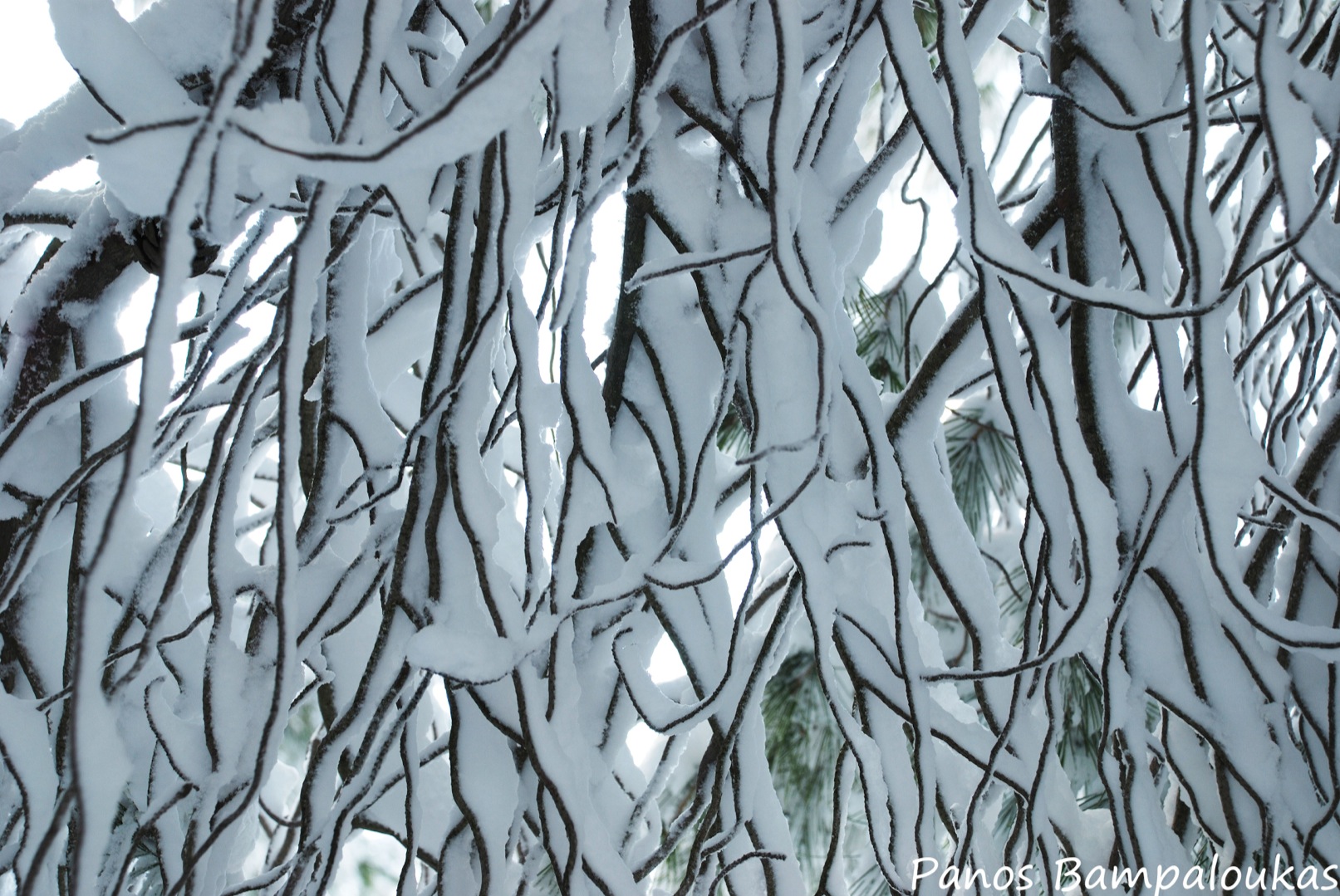 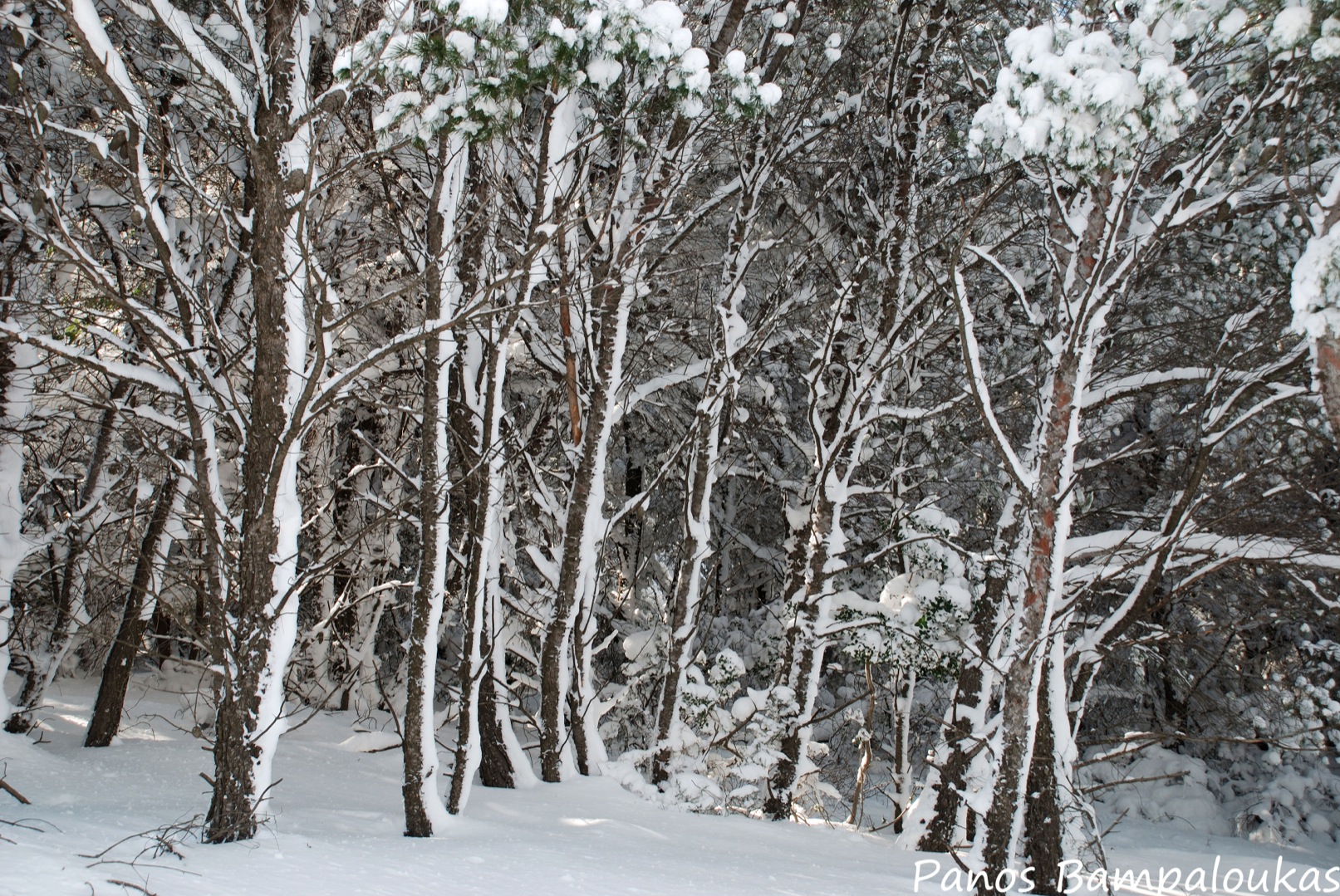 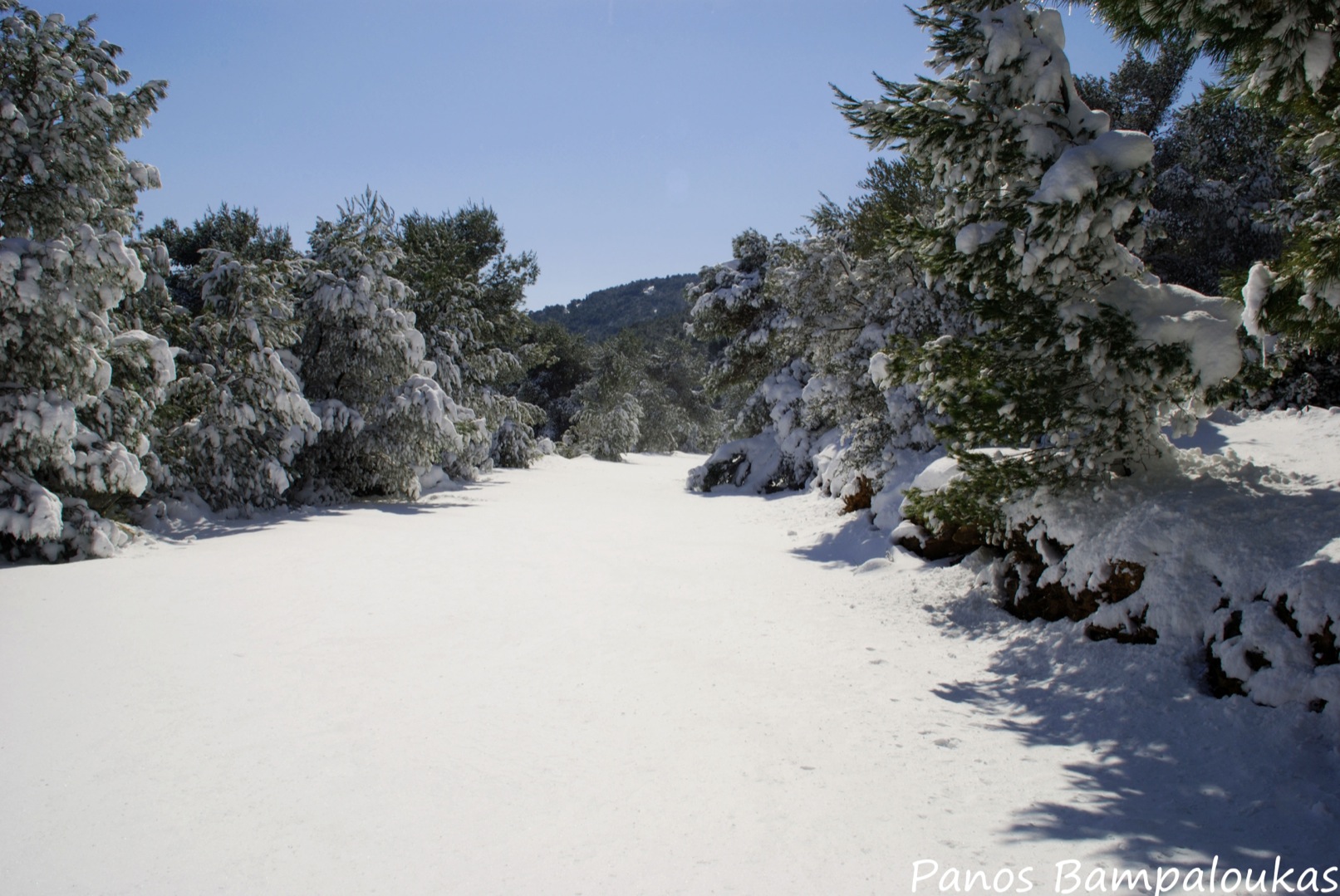 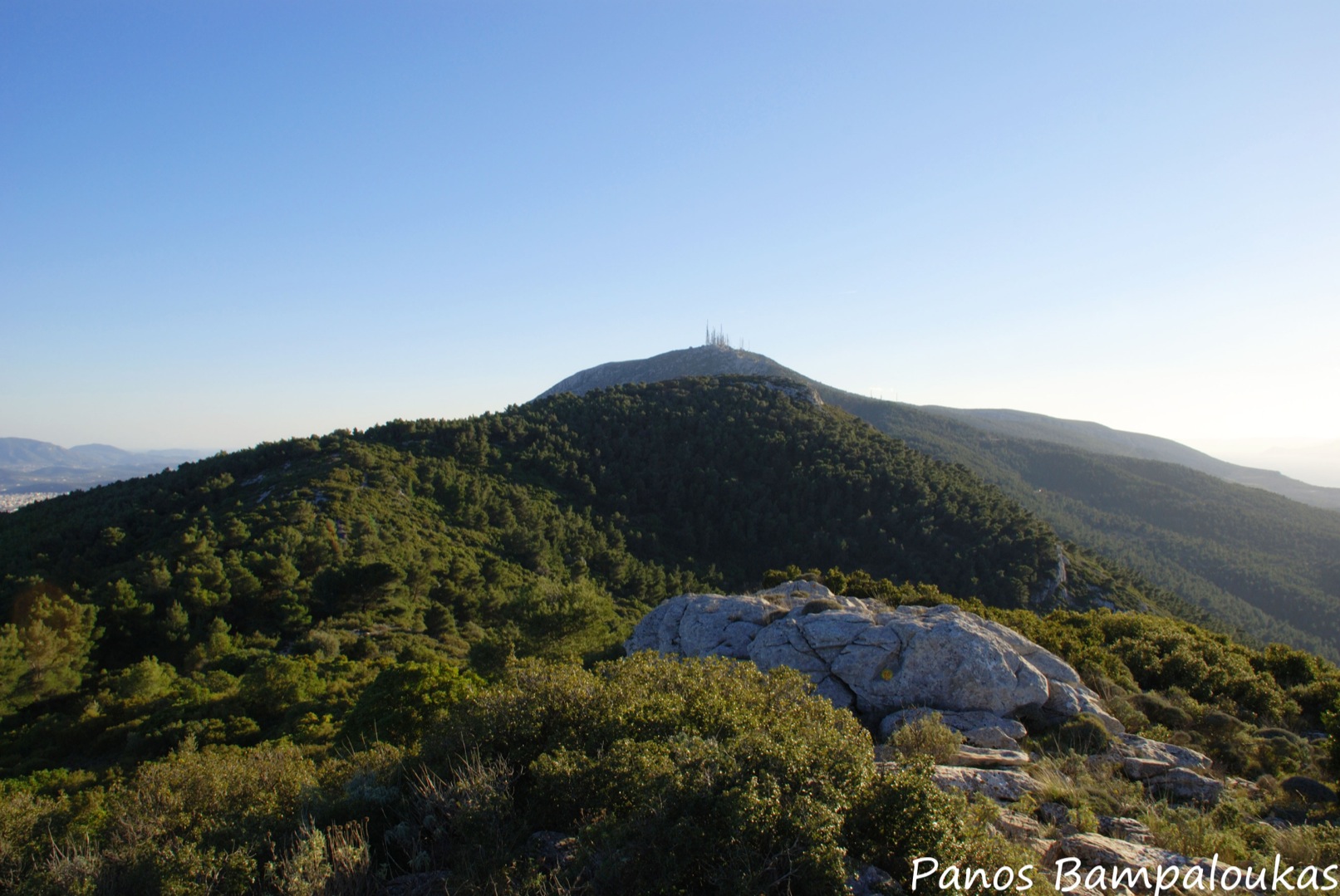